Went by coach the first 3 times, the first out of necessity, the second two as I felt the coaches were kept in a little compound for a good reason! My last few visits though, I have drove and found it is one of the best around! Head straight towards the ground, find St Andrews Street, which backs onto the Main Stand, and there is free street parking literally yards from the ground! 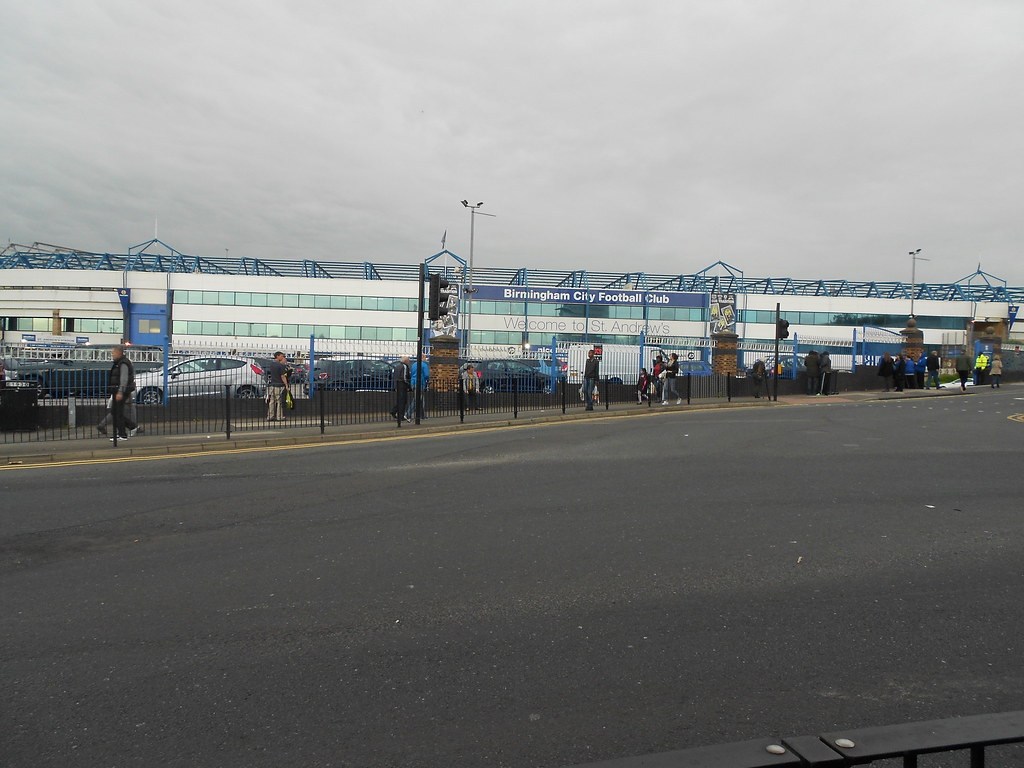 I remember being tempted by the tastiest smelling steak pie on my first visit…only to fight my wayto the front of the scrum downstairs and find none left! Gutted isn’t the word, ended up with a balti which while it may be popular, isn’t exactly my taste! Outside the ground, now Ive had a look around with driving, plenty! Head down Coventry Road and there’s a ton, the obligatory Morrison’s plus cafe, the Cricketers pub down the next street, keep going and an absolute abundance of takeaways. Went in one called Al Forno I think, a fair way down. One hell of a tasty chicken burger, and only a quid as well because I dont have salad! Sweet! 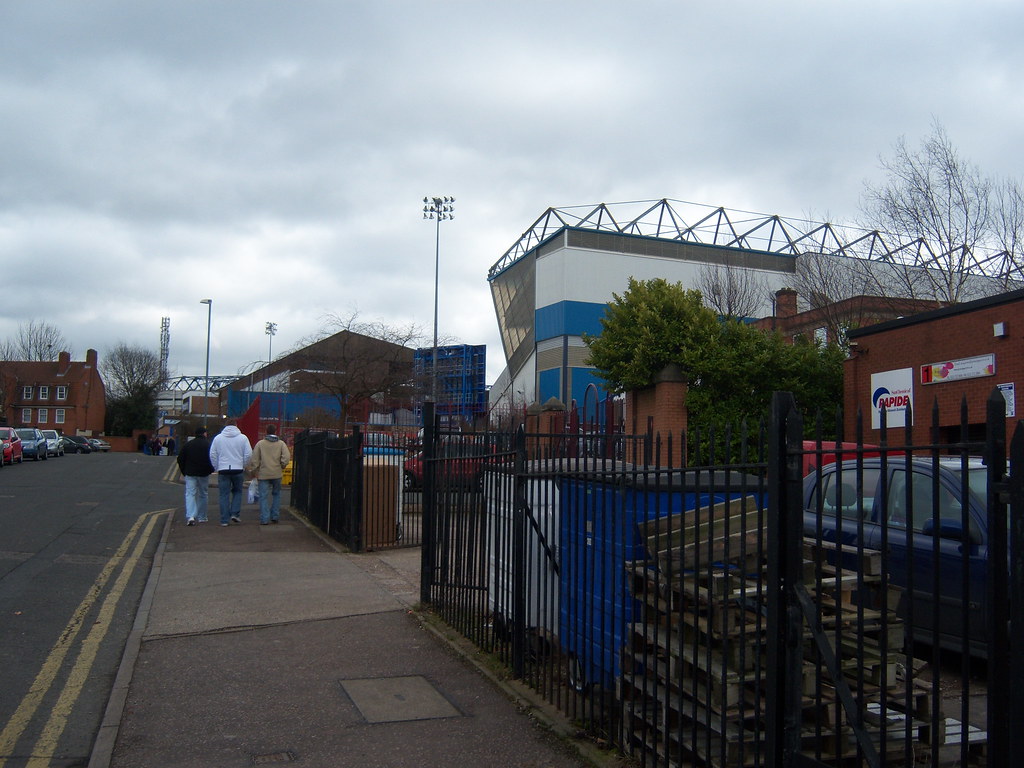 Approaching the ground from behind the Railway End, 2010

The away end is decent, a little bit cramped underneath, but the fact it has a little burger van and an outdoor area means if you want space and still want something to eat, its there! The view from the seats is decent too, so no real problems there. 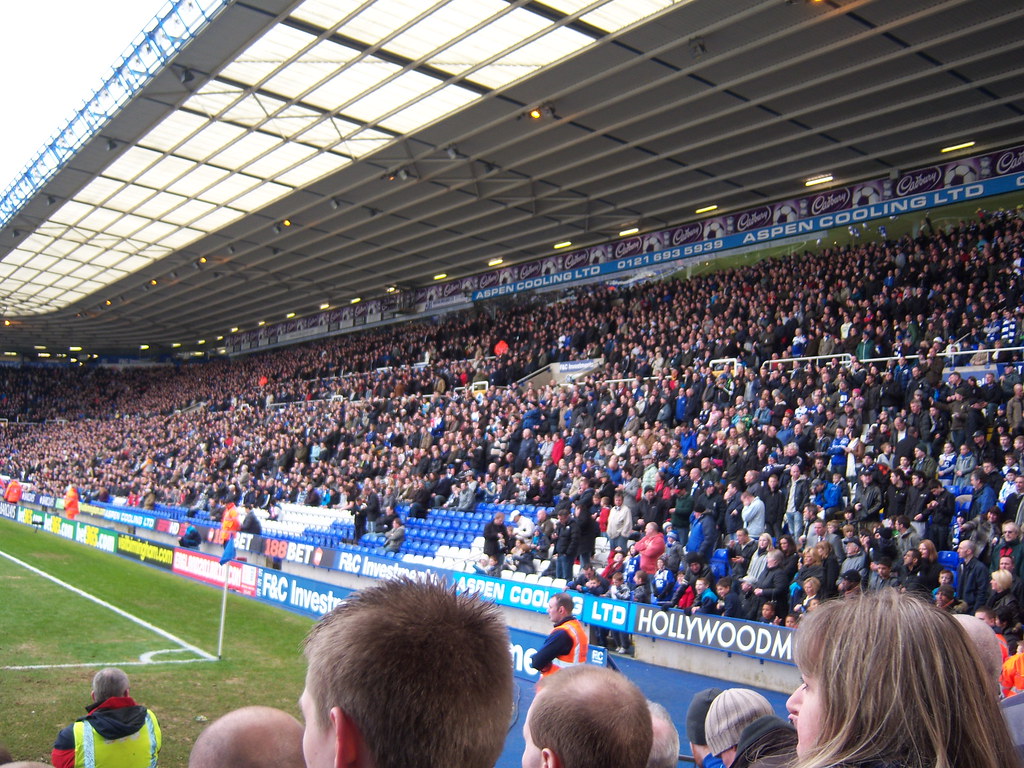 Unfortunately, this has dwindled with each visit due to a variety of problems at Brum. My first visit was a Saturday night match, near full house, both clubs going very well and surprisingly, we had a smaller allocation of 1,600 as its all Everton took. It was well and truly the hardcore though, as the atmosphere from both sets of fans can only be described as raucous. The whole ground just swelled with aggression, and it was the closest I’d seen to Goodison at it’s aggressive best. Next visit, due to Birmingham clamping down on the fans that sit nearest the away end getting a bit too rowdy, had a decent atmosphere but nothing overly special. Next time I went, the ground was half empty, and Birmingham fans barely seemed to give a crap. They have had a lot of issues with the ownership of the club, and a fairly comfortable mid table side being derailed by boardroom problems and alienation of fans. It has really really showed. Even now though since the Carsen Yeung takeover and a lot of good feeling around the club on and off the pitch, the atmosphere hasnt returned and neither have the crowds. It was decent on my last visit however, think the Birmingham fans recognised how it important it was as they were fighting relegation as the crowd and atmosphere was much better than Id seen it in years. 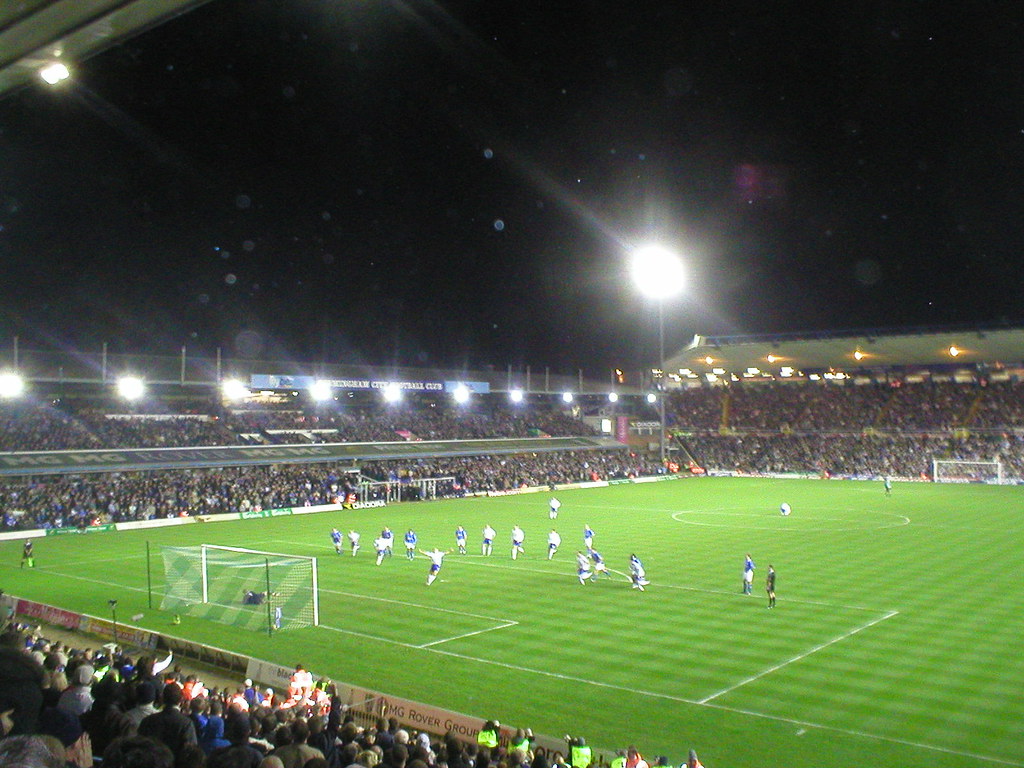 Pre kick off atmosphere at Brum is awesome, and for one good reason…Mr Blue Sky! Keep Right On is quality too. 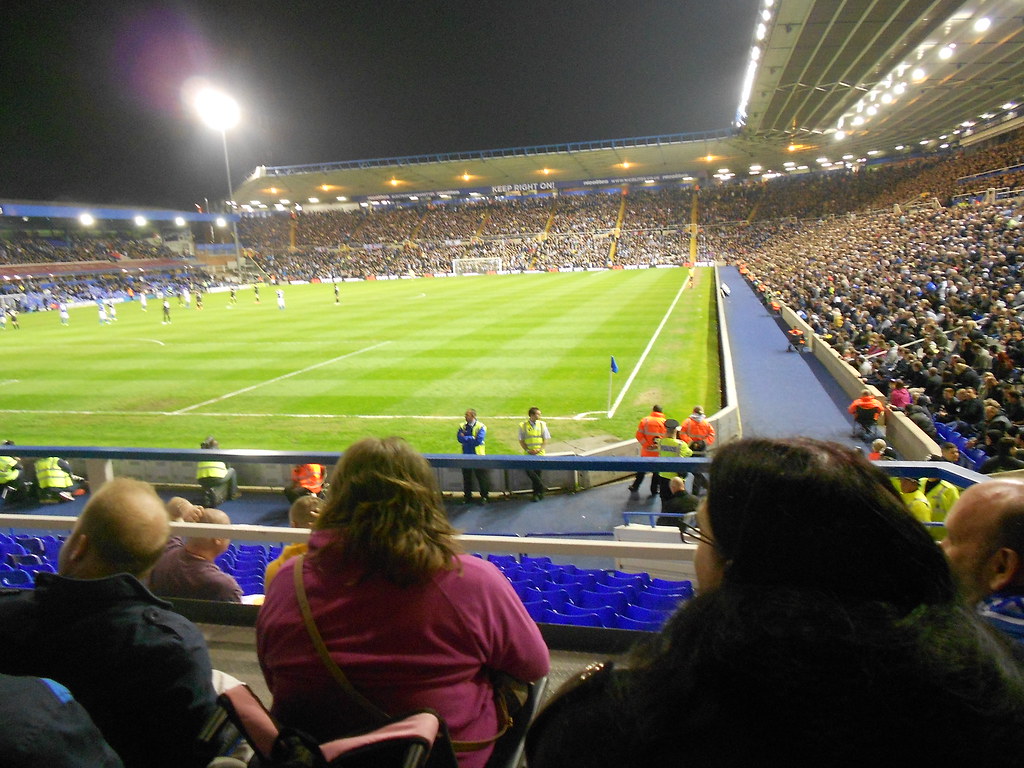 Looking towards the Tilton Road End, 2014

On their day, Birmingham can make a great atmosphere and so can we. One I always look forward to a fair bit, but definitely disappointed last time. Now Ive had a bit more of a look around outside the ground, one of the better away days in the Prem these days. No hassle from coppers or stewards, the fans seem to get on pretty well with us, and a decent ground.
St Andrews Photos
Posted by Unknown at 05:57