Went via the M6/ M54 on the way there, but found the more scenic A59 way through North Wales and Cheshire a hell of a lot quicker and less boring! Parked up just behind the away end for £2. Lovely stuff. 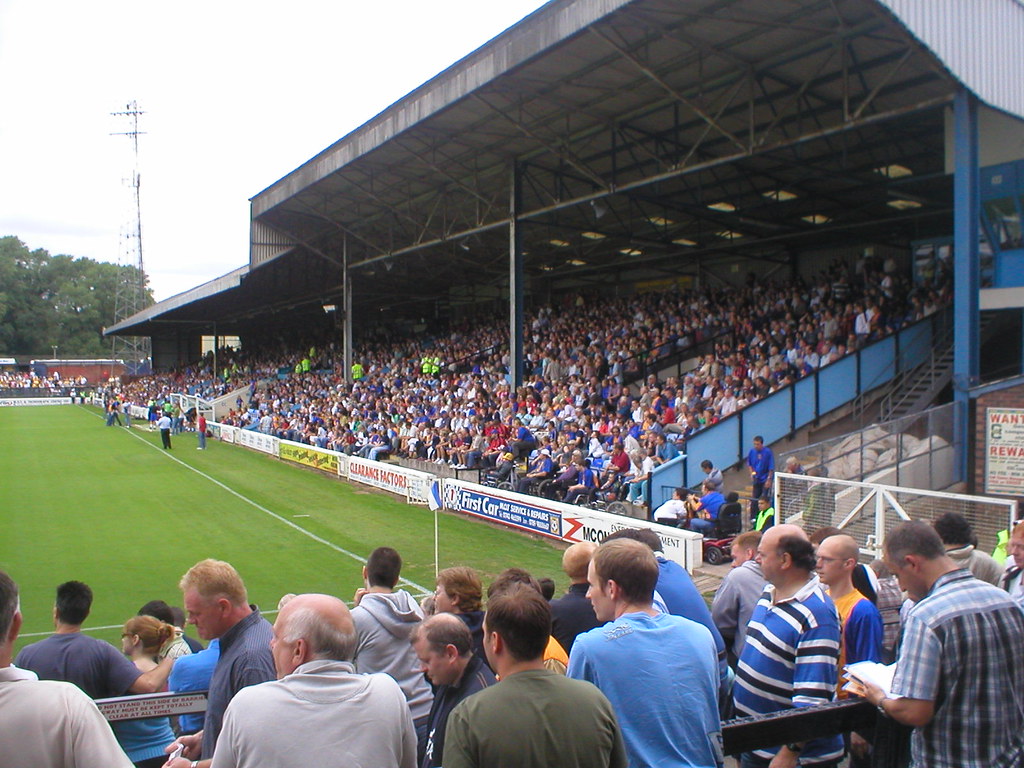 The location of the ground is brilliant, unbelievably picturesque. From the way you can see the church and trees behind the Riverside and Station End, the gothic buildings and the little park alongside the Severn. A ground well and truly in the heart of its community! Which of course, means town centre and pubs! We went in a pub called the Crown just down the street from the ground, had a decent beer garden and both sets of fans mixing pretty well. 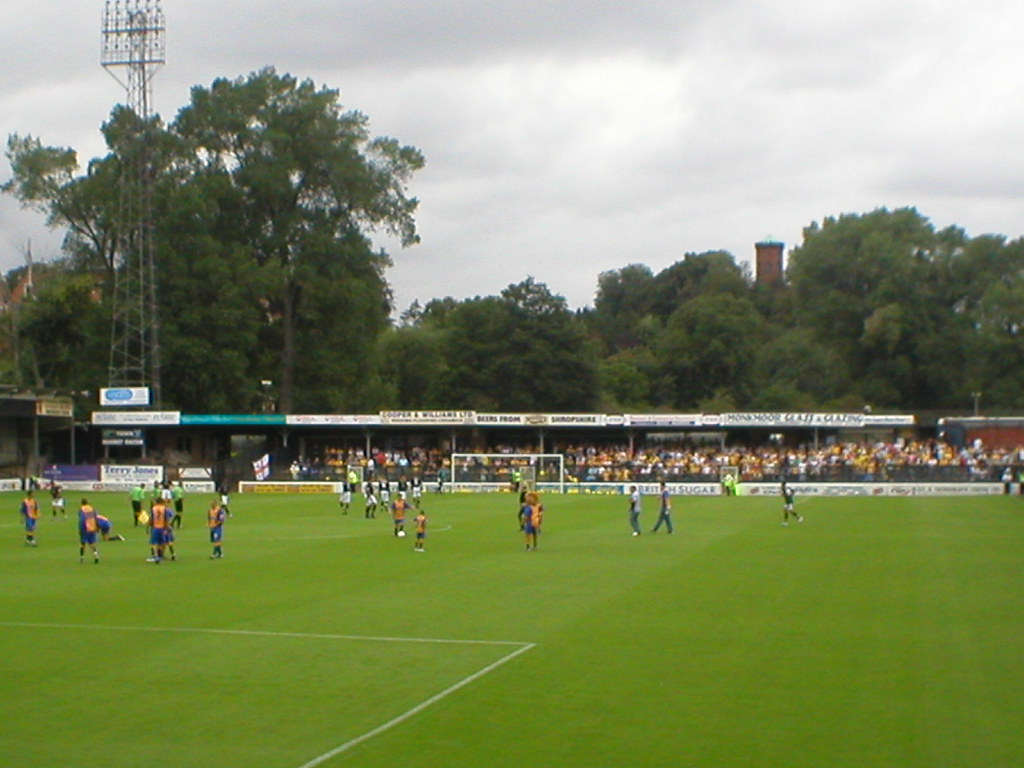 Mansfield fans in the Station End

The picturesque setting is the main reason Shrewsbury had to move in the end, with the Severn coming right up to the back of the Riverside Stand, and of course causing pitch problems all the time. Classic old school ground, terracing on three sides, uncovered behind both goals, and a fair size seated Main Stand. Classic. 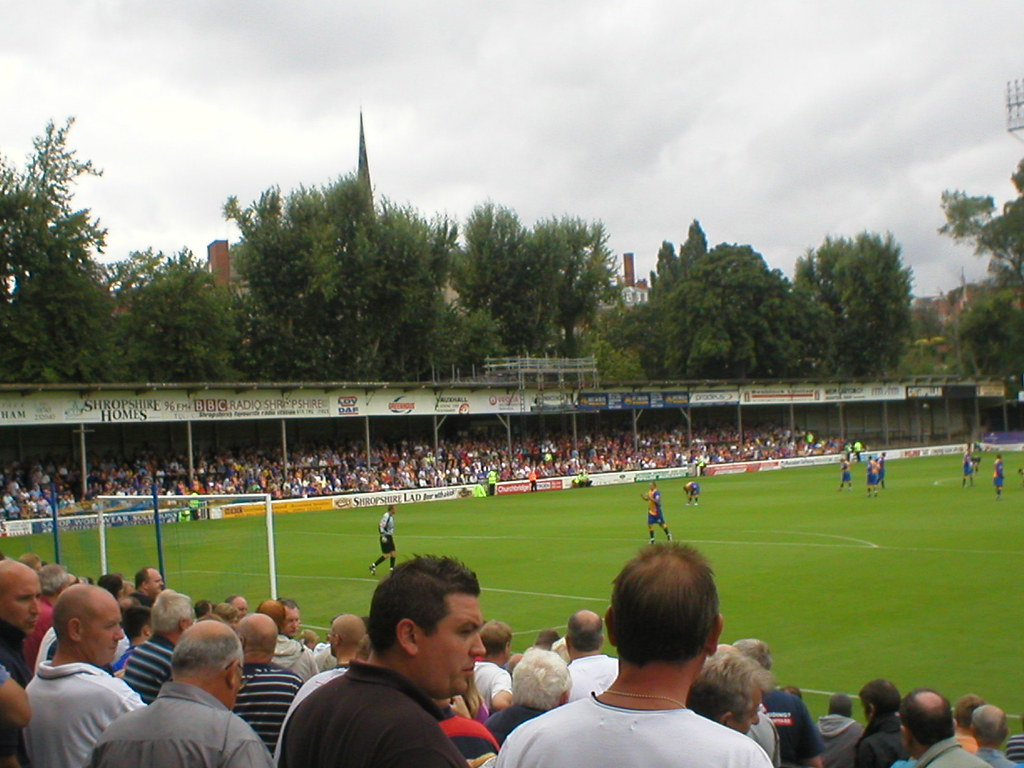 Wasn’t brilliant to be honest, having two uncovered ends never helps, as it puts so much emphasis on the covered terrace. The Mansfield fans were excellent though, especially considering they were uncovered but there were a good number of them too and it really helped, as did the fact it was a good end to end game. 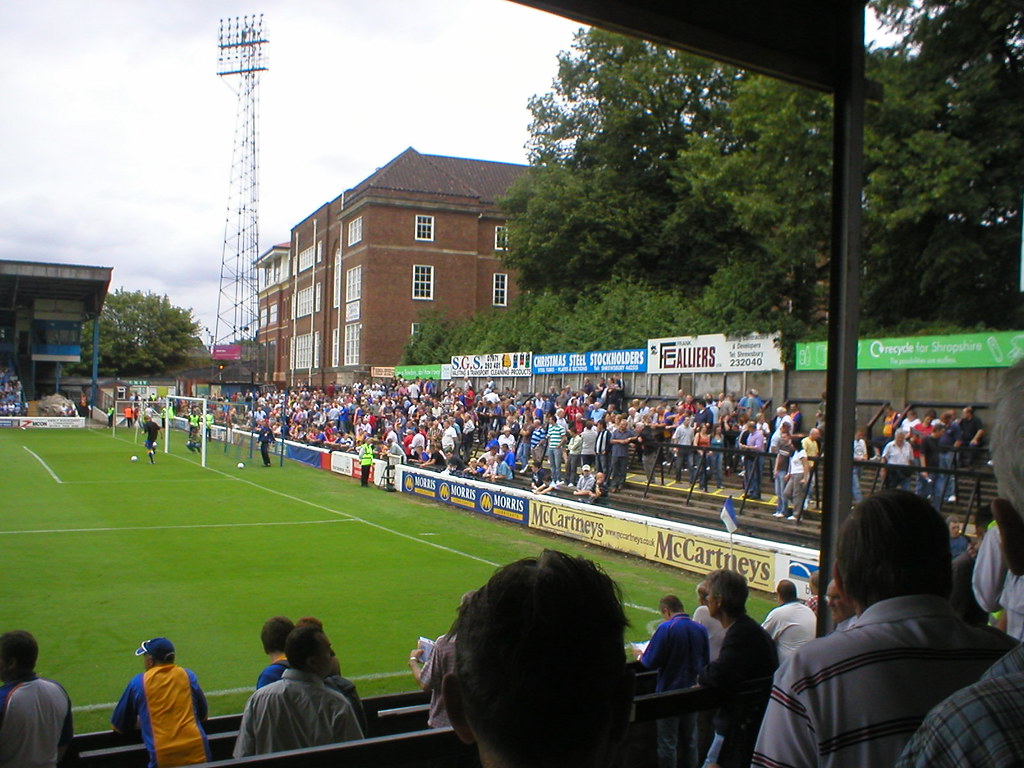 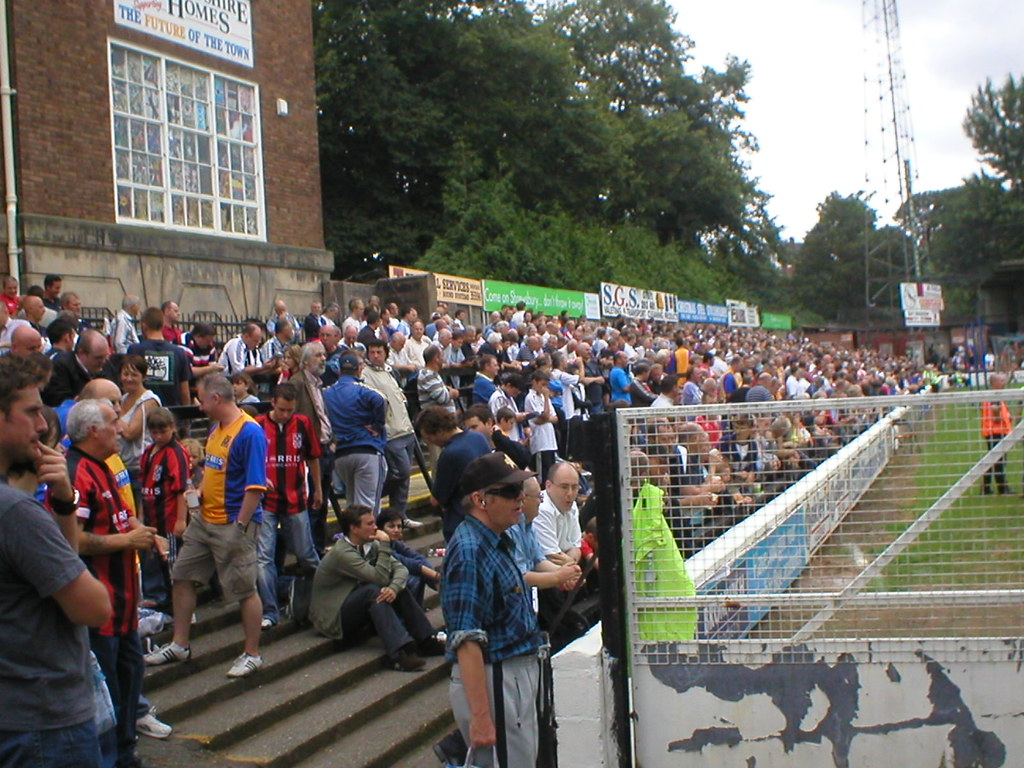 Another view of the Wakeman End

Cracking old school ground, but their reasons for needing to move are pretty obvious and it was a necessary evil.
Gay Meadow/ New Meadow Photos
Posted by Unknown at 08:24