The ground was easily accessed from the East Lancs Road, not far from the motorway. Parking was always nice and easy too given the size of Leigh’s crowds, I arrived fairly late on the day I went, and despite the fact there was nothing but street parking, still found a spot right outside the turnstiles. 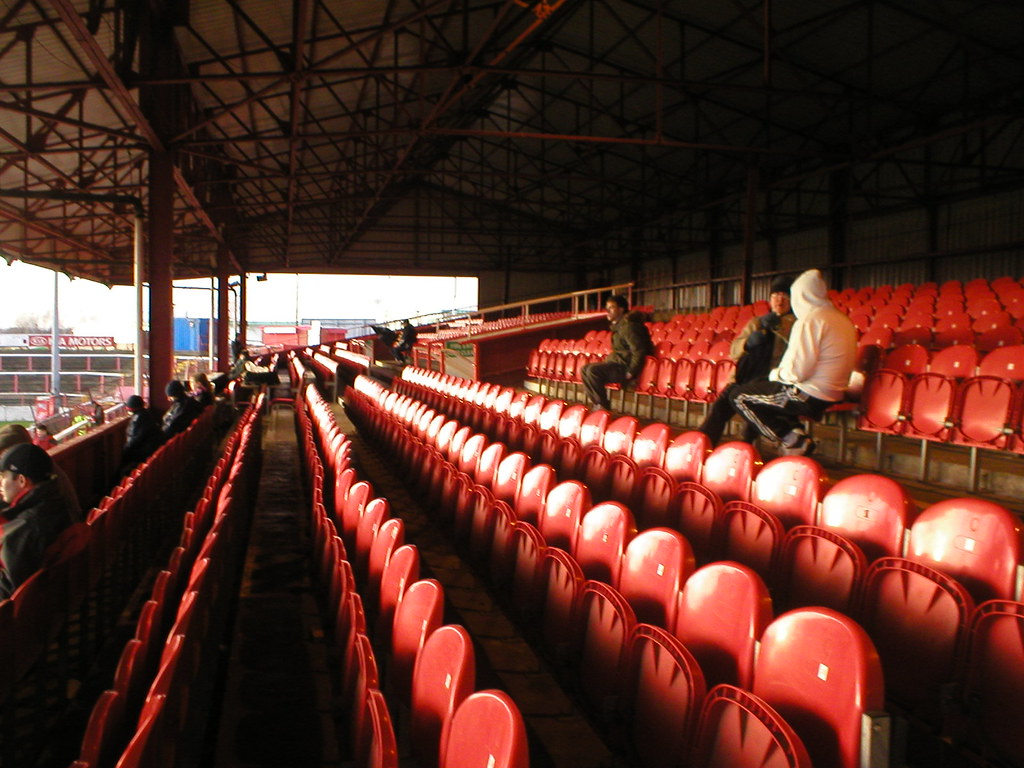 Inside the Tommy Sale Stand

Across the street from the Asda and the town centre isnt too far. Loads of pubs within walking distance too, the Railway just past the retail park on Atherleigh Way one of the more recommended, though I did used to like the Waterside when I was at college down the road. 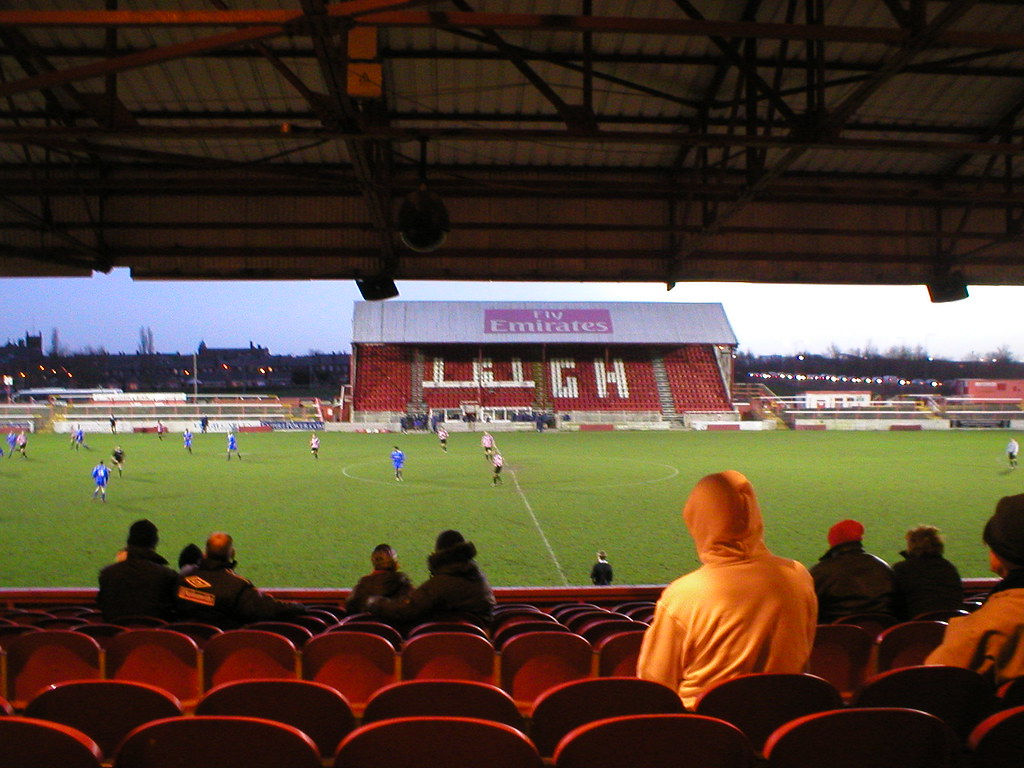 The ground was far far too big for a club Leigh’s size. i think capacity was around 10,000 when it was knocked down, but Leigh only got 200 on a good day. So few in fact all supporters were housed in the Tommy Sale Stand, leaving three stands empty. Two big empty terraces at either end, and the newish Main Stand opposite, the Tommy Sale Stand was probably the worst of the lot in the seated area! Pillars galore, but if you wanted to stand, there was the paddock at the front, so not all bad. 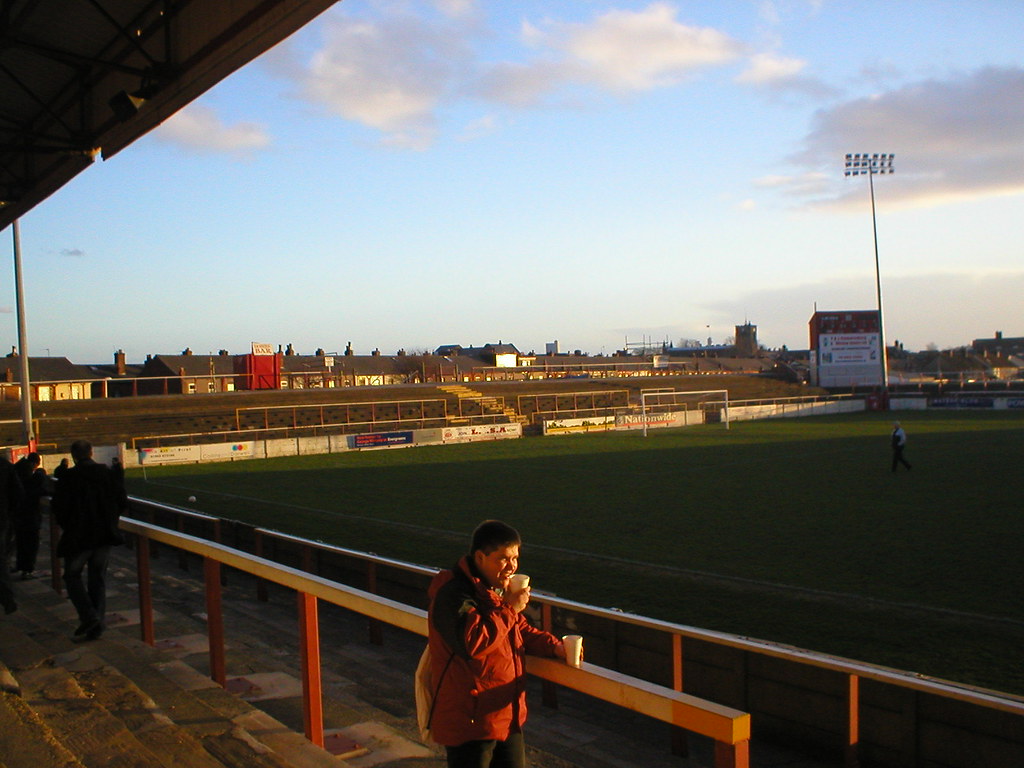 As you would imagine in a ground only about 2% full, pretty dire! In fairness to the Stalybridge fans, they actually made quite an effort and never shut up throughout, and the acoustics in the stand weren’t bad considering we were all in there together. 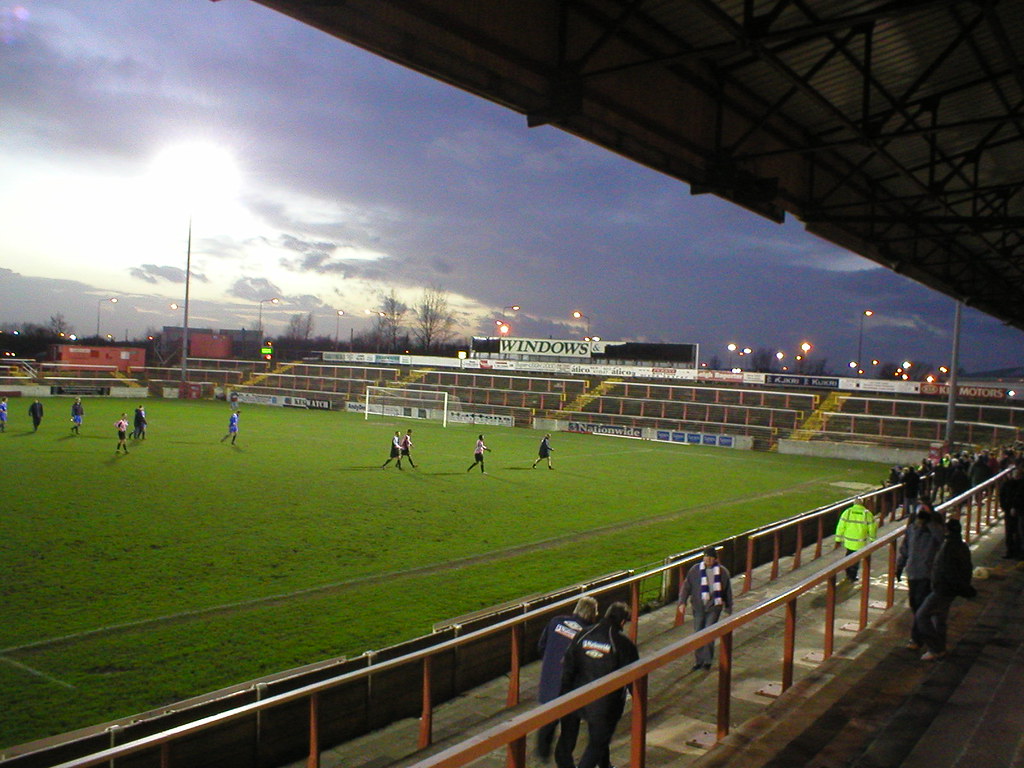 Leigh it seems no longer have a football club after their most recent incarnation, Leigh Genesis went under. They did originally share the new sports village, before ending up groundsharing with the likes of Chorley and Atherton before going out of existence.

The fact that Leigh groundshared with the rugby team means it will always be a bit of an odd experience seeing football at such a low level but in such a big ground.
Hilton Park Photos
Posted by Unknown at 11:13