Signposted from the motorway, though Huddersfield has some strange roads! SatNav got me there okay though. Down the road from the ground, there was a massive pay and display. Free after 6pm as well, which I frustratingly didn’t notice until Id paid! £2.50 for 5 hours otherwise, and I surprisingly didn’t hit traffic once getting out of town. 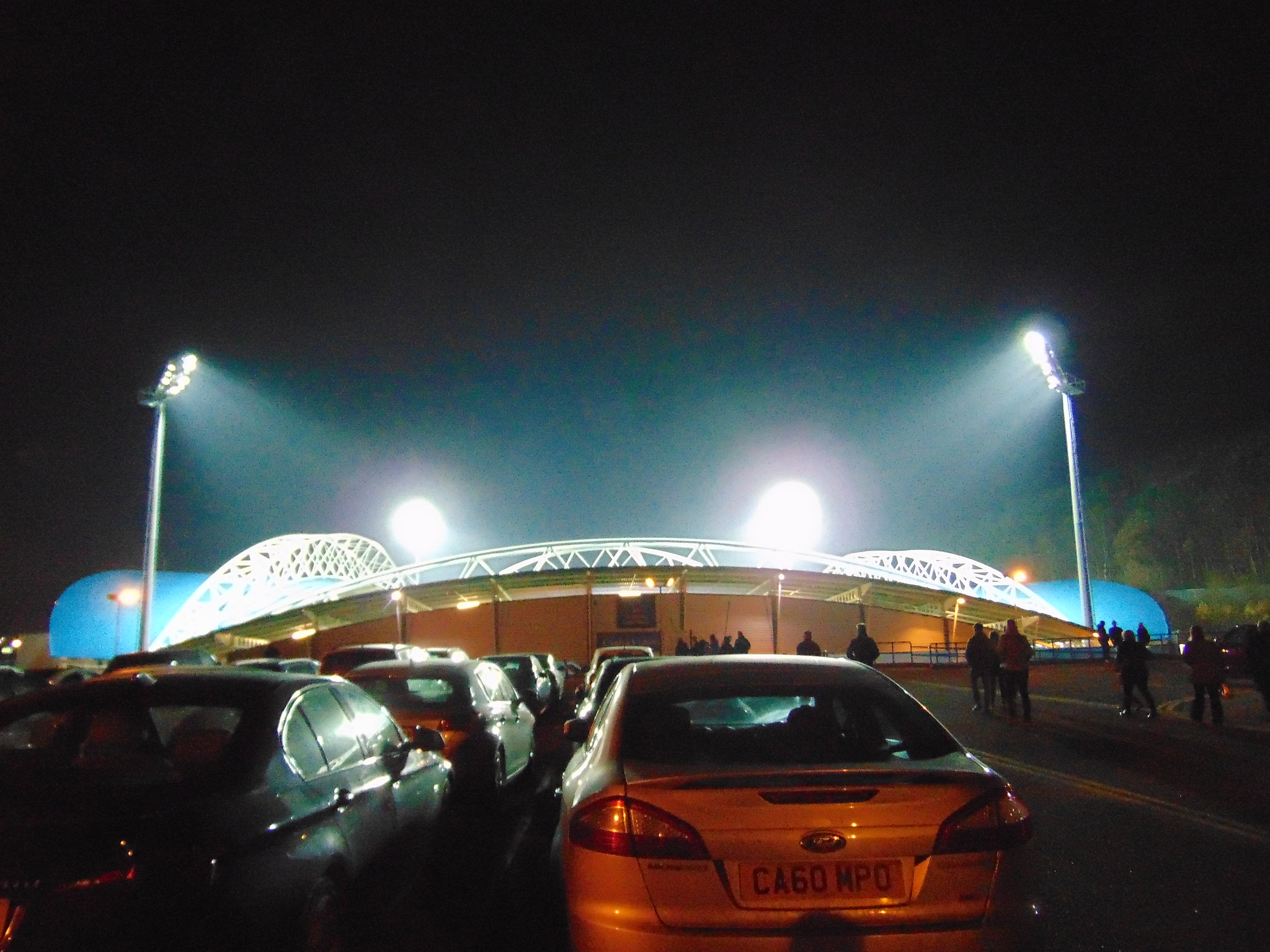 Not a lot. Built on a retail park, so Pizza Hut and a cinema! There was a pub there as well, but it was shut, presumably because Leeds were the visitors 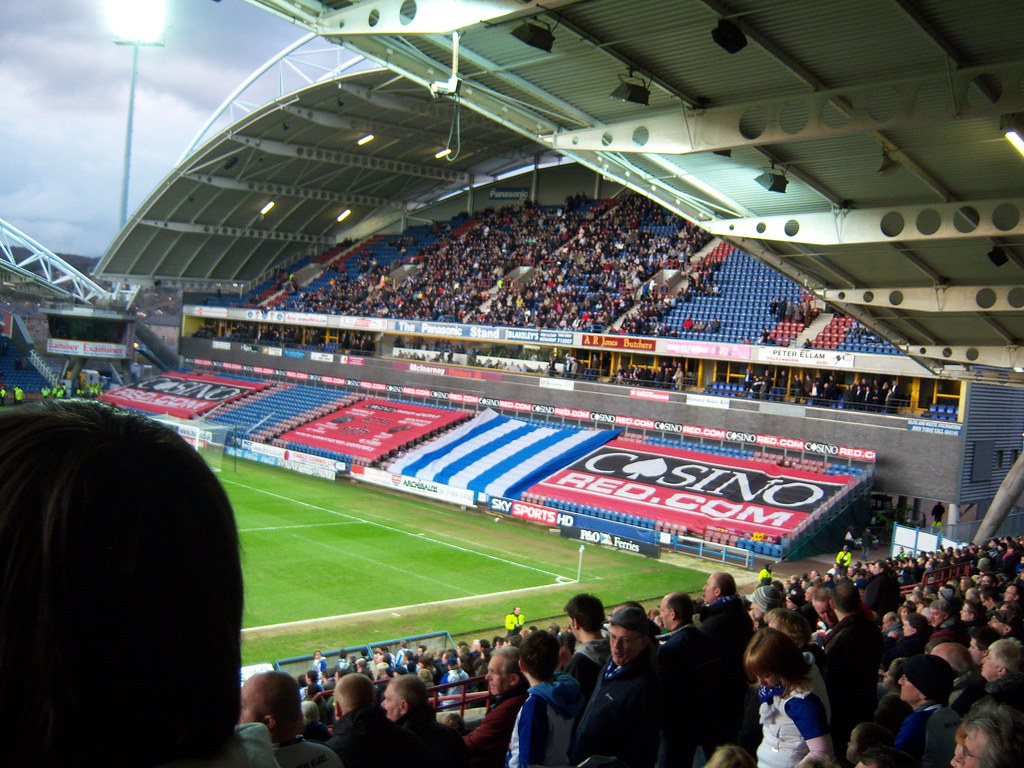 Reminds me a lot of the Reebok, the two double tiered stands are quite similar, while the rake of the single tiered stand I was in was very good with good height between the rows. Excellent view, though under the stand was a bit of a crush. The away section likewise is good, if a bit short on facilitiees now the stand is split with home fans. 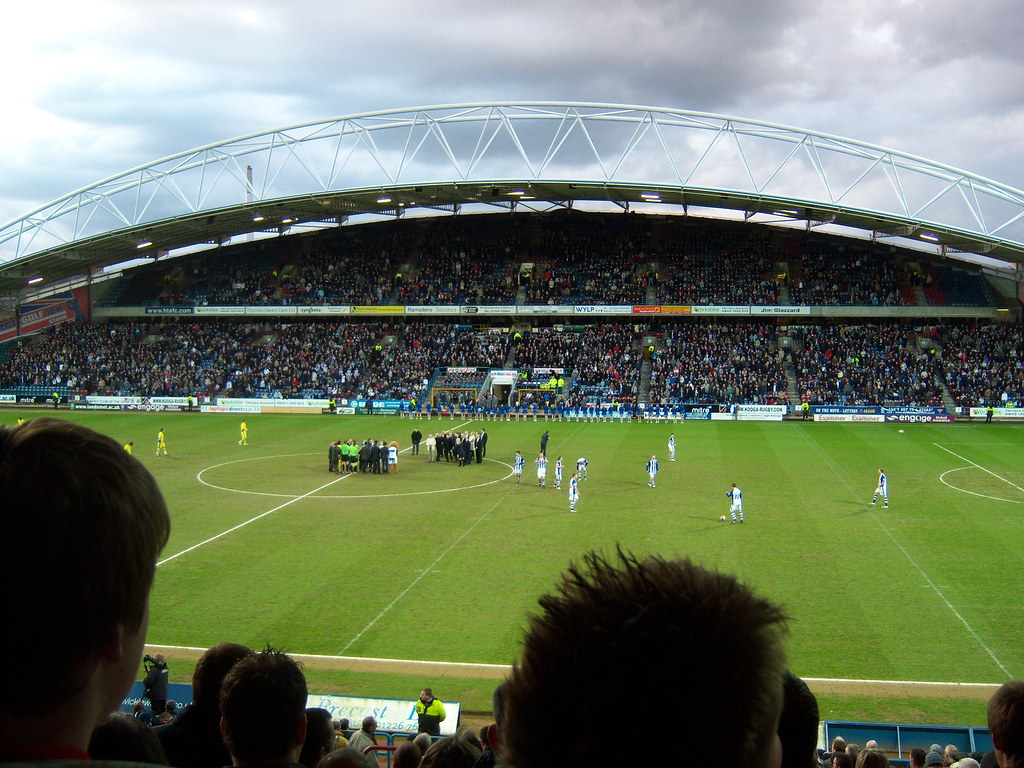 Very good, understandably with it being such a big crowd and a big Derby. Leeds fans were loud first half but shut up second, while the Hudds fans got louder as the game went on, especially after the goal obviously. The South Stand was split on my second visit, with Huddersfield trying to create some kind of ultras corner. 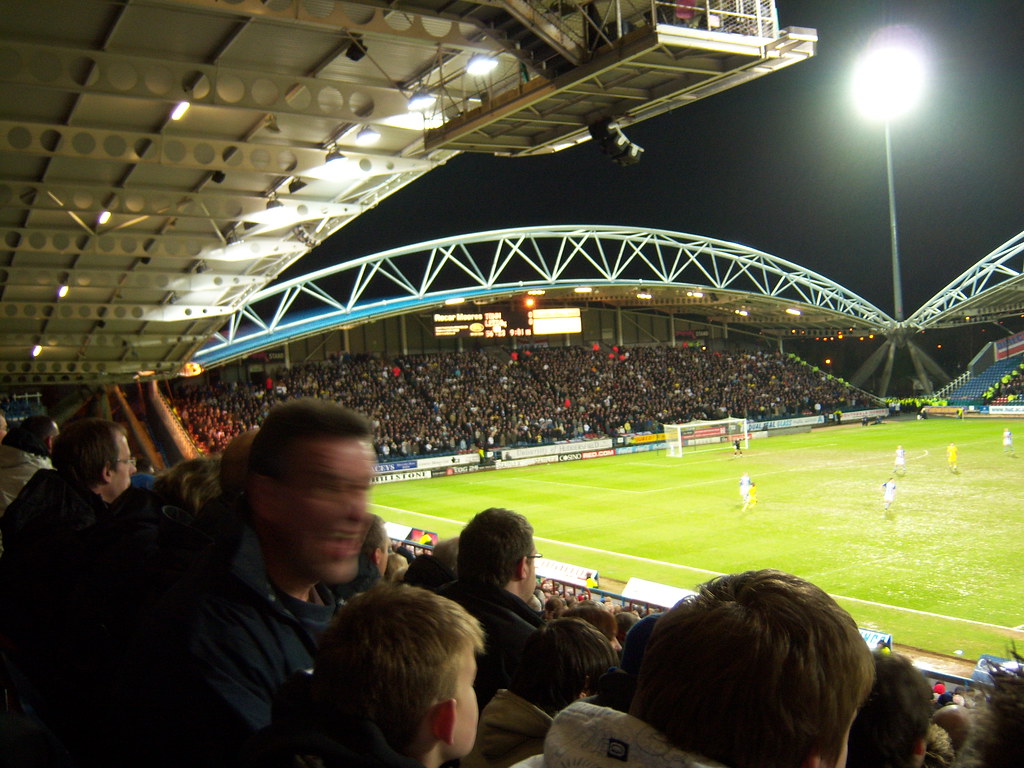 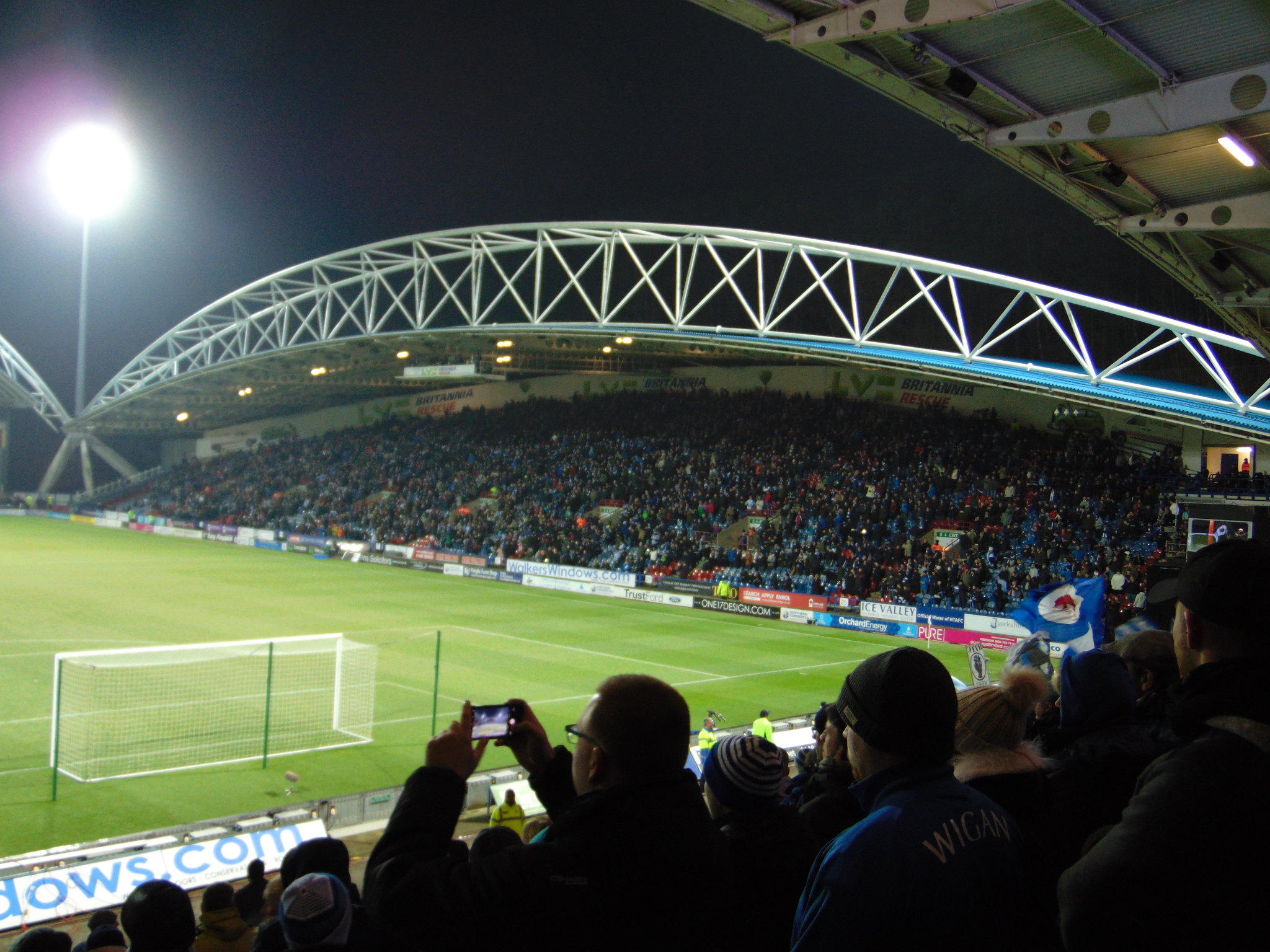 Not a fan of new grounds, but quite enjoyed the game and the atmosphere.
John Smiths Stadium Photos
Posted by Unknown at 14:48