The majority of the route was no problem, having been to Middlesbrough a few times and it’s not far. The traffic once you get into Hartlepool though is horrendous. And parking even harder, given that they closed the road past the ground, where there was a little pay car park, so I had to drive around in circles for about another 45 minutes to try to find my way to the other end of that road! Not exactly the best car park though, given that the surface was…shall we say unpredictable? Other than that, convenient and wasn’t nearly as bad getting out after as it was getting in! 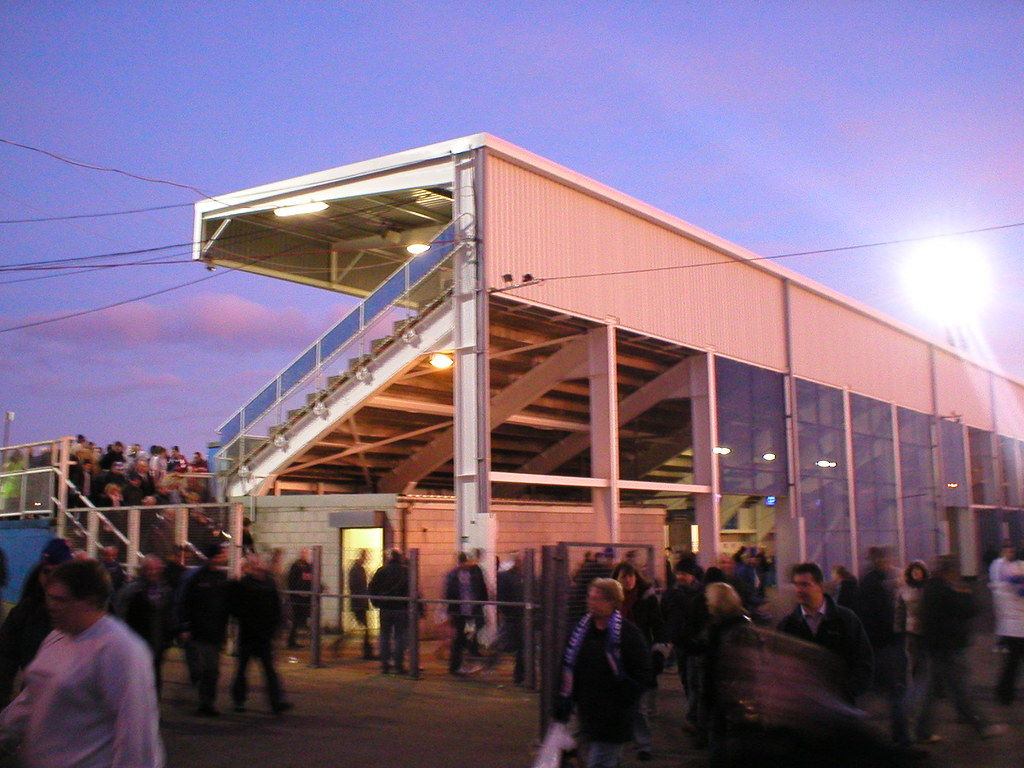 Rear of the Camerons Brewery Stand after the game

Because of my detour, I was late arriving so didn’t get much of a chance to look around. 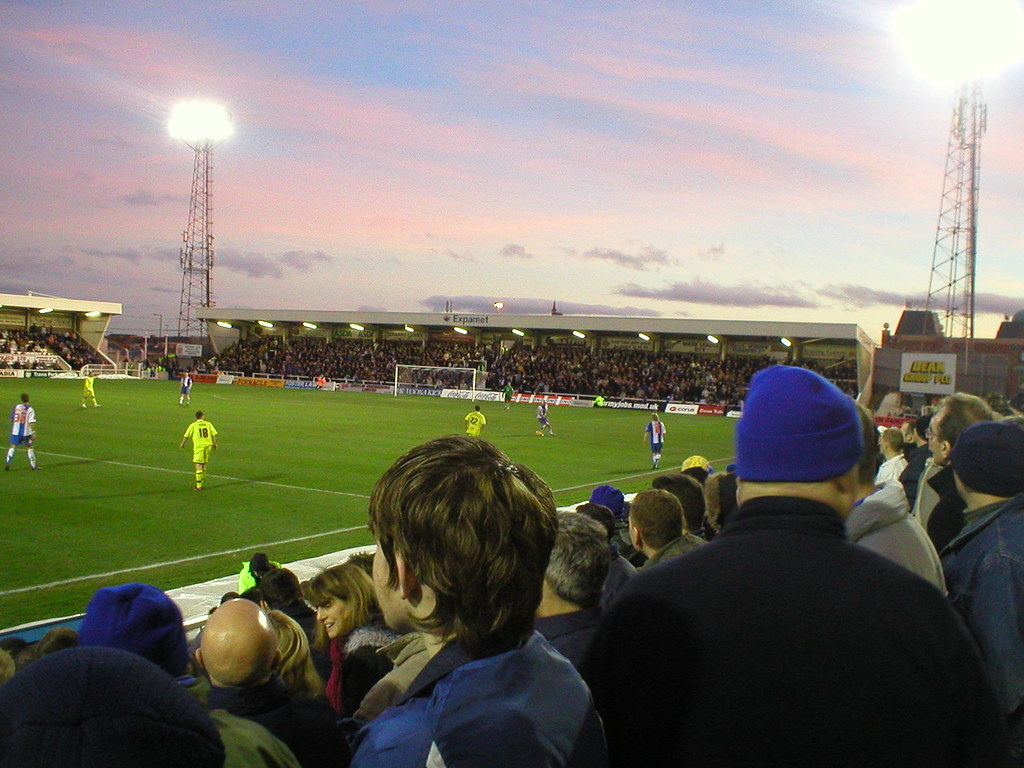 I love the ground on the inside. Another of those lower league grounds that seems to get a really good balance and is interesting to look at. I was in the Camerons Brewery Stand, in the paddock at the front, while there was also raised seating behind. There was also terracing behind one goal in the Town End, and unobstructed seating in the Main Stand. The worst stand in the ground is probably the one for away fans, and even so, it’s still a half decent little seated stand with just a few pillars to worry about. 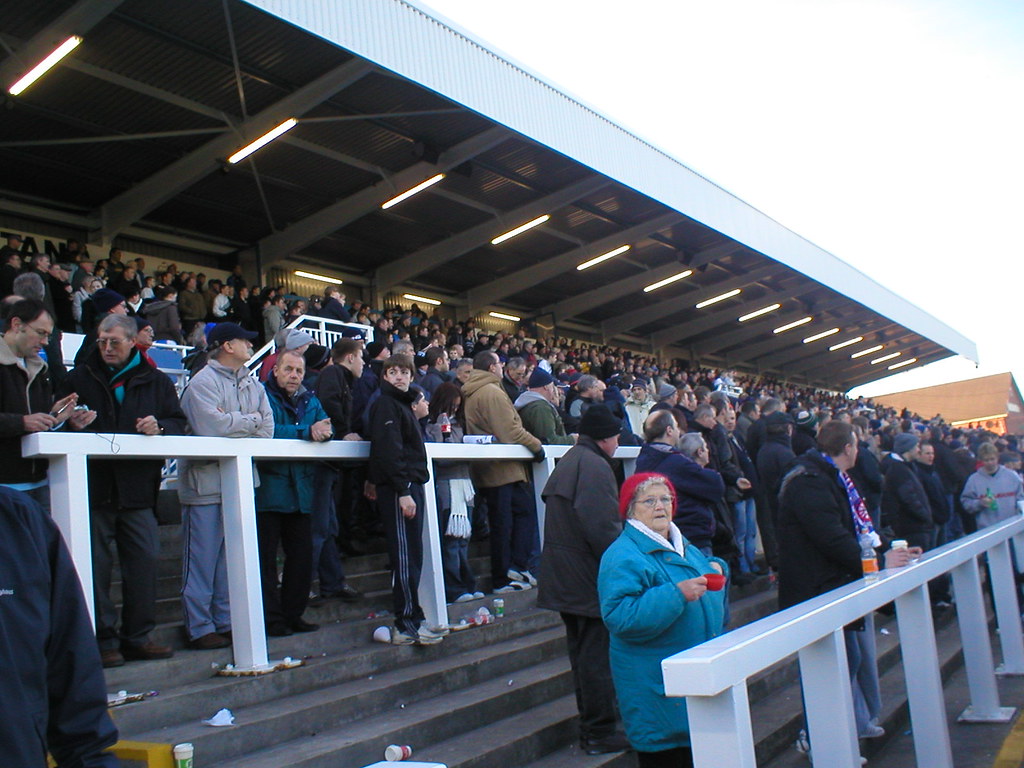 Not the greatest, but decent acoustics meant on the rare occasions it did get going, it was really good. 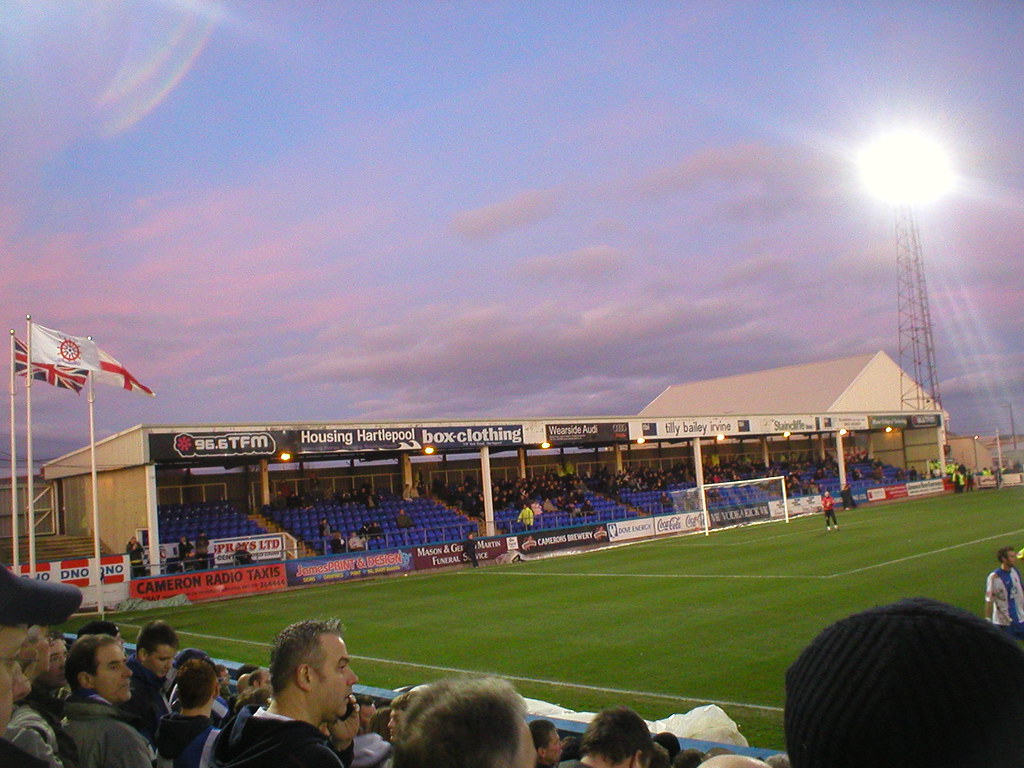 Bury fans in the Rink End 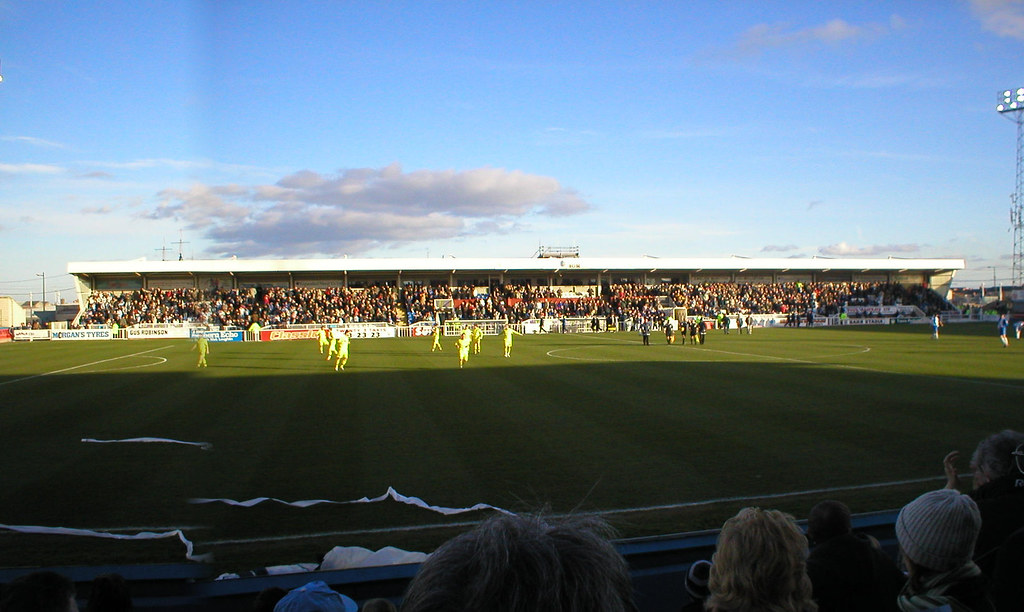 Other than the little parking debacle, a trip I really enjoyed and a lovely little ground.
Victoria Park Photos
Posted by Unknown at 12:53