So very easy. M62 all the way there, off the flyover, the grounds almost looking at you. Parked at the hospital, a fiver for the day. Took a little while getting out, but considering it was just about equidistant between the ground and the city centre, no complaints at all! 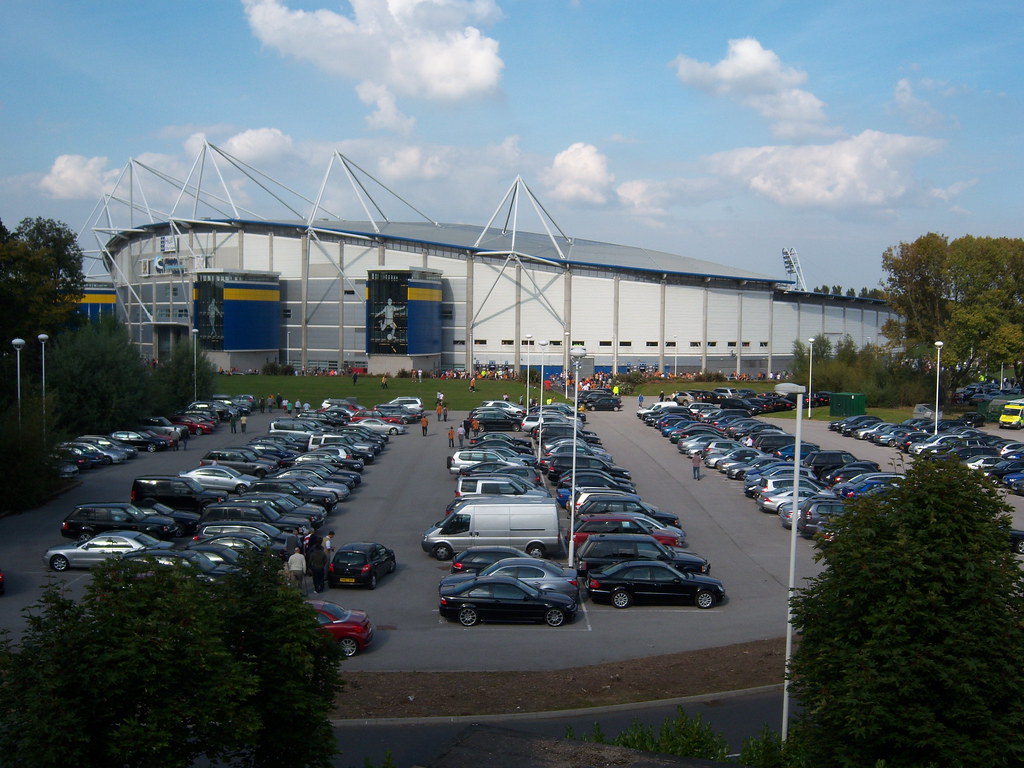 Ground exterior from the flyover, 2008

Not much, but the city centre is within walking distance, and we ended up the Admiral of the Humber watching the Villa game on our first visit. Plenty of other pubs to choose from too, so it’s not like it was the only one. The Eagle near the ground had shut down on my last visit, but a lot of the away fans ended up in a big massive working mens club called the Walton Club near the ground. Three bars, fans mixing, food, couldnt have been better. 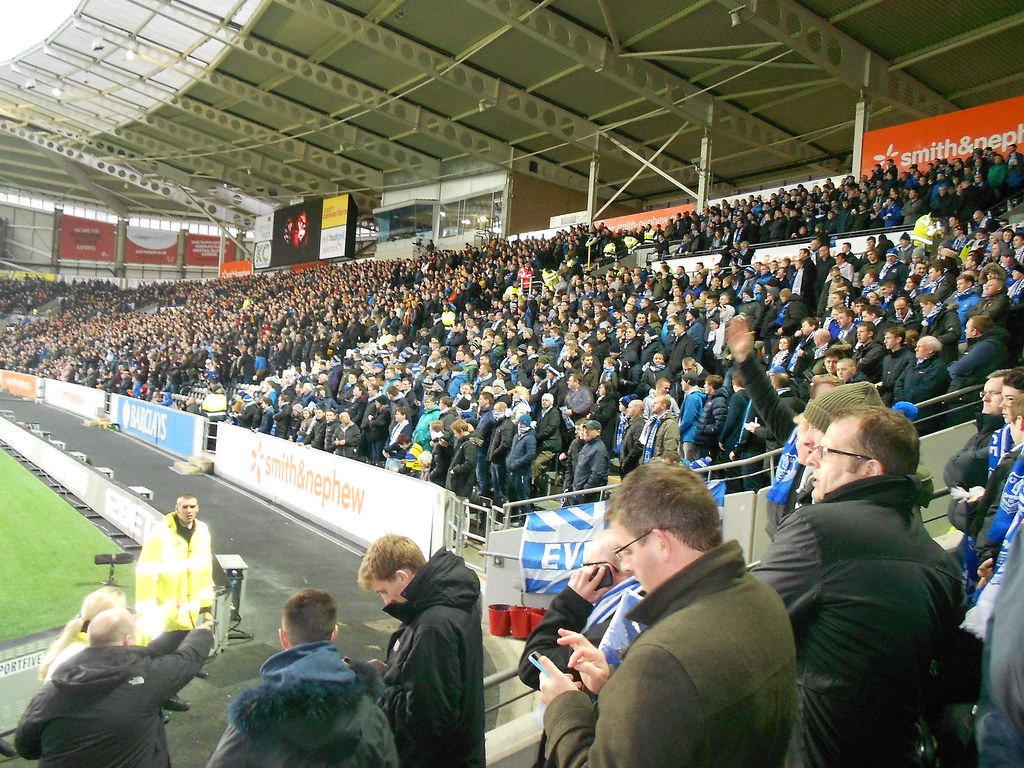 Everton and Hull fans in the North Stand, 2015

The ground is weird, it feels a lot smaller than similar sized grounds like Wigan or Reading, but probably holds the atmosphere a lot better. As with all new grounds, the views were flawless, and the stand wasn’t as steep as Wigan and Reading, but steep enough that you could easily see over the person in front’s head! 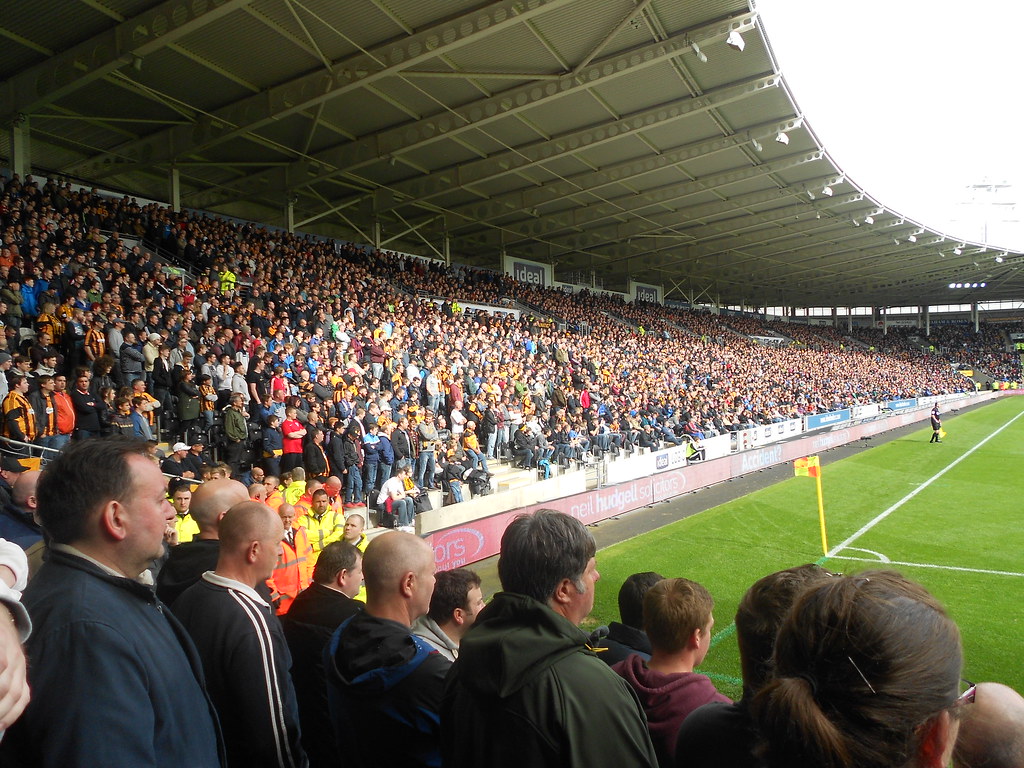 It reflected the pattern of the game. Started off quite boisterous before dying off a bit, Hull got rowdy when they scored, shut up when we did. One thing that felt almost embarrassing though was some of the chants when Hull were 2-0 up. It was almost like the game was won, and they were too busy taking the mickey to notice their team weren’t as in control as they thought they were. Songs like ‘you’re not very good’ and ‘South Stand give us a song’ with about an hour gone were quite cringeworthy to say the least, so it was nice to bring them back to earth! Likewise the now hilariously infamously cringeworthy ‘You’re getting mauled by the Tigers,’ complete with camp clawing gestures! 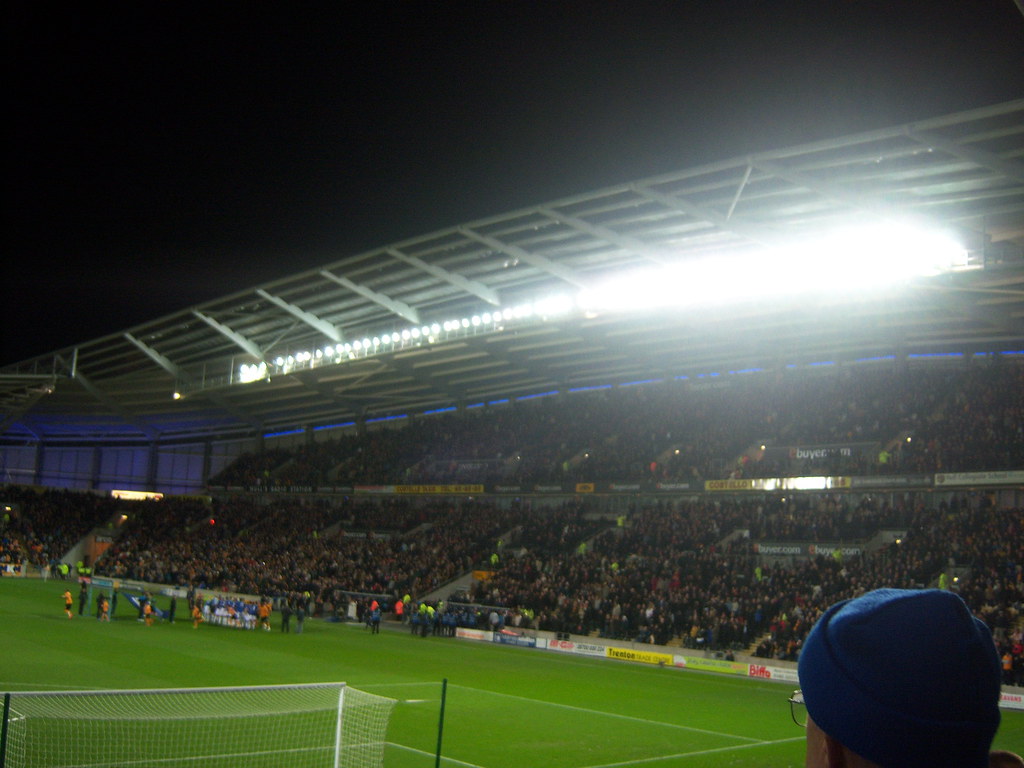 Given their ‘mauled by the Tigers’ chanting at us when we were 2-0 down on our first visit, when we scored twice in 3 minutes to level late on, we sang back ‘You’re getting mauled by the Scousers!’ It got a very nice repeat airing as well at the League Cup battering too!

Hull fans are a strange breed though, on one visit on the last day of the season, we were winning easily, so more concerned with what was going on in the title race with City fighting Liverpool. Naturally there were some celebrations in the away end when Liverpool conceded and City scored! The Hull fans all laughed and joined in with us when Liverpool were losing. Then when Liverpool led second half, the Hull fans started laughing and taking the mick, as if they didnt realise that it was meaningless while City were still winning! Odd breed... 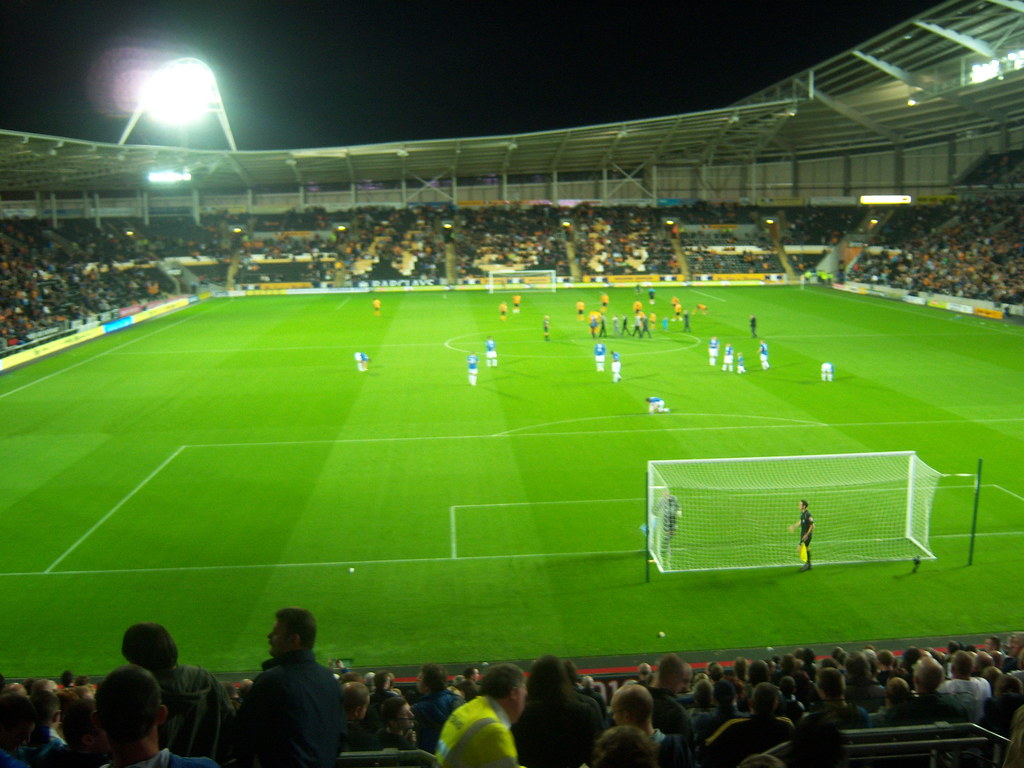 As new grounds go, it has to be one of the best locations. Good parking and very close to the city centre. Good day all round really.
KC Stadium Photos
Posted by Unknown at 15:19