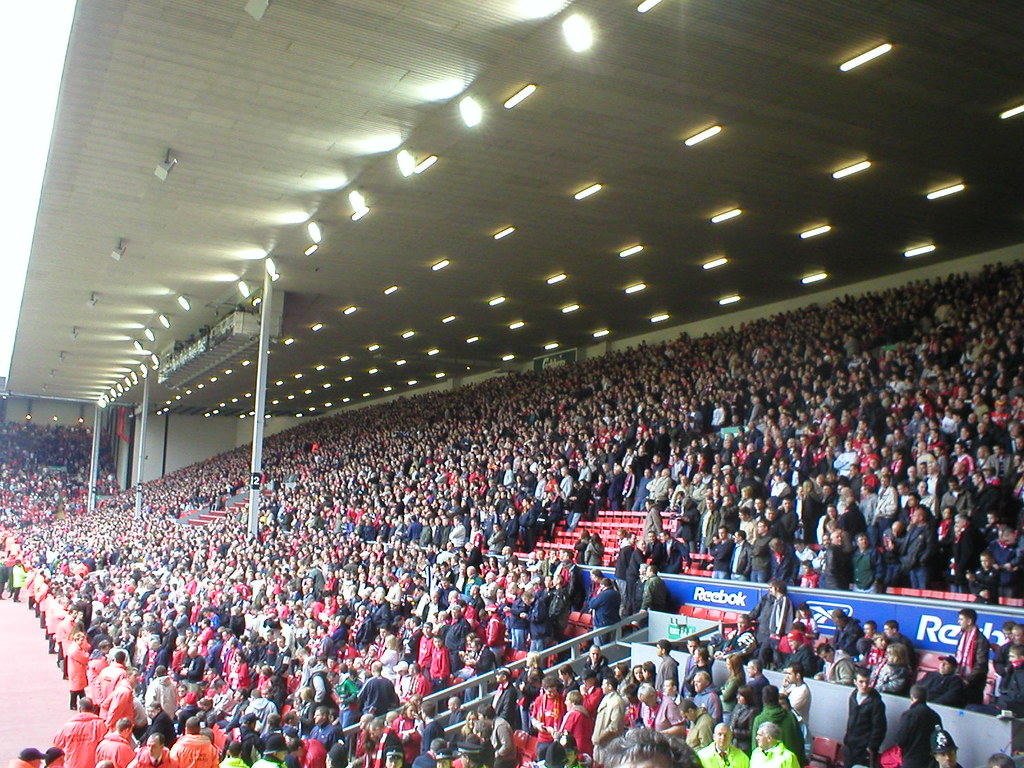 Never bought a thing to eat inside Anfield, and tend to stick to the Everton pubs on Derby days. Wouldn’t be seen dead rubbing shoulders with them! 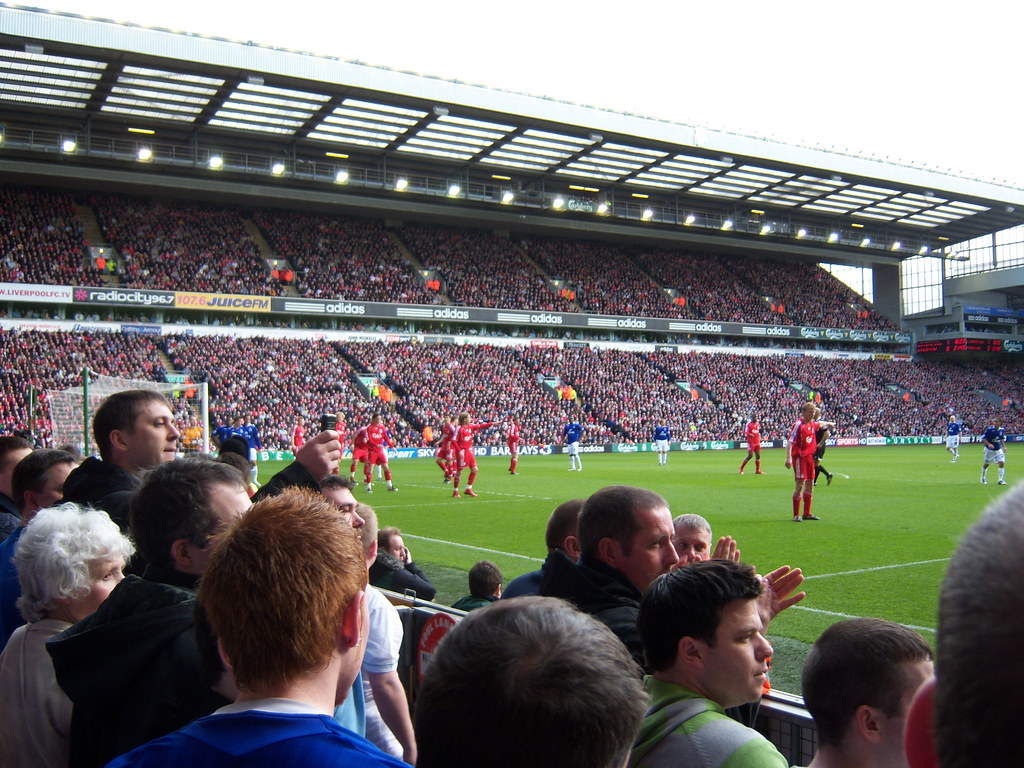 It’s a dump…considering the Anfield Road End was only built in 1997, it’s a terrible terrible stand for the away fans, and in particular when it’s full (which being a Derby for us, has been on all of my visits) The view from the back is ridiculously bad, it’s tight as anything…hole… 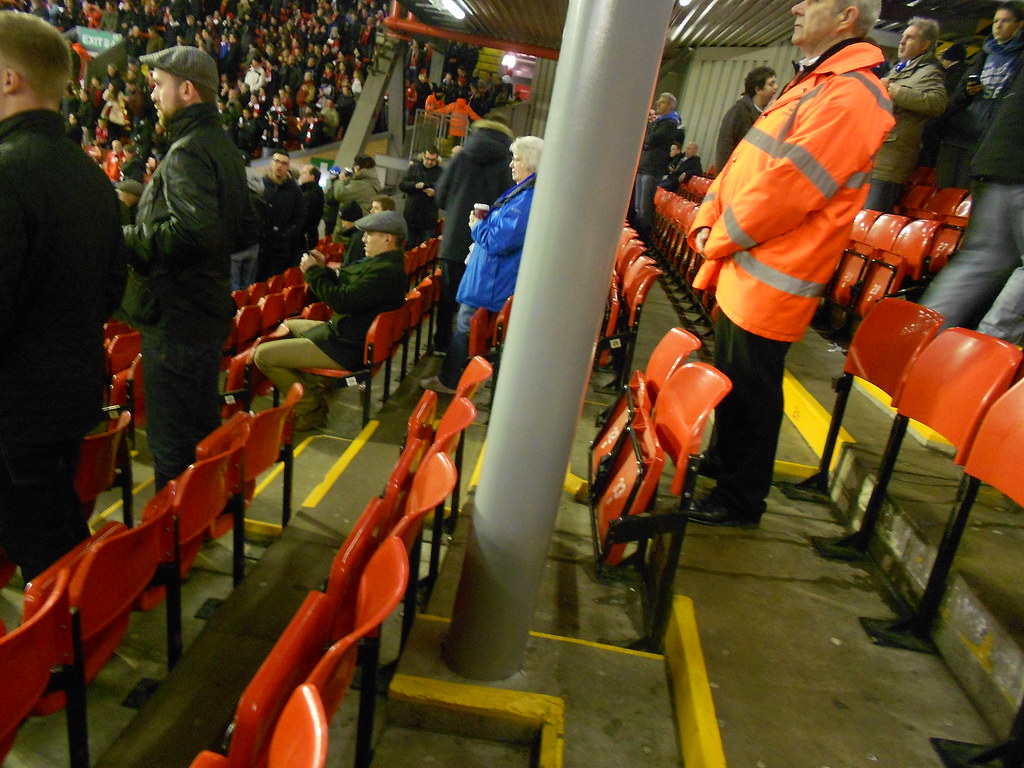 HA! The Famous Anfield Atmosphere (Copyright Sky Sports and ITV)! Now I understand that every ground these days is guilty of quiet games for run of the mill matches, but we are their Derby rivals…if it’s that bad against us, what the hell is it like against the likes of Bolton and Wigan? Compare it to Goodison on Derby Day, and there is absolutely no competition. 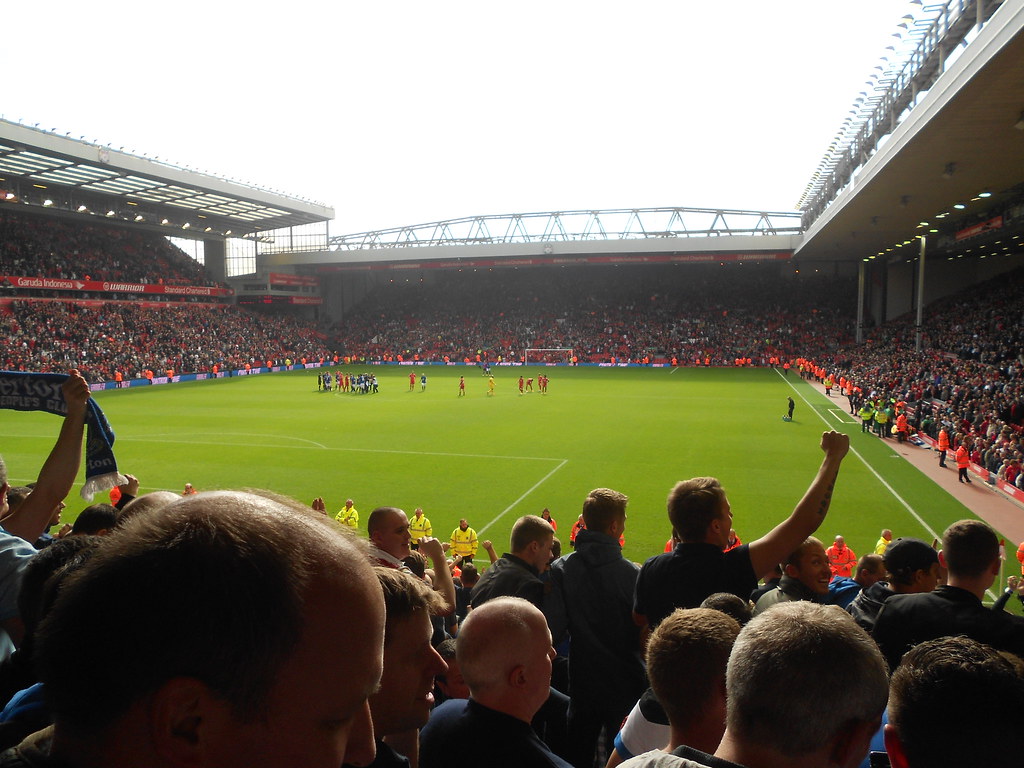 The Kop...after being silenced by a 90th minute Derby equaliser! 2014

The best bit about visiting Anfield with Everton? We don’t hear a single strain of You’ll Never Walk Alone. From that first note, it's just pure Everton anger, booing, singing. It’s hilarious enough anyway that it is little more than a drone until they reach the chorus anyway because half of the daytrippers don’t know the words so all you can hear is the tannoy playing it anyway…

Oh come on, do you really expect an unbiased review here? Its a dump!
Anfield Photos
Posted by Unknown at 08:16