Other than a brief panic where the road layout has changed and my SatNav’s inability to realise this made me miss my turning, easy. About 5 minutes off the motorway, and easy to get to. Ended up at the Harvester right next to the ground for a fiver. That was fine, but getting out was a bit of a nightmare. Parked in Fenton on the recommendation of a Stoke fan last time though, and while a bit of a walk, was perfect for getting away afterwards.

Not a lot, but the presence of the Harvester makes it a big step up from Reading and Bolton on it’s own! We also went in the bar at a Soccer League place one time too, but last time I went it was home fans only. 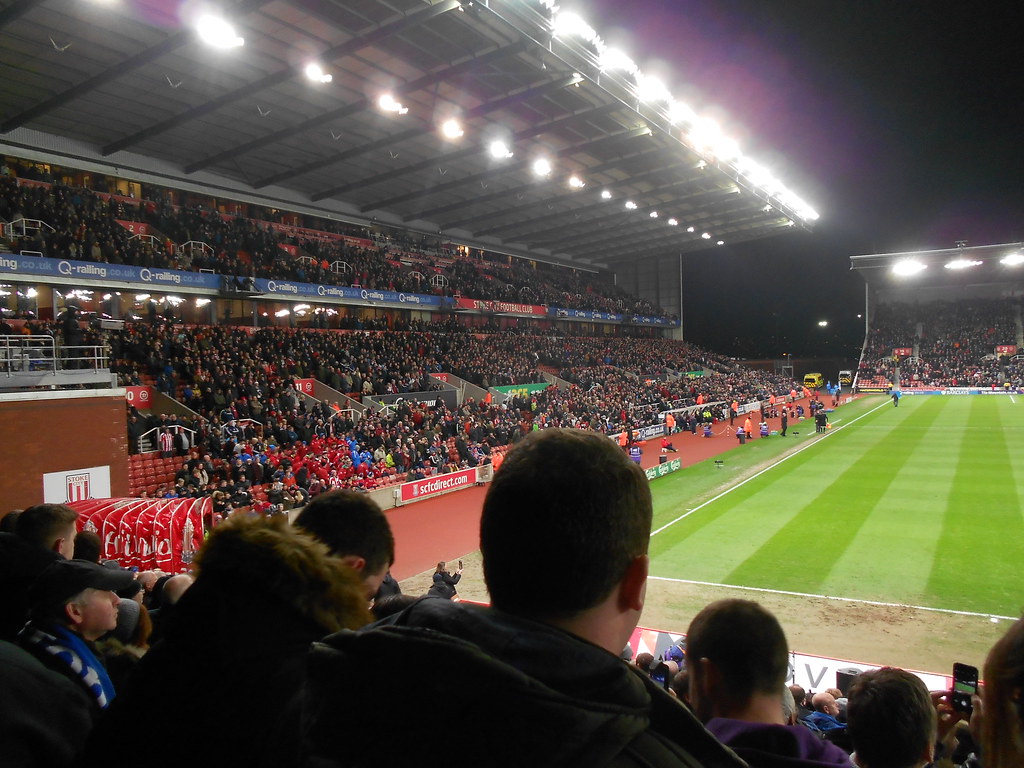 I like the fact the corners are open, and it’s built in a little valley, made it far more interesting than most newer grounds. Inside was a bit small, but the fact they sold drinks in bottles meant the queues were non existent, which was good. View from the away end was good…unless you were on row 3 and had most of your view blocked by a moving camera or Tim Howard’s back like I did on my first visit! 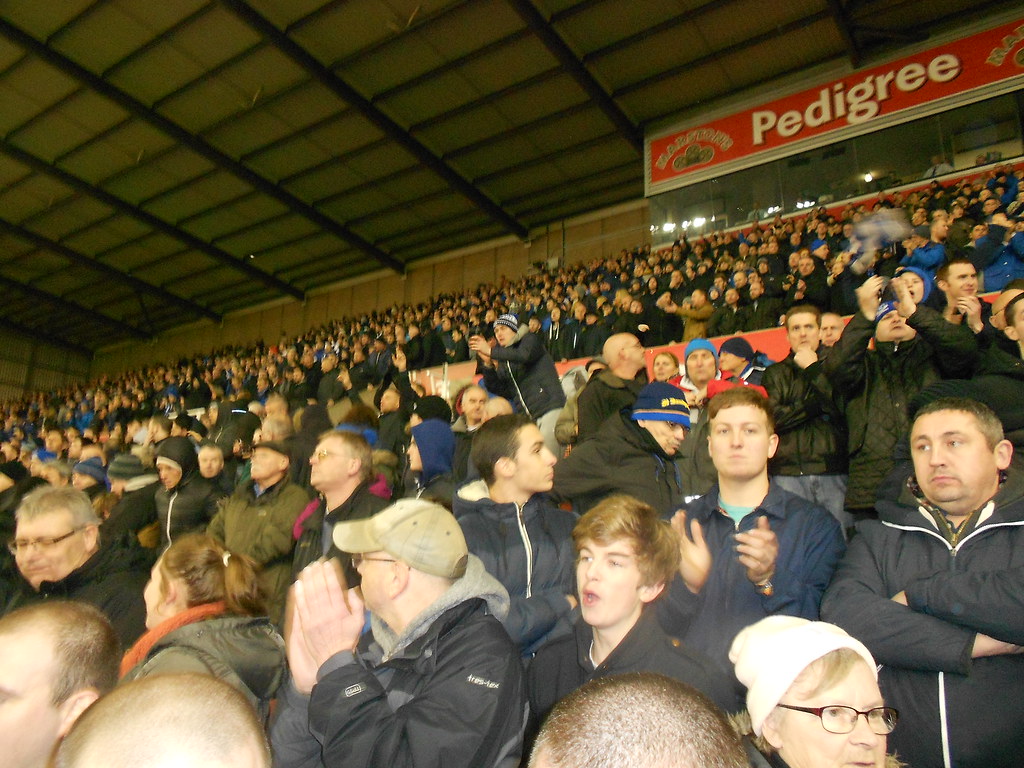 One of the better ones in the Premier League. Delilah is always good, and there was some really good banter on my most recent visit following Stoke’s now infamous ‘Doing the Wenger’ which brought some laughs! 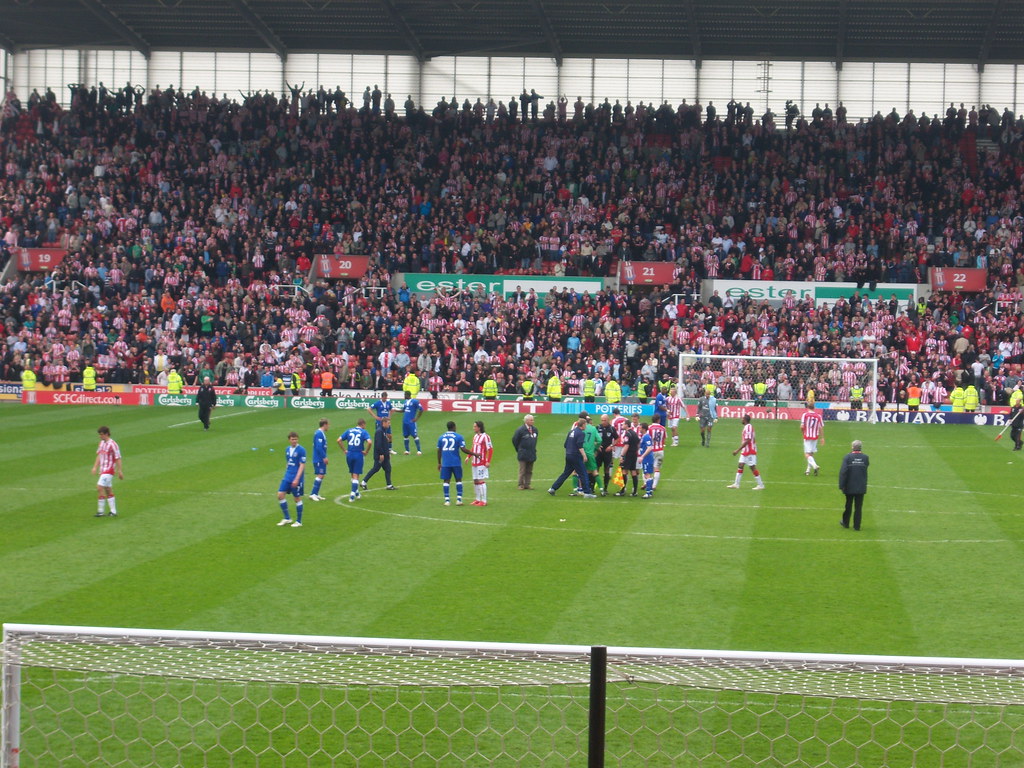 Fun with ballboys! We led 2-0 and Stoke pulled one back. About 5 minutes after, Fuller scored an equaliser, only to have it disallowed for a foul. The ballboy in front of the away end took the opportunity to goad us, only to feel a right berk when he realised it had been disallowed and we were now goading him! When Stoke did eventually equalise, he’d already had a ticking off from a steward so didn’t bother gloating this time! 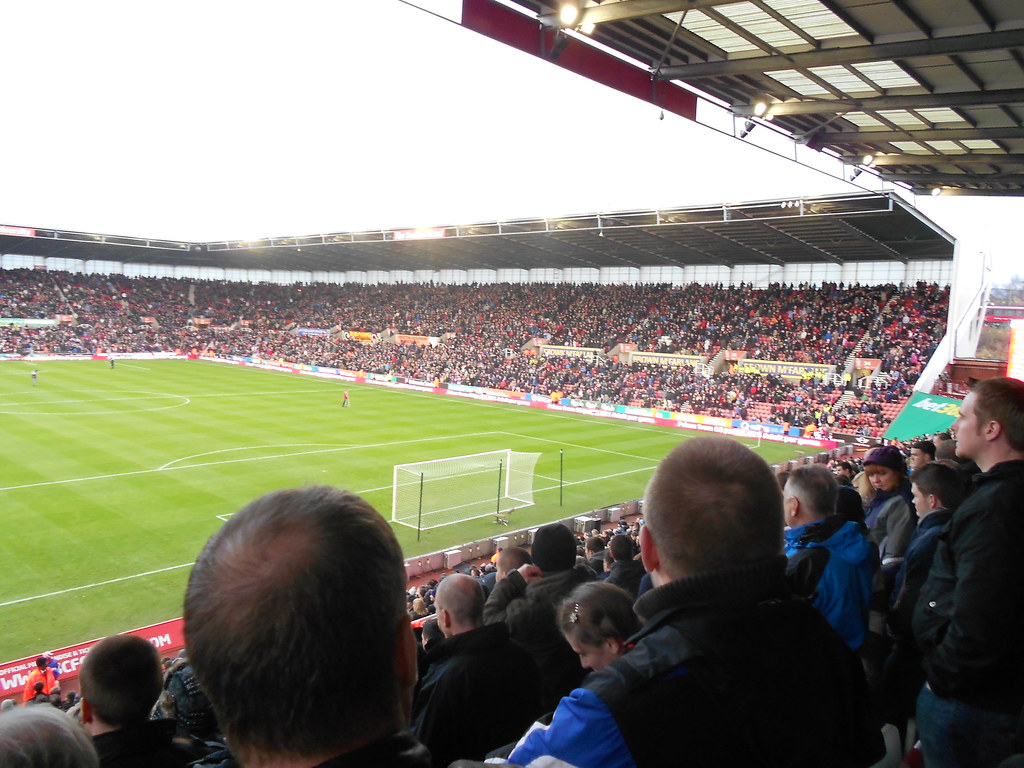