Macclesfield is in the  middle of a motorwayless wilderness it seems! Come off the M6, then miles of little villages and a bizarre town centre with the weird one way system! Never would have found it without the SatNav (Actually got lost on my previous visit for a pre season game!) Headed for the Railway View pub as recommended by a Macc fan, and parked on the streets up there for free. No bother. 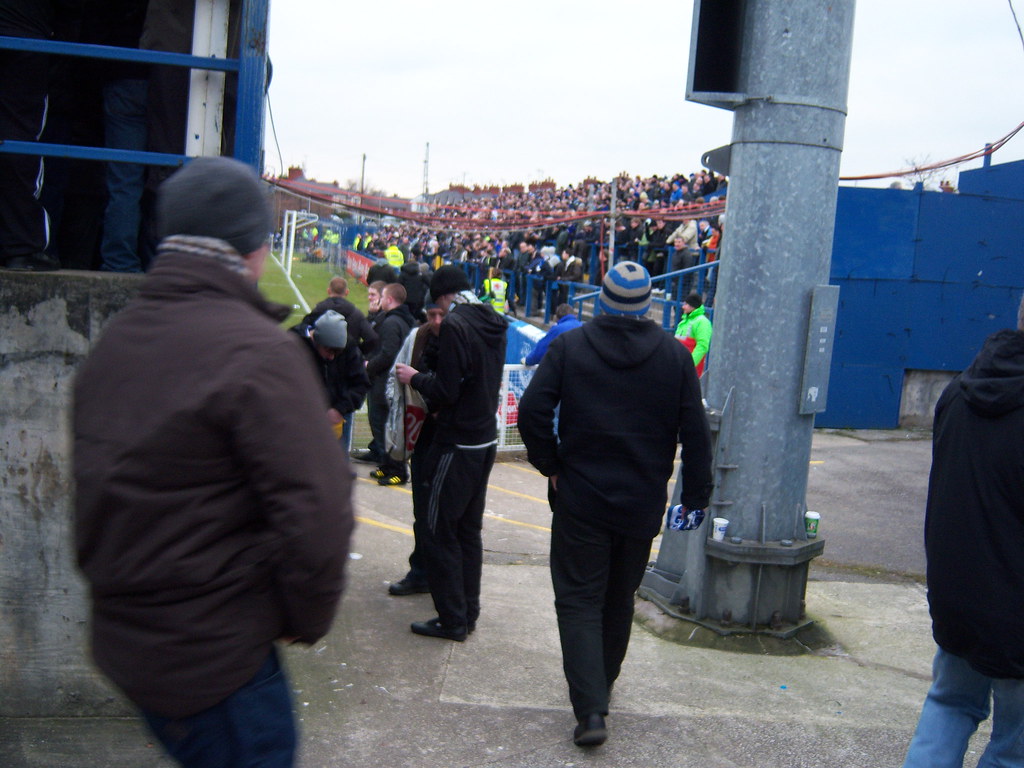 Through the Main Stand Terrace turnstiles, 2009

Virtually nothing…and what there was had mostly been closed thanks to the plod! Two pubs were left open, and were naturally heaving. Most instead went to the off license across the street and sat on the grass! 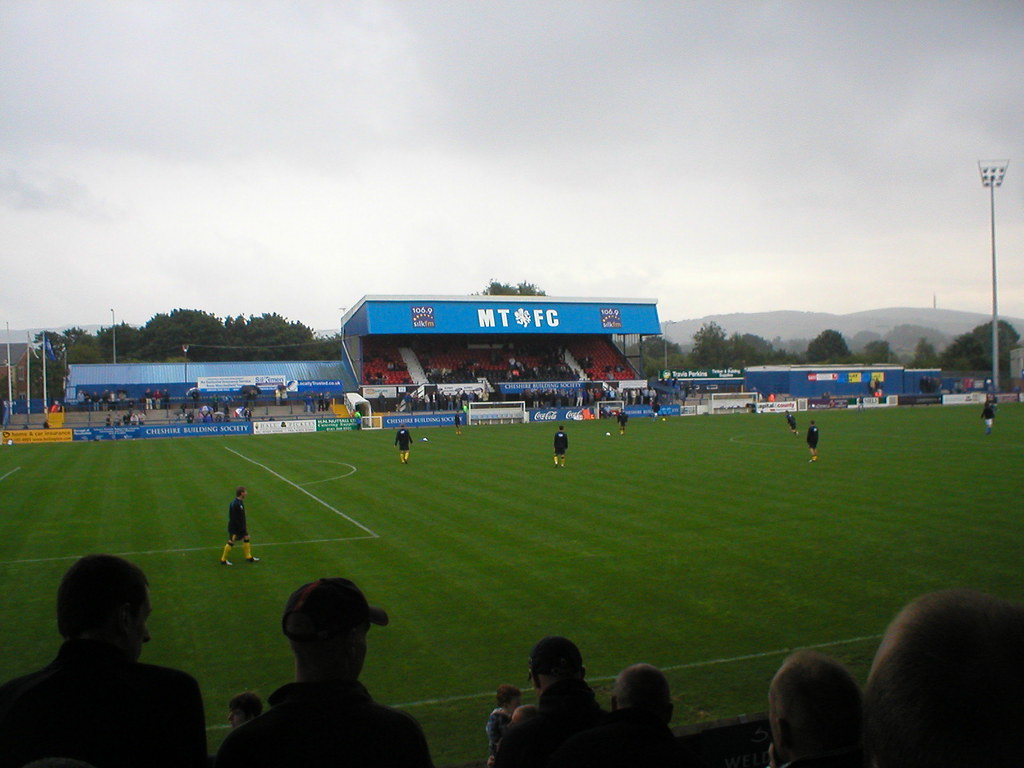 Basic, in a word. The away section is mostly exposed and uncovered, but other than, does a job for a club Macclesfield’s size. 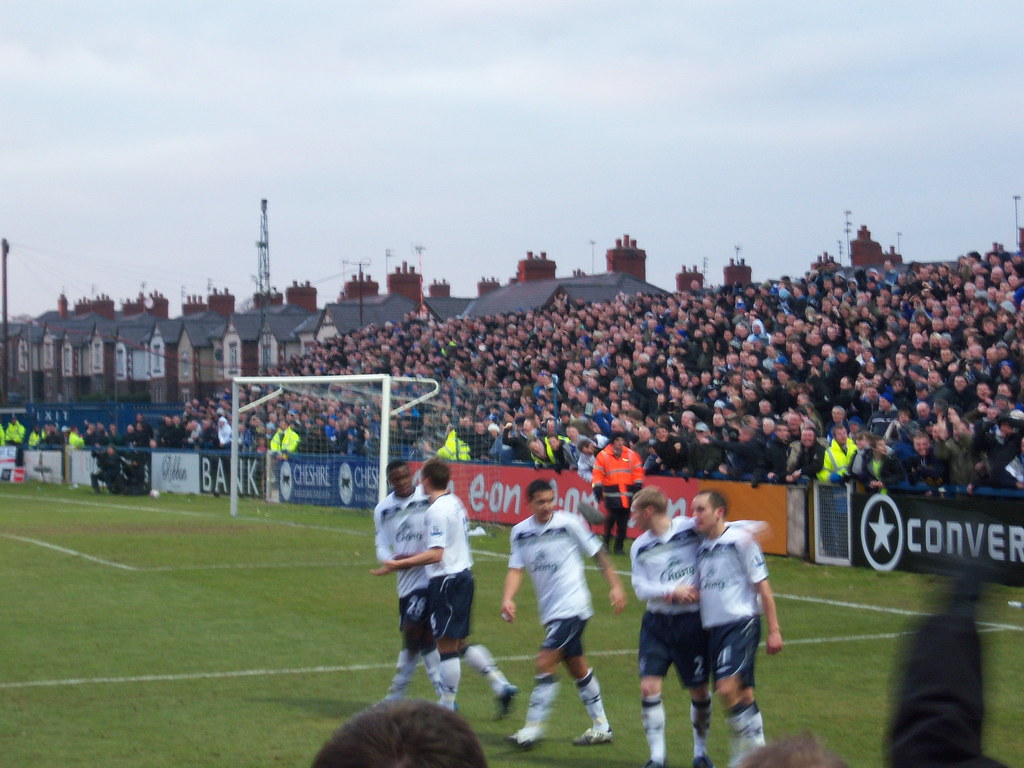 Poor to be honest. Nothing all day from the Macclesfield fans, while our atmosphere obviously wasn’t helped by having no roof. Our atmosphere was weird, like a pre season game with all banter and mickey taking, making up stupid new songs and trying to make them catch on. Was quite fun being so close to the pitch though and winding up the linesman and talking to the subs! 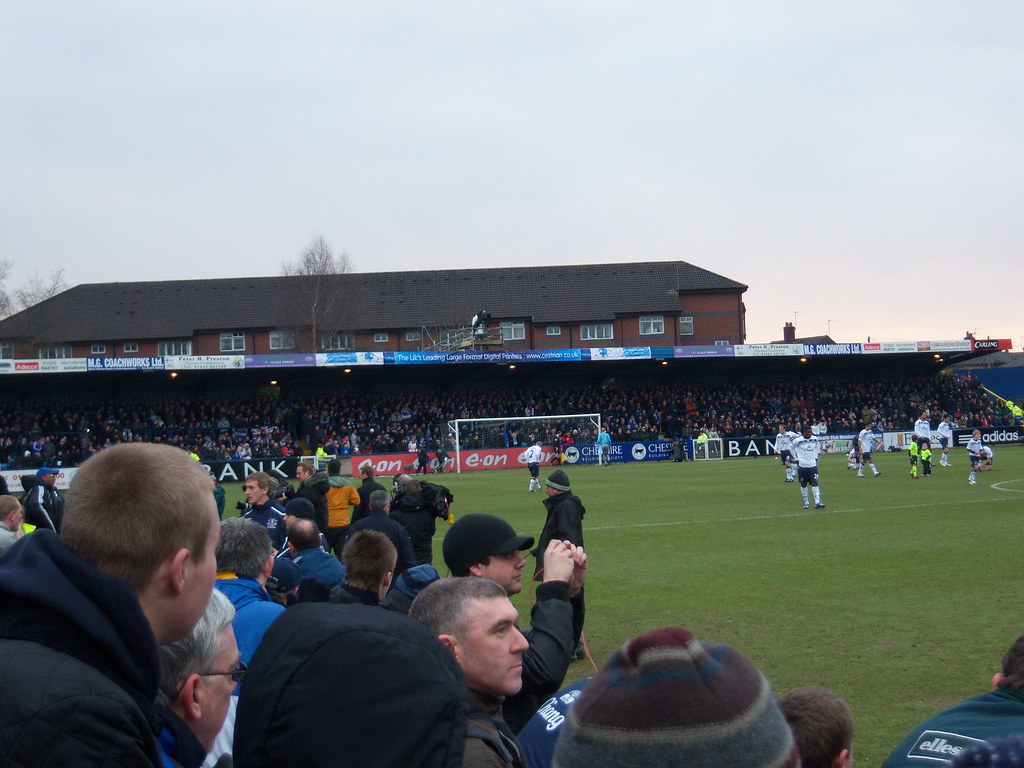 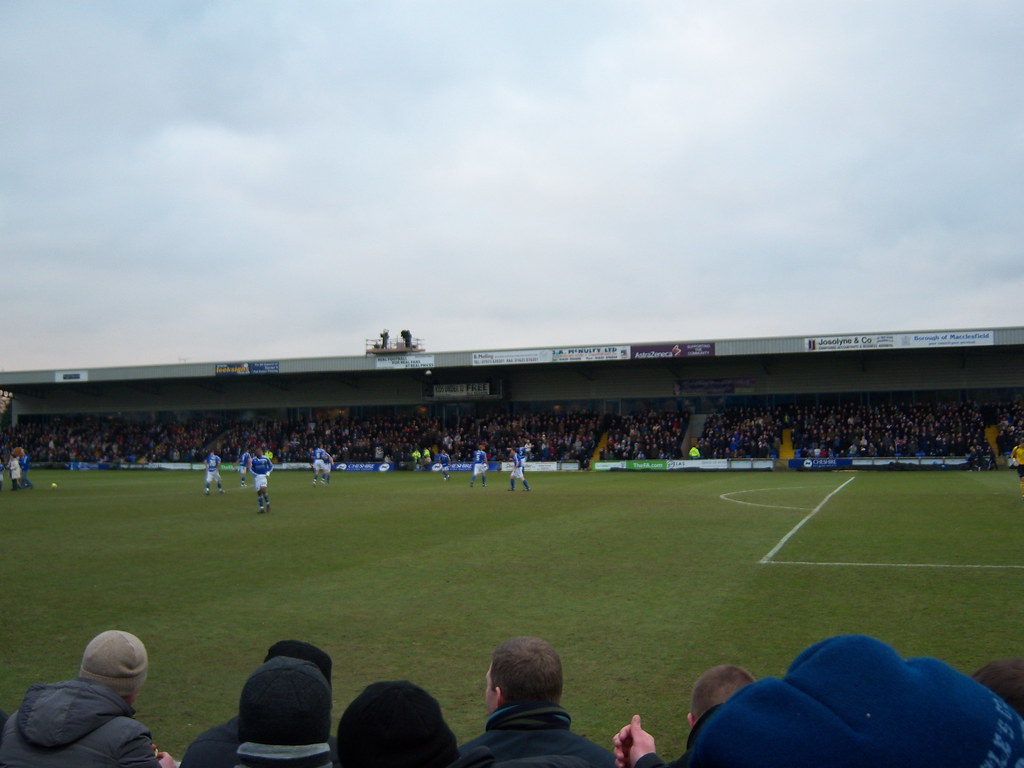 The all seater McAlpine Stand, 2009

Not a brilliant day out, but does its job for a club of Macclesfield’s size
Moss Rose Photos
Posted by Unknown at 04:58