Well known for being so clearly visible from the M6, you’re off the motorway literally minutes to get there and its signposted all the way. Big car park at the ground for £3, cant go wrong. 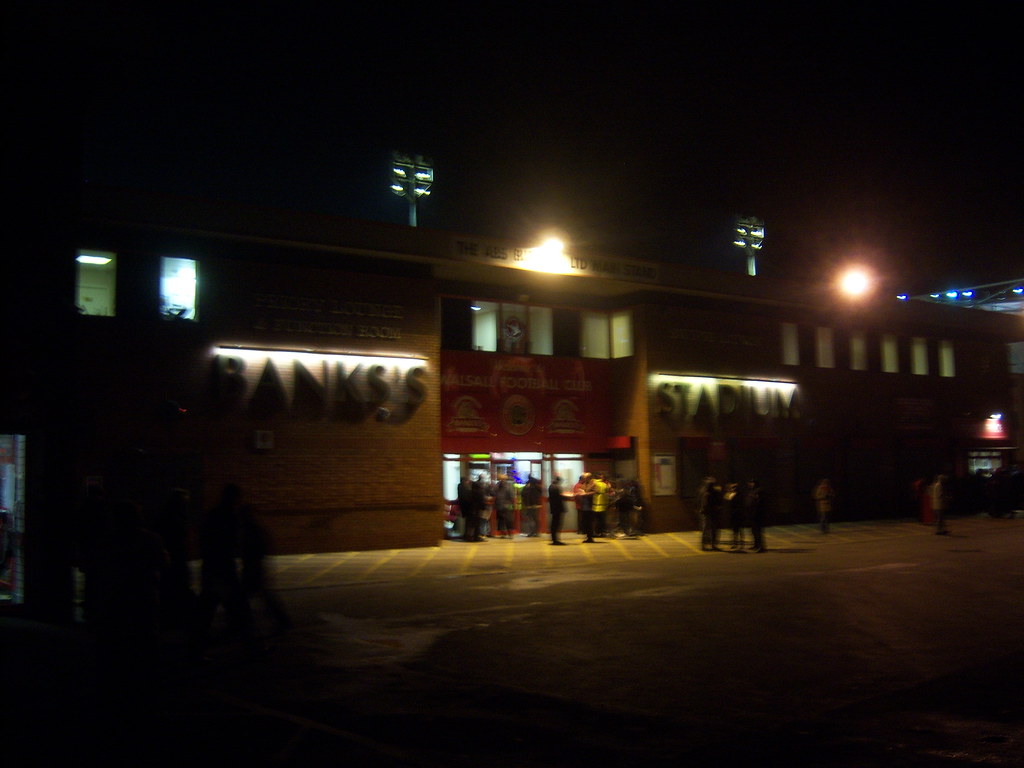 Chicken & mushroom Pukka pie…yes please! They dont seem to believe in forks at Walsall though so its a messy eat! Outside the ground, theres only really a McDonalds on the retail park, and to drink there are two bars at the ground. Just as well really, as being one of the first ‘new’ out of town grounds, along with Scunthorpe, it suffers hugely from its location. 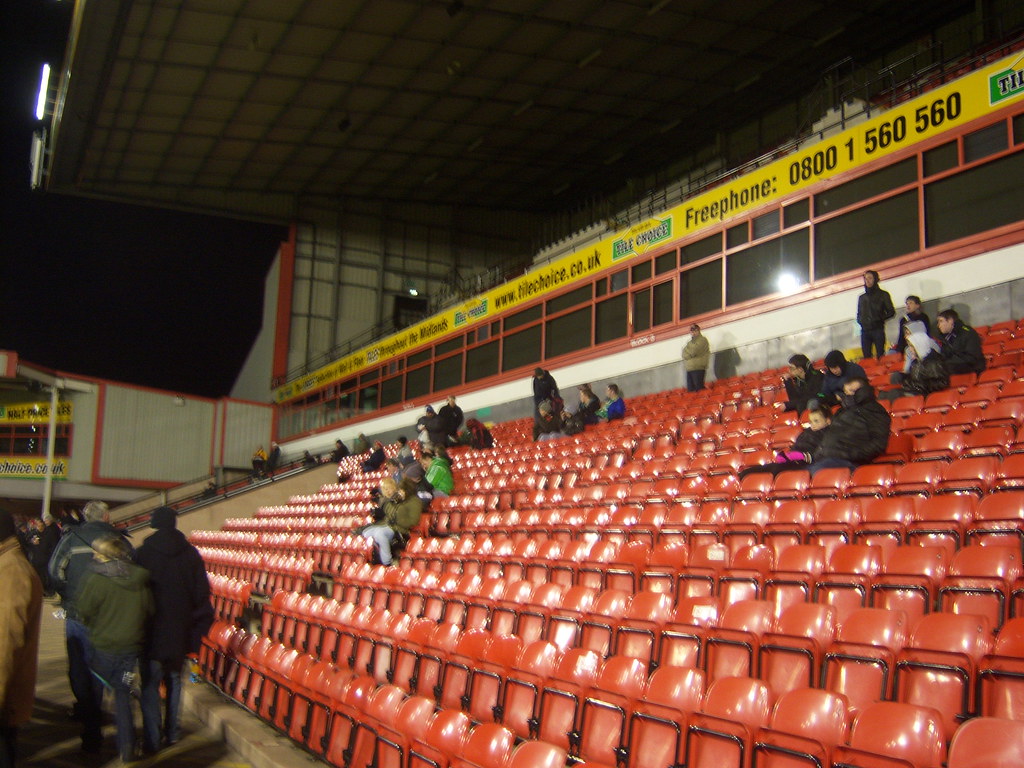 The three tiered Floors2Go Stand has been redeveloped in recent years, dwarfing the rest of the ground, which has three pretty much matching stands, similar height and with a few pillars, while the Floors2Go has perfect views all around. 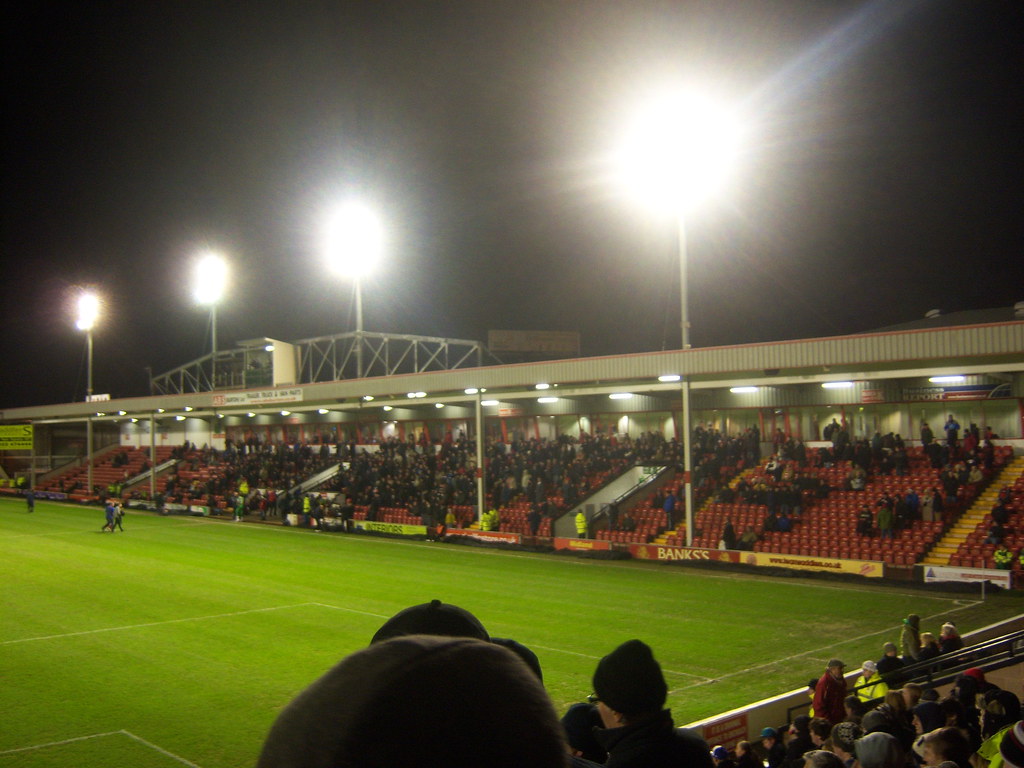 Dreadful first half, the Walsall fans seemed to be a pretty pessimistic bunch, not sure if thats a regular thing or it was just the absolute soul destroying nature of their tactics and performance in the first half, but it picked up hugely in the second half, and despite a reduced crowd, was alright really.With only 96 Dagenham fans in attendance, they didnt make much of an impression from so far away. 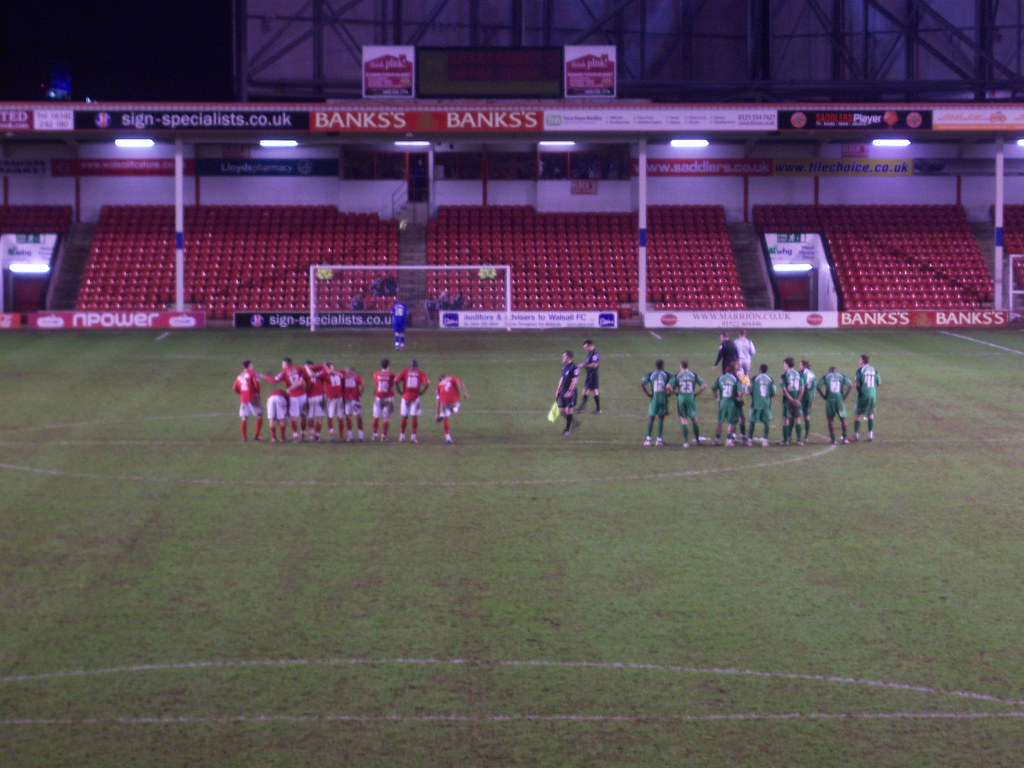 A penalty shootout in front of the William Sharp Stand 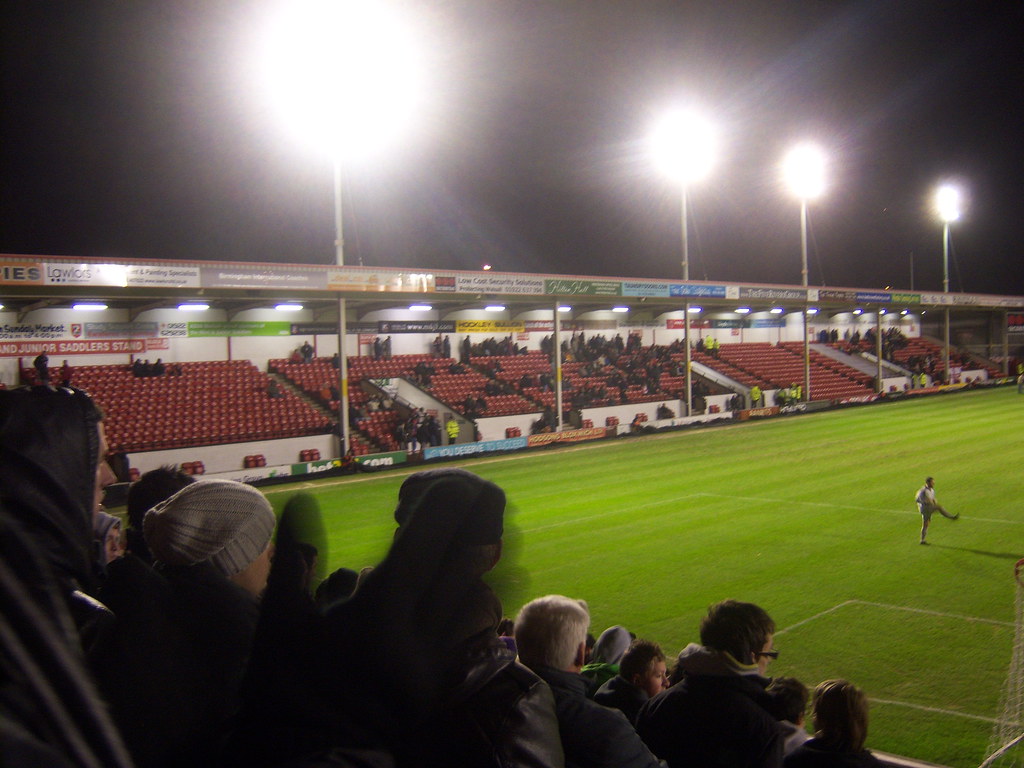 Like so many new grounds that came after it, it suffers hugely from its out of town location.
Bescot Stadium Photos
Posted by Unknown at 12:36