Literally just off the M6 a little way down Warwick Road. One of the easiest drives around. 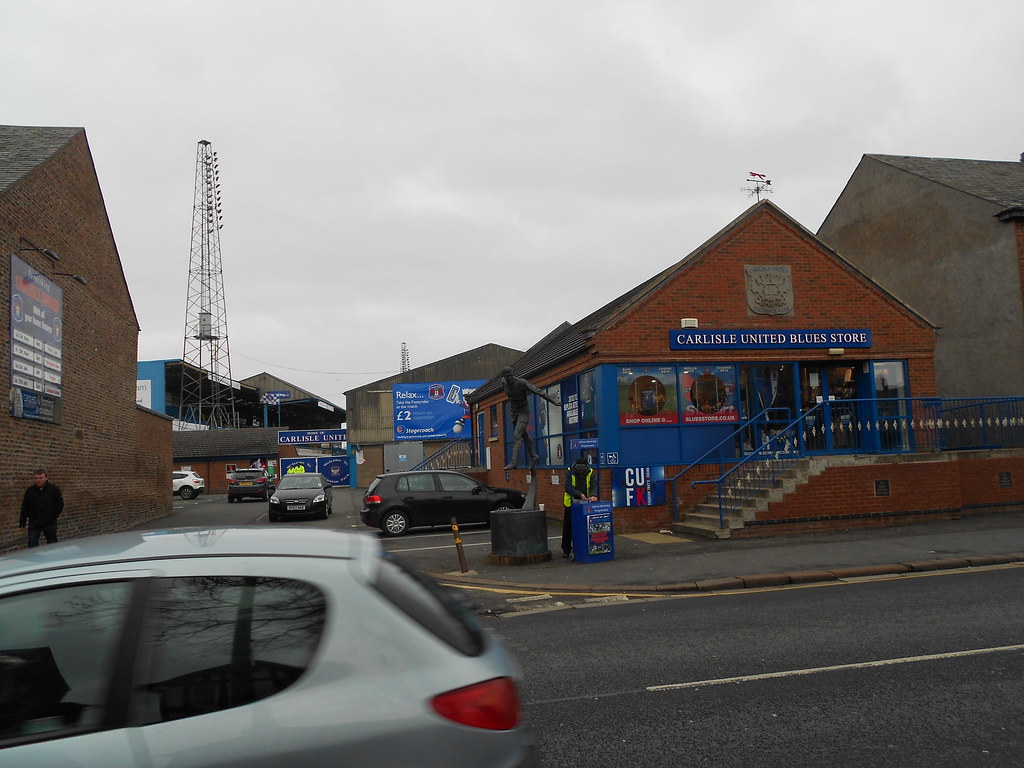 I had been prewarned by a Blues fan that the food inside the ground isnt that great, so ate outside! There was a little bakery next door to the club shop on Warwick Road which did a good chicken slice, and there were a couple of big pubs on Warwick Road too so you cant really go wrong. 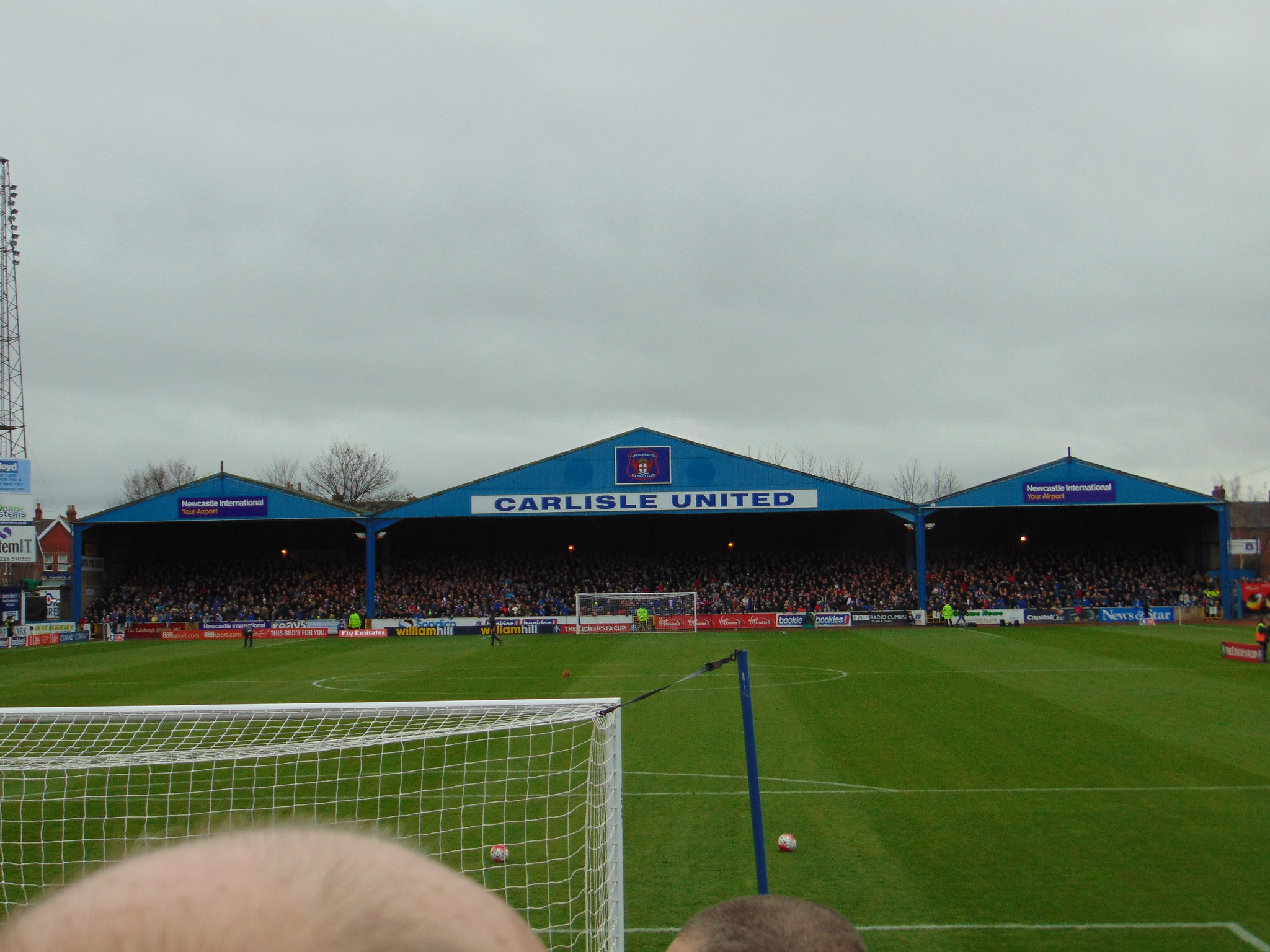 Classic ground, its only real let down was how empty it was! Terracing on three sides, the uncovered Petterill End which wasnt in use on my first visit, it only gets used these days when there is an away following big enough to justify opening it, the old Main Stand with its upper seating and lower paddock, the all seater East Stand, and then the big covered Warwick Road terrace. The balance to the ground is awesome, but also fantastic to look at with 4 very different stands. Oh, one other let down, the Warwick Road End is freezing! The turnstiles take you in at the back of the terrace so you go up steps to reach the back row…it just means you’ve got a cold wind blowing at you from the pitch…and then an even colder one from behind! 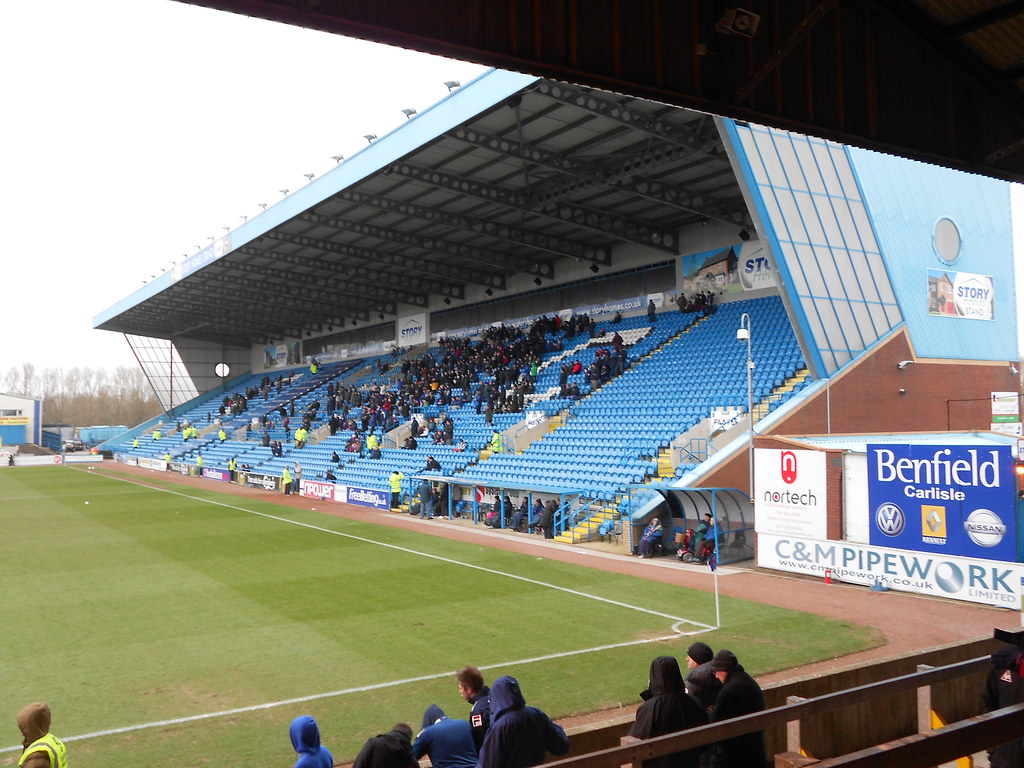 A bit poor to be honest, never really got going at any point of the game, and with so few Yeovil fans, and with them being so far away in a little corner of the East Stand, no banter to be had really either. Shame really, as I bet it could be awesome on big days, the Warwick Road End gave a bit of a ‘you’re not singing any more’ as Yeovil threw away a two goal lead in stoppage time, but even so empty, it sounded very loud so the acoustics in that stand must be fantastic when its full and they’re up for it. The atmosphere in the cup game was killed by us scoring 2 goals inside 15 minutes. 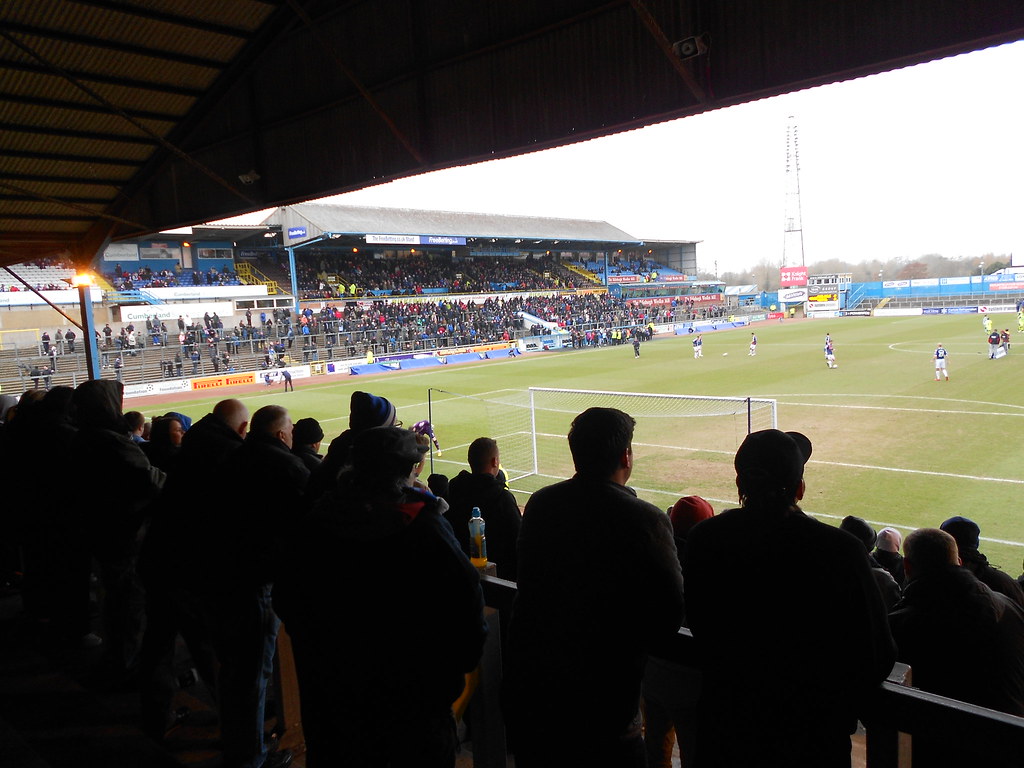 The East Stand extends beyond the Petterill Terrace! A strange little oddity that adds to Brunton Park’s quirkiness, but its got a good reason! When the East Stand was redeveloped, it was supposed to be a first phase, which would have involved moving the pitch further to the north. The rest of the recevelopment has never happened though, leaving the East Stand, the most boring stand in the ground, with a little bit of character about it! Carlisle also get massive cool points for their choice in music. The team run out to One Step Beyond, and they played Roy Orbison’s version of I Drove All Night at full time! 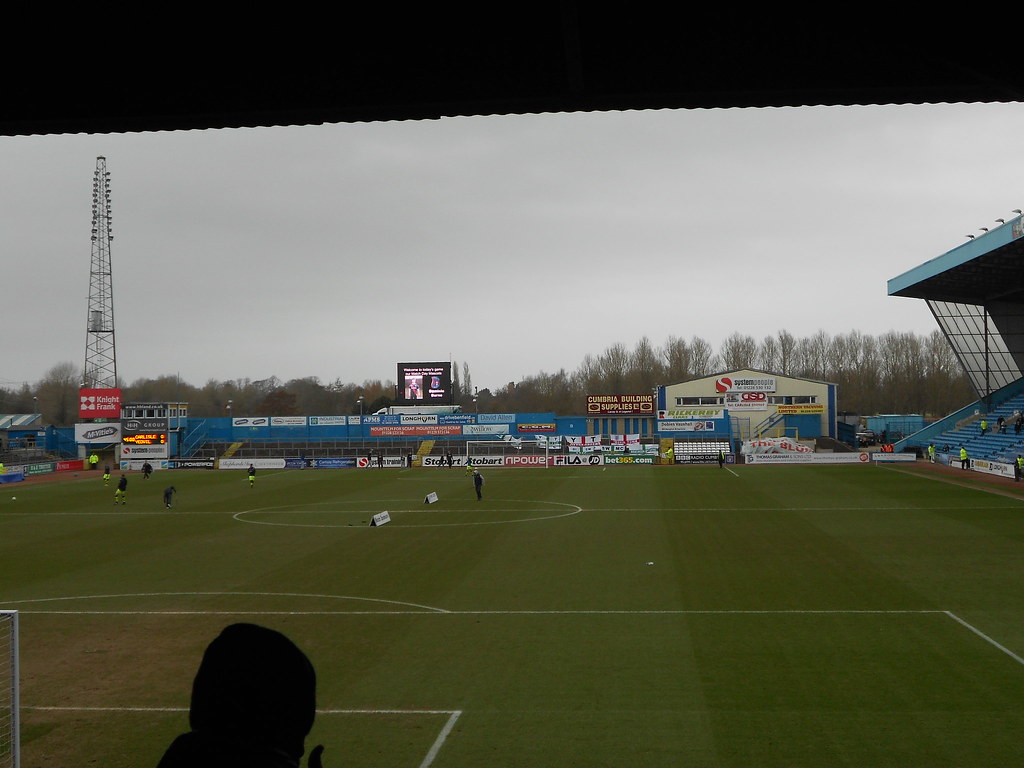 Great drive up to the place, great old school ground, not a bad word to say…apart from about those tiny toilets…
Brunton Park Photos
Posted by Unknown at 15:01