Once you get onto the A1(M), you cant miss it, the ground is well signposted from leaving at junction 7. There’s not a great deal of parking near the ground, none of the surrounding retail parks allow it, but there is a field called Fairfields across the dual carriageway from the ground where parking is allowed for free. Bit of a pain getting out afterwards, and an absolute bog after a downpour, but otherwise fine. 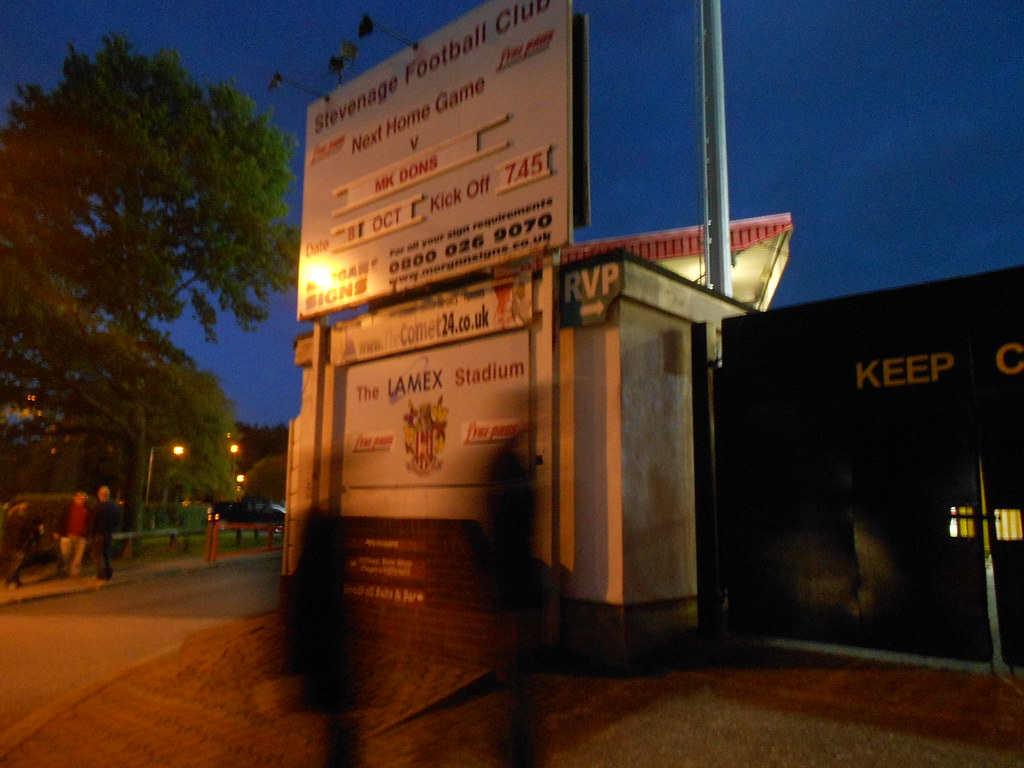 I was late getting to the game as there was an accident on the M1 on my first visit, so had to eat in the ground. Usually a bad move but glad I did…cheesy chips, with not melted cheese, but cheese sauce…epic taste sensation! Discover on my second visist that they dont sell them in the away end! Chicken burger was nice at least, so at least its a ground its not that bad to have to eat in the ground! 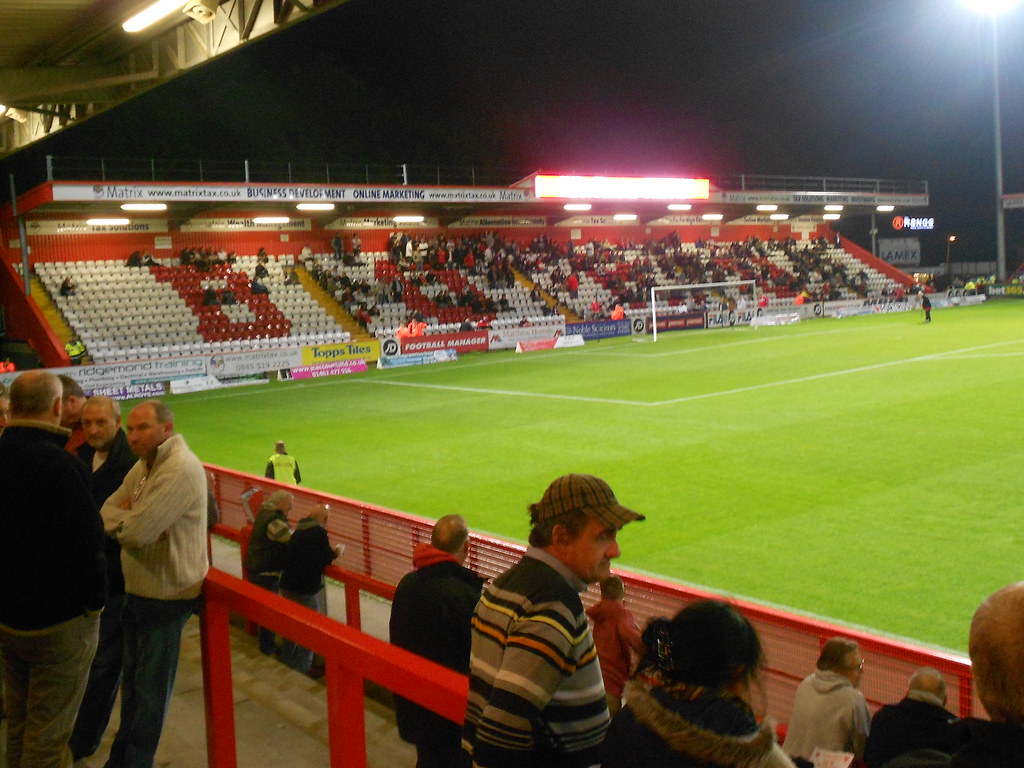 Brilliant little ground for its size and where Stevenage have come from. A long way for a team denied entry into the Football League in the 90s because their ground wasnt deemed good enough! First thing to note is that there are no restricted views in the ground at all, not a single pillar. Two new all seater stands, one down the side, and behind one goal for the way fans, a quality terrace running the length of the pitch down one side, and odd little North  Terrace, which has half covered and half uncovered standing. Excellent little ground with just enough development to make it modern, but enough character retained with the old to make it unique. 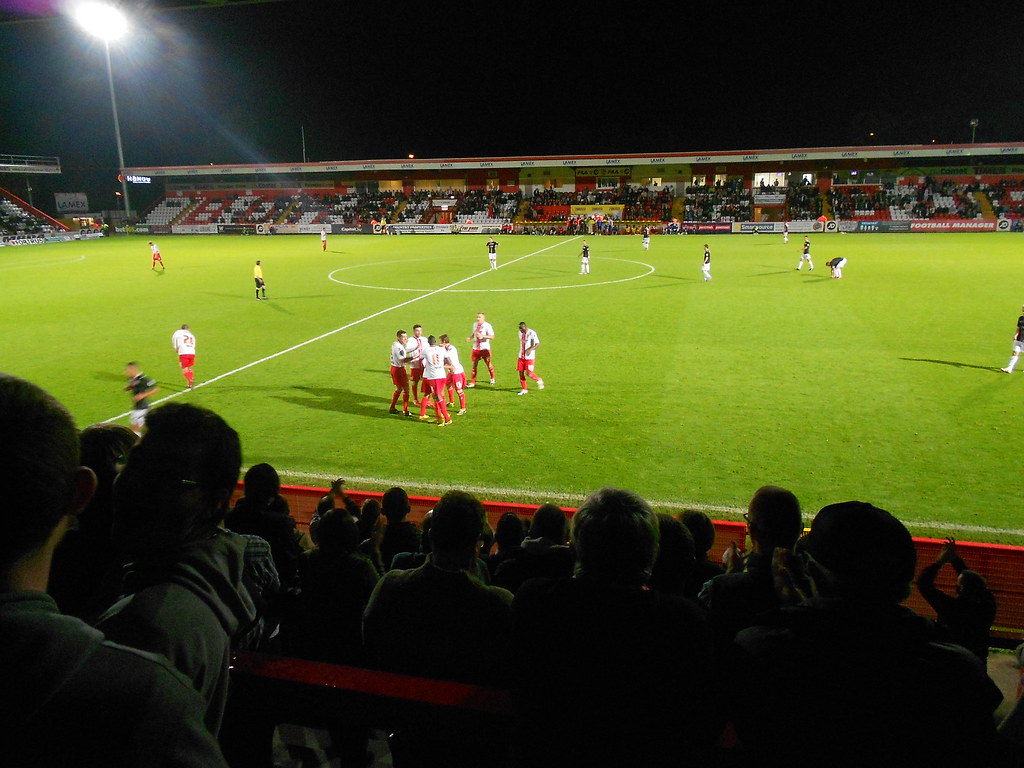 The Main Stand, as Stevenage celebrate a winning goal, 2013

It was a JPT game, so I went in with very low expectations, only to be surprised. It was fantastic, especially in the second half when Stevenage turned the game around. So a bit of a surprise on my second, with the ground 400 over capacity, the atmosphere from the home fans was dire. Noise in the away end was stunning though. 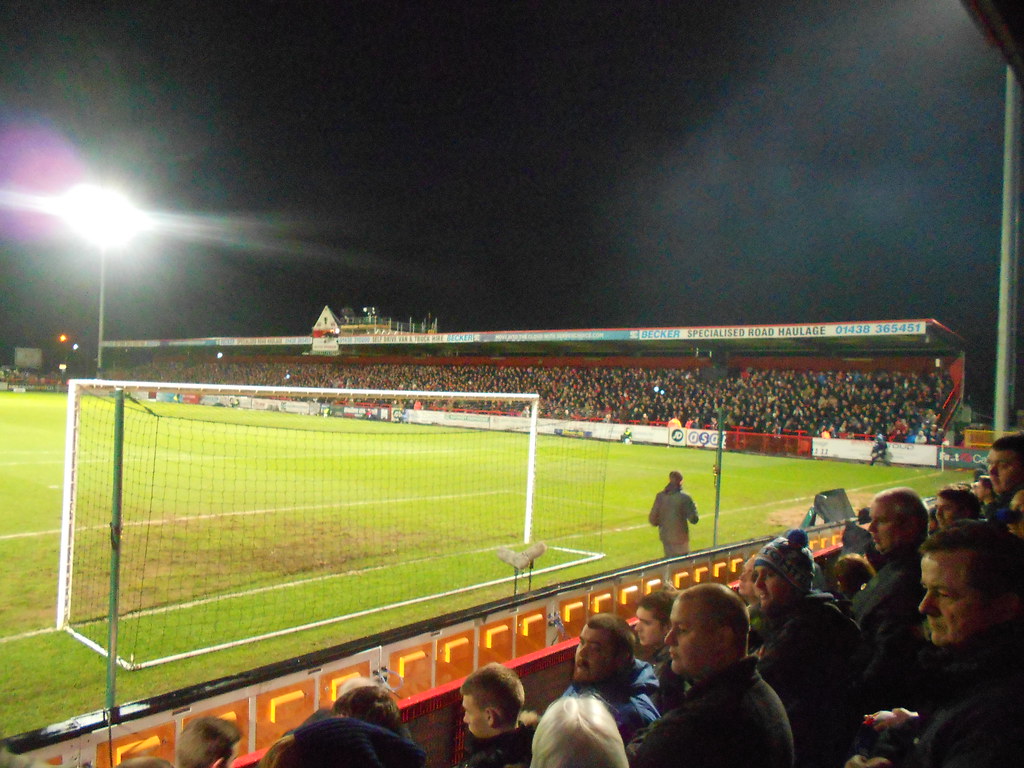 Some fairly unique musical choices going on to add to Stevenage’s uniqueness! Teams announced to Hawaii Five-O and Rocky, True Faith before the teams come out, then they walk out to S-Express! 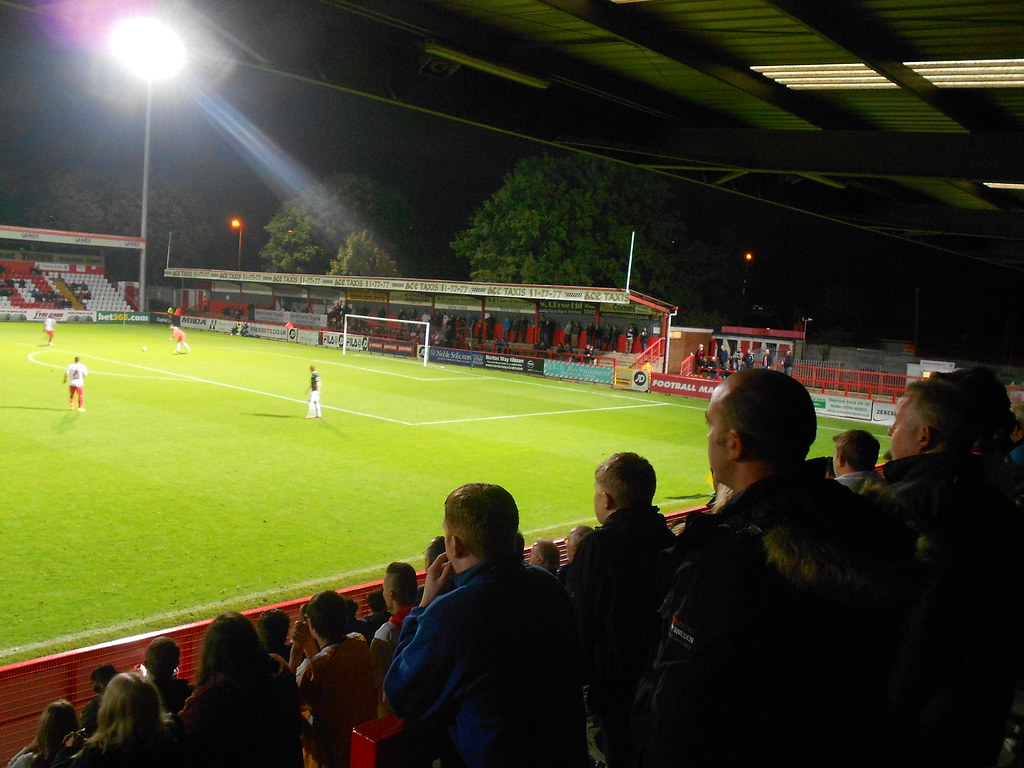 Excellent ground. Probably one of the best of its size Ive been to, if not the best. When you compare it to clubs and grounds of a similar size and stature, Accrington, Morecambe, Crawley etc. it leaves them all well behind. Location really spoils it though.
Broadhall Way Photos
Posted by Unknown at 15:38