The Traffic Gods didnt seem to like me today. Horrific traffic as usual at the end of the M67 through Mottram, Id already avoided the M62.M1 interchange becuase I know there are roadworks there, so came back through Huddersfield and rejoined the M62 after the roadworks…only to hit traffic yet again thanks to a broken down vehicle in more roadworks closing two lanes! But I suppose this shows at least that Barnsley is at least a pretty accessible place from the North West! Council car parks in the town are free at weekends at the moment too, so your best bet is to head for any town centre car park, I ended up next to the town Magistrates Court, right near the town centre transport interchange, and about 5-10 minutes walk from the ground…as accessible as a football ground gets! 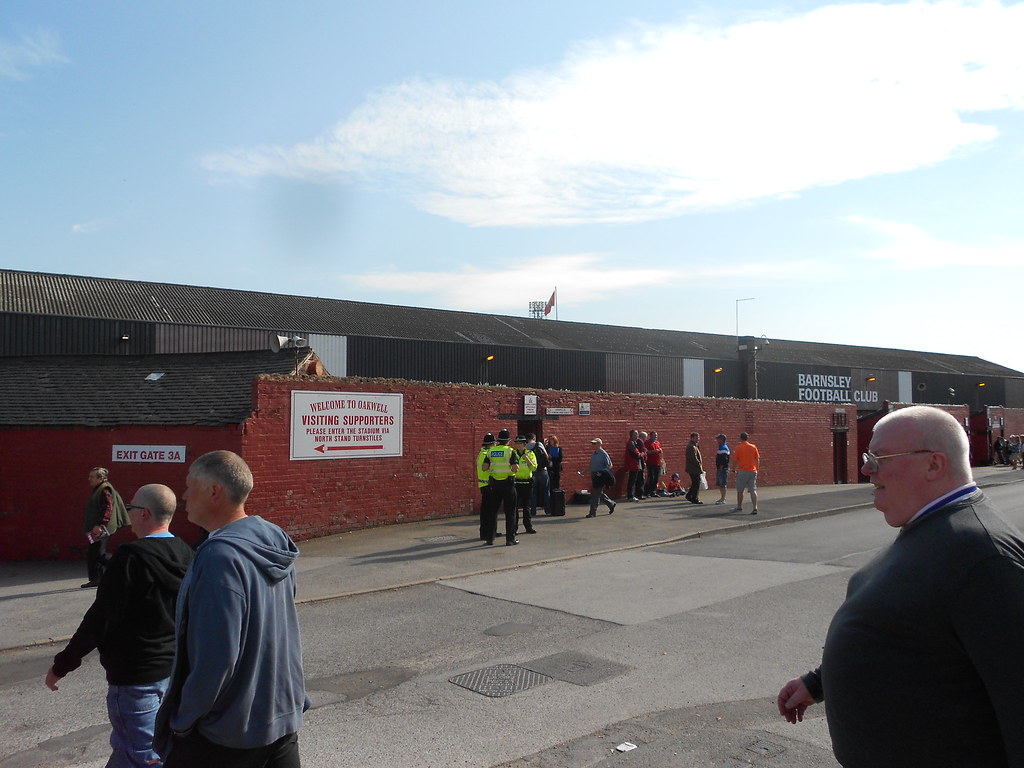 Rear of the old West Stand

Shock horror, they sell chips and Bovril! Two big rarities in football grounds these days! Outside, with the ground so close to the town centre, you couldnt exactly want for anything. Away fans are also catered for at the Metrodome, right near the entrance to the away end. Brilliant, it was basically a huge function room with a bar and hot food seller, couldnt have been better! 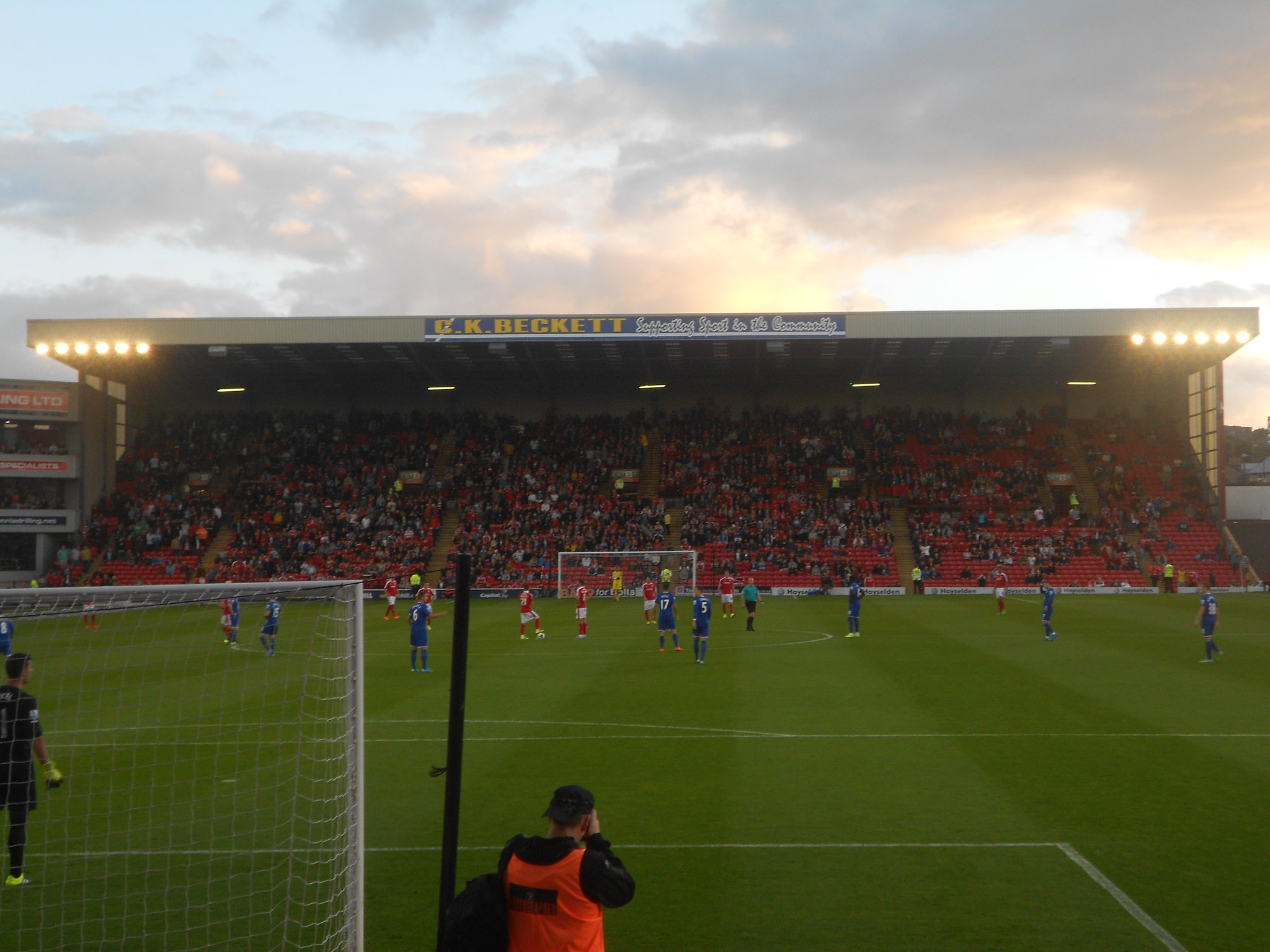 Its a very good ground really. Upgraded on 3 sides, the two big single tier ends are very imposing, the ground feeling much bigger than its 23k capacity. The side stands are both two tiered, the older West Stand having some pillars in the upper tier, while the East is modern and has flawless views all round, as the two behind the goals do. 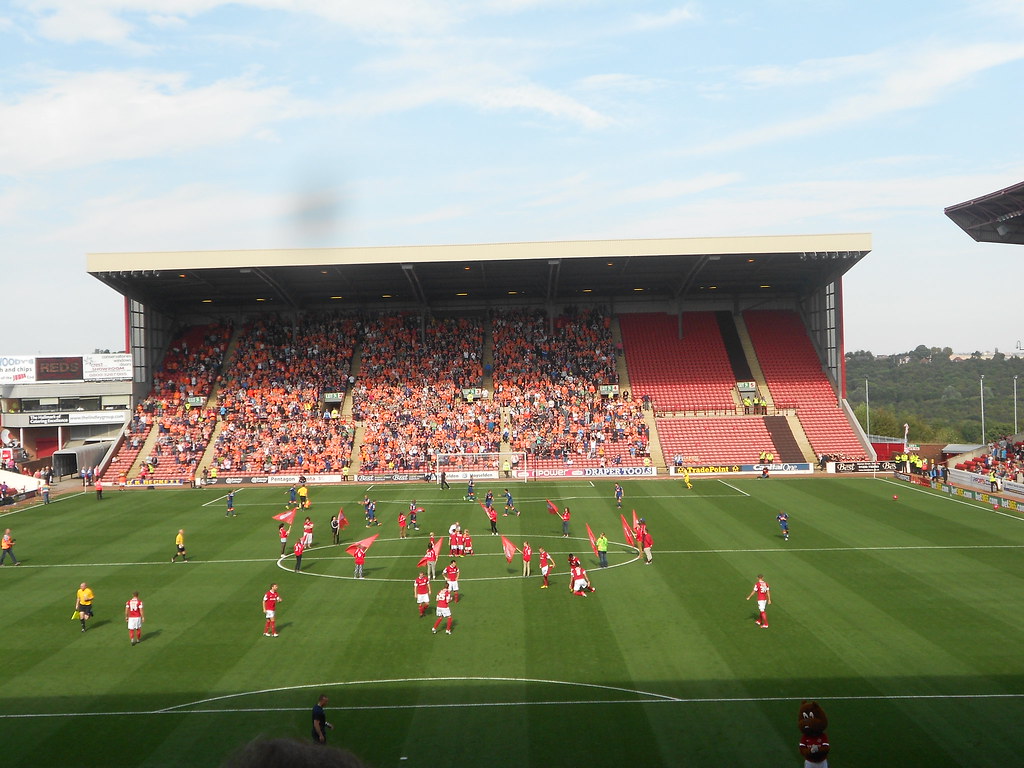 Blackpool fans in the North Stand

It was really good actually! Blackpool brought plenty over, but were fairly quiet for much of the game. The Barnsley fans were fantastic first half, a bit more reserved second half, but as the game was coming to an end and the game started to get a bit frantic, both sets of fans were really going for it. Even better understandably for my second visit, an absolute goalfest! 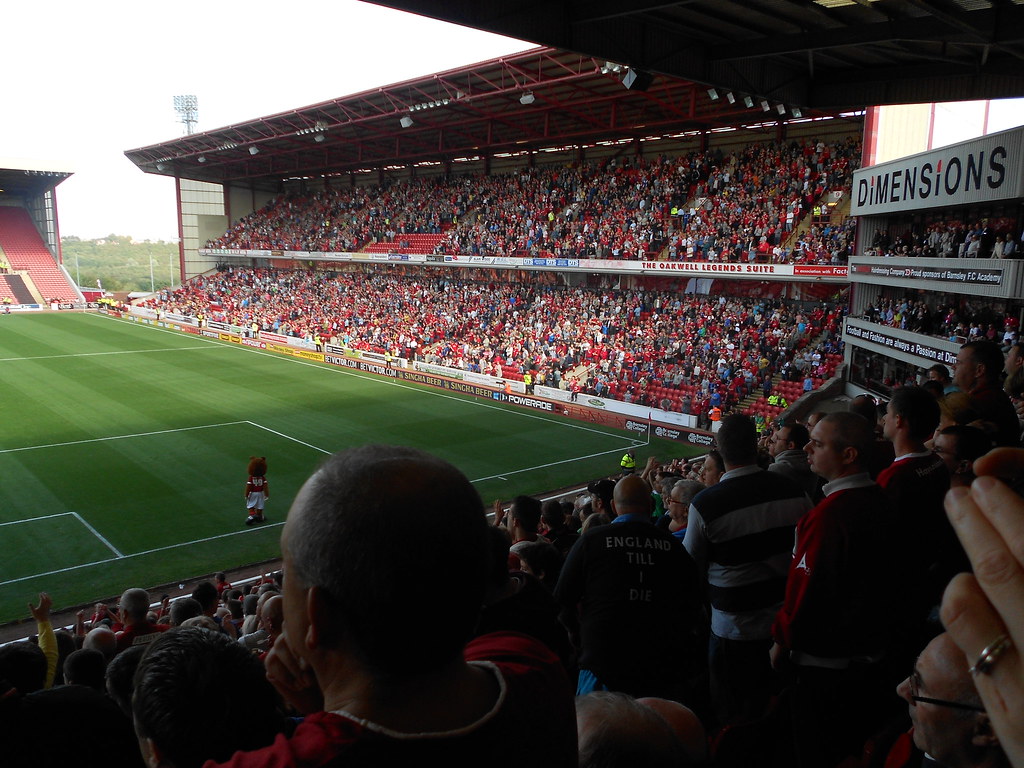 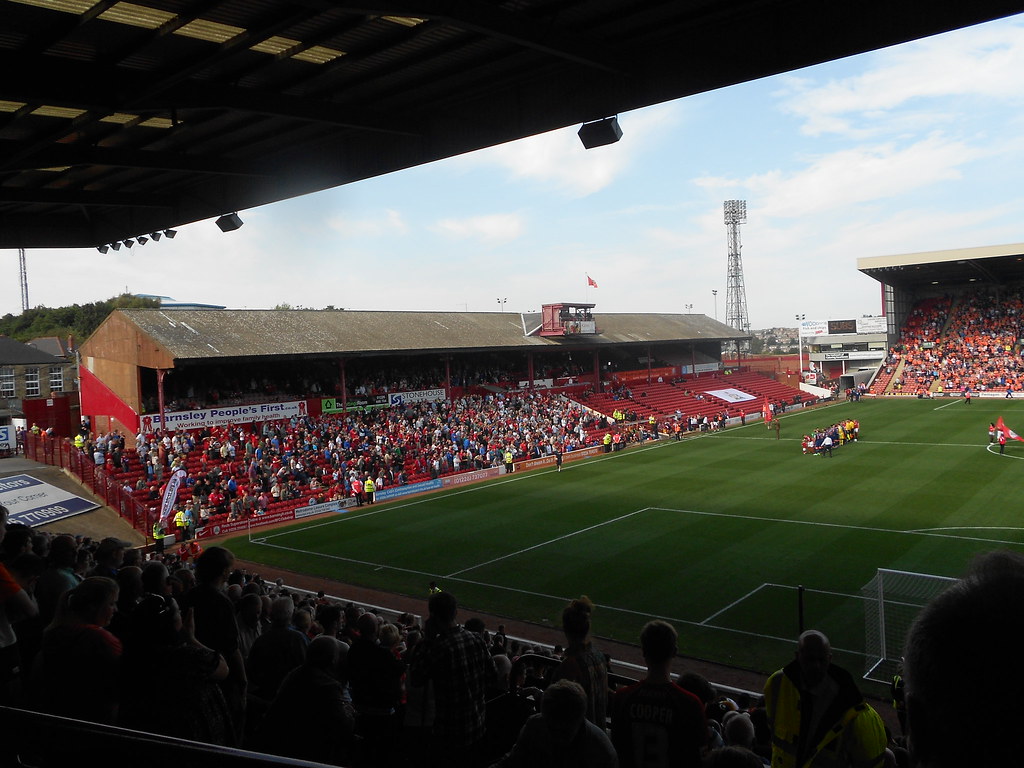 Not a bad one to be my 100th football and rugby ground! Classic heart of its community club, good atmosphere and great facilities, it had everything really.
Oakwell Photos
Posted by Unknown at 14:14