One of the easiest grounds to drive to and park there is. Motorway all the way, the ground is just off the M23, and you pass two free parking areas on either side of the dual carriageway, so you can pick which one depending on which way you’re going when you come out. Couldnt be better. 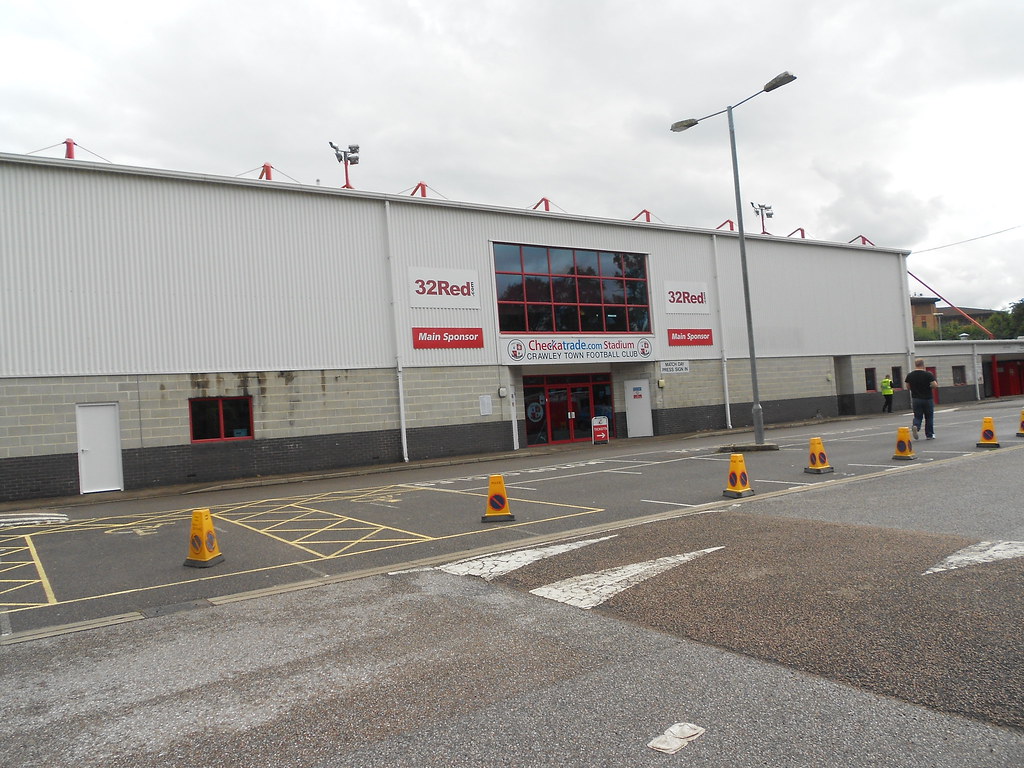 Not a lot really near the ground, it seems quite isolated. I took a LONG walk looking for something and got bored so ended up stopping at a pub for some dinner! Good food, but not a walk Id recommend!

It still feels very non league, which I suppose is obvious given Crawley’s rapid rise. A small covered terrace at either end, with the decent looking seated main stand on the west of the ground, and the tent like East Stand which replaced an old uncovered terrace is pretty reminiscent of the South Stand at Bristol Rovers! 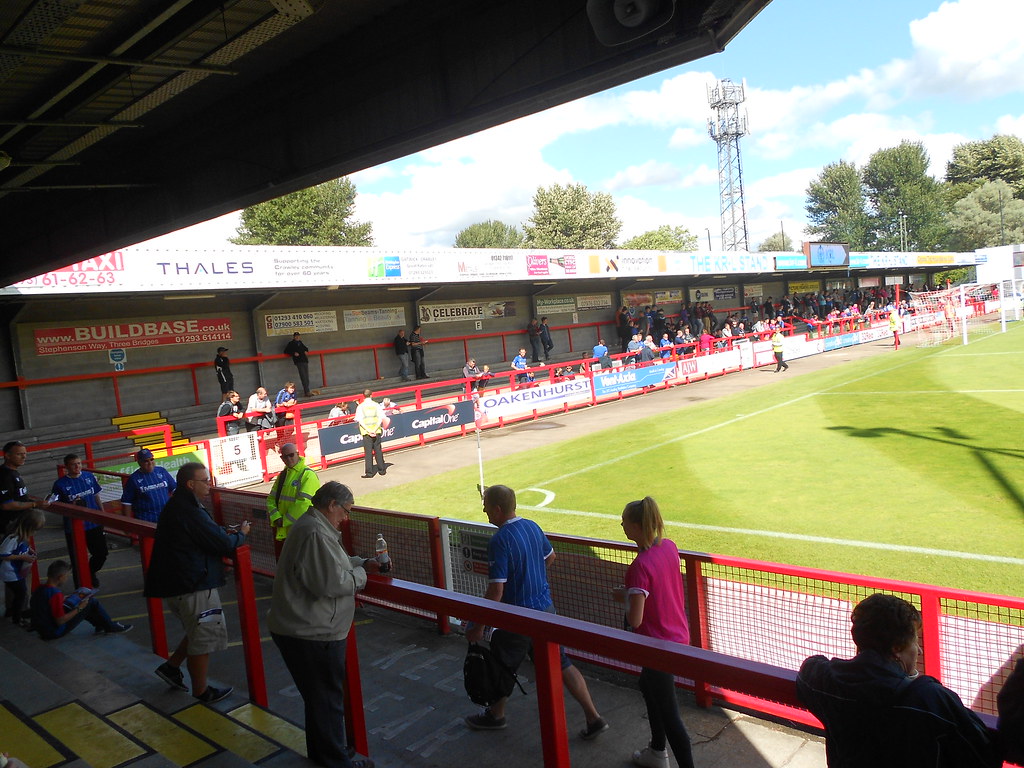 Gills fans in the North Terrace

Pretty awful actually. Crawley fans have a drum…thats never good. Though it was a big improvement all over the ground in the second half when all the goals and red cards started going on! 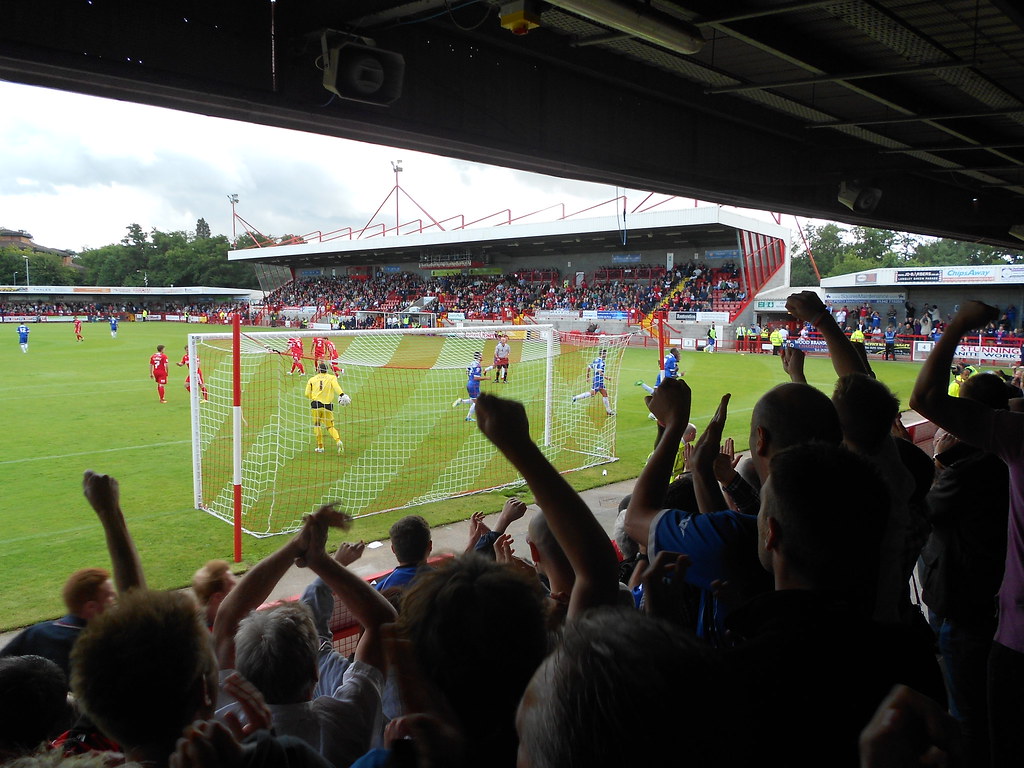 The West Stand, as Gillingham celebrate a goal

This was the first game at Crawley’s newly sponsor named ‘Check a Trade.com Stadium.’ Bad enough they were playing a silly jingle over the tannoy before the game…they then played it again after each of the Crawley goals! Cue the Gills fans singing ‘that was embarrassing!’ 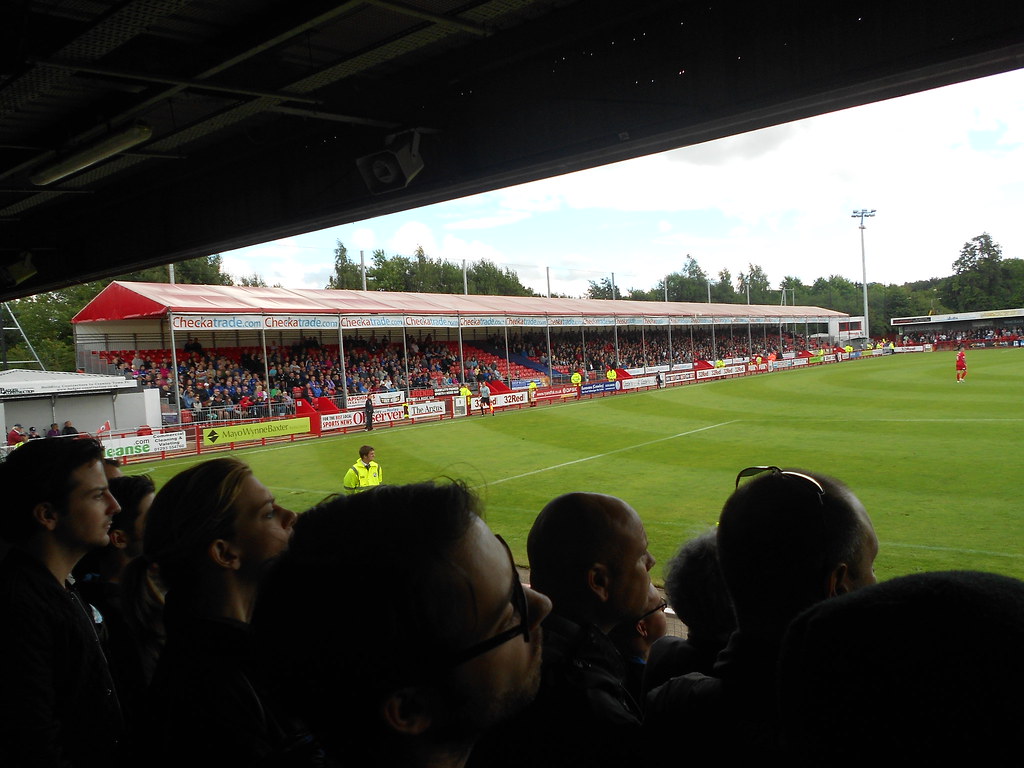 Both sets of fans in the East Stand

Not a fan. The terraces behind the goals are so shallow, your view is blocked by the goal unless you’re on the back row on your tiptoes! Very non league, but then I guess Crawley dont need any bigger right now. And it least has cover all over.
Broadfield Stadium Photos
Posted by Unknown at 15:31