Another town, another ground that isnt signposted until you can see the floodlights! Parking more than made up for it though, parked on Shrivenham Road for free, right behind the Stratton Bank on a recommendation…got home in just over 2 and a half hours, so absolutely spot on! 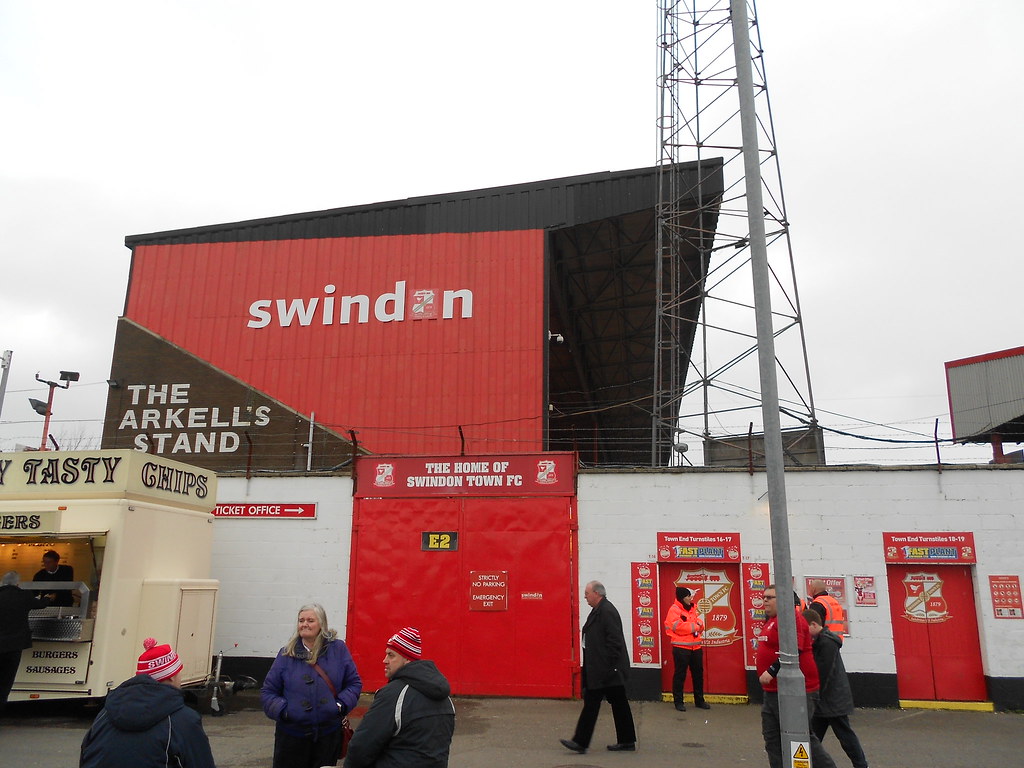 Outside the Arkells Stand

Wish Id waited until I got in the ground! Went to Burger King just across the road from the ground, and there were plenty of other bars and pubs, including an away fans bar on the Arkell’s Stand, a chippy with a massive queue (which I should have taken as a mark of its quality, rather than avoiding it because it had a massive queue!) and then when I got inside, there seemed to be a lot more choice and of decent quality than there is at most other grounds! Including my favourite chicken & mushroom pie…oh well…my Burger King nuggets were okay I suppose… 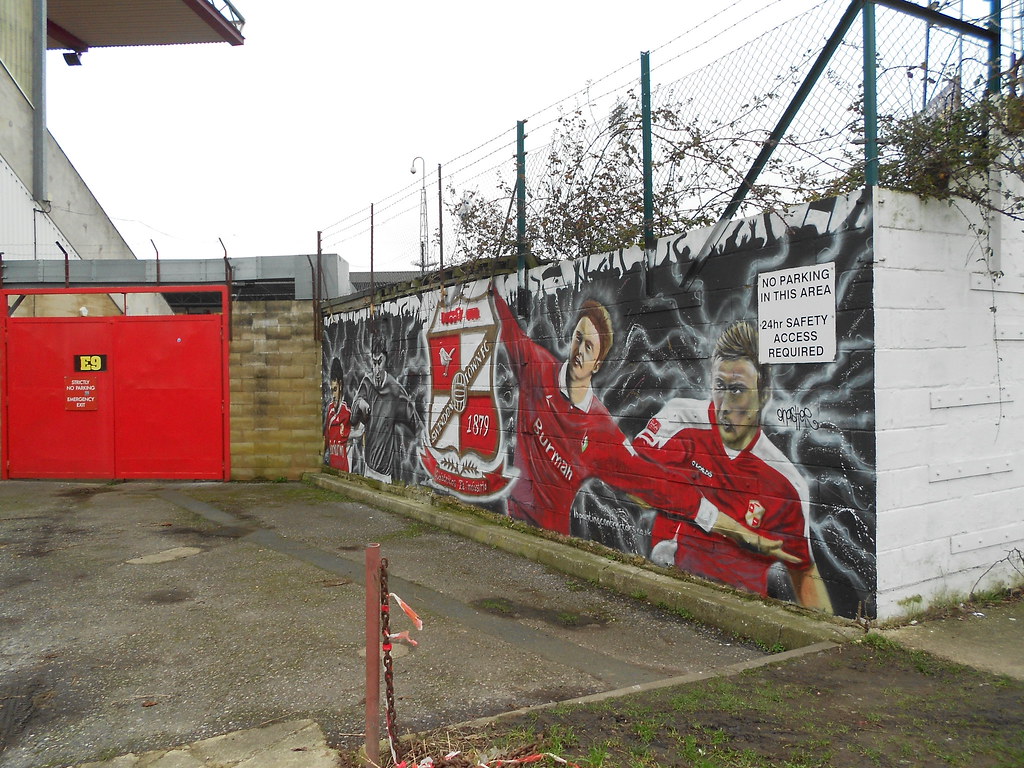 Cracking little ground. Its all seater, with a big stand along either side, the little covered Town End behind one goal, and the uncovered Stratton Bank for away fans when they bring enough to justify opening it. I was in the upper tier of the Don Rogers Stand, and I think its possibly the best seat Ive ever had at a football ground. High up enough that the view was flawless, while it was also steep, so it still felt right on top of the action, and not isolated. Quality ground. 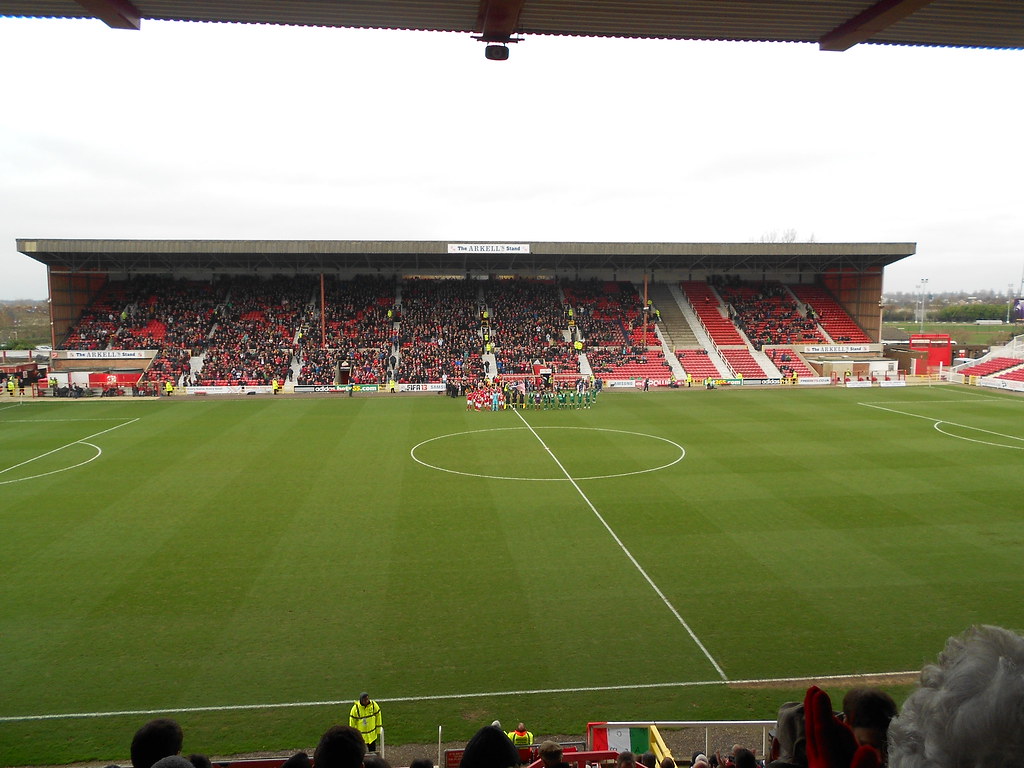 Only thing that let it down, it was very disappointing. Maybe Swindon have been spoiled a bit lately (they won their two home games before this one 5-0!) or Carlisle didnt bring so many so they were forced to banter between themselves, but it was generally poor and some pretty cringeworthy stuff. Jesus, I thought ‘East Stand give us a song was bad,’ ‘We are the Town End, we’ll sing when we want,’ ‘You are the South Stand, you’ll sing when you’re told’ was a bit of a new low in cringey chants. That and goal music. Lets them down badly! 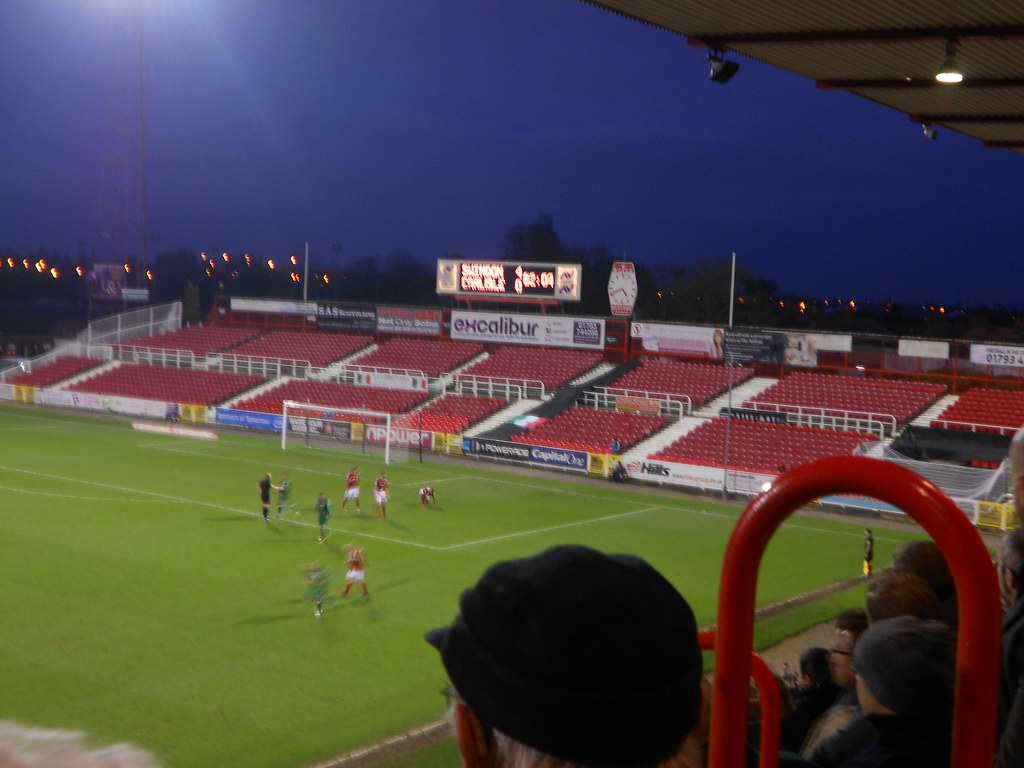 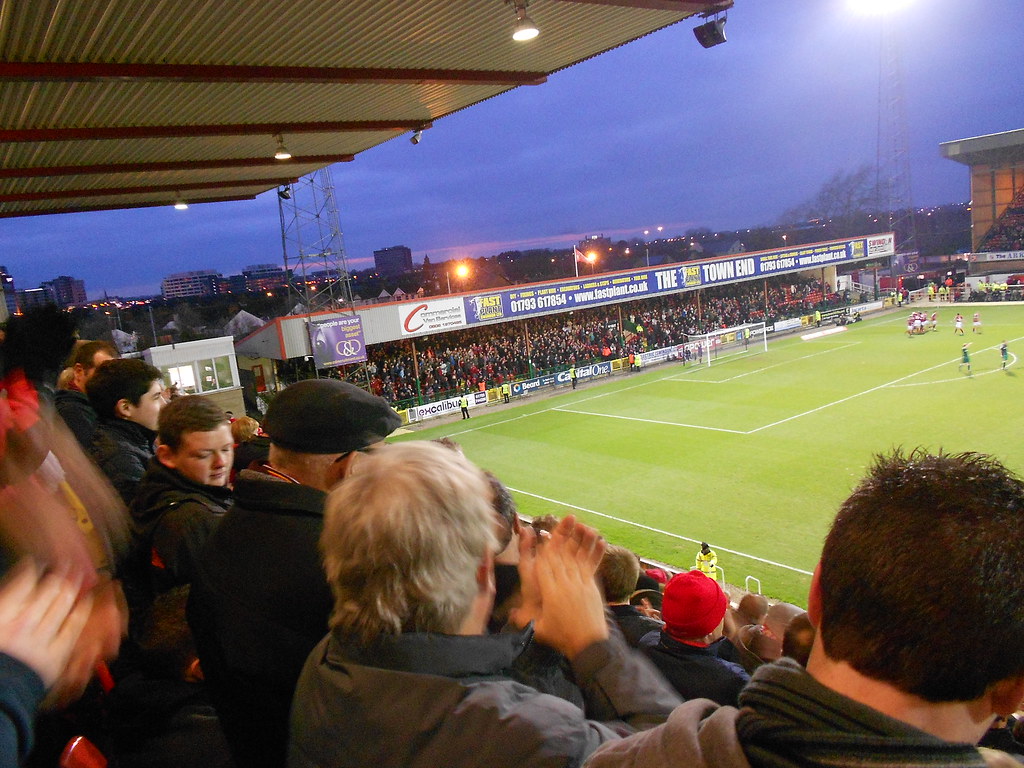 The Town End celebrates a goal

Fantastic ground, as above, only really let down by the lack of atmosphere, everything else about the place is excellent.
County Ground Photos
Posted by Unknown at 14:43