Drove all the way there, nice easy drive, but the SatNav was pretty important as you’d never find it otherwise! My first sign I was anywhere near a football ground was when I saw signs outside residential streets saying ‘no football parking!’

Frustratingly, the way the SatNav brought me in, I came in through a little village called Stratton, so from what I saw before the game, there was nothing around! But the way I came out, I passed a McDonalds and a pub called the Beech, so not quite as isolated as it seemed! Food inside was a far better choice than most football grounds, they had chip barms, which is rare enough in itself! As well as more local delicacy of faggots which I havent had since I was a kid!

Burton moved to the Pirelli Stadium in 2005 after nearly 50 years at Eton Park. The ground is all covered, with seats in the Main Stand, and three steep terraces.Not the most interesting ground in the world, so thats about it really! 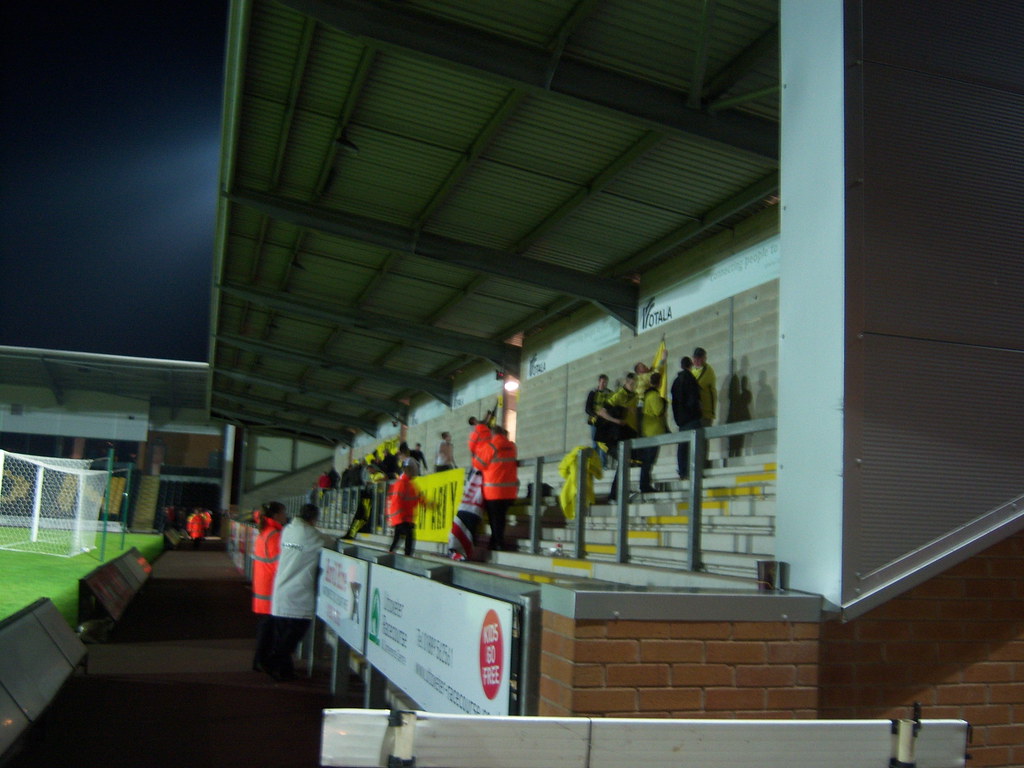 The West Terrace at full time

Not the best to be honest. The handful of Stevenage fans never really got going, and while the Burton fans were quite noisy at the start, the first half performance seemed to deflate them a bit. It showed how good the atmosphere can be in the second half though, as Burton fans lost patience with the referee and Stevenage’s timewasting tactics, but it soon died out. I suppose the size of the crowd doesnt help, as there was room for at least 3 times more than were present. 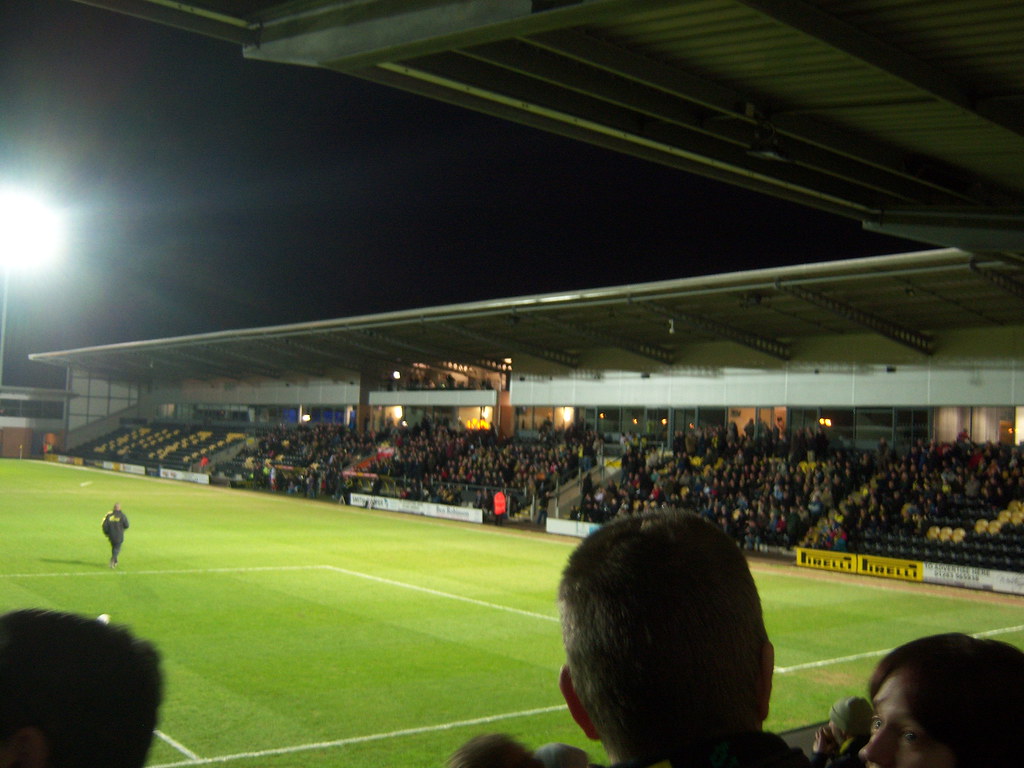 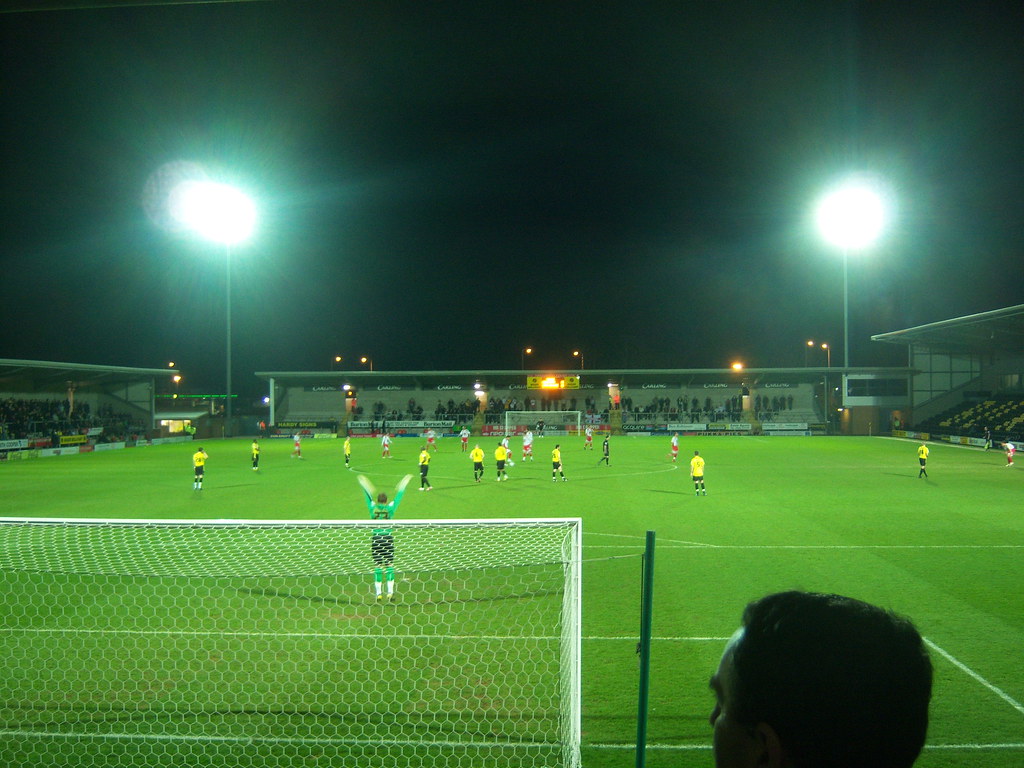 Stevenage fans in the East Terrace

Nothing overly exciting to look forward to really. Its not bad…its just nothing to write home about either.
Pirelli Stadium Photos
Posted by Unknown at 11:51