Since Sky were kind enough to shift this game to a Monday night, I was forced to go on the coach, not exactly fun for such a long trip. The traffic getting through the city seemed to be horrendous, taking us nearly an hour to go the last 9 miles or so to the ground. Drove on my second visit for an equally horrific TV induced 12.45 kick off, only to find driving is as bad. I parked at the Ocean Village Marina, a good mile or so away from the ground, only to find the traffic getting out of the city is still horrendous. Drove again on my 3rd visit, but took the advice on the Football Ground Guide and parked on the other side of the Itchen Toll Bridge. There is a little car park there, free for five hours, pretty much right below the bridge on Oakbank Road, and from there, its just a walk over the bridge and down the road to the ground, which you can see from the bridge itself. To get there, you come off the M27 at junction 8 and it completely avoids the city and all the traffic. Far better, despite being near enough the exact same distance to walk as it was parking at Ocean Village Marina. 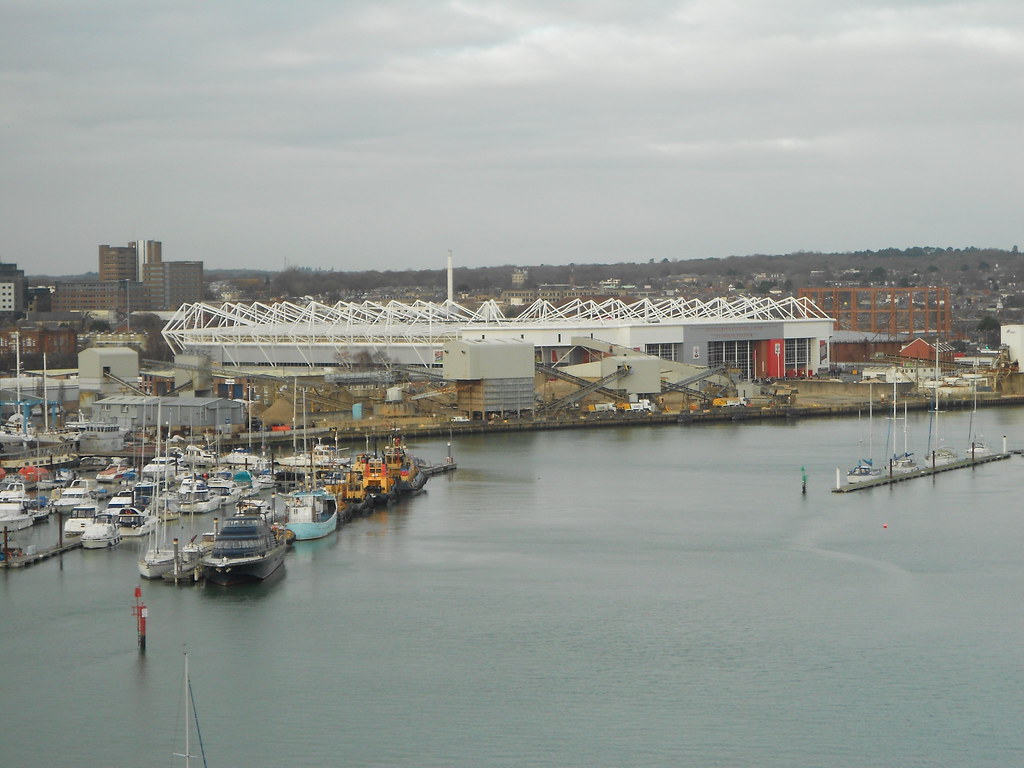 We arrived less than an hour before kick off so not a great deal of time to look around. Didnt seem to be a lot anyway, especially judging by the number of burger vans outside the ground, which led me to think there isnt much else nearby! Had to walk from the city centre second time, and my initial assumption was right. The nearer you get to the ground from the city centre, the more the pubs and eateries thin out, leaving nothing near the ground. To be fair, the chips they sell at said burger vans arent too bad. 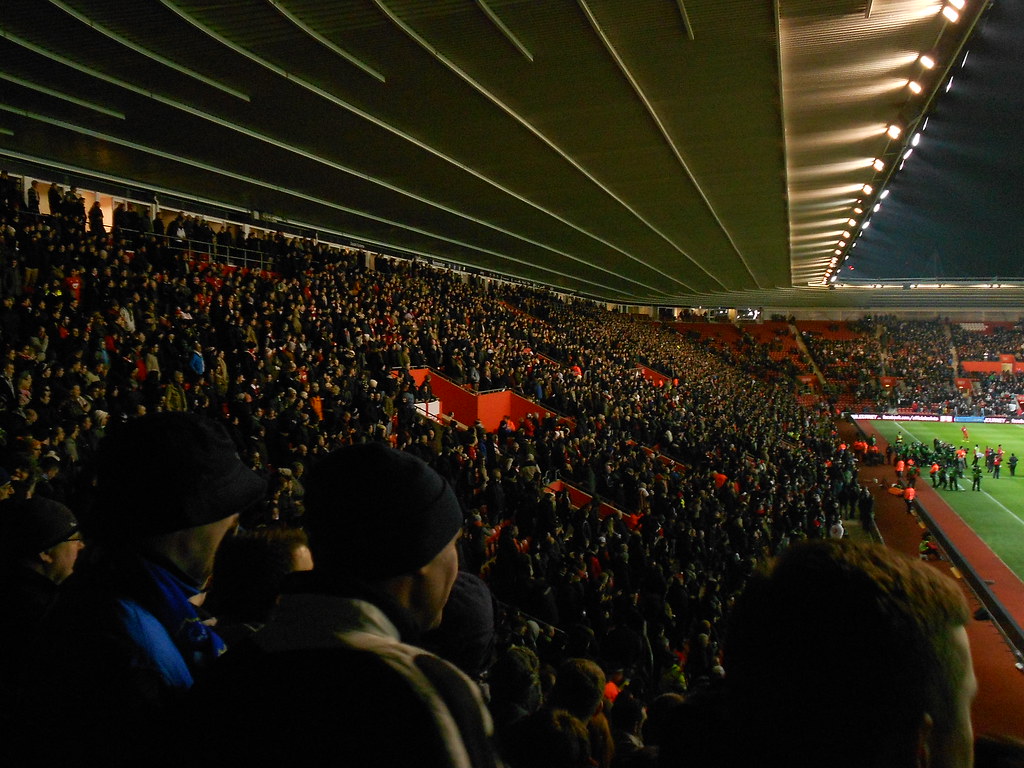 Its a red Leicester (not the cheese unfortunately…). Thats about it. Another new ground out of town with no real characteristics about it. Acoustically at least it seemed to be better than Leicester, but that was the only real difference. Four near enough identical stands in a bowl. The concourse was fairly small as well, and for some reason only one turnstile was open and they insisted on the most vigorous search Ive ever known on every single fan so it took forever to get in. Was a bit of a push getting out as well, as all of our fans were emerging from one exit, while seemingly all of the home fans had to pass it so there was quite a bottleneck just getting out. 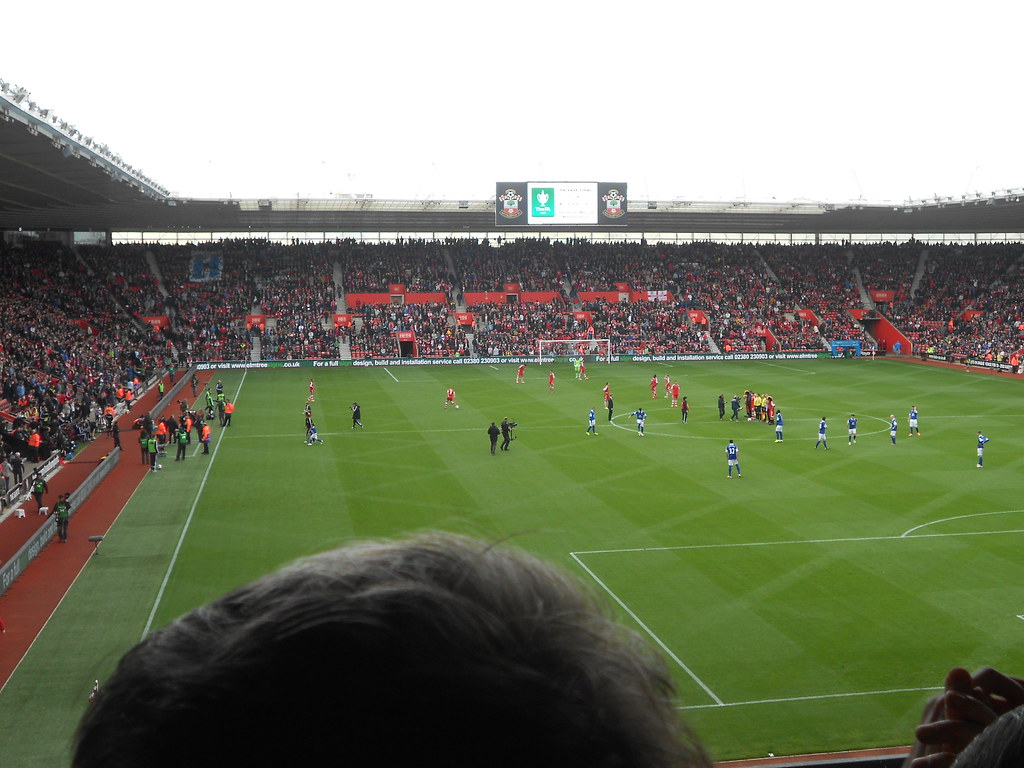 As I mentioned, acoustically at least it seemed better than Leicester, where people 100 yards away from you couldnt even be heard, but in general the atmosphere was hit and miss. Southampton have for some reason resorted to copying off Tottenham with a slow ‘Oh When the Saints,’ and thats about it. Why steal a song when you’re the only team who can sing the proper one anyway? Then of course there were such small time offerings as ‘Northam give us a song’ and ‘We forgot that you were here…’ every single time we sang something…it wasnt witty the first time, nor was it any wittier after every time we made a noise. Dont even get me started on that ‘Fan in the Stand’ before the kick off… 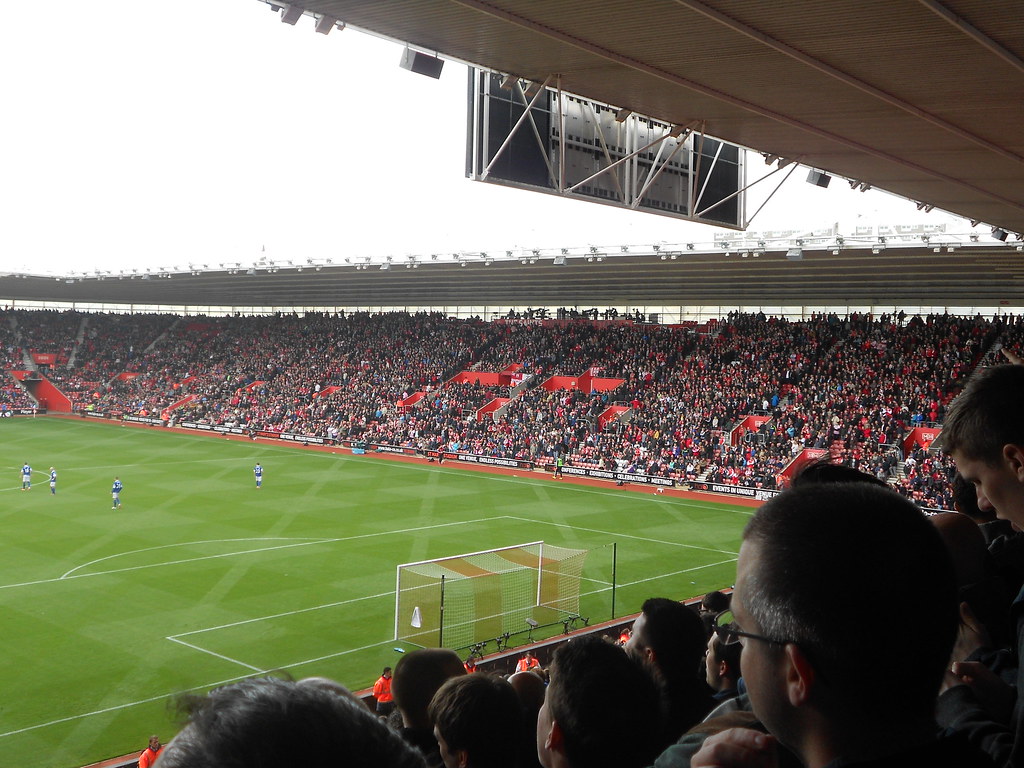 A show in the true nature of fickle football fans. Manager Nigel Adkins was surprisingly sacked before the game and replaced by Mauricio Pochetino who speaks no English. When our fans sang at them ‘Wheres your Adkins gone,’ a lad next to the away end responded by proudly holding up an Argentina flag…only to hide it quickly when all around him started singing ‘One Nigel Adkins,’ which they then followed up by singing the new manager's name! Southampton also have the absolute worst DJ with a mike as their announcer in the Football League, and now have a hashtag on the pattern in their seats. Horrible.

Not a fan, my worst kind of ground.
St Marys Stadium Photos
Posted by Unknown at 14:52