Its a long old drive from up north…the ground is signposted as soon as you reach Bournemouth, though all the signs direct you to the club car park behind the Ted McDougall Stand…Id recommend searching a bit further afield for parking because its an absolute nightmare getting out after…we parked at Harewood College second time, £2 and much better for getting out. Only downside is you have to walk across a field to the ground...which isnt the brightest of ideas on a dark blustery day! It's also worth noting that all of the street parking around the Littledown area, just outside King's Park where the ground is, is a parking 'controlled zone.' And it only applies Monday to Friday, so its basically all free street parking if you're playing there at the weekend.

Got the train on my latest visit. Horrible horrible five hour journey from up north that seems to stop at every single station. The walk from the main station isnt bad though. Only downside is that the ground isnt signposted at all. You would think with now being a Premier League club, they could at least list the ground as a landmark on all the walking signs, and not just the beach and piers! 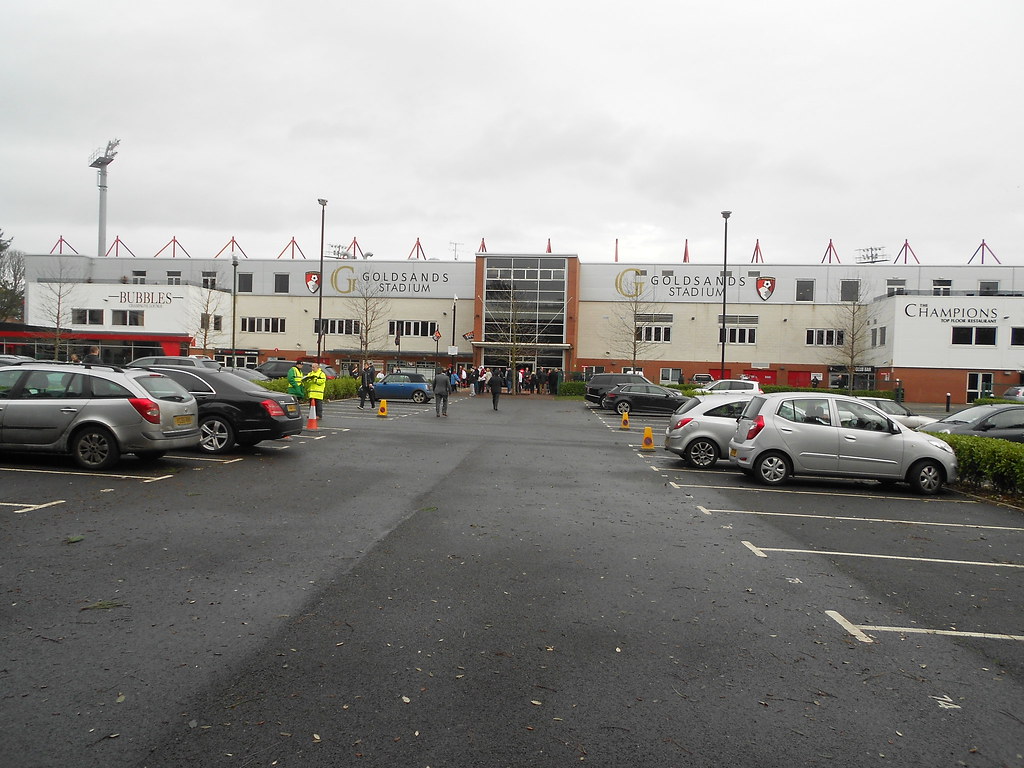 Location likewise isnt the best, there is more places to eat and drink if you are coming from Pokesdown Station (as I found out when I drove all around the world getting out of the car park!) Having a walk around to Boscombe looking for food before the game, there really isnt a lot, I ended up going to a cafe in the nearby shopping centre, as I never passed anything else on my way there, just the one little cafe in the park next to the ground. There is a very good cafe opposite the shopping centre too, which does a lovely roast dinner! If you're coming from the other station at Bournemouth Central, you pass plenty of places too. Including a burger place called Smokey's which does the best burgers Ive ever had in this country. The chicken funghi fusion is godlike. 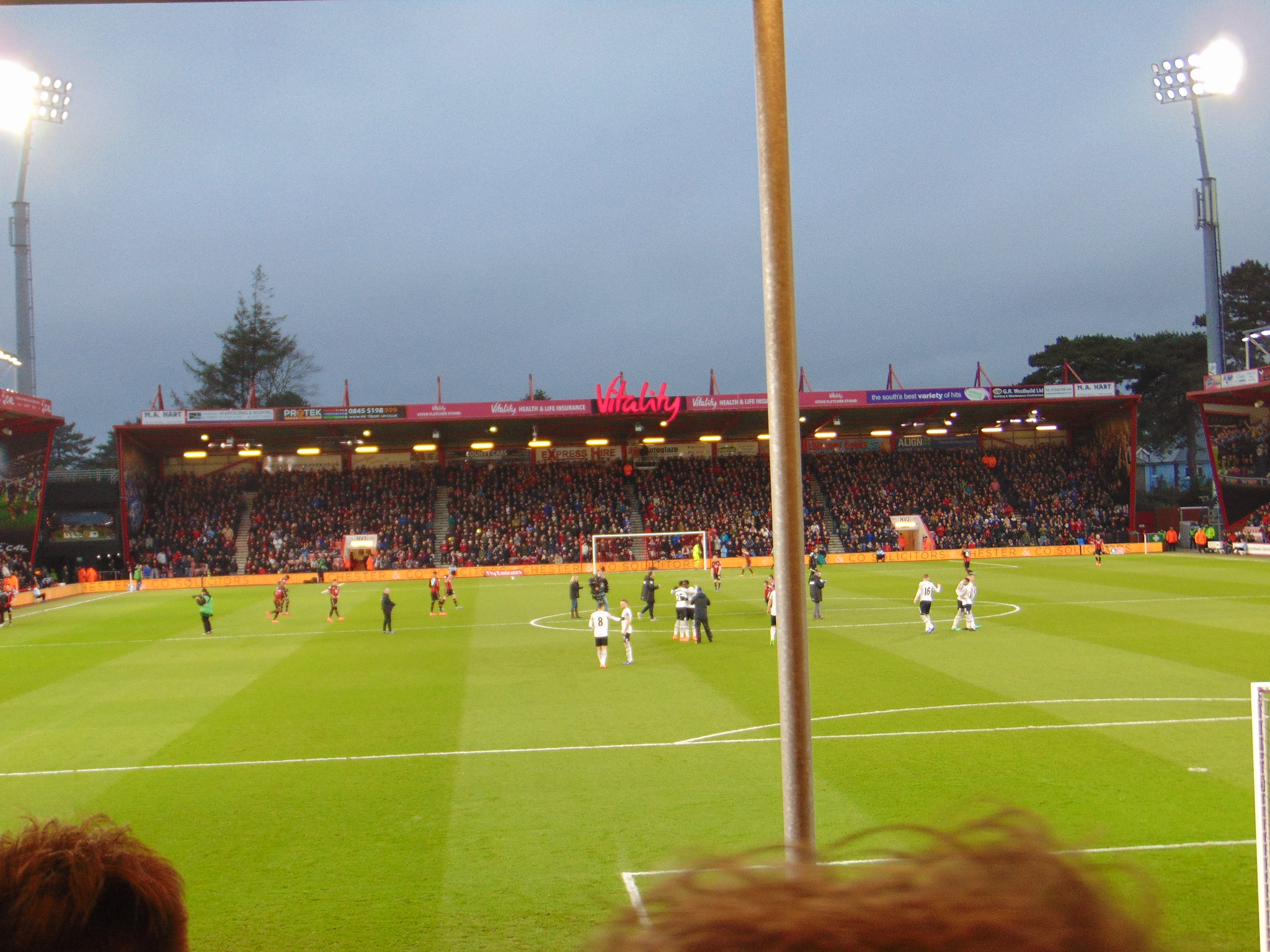 The ground has been completely rotated and redeveloped since 2001, and now has 4 sides after the building of the Ted McDougall Stand. That stand is a bit more temporary in nature with a couple of pillars, while the other 3 were all built together and are pretty uniform single tier stands. 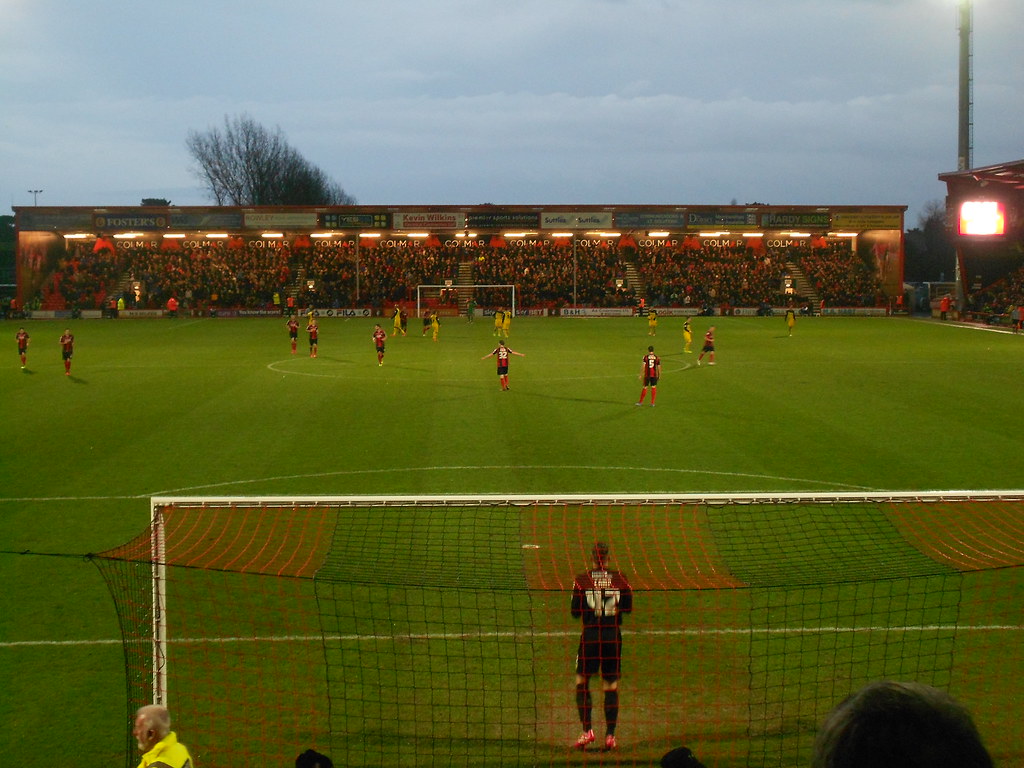 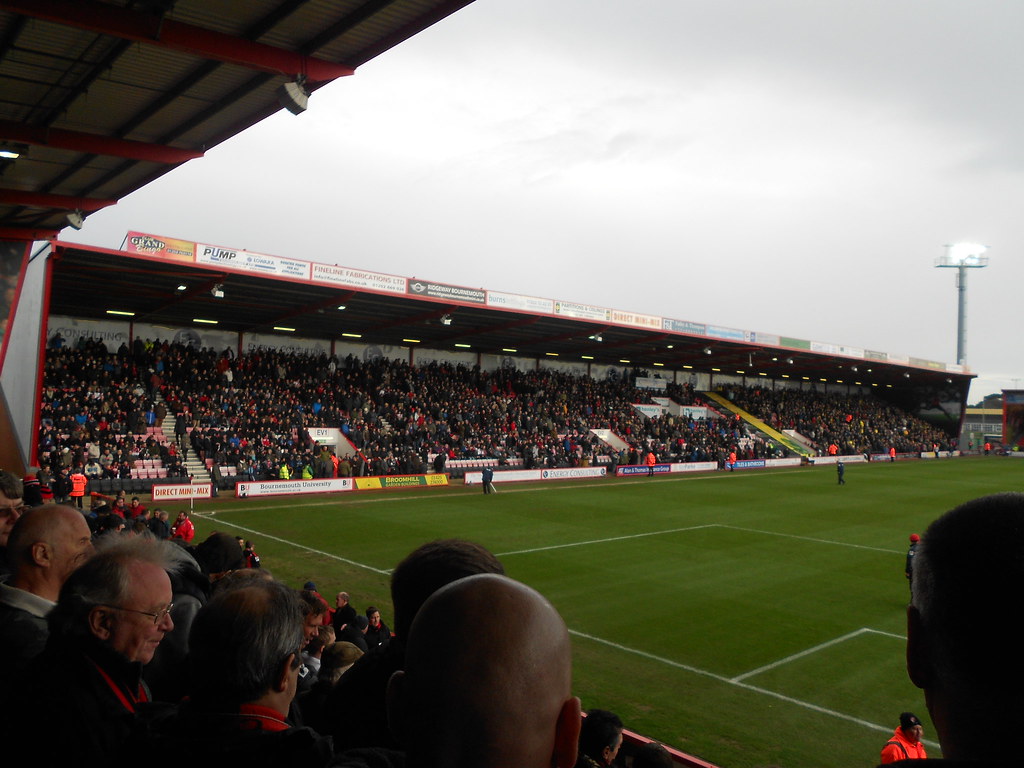 There were a few anti-ITV chants comically, due to some ticket holders being moved for the Liverpool game in the FA Cup next week so that ITV can get their cameras in! Also things got very nasty after my second visit thanks to a couple of pitch invasions, fans trying to get at each other, bit of a kick off outside. It was a surprise really, as I was sat right next to the home fans and they never even looked at the away section until they equalised and then things started getting nasty. 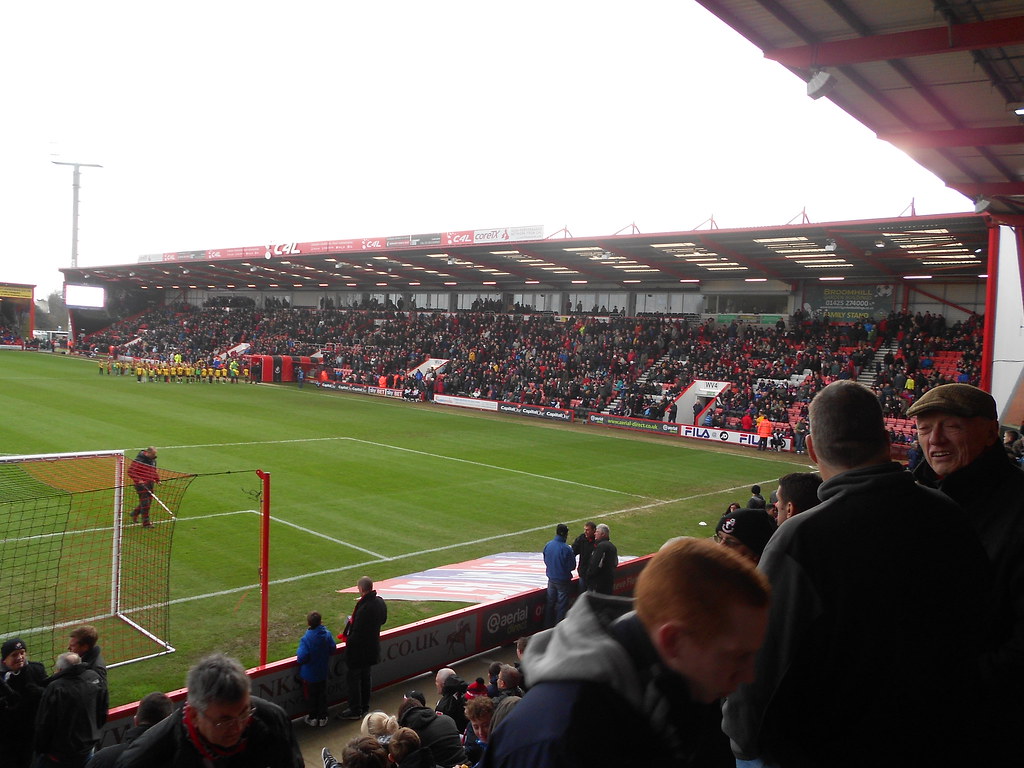 The teams walk out from the West Stand, 2014

Not a fan, pretty dull ground overall, miles away, and a fairly dull location. Atmosphere is its most redeeming feature.
Dean Court Photos
Posted by Unknown at 16:05