Not bad considering traffic in that part of Warrington is ALWAYS bad…it wasnt that bad when a match was on though! Follow the A49 all the way from the motorway, and the ground is on your right. Just before the ground, there was a little car park that was absolutely perfect for getting out for £3. From me deciding to leave the ground, and pulling up outside my house was exactly 20 minutes, that cant be bad at all! 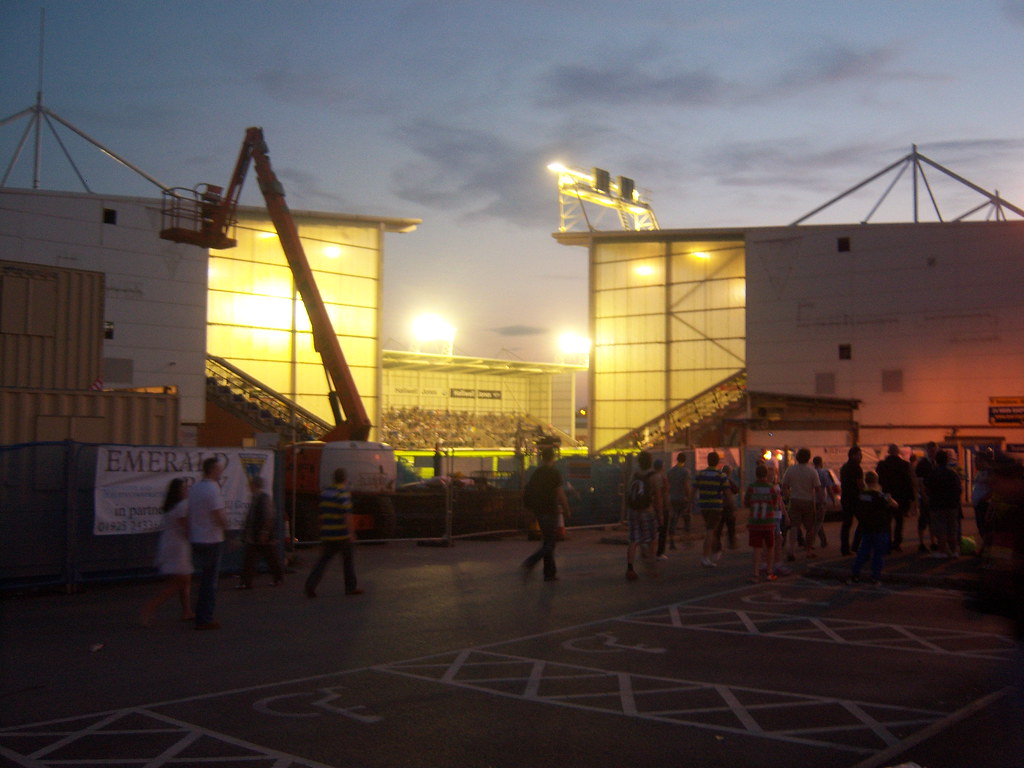 Ground exterior under the lights

Poor inside for a new ground, just the two outlets for a very large terrace, the queues stretched the length of the stand. Couple of places outside the ground, two pubs outside the East Stand, Tesco and the usual on the retail parks on the way up. 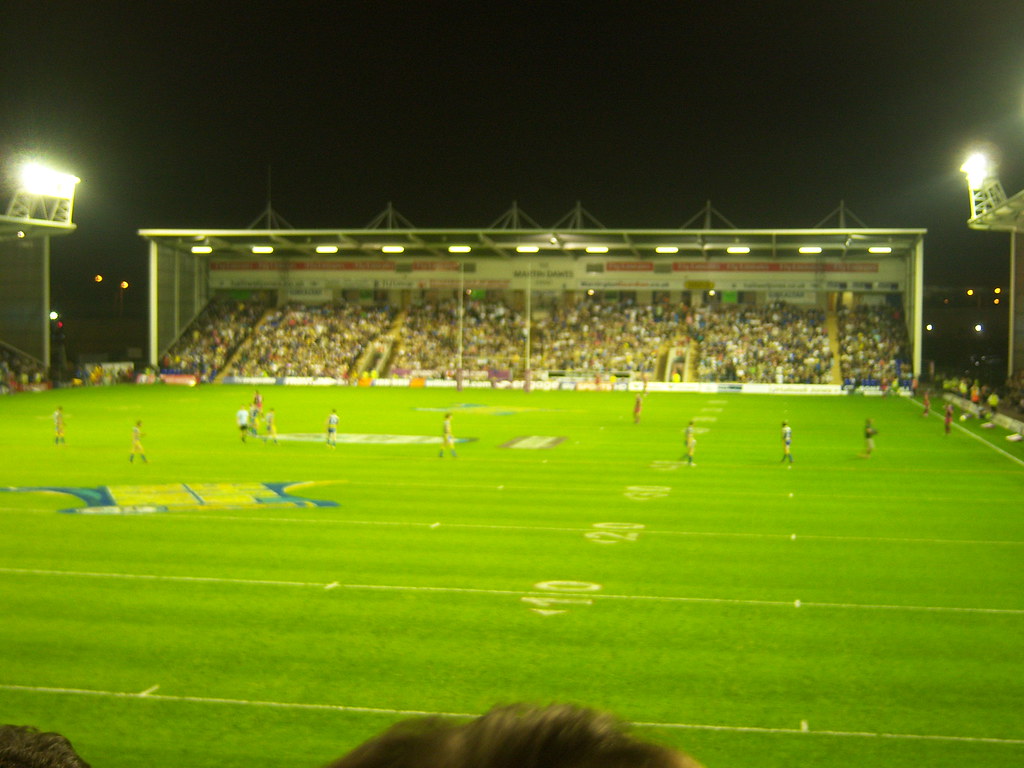 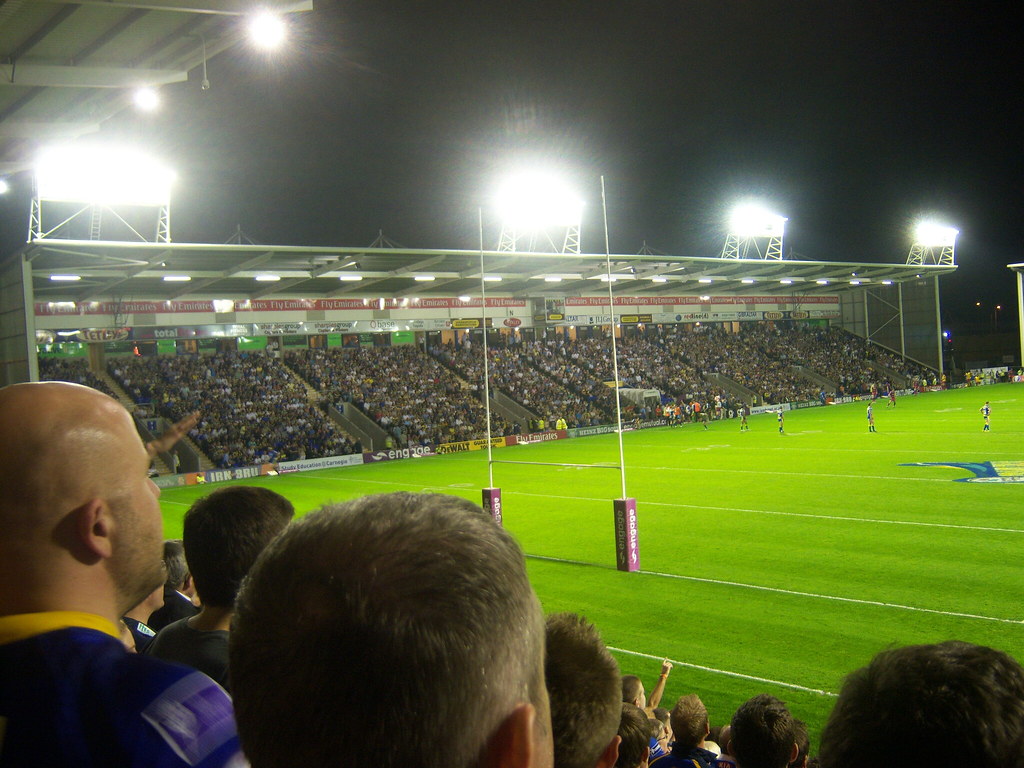 Warrington’s biggest home game in probably a generation or two, so naturally the atmosphere was pretty good! To be fair though, the stand I was in was mostly Leeds fans so I heard them more than anyone. 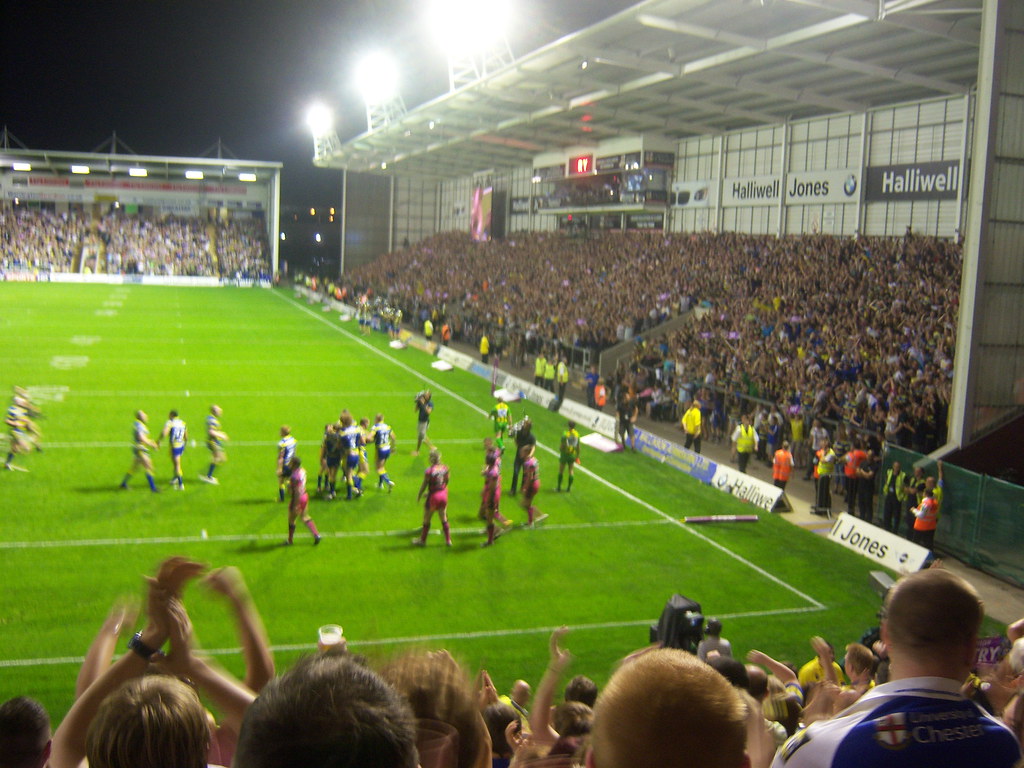 Knowsley Road, the Willows, Headingley, they’re the past. Rugby is heading the way of football, and the HJ, the DW and LSV are the future. Shame.
Halliwell Jones Stadium Photos
Posted by Unknown at 12:26