Had been advised that parking near the ground is a bit thin on the ground, especially street parking, so parked at Bedminster Cricket Club down the road for a fiver. Wasnt bad really, and was pretty quick getting out, and still managed to get in there even getting there quite late. 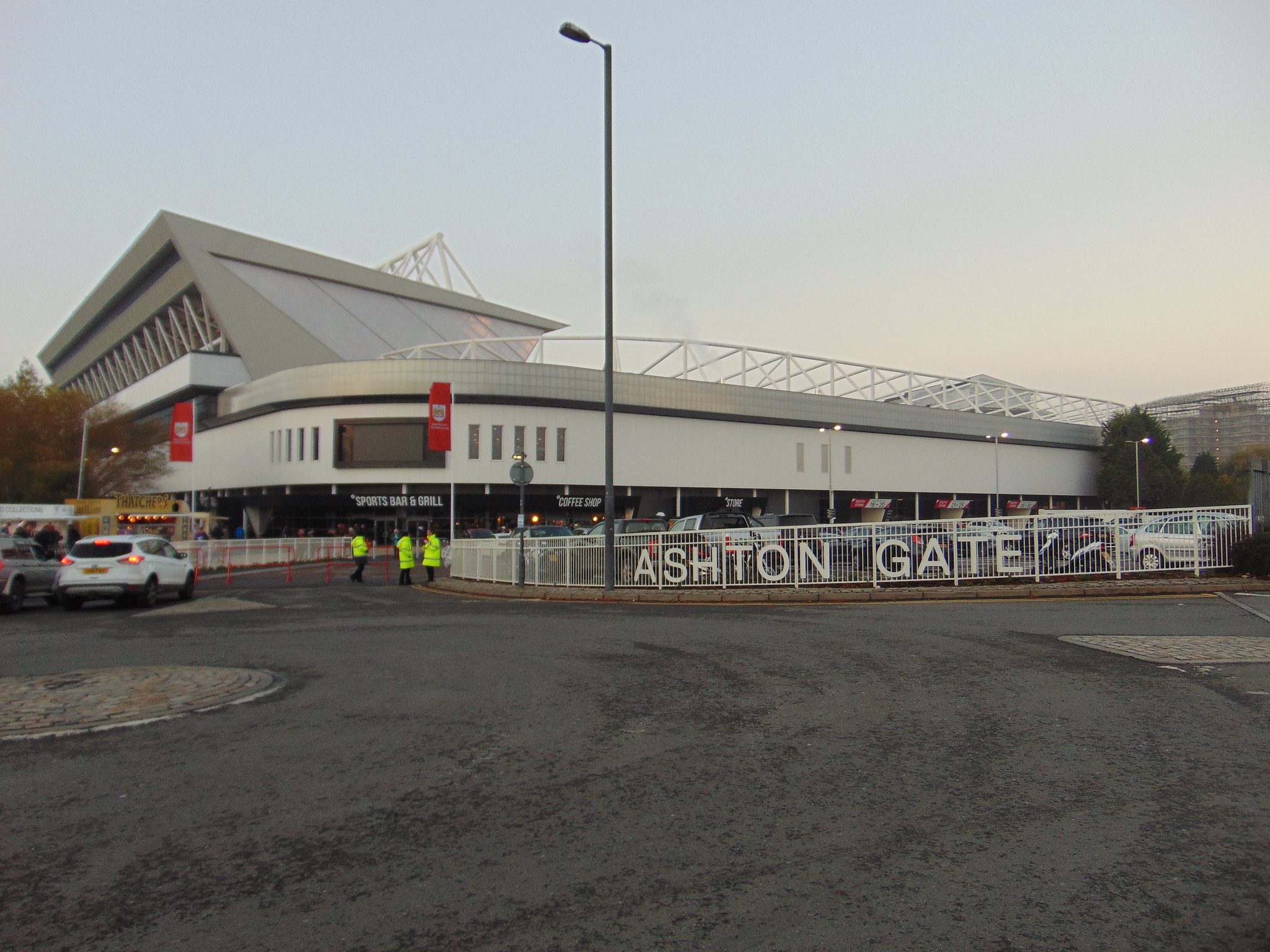 As I was late, I never really got to have much of a look around the ground. The cricket club I parked at did allow in away fans though, so that will always be a plus, and inside the ground, it seems southerners have finally learned how to make decent pies! City’s steak and ale pie comes very highly recommended! 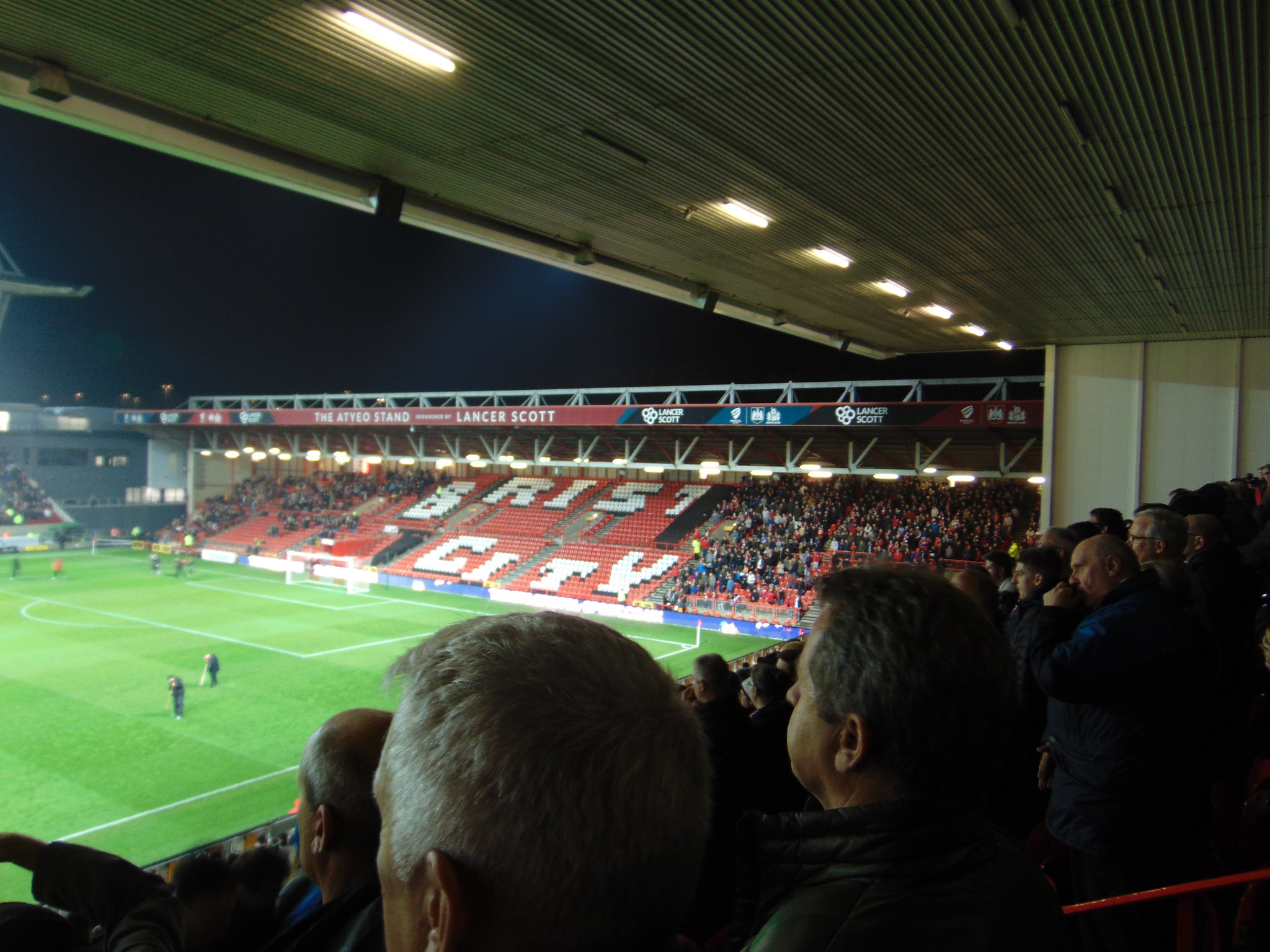 Fantastic ground, four very different stands with a decent balance to it. The Dolman and Atyeo Stands are big in size and with good views all around, while the older Williams and Wedlock Stands liven it up. Away fans currently share the Wedlock Stand (popularly known as the East End) with home fans, so instead of having the whole lot, they are tucked away in the corner. With all those pillars at the front of the stand, I cant imagine the facilities in the away end are quite as good as in the Atyeo!

By the time of my second visit, the Atyeo was the only stand unchanged! City have rebuilt the other 3 sides, and have to say, it's an excellent development. The new Dolman, Lansdown and South Stands are all modern and unrestricted, huge and spacious underneath, and all open, so you can walk all the way around the ground once inside (except the Atyeo) some very good touches like murals and things on the ceilings, its been modernised, but still retains a lot of individuality. The atmosphere doesnt seem to have suffered either. 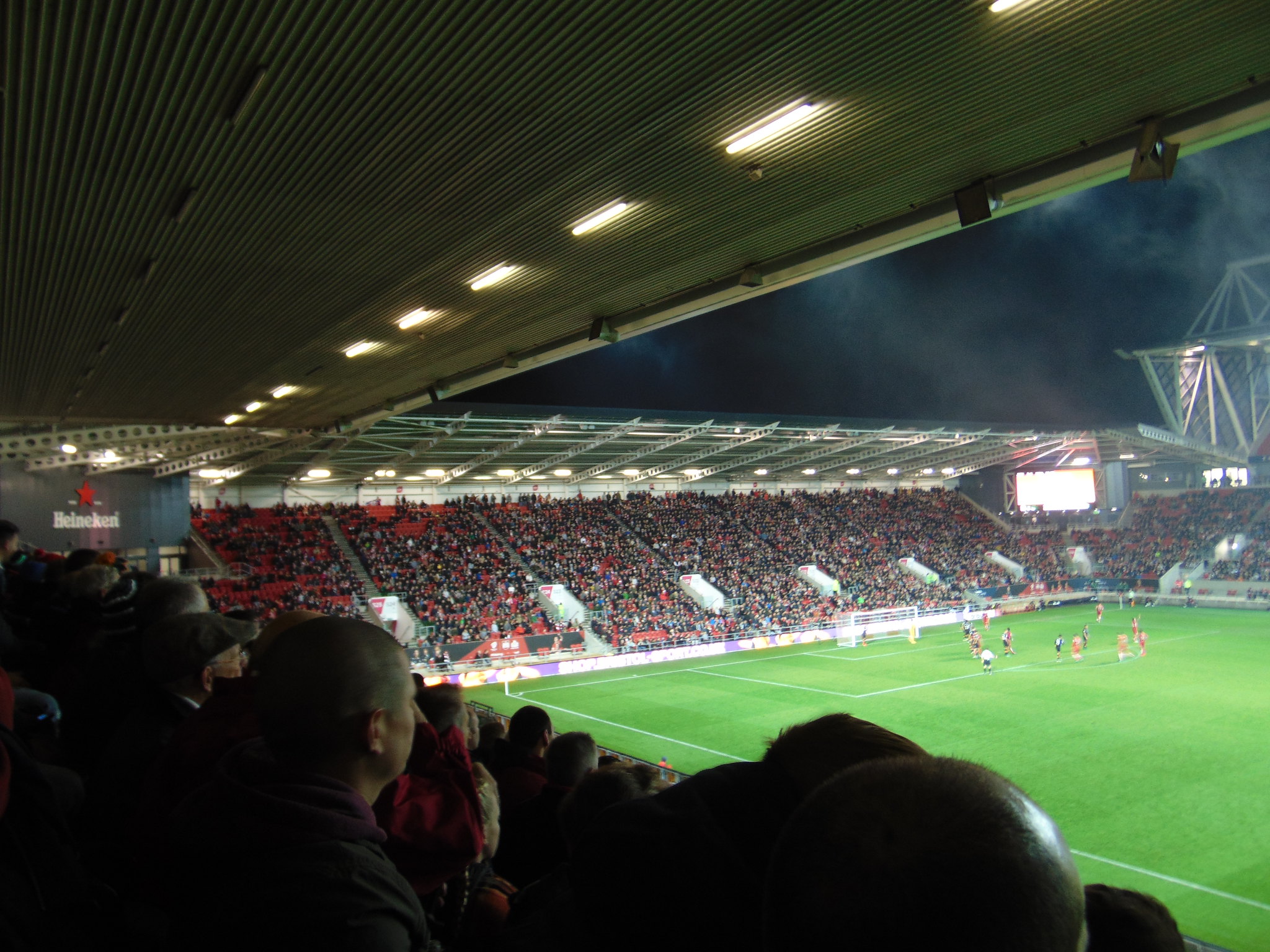 Pretty poor to be honest. The City fans in the East End seemed to be the most vocal, but even then it wasnt much. The banter from the Atyeo at Brighton’s keeper Kuszczak was great fun, after he made a big deal out of holding his nose after catching a high ball, the Atyeo gave a very unsympathetic ‘aaaaww’ every time he touched his face for the rest of the game, and he started doing it on purpose then and even clapped the Atyeo at the end, so a sense of humour in the atmosphere at least! 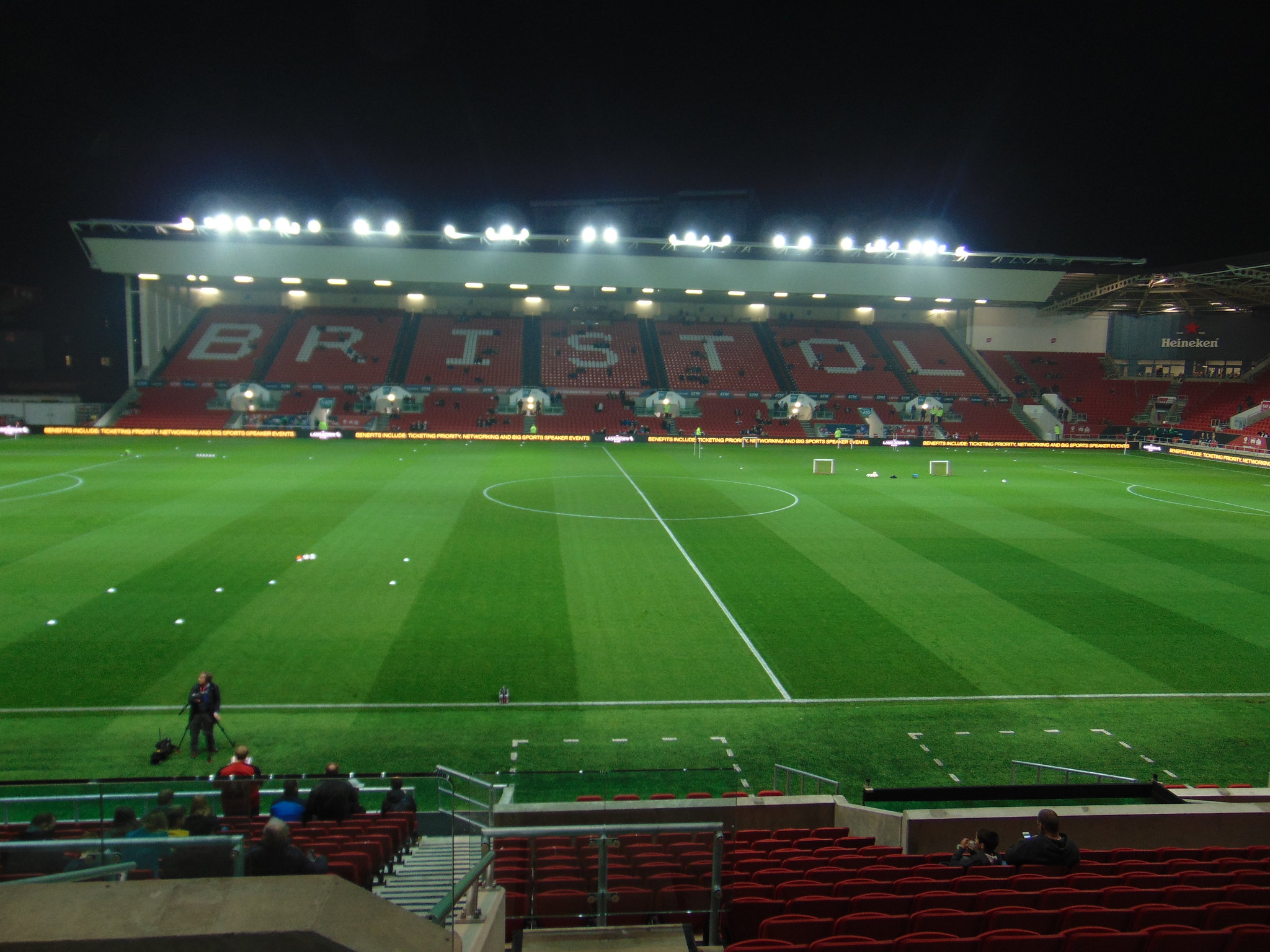 Surrounded by alleyways and underpasses, I imagine this place was a pretty nasty place to go back in the hooligan days!

Ashton Gate in 2013, before the 3 stands visible were redeveloped

Lovely ground, and a brilliant redevelopment. Bristol is a great city to visit for football too.
Ashton Gate Photos
Posted by Unknown at 14:58