Stayed the weekend in London with a friend as I was also going to Everton’s game at Spurs on the Sunday, but by train, it couldnt be easier, despite being quite far out. Direct overground train from Waterloo to Norbiton, and about a 10 minute walk, if that from there. 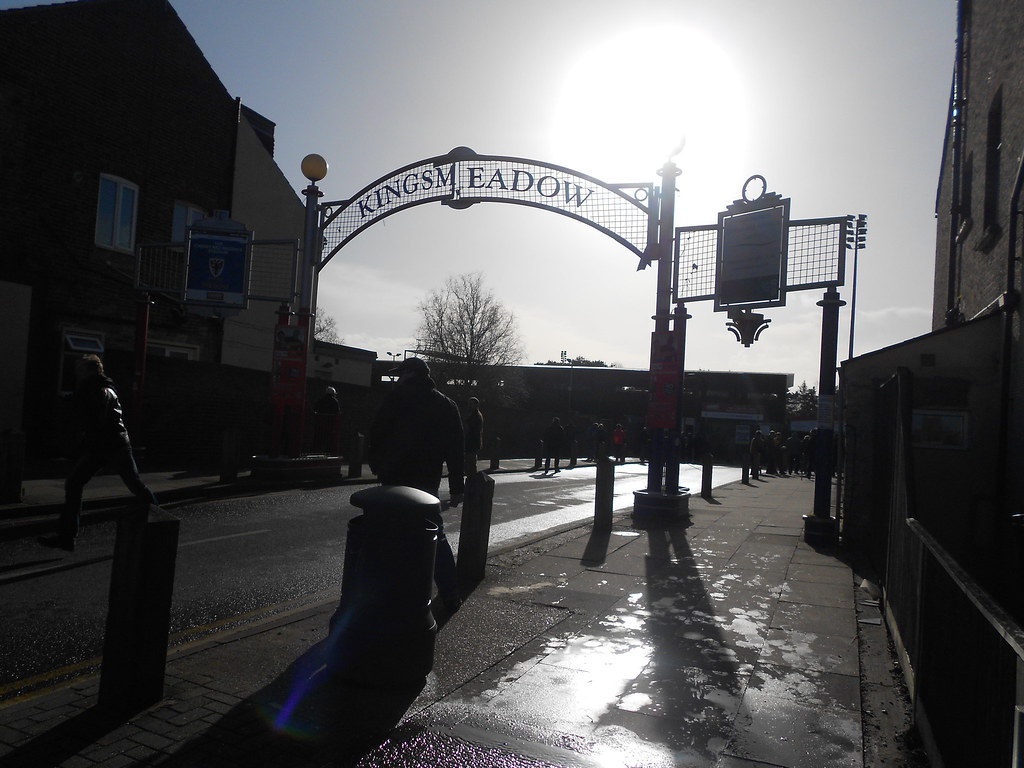 You pass a couple of places to eat on the main road walking from the station, I went to a chippy on the corner, which was alright, if nothing special. There is also a decent sized bar at the ground with big screens showing the early game. Limited kiosks inside the ground though, so very busy as you can imagine. 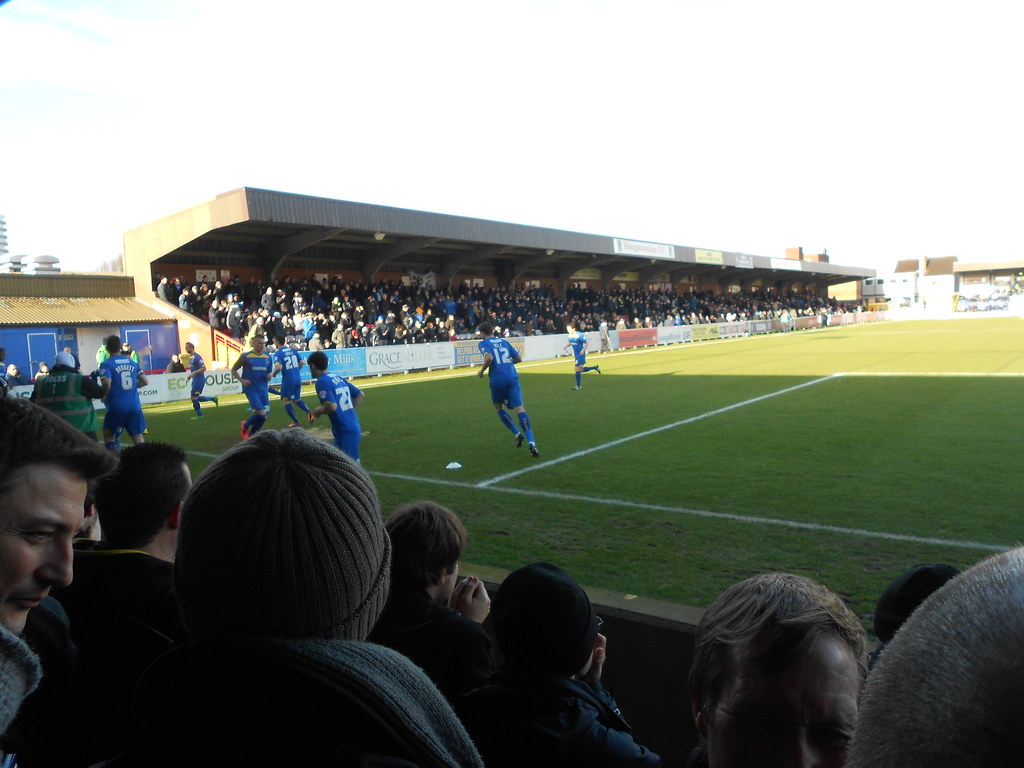 Its still very non league...good in a sense that there are no pillars in any of the stands (with the exception of the very middle section of the side terrace where the camera gantry is) but all of the stands are very small and the terraces quite shallow. The EcoHouse Stand behind the goal is the main home end, while the other terrace down the side is split in half between home and away fans. The seats the away fans are given are in the new seated Nongshim Stand behind the goal, while the Main Stand runs down the other side. 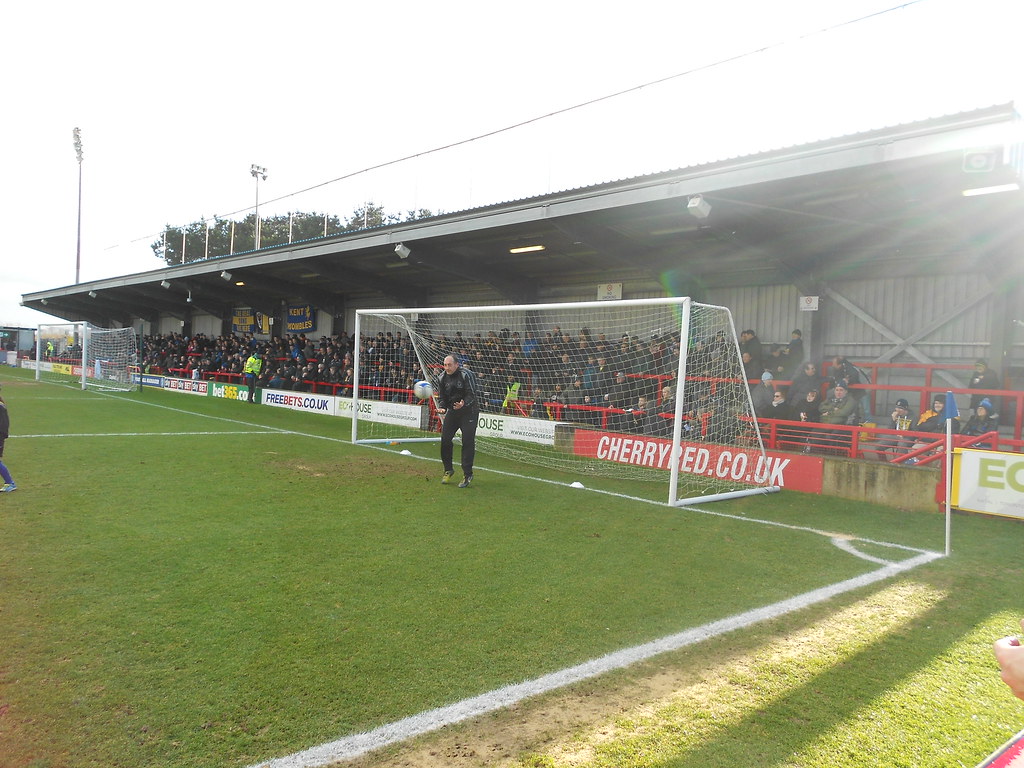 Expected better, it was quite poor to be honest, even before Wimbledon started getting thrashed. Didnt seem to have the greatest acoustics in the place either, never heard a thing from the Dale fans all day, and even when they did start really going after the goals, could still barely hear them from the other end of the ground. 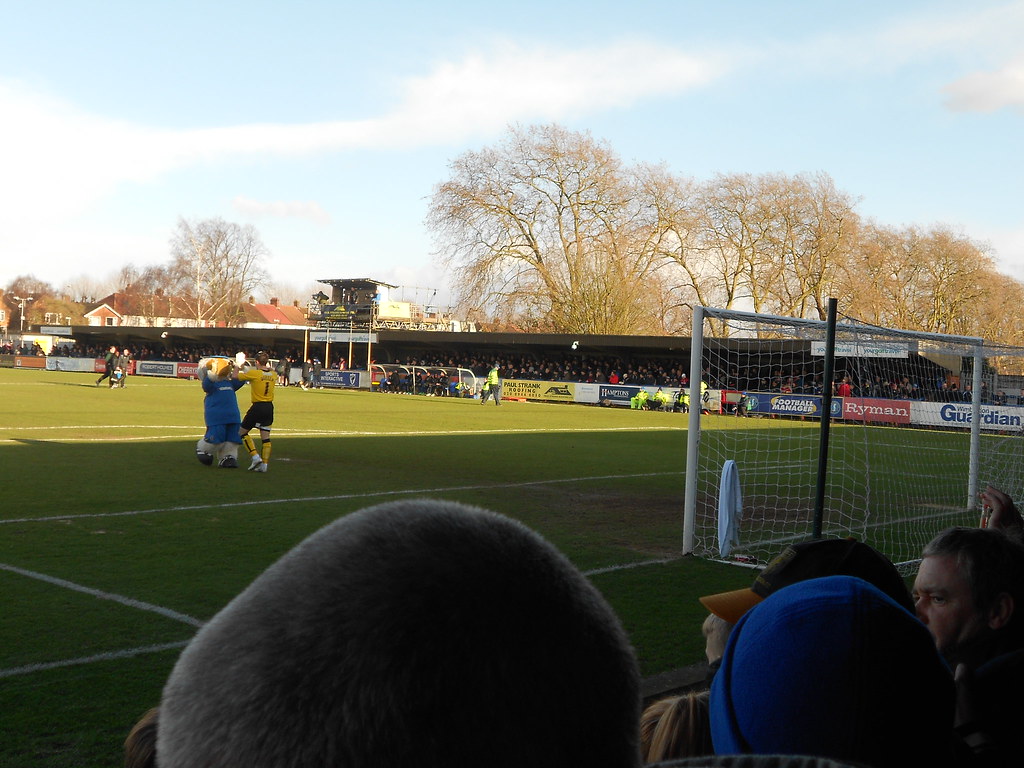 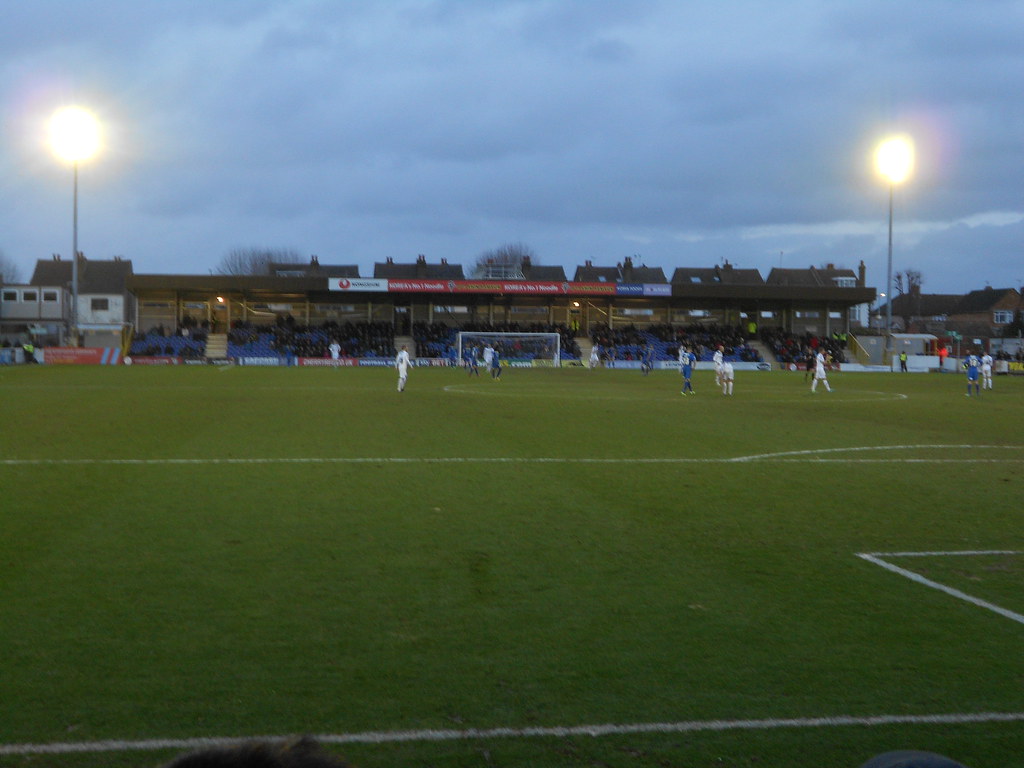 Pretty disappointing, though slightly understandable given that Wimbledon share with a non league club. They do have plans to move back to Wimbledon soon however so hopefully that will go ahead.
Kingsmeadow Photos
Posted by Unknown at 16:08