Better than I expected having heard mostly bad things. You have to pre book to parkat the ground, but there are a couple of other official car parks near the ground for about a fiver, the one I parked at you could see the ground, and I was back on the M6 six minutes after leaving it, cant get better than that. The ground is very close to the M6 junction 3 down Phoenix Way. 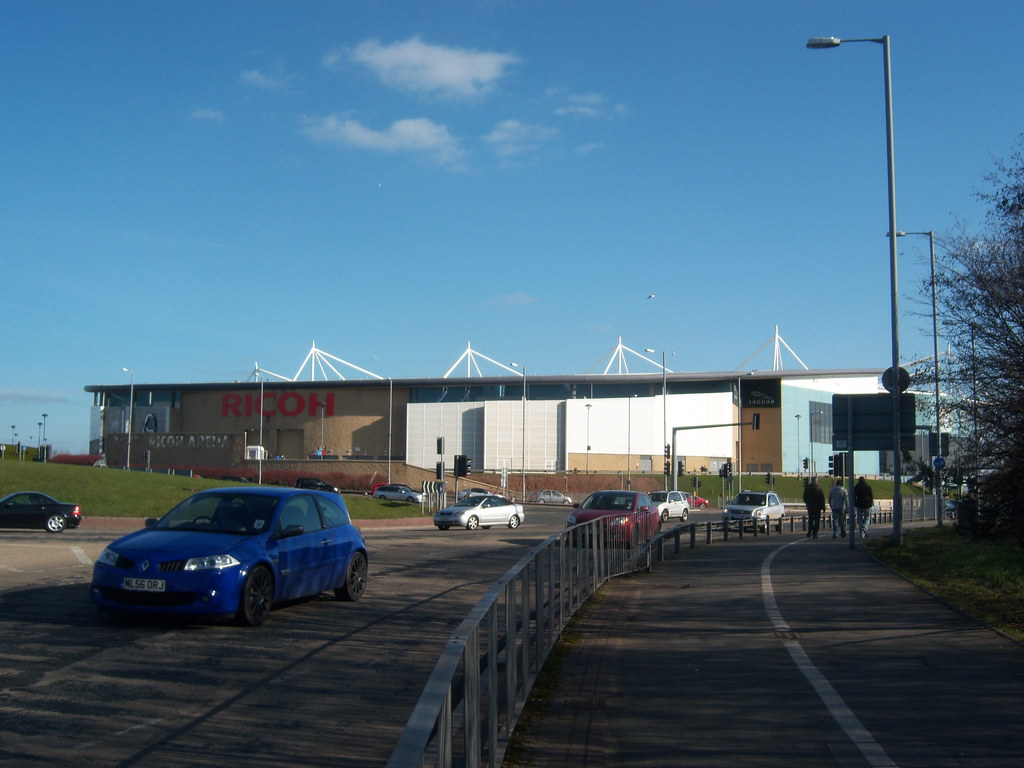 Retail Park City, so the usual. Never ate anything inside, but it had probably the best organised and biggest set of food and drink bars Ive ever seen. Certainly been to a few even newer grounds that it puts to shame.A massive area in the corner of the North Stand too for kids to do activities and stuff, never seen that anywhere else either. 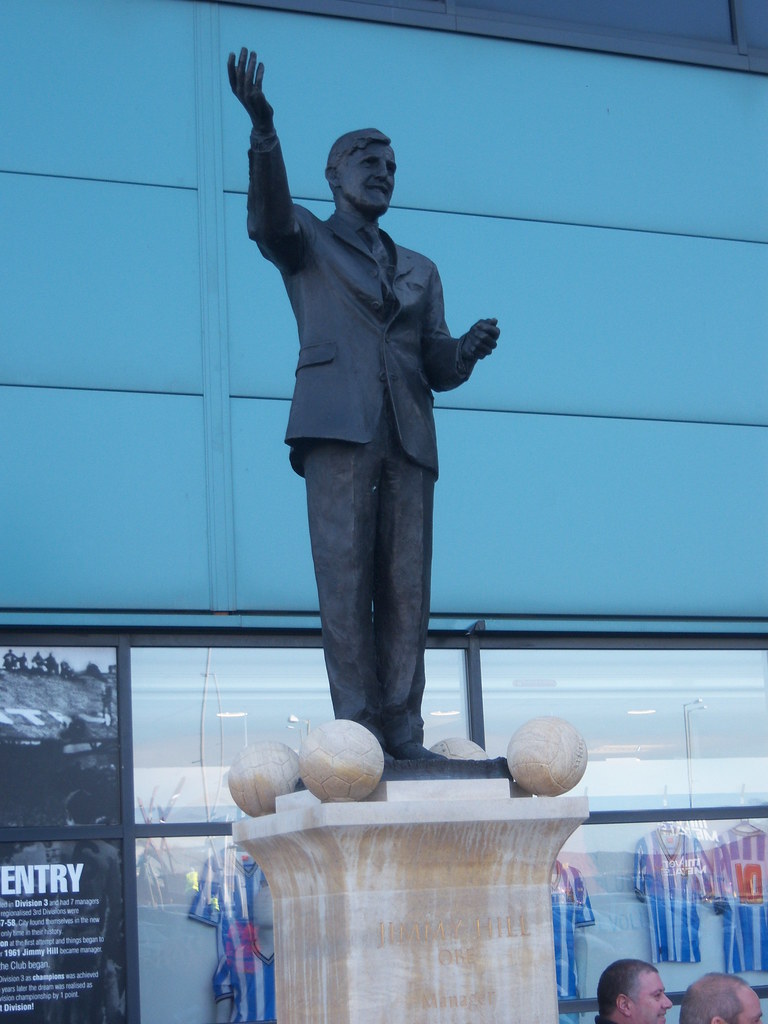 Statue of Jimmy Hill outside the ground

Very samey. It feels much bigger than it is though, the single tiered stands are very steep, the corners are filled in, and the Lloyds Pharmacy Stand providing a break from the monotony with a strange two tiered stand. 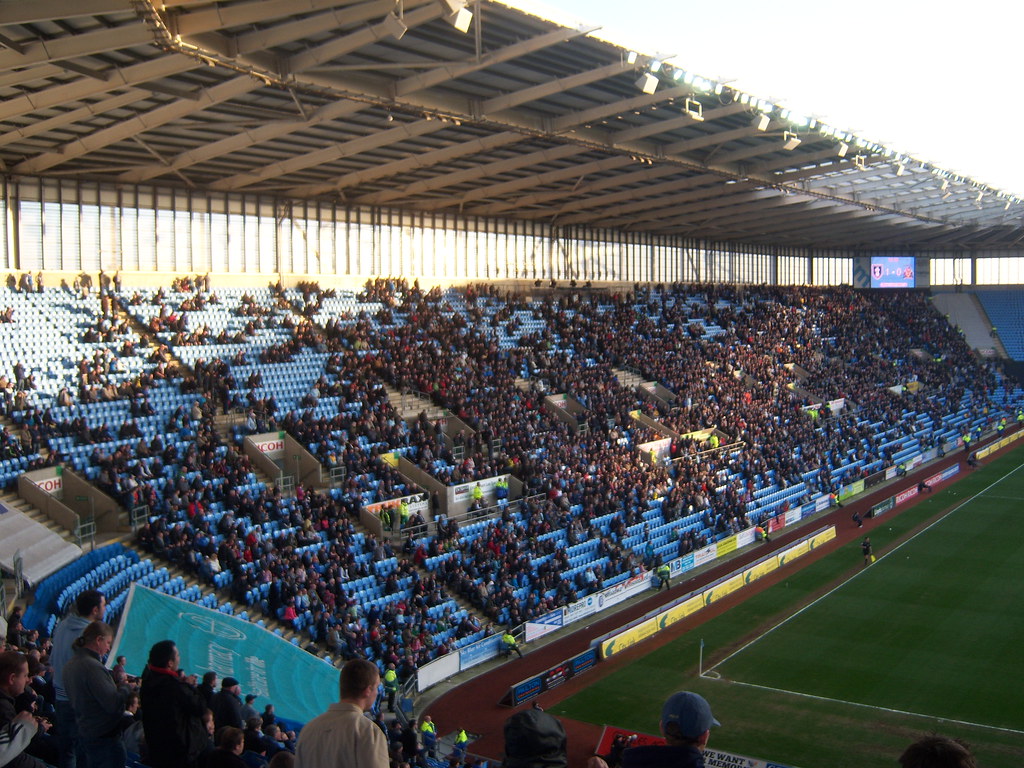 Poor to be honest, though expected with it being less than half full. It got pretty decent towards the end as Cov were pushing for a win though. 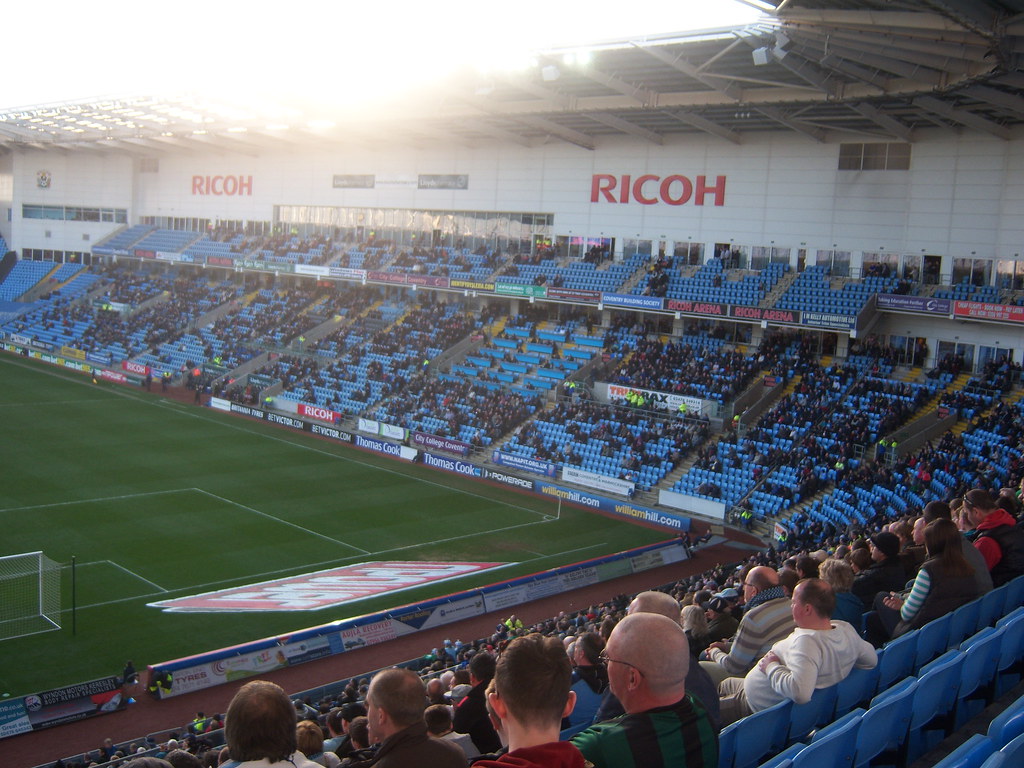 There is a statue of club legend Jimmy Hill outside the club shop. 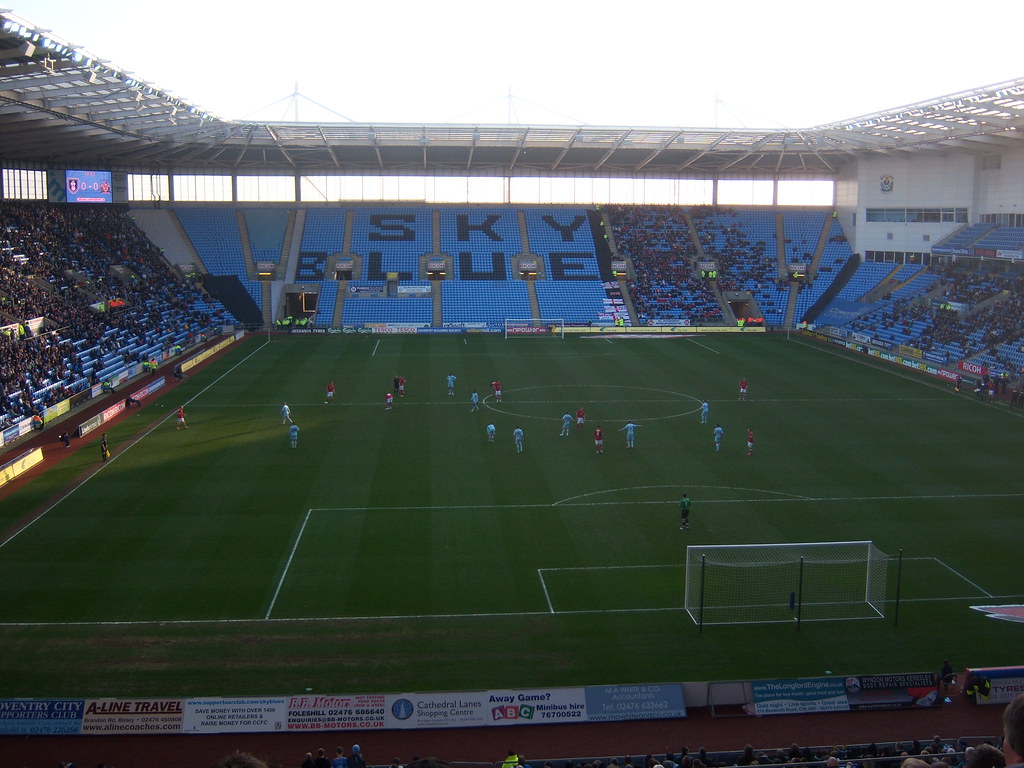 Barnsley fans in the South Stand

Like many new grounds, not the greatest day out, and it doesnt really add much with it being so empty either. Shame, as its better designed than most other new grounds.
Highfield Road/ Ricoh Arena Photos
Posted by Unknown at 12:50