I hate driving to Chesterfield from the west, because its so rural and foggy! Approaching the new ground from the west seems to be a good thing though, because there is a ton of free street parking around Chantrey Avenue and virtually no traffic getting out again! 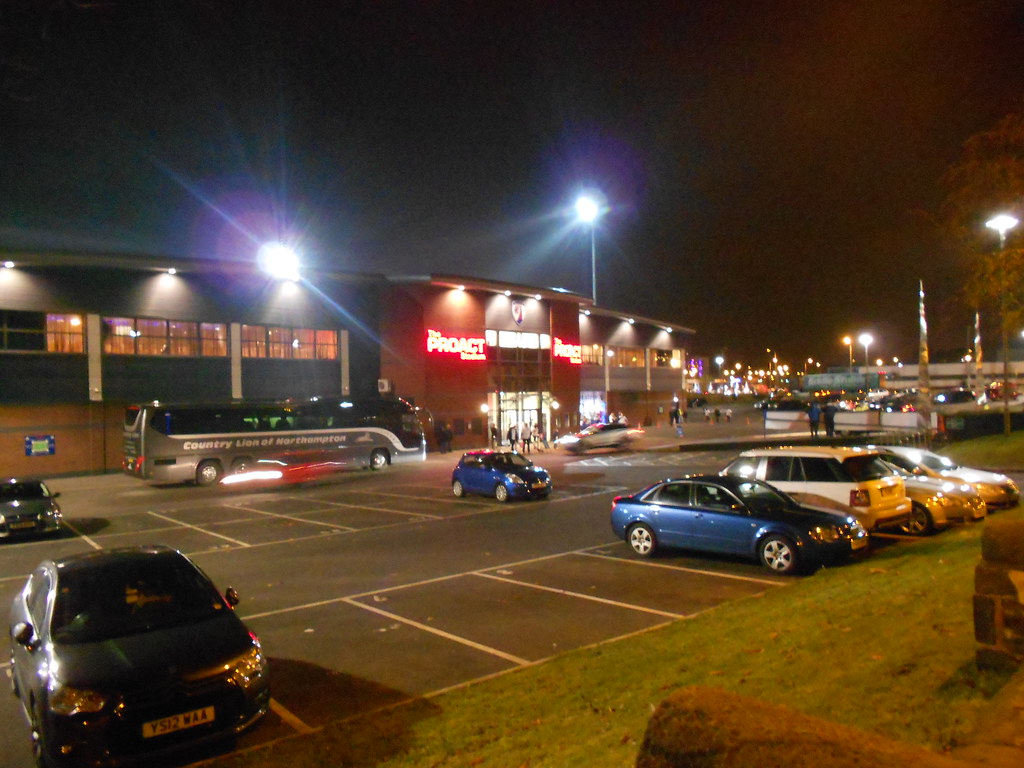 Unlike a lot of new grounds, Chesterfield have at least got the location spot on, with a ton of places to go on Sheffield Road. Plenty of pubs, takeaways, even minus the obligatory retail park stuff. Couldnt be better than most new grounds really. 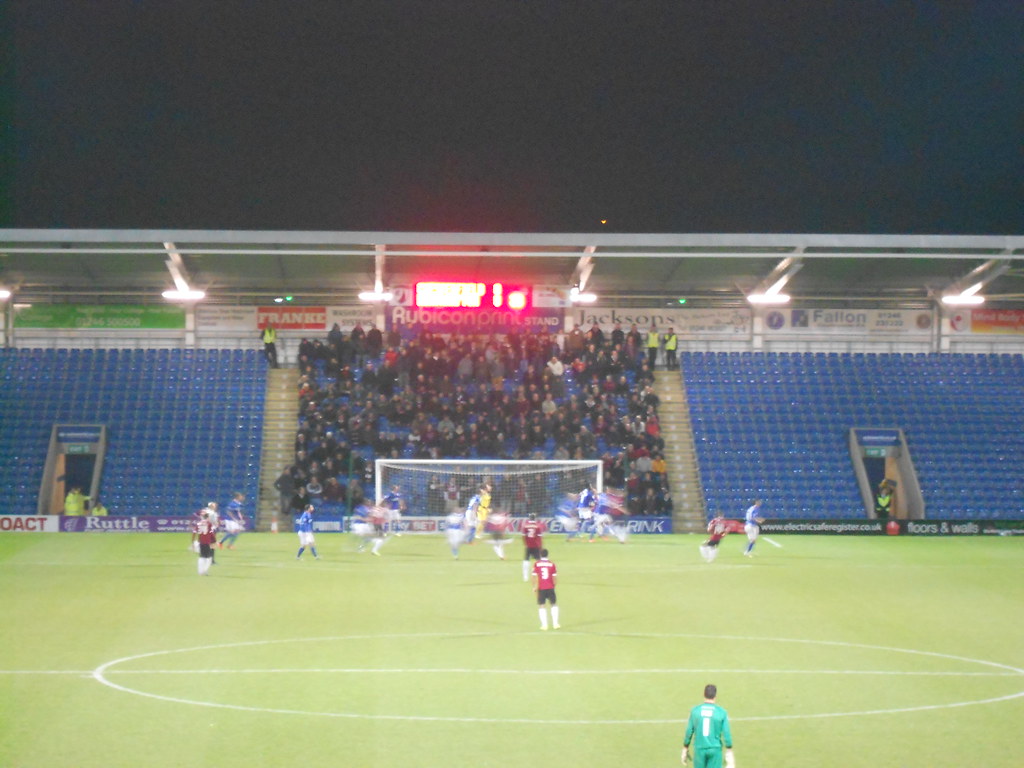 Northampton fans in the North Stand

The ground itself is pretty dull to be honest, think Shrewsbury and Colchester again! Four near enough identical stands with open corners, the usual really. 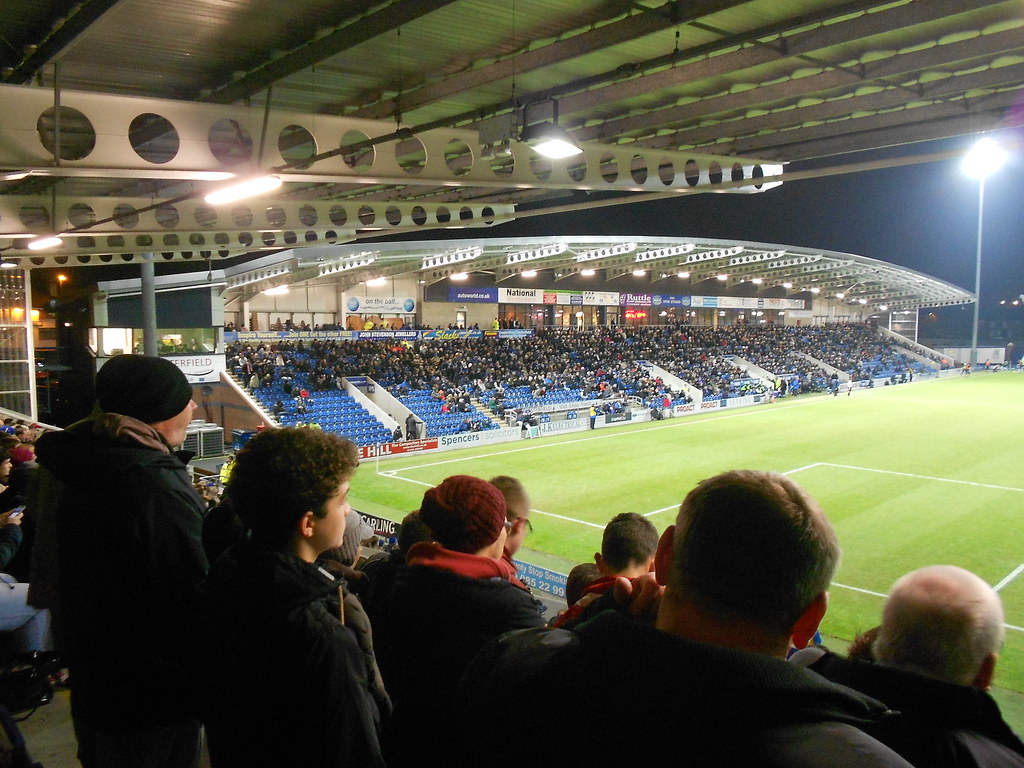 Seemed to be built slightly better for atmosphere though, as it was pretty steep in the stands, and even though Northampton didnt have many there, I could hear them pretty loud and clear even from the far end of the ground. Unfortunately that wasnt often enough as I was sat 3 seats across from Chesterfield’s drummer…why? 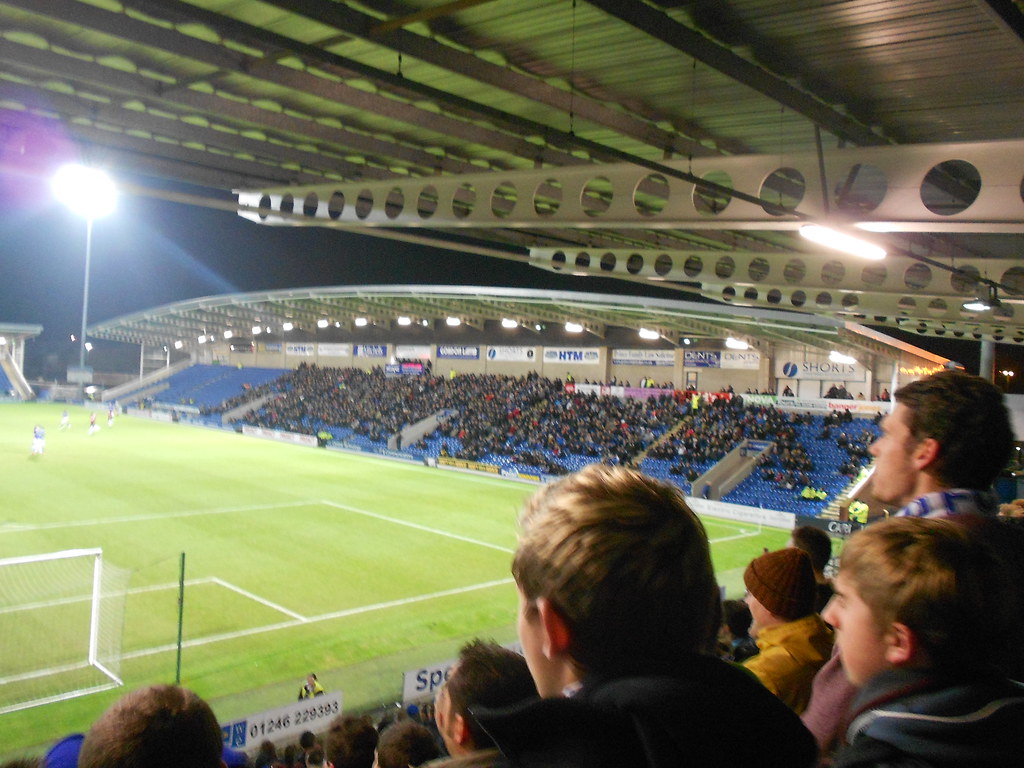 Its no Saltergate…as pointed out though, it at least has a good location.
Proact Stadium/ Saltergate Photos
Posted by Unknown at 15:56