Its a lovely scenic drive! Motorway all the way as far as Scunthorpe, then the A15 for about 20 miles. Its hard to find the ground once you get into the city, its very close to the centre, but the parking is ridiculously good! Ive never been to a ground so penned in by houses, yet so free of parking permit zones! Arrived just under an hour before kick off, yet still an absolute embarassment of riches to park in, despite it being all street parking, bar one car park at the ground! 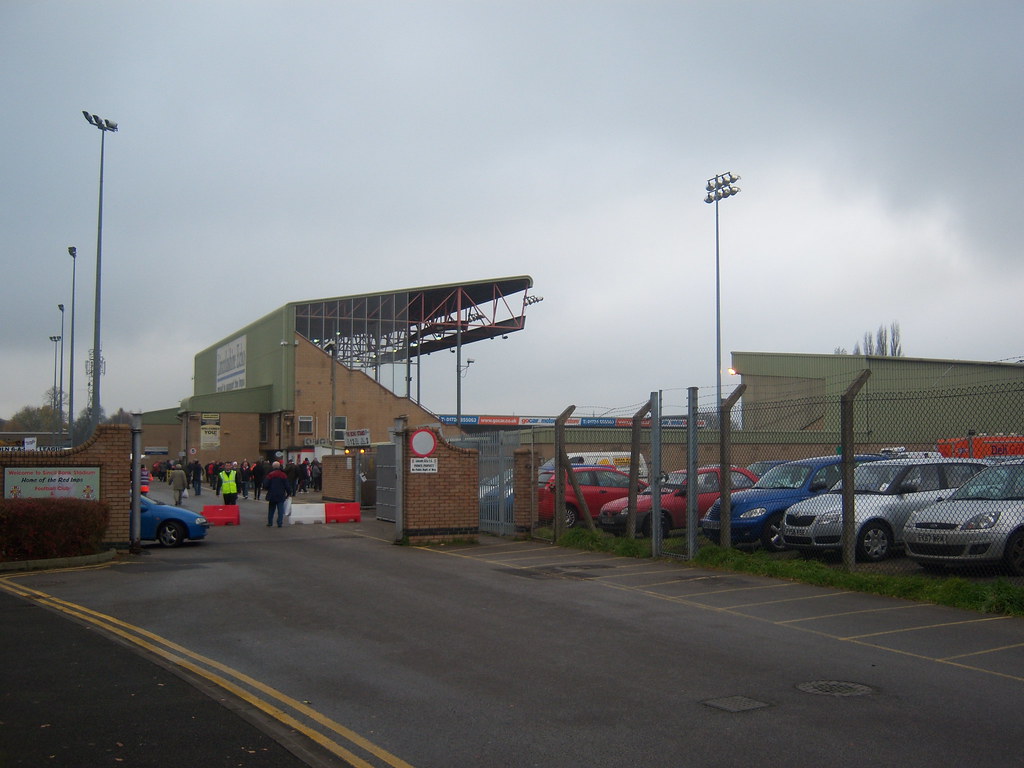 The city centre is less than half a mile away, so a ton there. Inside the ground, the usual overpriced stuff. Had a steak pie, which was alright, though as difficult as hell to eat since they didnt have forks! There is also the Supporter’s Trust bar at the back of the South Park Stand, which was a great little bar. Massive inside, big screen showing the live games, two bars and plenty of tables.

I was in the biggest stand, and the only one without any supporting pillars, the Community Stand, which is shared with away fans. The ground is all seater, with two shallow stands behind each goal (with boxes at the back of the South Park Stand) and then the very old fashioned Main Stand which only covers the central area of the pitch. 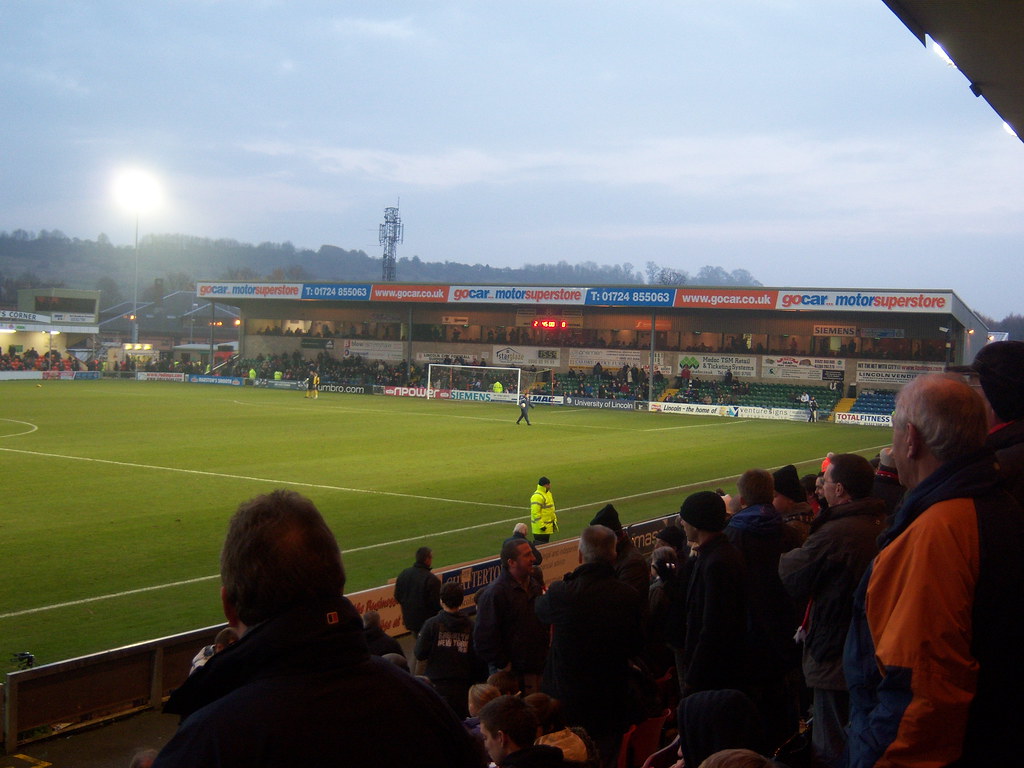 For most of the game, it was only really the Stacey West Stand giving it some, though they were pretty incessant all day! The whole ground joined in a bit more after the 3rd goal, so not too bad overall. Couldnt hear the Hereford fans from the other end of the ground. 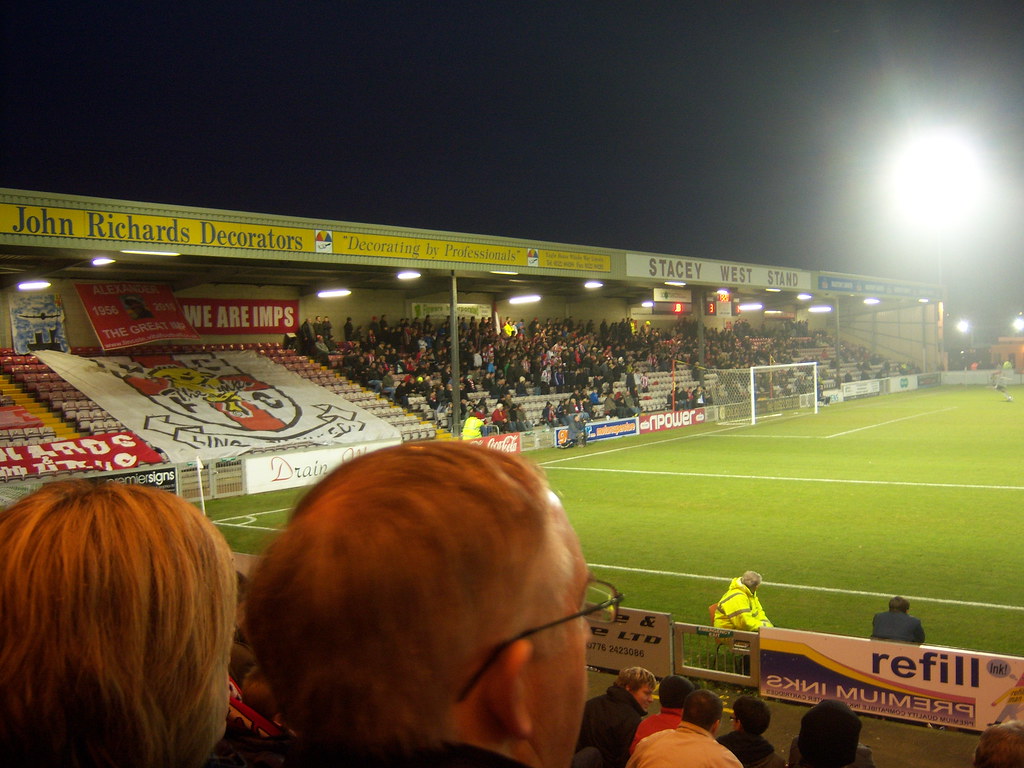 The Stacey West Stand is named after two Lincoln supporters who died in the Bradford Fire in 1985. 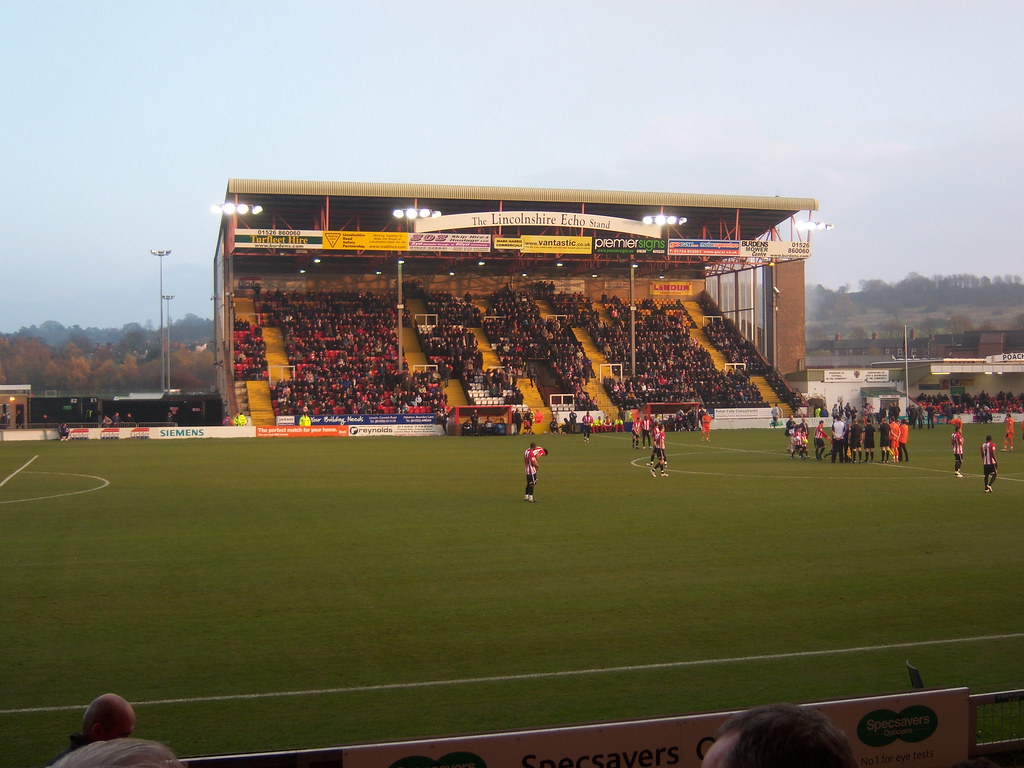 Quality little ground. Spot on for location, decent bunch of fans, got everything you need really!
Sincil Bank Photos
Posted by Unknown at 11:36