Parking isnt ideal thanks to resident parking zones, and the ground being so close to the city centre, so city centre parking is your best bet if you want to drive, though traffic is always bad in York with it being such a tourist city. With that in mind, I got the train, and if its possible, Id recommend it. The station is only about a 20 minute walk away, even a slow walk allowing you to take in the city. 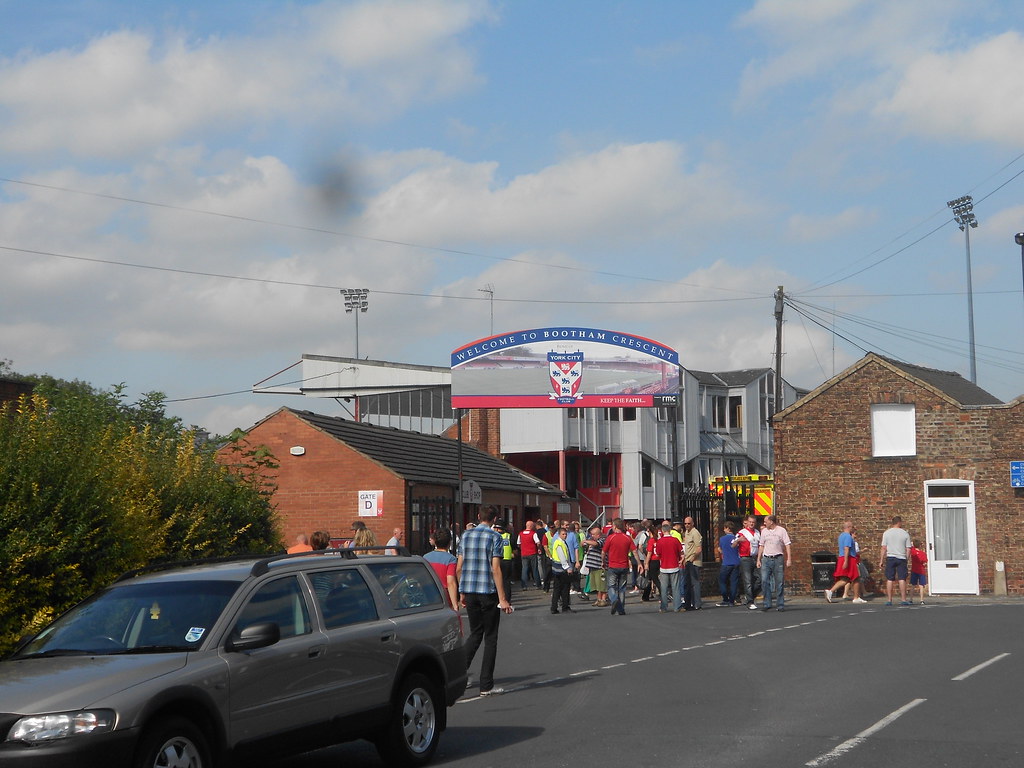 Approaching the ground down Bootham Crescent

Perfect football city, absolutely loads of places to eat, and loads of welcoming pubs in the city cnetre and a couple more along the A19 as you ehad out of the city centre to the ground. The clubhouse is also at the groiund, and a bar across the street as well. Definitely fill up before you go in, as the queues for food and drink in the away end are a nightmare, and they dont have beer so be warned! A warning to use the toilet before you head in too, easily the worst toilets in the Football League! 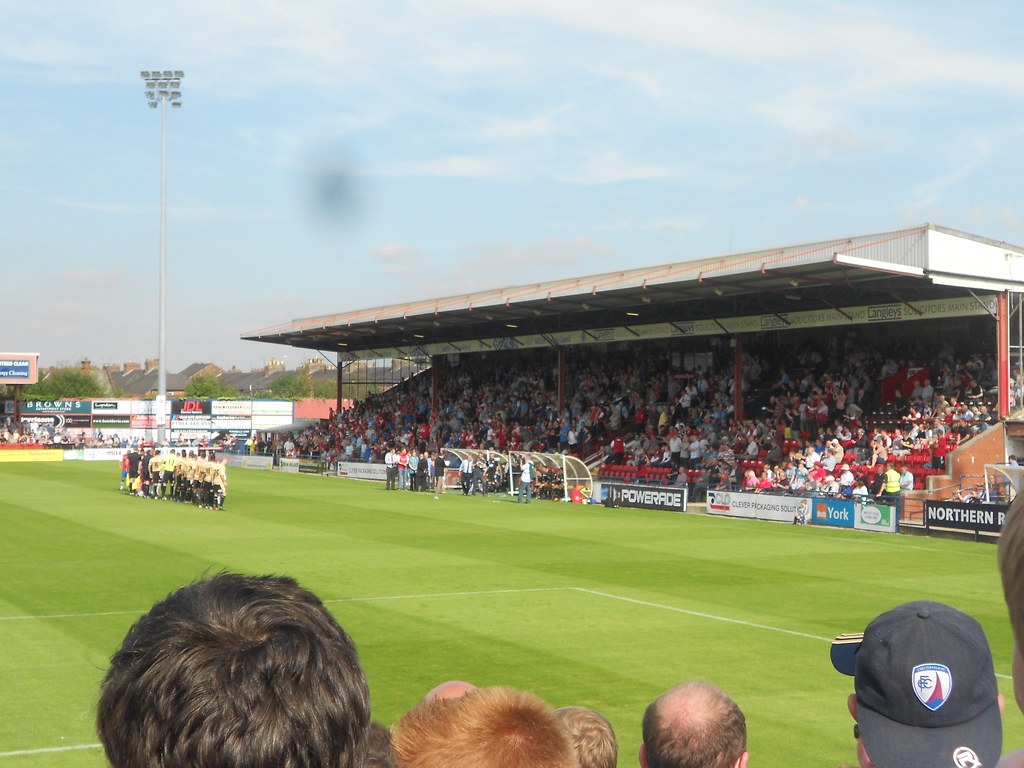 The players line up in front of the Main Stand

York celebrate 80 years at Bootham Crescent in 2012, and it certainly shows. All of the ground is old and the facilities tired, standing behind each goal, covered for the home fans in the David Longhurst Stand, and uncovered for away fans on the Grosvenor Road Terrace, while the Main Stand and Popular Stand are all seater. Its got a ton of character though, and there is definite enjoyment standing on an open terrace on a hot day like this one! Doubt Id have enjoyed it as much in January! 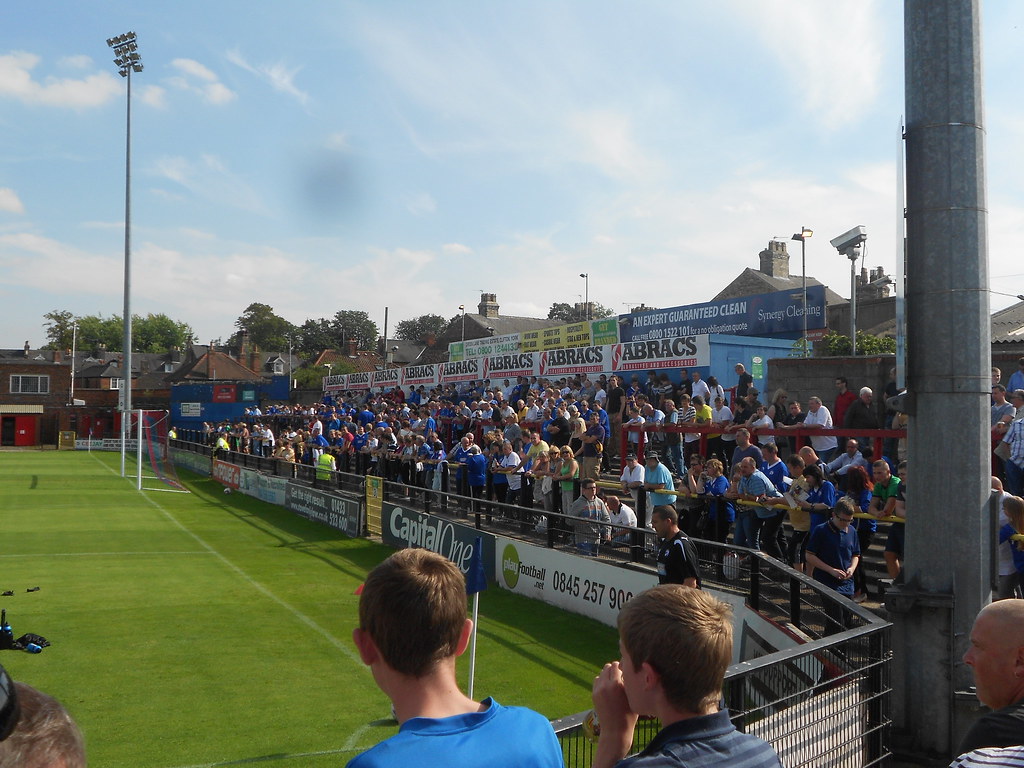 Disappointing really. I was expecting more from York but they never really got started. Chesterfield fans were in full voice, second half especially, though with that end being uncovered, I doubt the noise travelled that well, but was definitely noisy being in the midst of it. 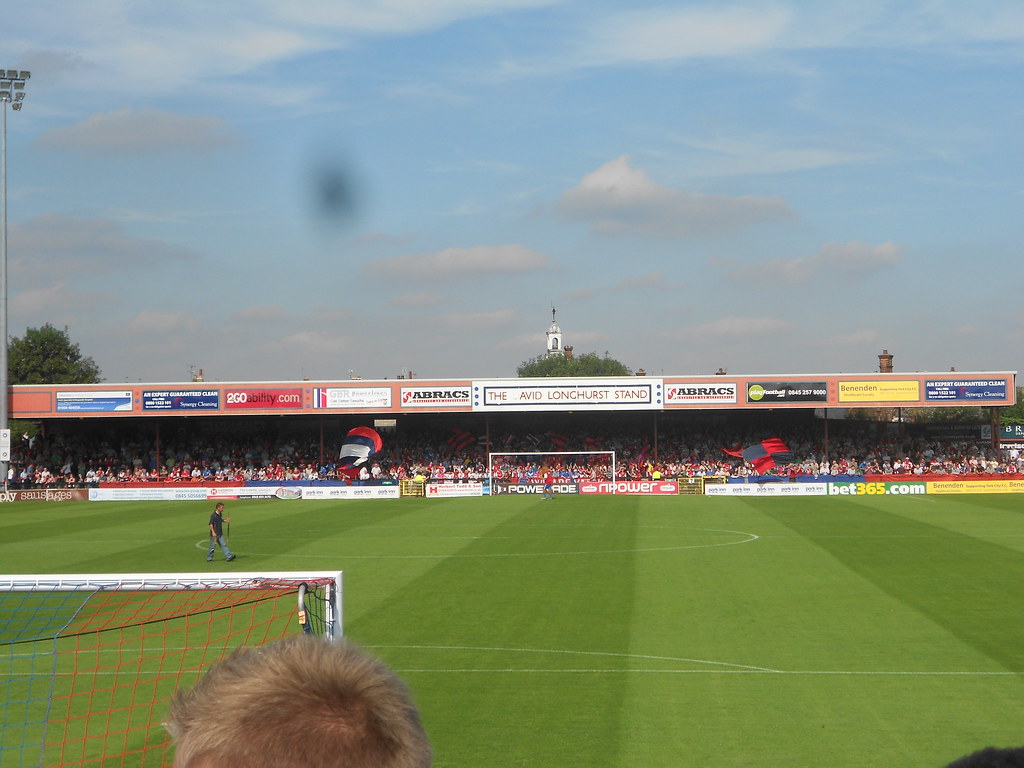 Bizarrely at one stage, Chesterfield fans sang ‘York is a shithole, I wanna go home.’ Just when I was thinking how can anybody call York a shithole, a lone voice piped up ‘I quite like it here actually!’ 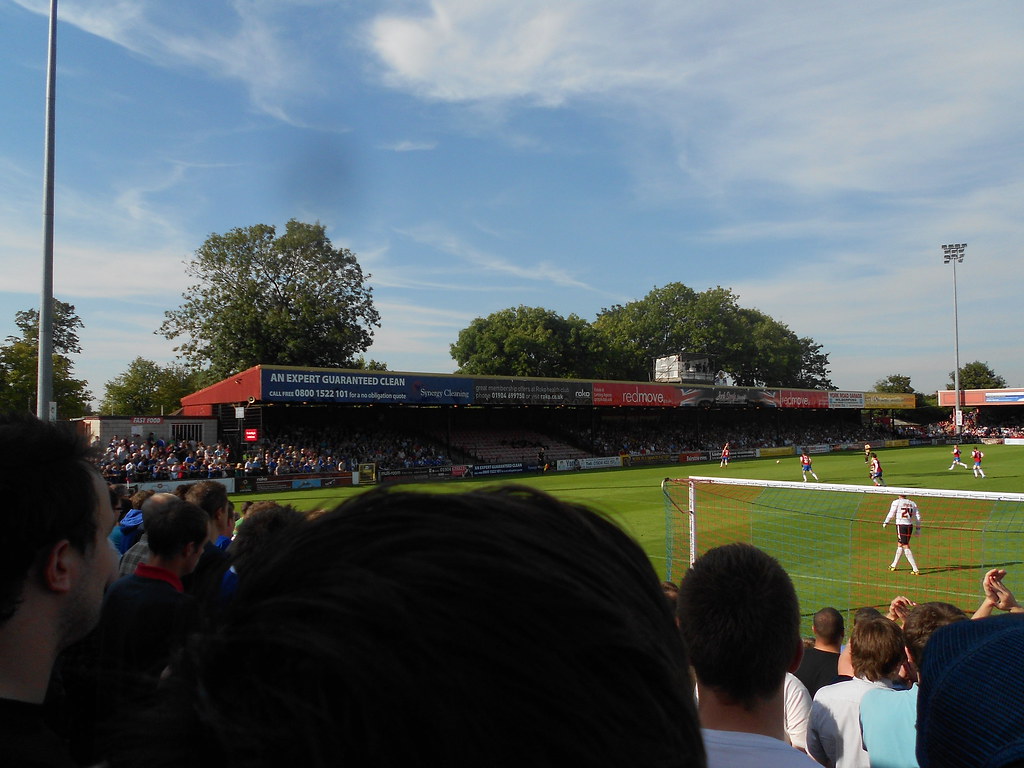 Both sets of fans in the Popular Stand

Really enjoyed it. York is a brilliant city, so any away day cant really be spoiled, no matter how bad the ground is! Love the ground as well though, definitely a big non league feel, but then with that comes the kind of intimacy with the players on the pitch you dont get at bigger grounds.
Bootham Crescent Photos
Posted by Unknown at 14:05