Despite being surrounded by several tube stations, one of the harder grounds to find because there is just no help from Shepherd’s Bush Market. You get told to come out and turn right but thats it, once you’re out, there is no indication of where the ground is. Better to get off at White City or Wood Lane. 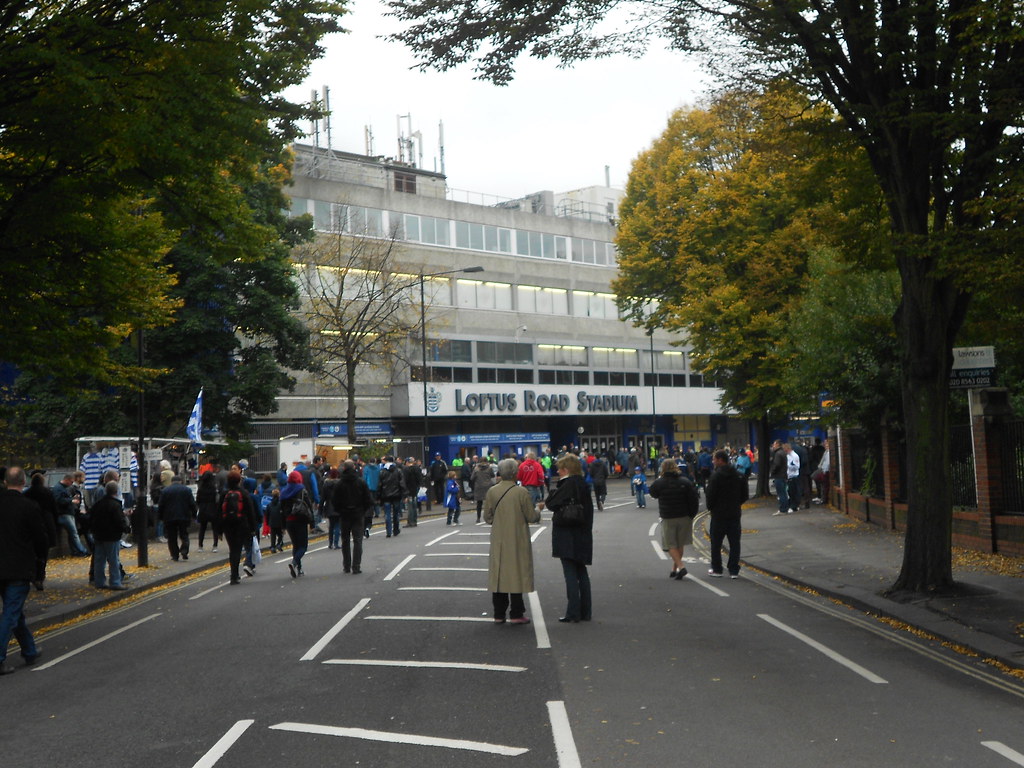 Loads of places on Uxbridge Road, though very few of the many MANY pubs allow in visiting fans. 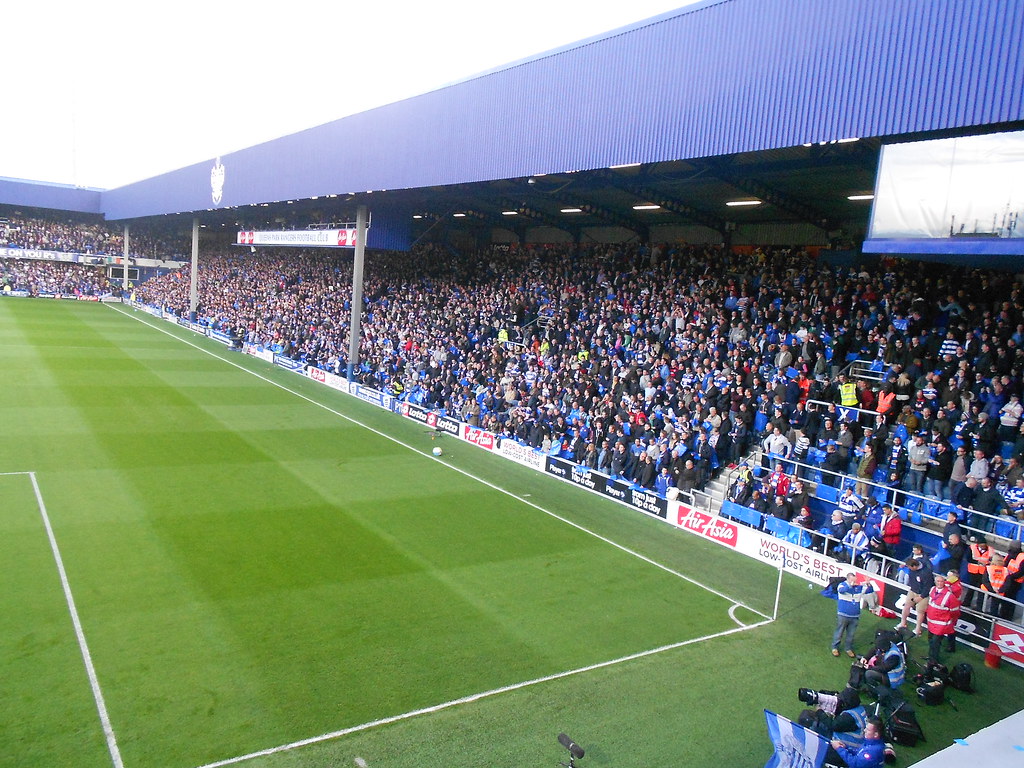 Ellerslie Road Stand in the play-offs vs Wigan, 2014

To be blunt, an absolute hovel. Like Portsmouth and Luton all rolled into one, only without any of the charm. Only Luton has worse legroom, only Portsmouth has a worse ‘concourse’ area. A ridiculous crush, badly managed with everybody having to pile in the same turnstiles at one corner of the stand, then after the game, they send us out at the opposite end! The view from the upper tier is perfect…as long as you dont fancy seeing the goal at our end, even only a few rows back I had trouble seeing it, while there were an unbelievable amount of restricted view seats in that end too. When they’re charging you upwards of £40 for even the worst seats, there is something a bit morally bankrupt about the place, even in football where everything is morally bankrupt! 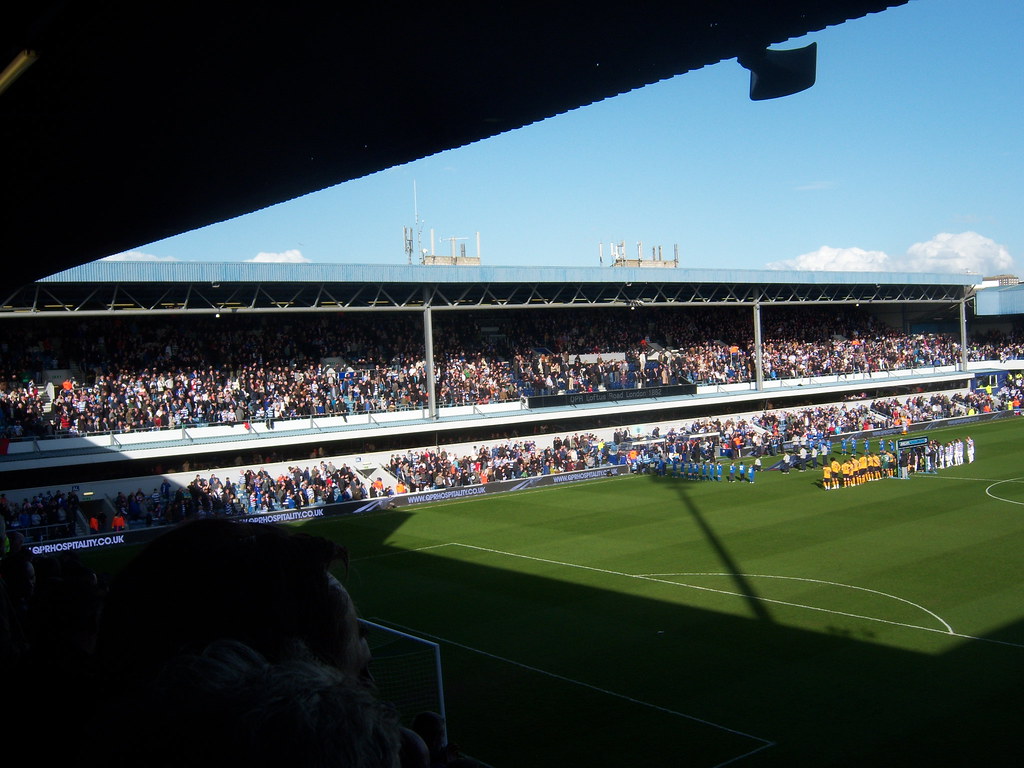 Teams line up in front of the South Africa Road Stand, 2012

Utterly average, alright after they scored, but mostly nothing to write home about. They were fighting among themselves and assaulting stewards when Wigan were winning the Play Off game. 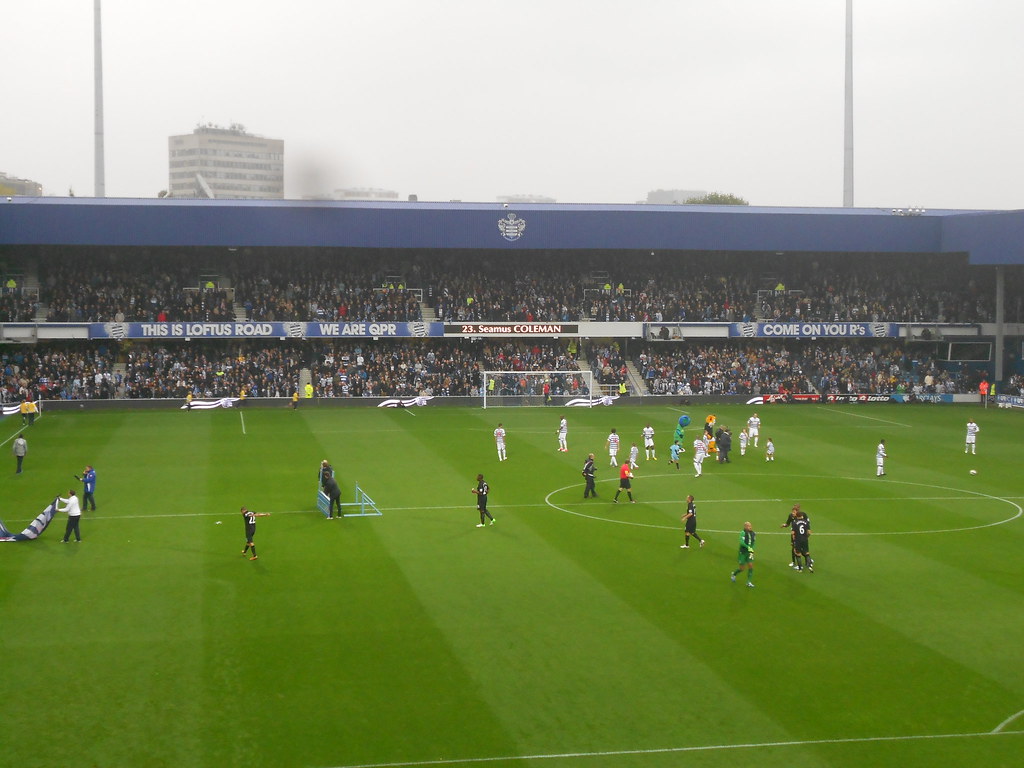 The most unwelcoming away entrance since Reading. A barbed wire temporary fence surrounding the away turnstiles, more coppers than you see anywhere else.

Couldnt wait to go home. I like grounds that a bit of a dump and have character. Loftus Road has nothing. Expensive tickets, awful facilities, poor atmosphere, and the most un-away-fan friendly ground in London bar probably Millwall.
Loftus Road Photos
Posted by Unknown at 12:59