Very easy drive, the ground is signposted as soon as you leave the M62, and the fact that the road leads around in a big loop, if you park on Wheldon Road and go straight on the way you’re facing, it eventually brings you out back near where you entered the town, and very little traffic too. Couldnt be better! 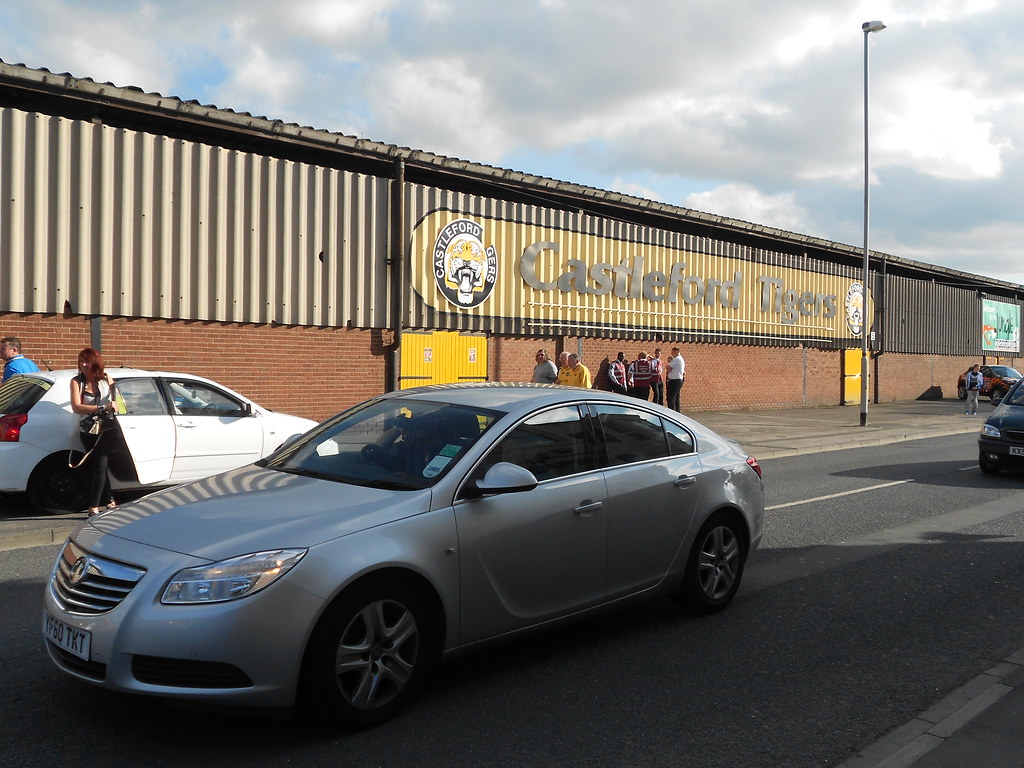 Queues inside the ground were pretty manic, with most of the vendors being behind the Main Stand, with one or two others dotted about. There are two pubs right near the ground on Wheldon Road (I particularly liked the name of one, the Early Bath!) but other than not, not a great deal near the ground..

An old school classic. Terracing on three and a bit sides, the two covered ones, along the Wheldon Road and Princess Street side meant you could get an atmosphere going, with the uncovered wings of the Main Stand and the Railway End were ideal for a gorgeous summer afternoon like this one! Good balance to it. The view from the Princess Street Terrace wasnt the greatest, with the floodlights being positioned in the front of the stand, as well as the usual supporting pillars. 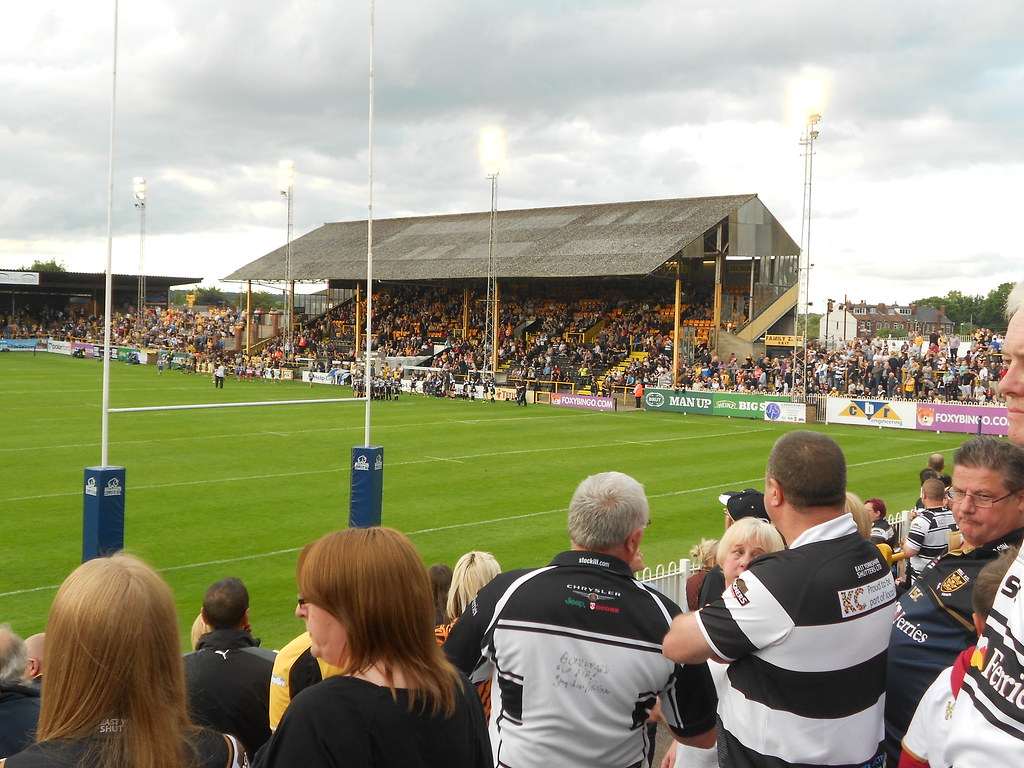 I swapped ends at half time. There were a lot of Hull fans in attendance, but very little atmosphere from them. I spent the first half on the Railway End, surrounded mostly by Hull fans and there wasnt a lot going on. Moved around to the Wheldon Road corner of the Princess Street Terrace for the second half and it was completely different. Cant help Cas having so many away fans in attendance all over the ground, but they dont half give it some. A quality second half turnaround and a thriller of a game made it pretty raucous in the second half! 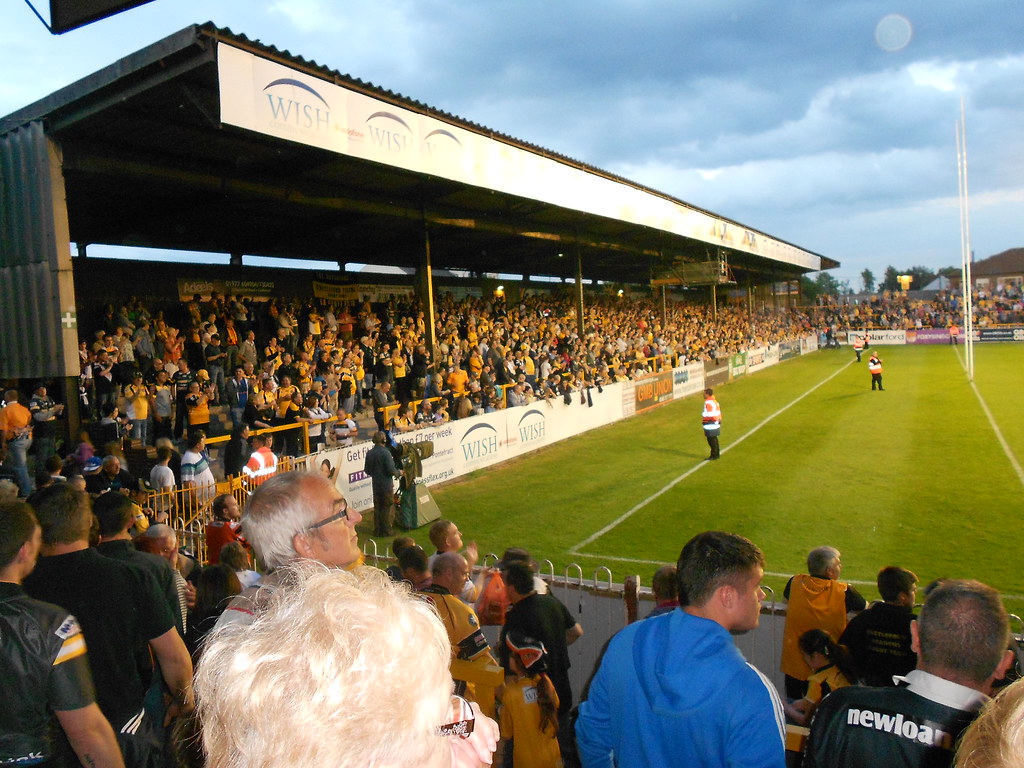 Most bizarre form of entertainment Ive ever seen in a football ground…behind the Main Stand was a Diggerland JCB, that spent the whole game giving kids rides! 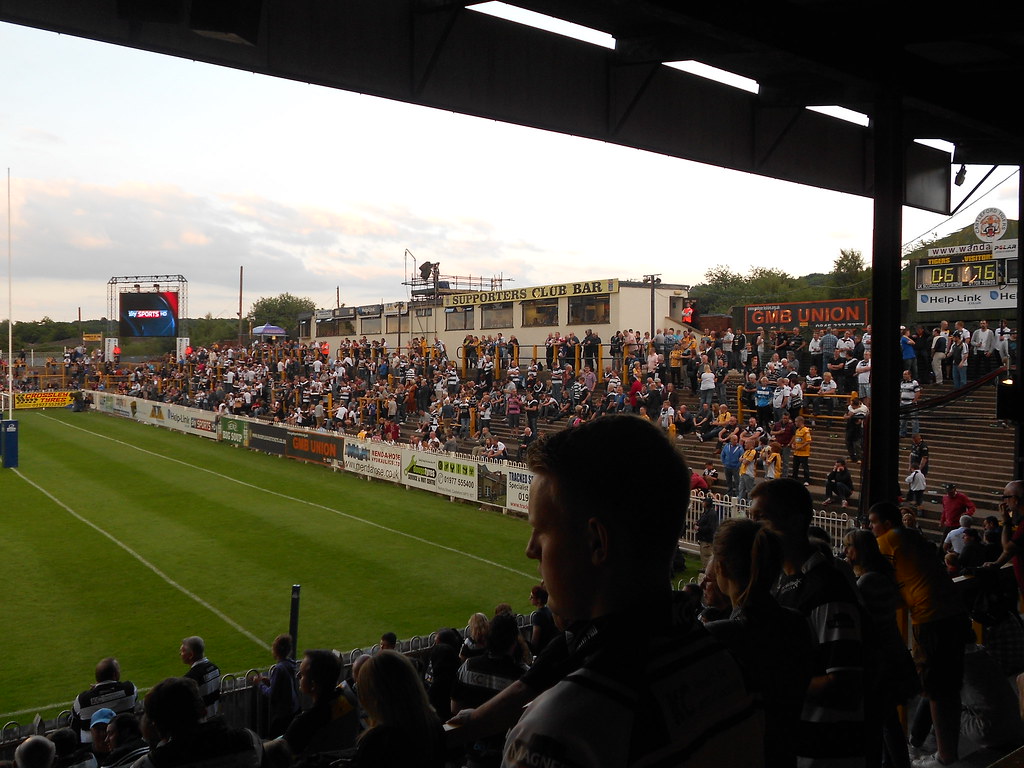 Another of the rugby league old school that needs to be seen before its gone.
Wheldon Road Photos
Posted by Unknown at 15:17