Considering the size of the ground, parking was surprisingly ample. Parked on Queens Park
Avenue opposite a pay car park at the Queens park Social Club on the advice of a Celtic fan. Spot on and only a 10 minute walk to the ground, but a nightmare getting out! 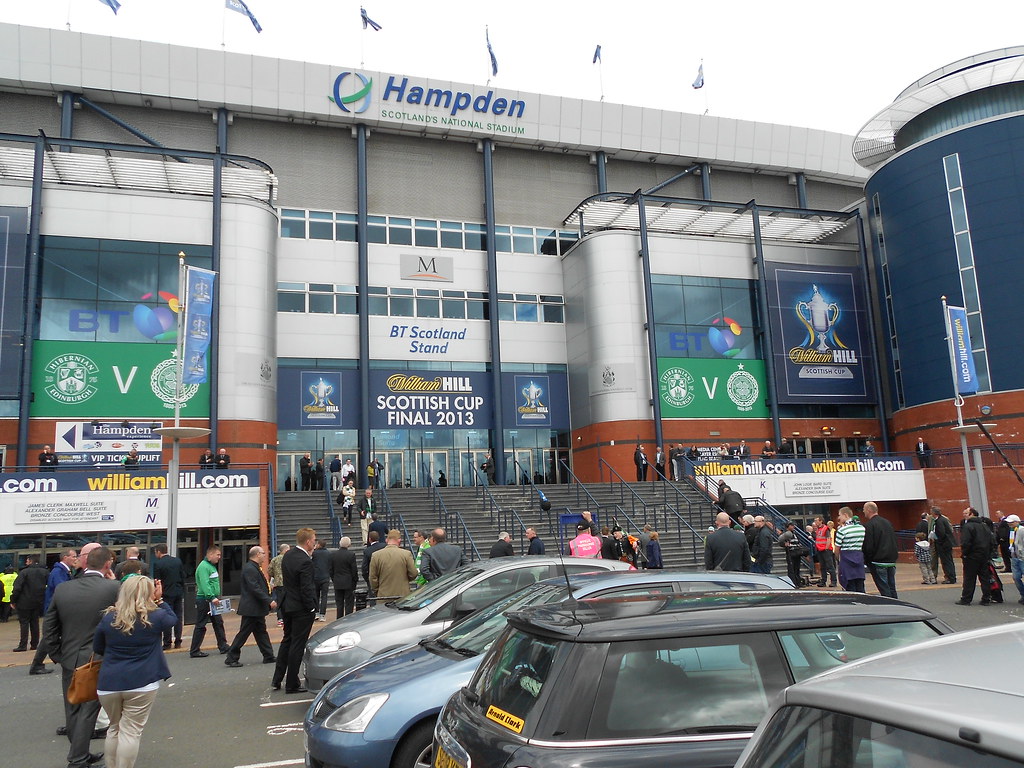 The ground isnt the worst placed Ive seen. Plenty of places to eat and drink on Cathcart Road, plus plenty of burger vans and stuff next to the ground. The choice inside didnt look bad either. 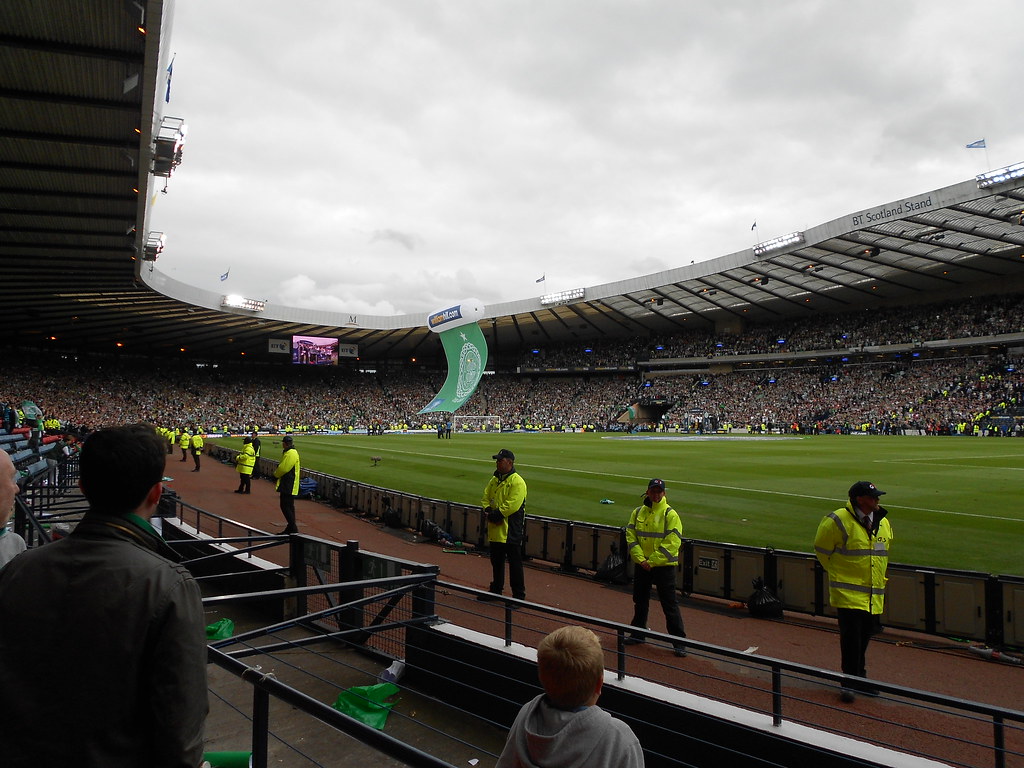 Strange really, very European styled, with the massive gap between the stands and the pitch, the ground having the same sweeping bowl around three sides, only the South Stand having a second tier really making a difference. Views are perfect all around, but obviously being so far from the pitch, its not ideal being sat near the front…as I was! 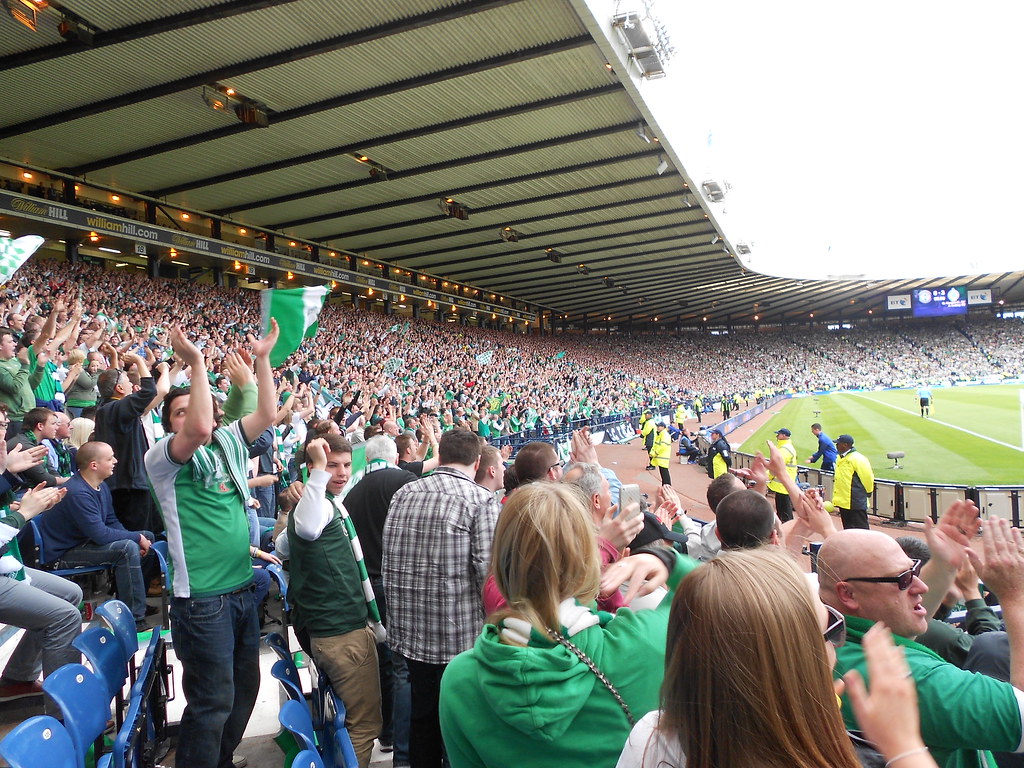 Hibs fans in the North Stand making some noise

Wow…Hampden has quite a reputation and Id say its justified. Must be even better for a Scotland game when all sides are supporting the same side. The Hibs fans singing Sunshine on Leith will stay with me forever. 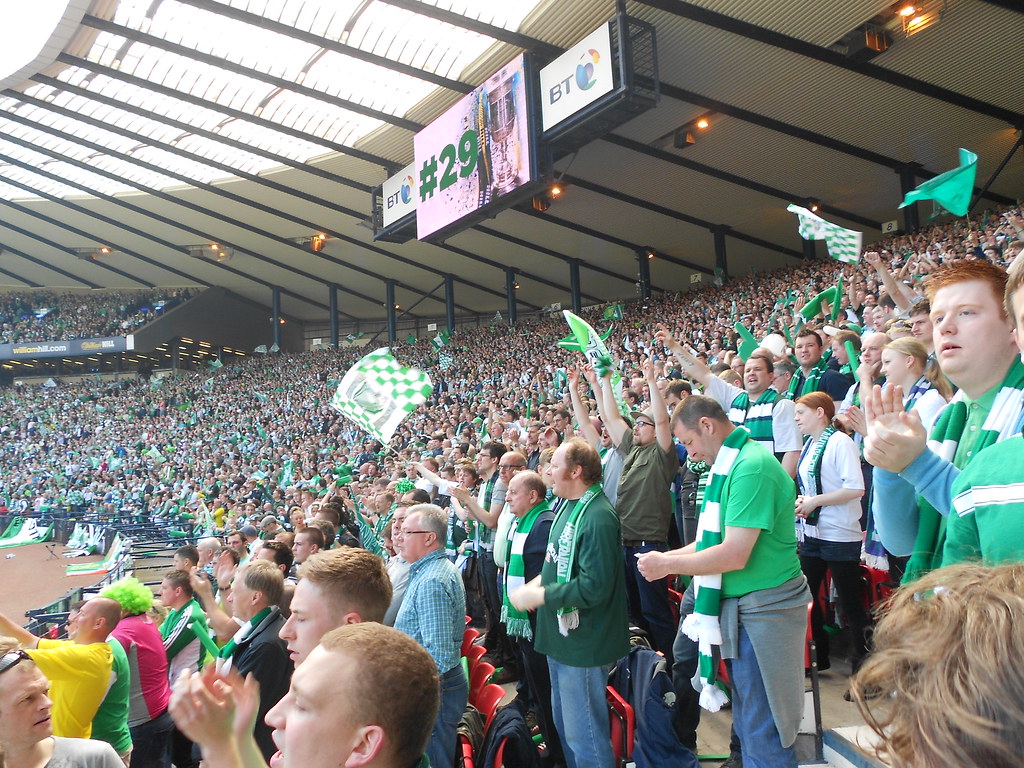 Panoramic from the South Stand during a ground tour, summer 2006

The ground itself doesnt have a lot special really, but it puts on a fantastic occasion. Much more relaxed than Cup Finals at Wembley, the staff happy to let the fans just enjoy themselves as it should be, no bothering with anybody standing up, and it encourages an atmosphere worthy of a Cup Final. Well worth doing..
Hampden Park Photos
Posted by Unknown at 15:14