The football and rugby grounds are well signposted as soon as you leave the motorway. Parking is surprisingly good for a retail park stadium too, with two little patches of waste ground to the South end of the ground holding quite a lot of cars, that even with a decent sized crowd when I went, were nowhere near full. Bit of a pain to get out though, only because it seems most of the fans head back in the direction of the town centre after the game, meaning you are sat at a roundabout waiting to go and there are literally two solid non stop lanes of traffic coming! Difficult to find a gap! But other than that, just a simple straight run back to the M1. I was home by midnight, which was excellent going. 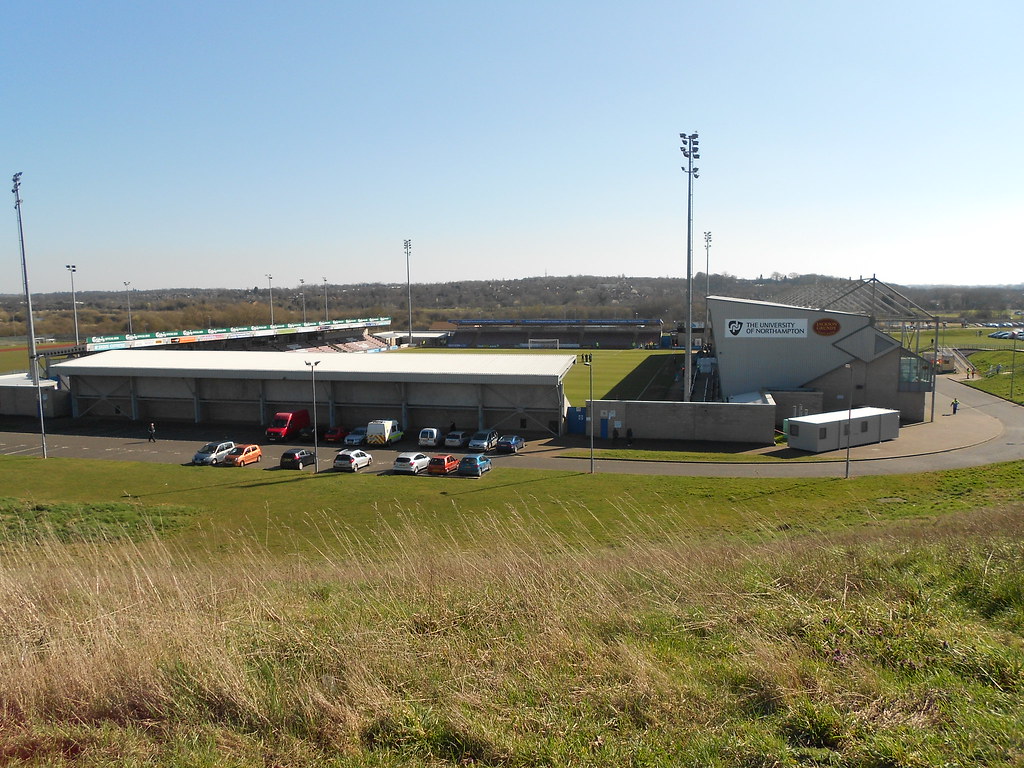 Sixfields from the hill for a Coventry game, 2014

The ground is on a retail park, and quite a big one so take your pick of the usual! Wish Id been slightly earlier as Id have gone for the chinese buffet! Or even waited until I got into the ground, as they have the same pie suppliers as Swindon and Bristol City! 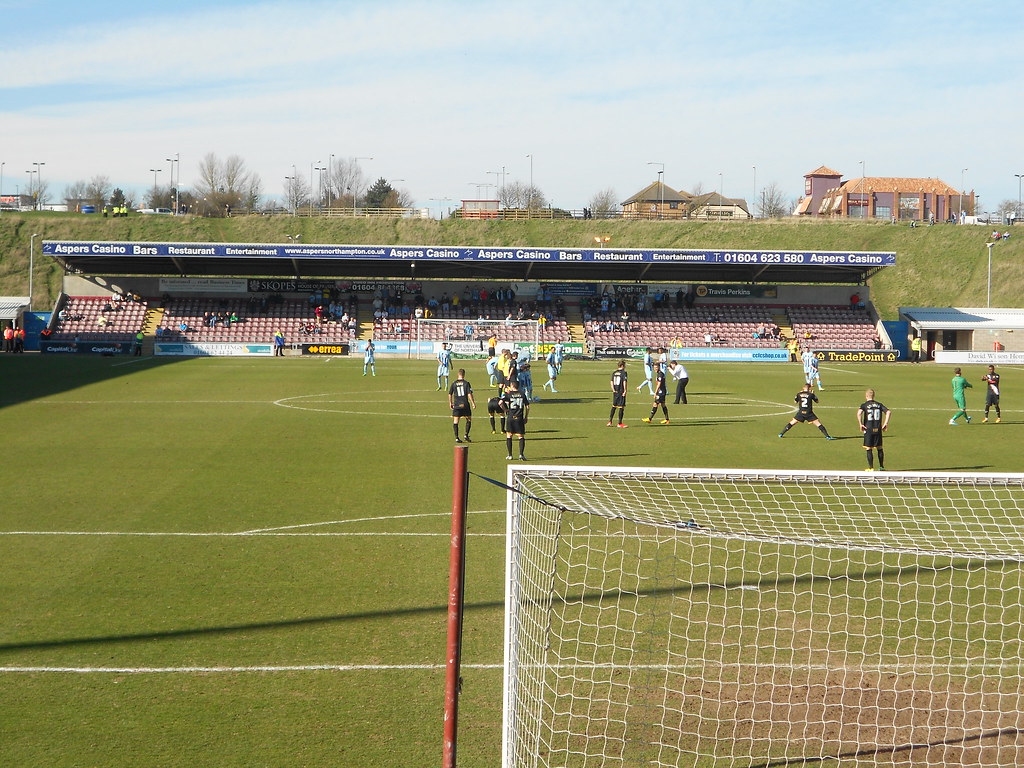 A little dull and basic. The North, East and South Stands are very small, only about 9 rows in each, while the big West Stand is reminiscent of Swindon’s Don Rogers Stand. It also means the ‘concourses’ are a little disappointing outside that West Stand, which also teases you with glass on the outside so you can see into the nice little indoor concourses with their Sky TV and beer…then you head through the turnstiles into the North Stand and find everything exposed to the elements, no beer, no TV, and the worst ladies toilets in the League! Yes, even worse than York’s portakabin! 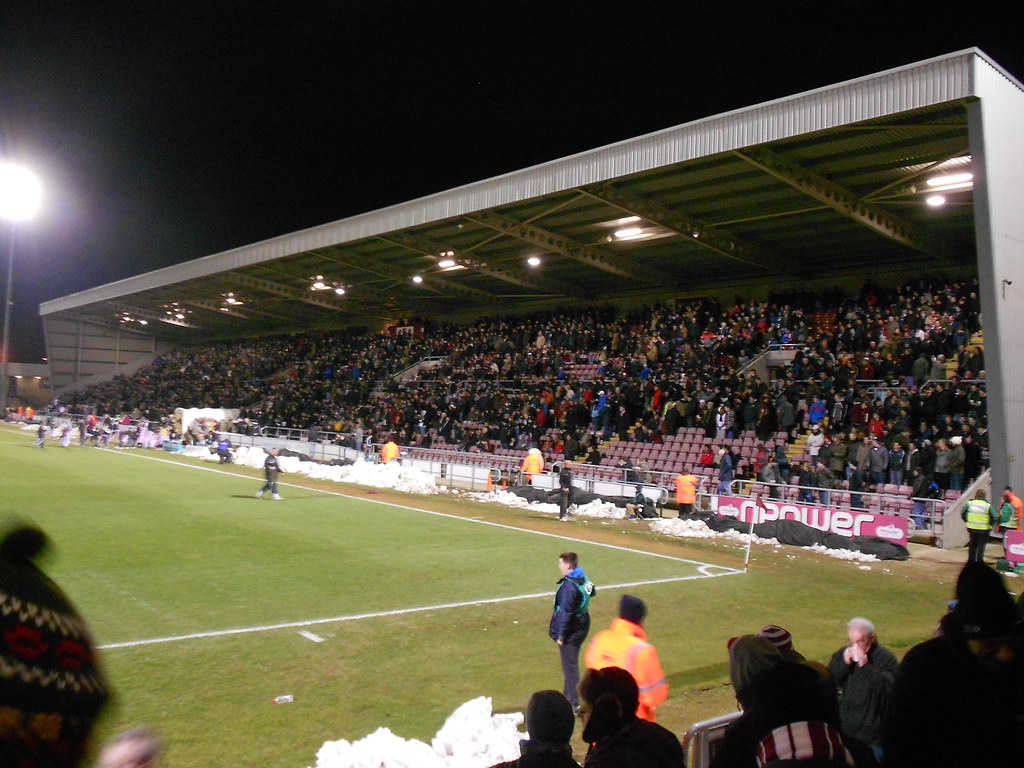 Surprisingly good. Wasnt expecting much, but with Northampton going for a promotion, there was a decent crowd on, the officials were terrible which I think always adds to the atmosphere too, and the place went crazy when O’Donovan scored a late winner. Unlike a lot of grounds too, it seemed to coming from lots of different areas of the ground, not just one area doing all the work and the rest joining in when they felt like it. Quite the opposite when I visited for a Coventry game. The only word to describe the atmosphere was eerie. It was like watching a reserve game at times, and the crowd and players kept hearing phantom whistles, which I assume were coming from the pitches behind the East Stand. If we could hear that, the atmosphere must have been woeful… 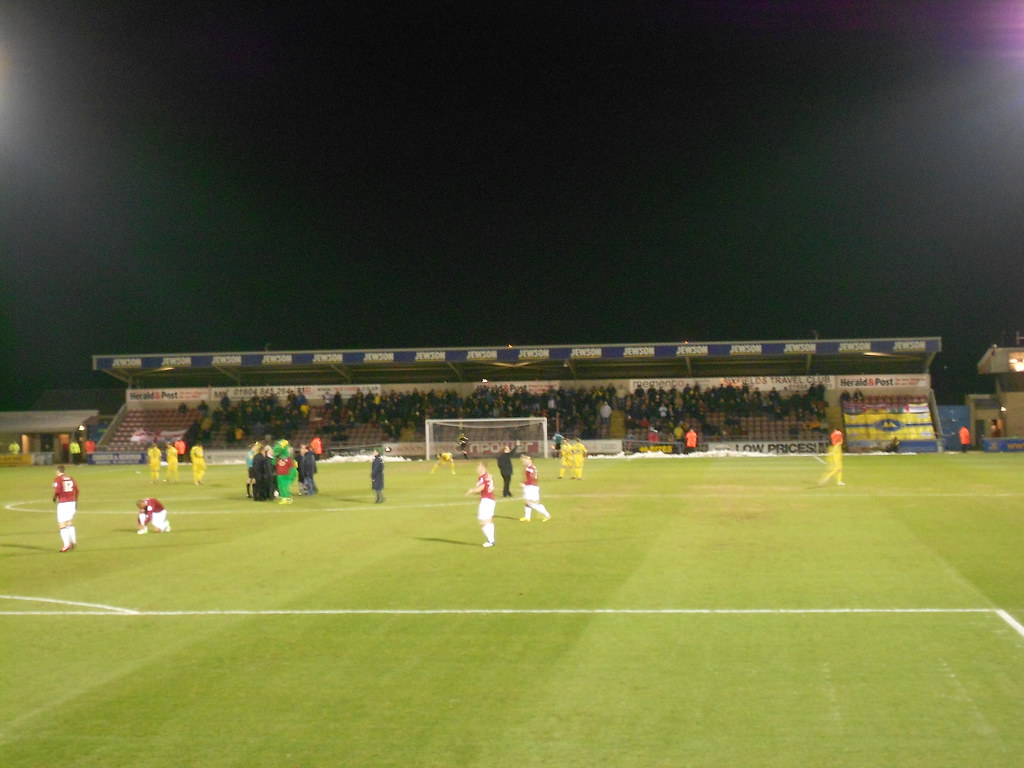 Torquay fans in the South Stand, 2013

Northampton are a bit useless in the sense that you must buy a ticket from the ticket office before you can go in, so no cash turnstiles. Which would be fine, but they were obscenely slow, and dont have internet ticket sales. They also dont have turnstile numbers on the tickets, and they’re actually manned and not electronic ones, so makes you wonder why you cant pay on the gate! 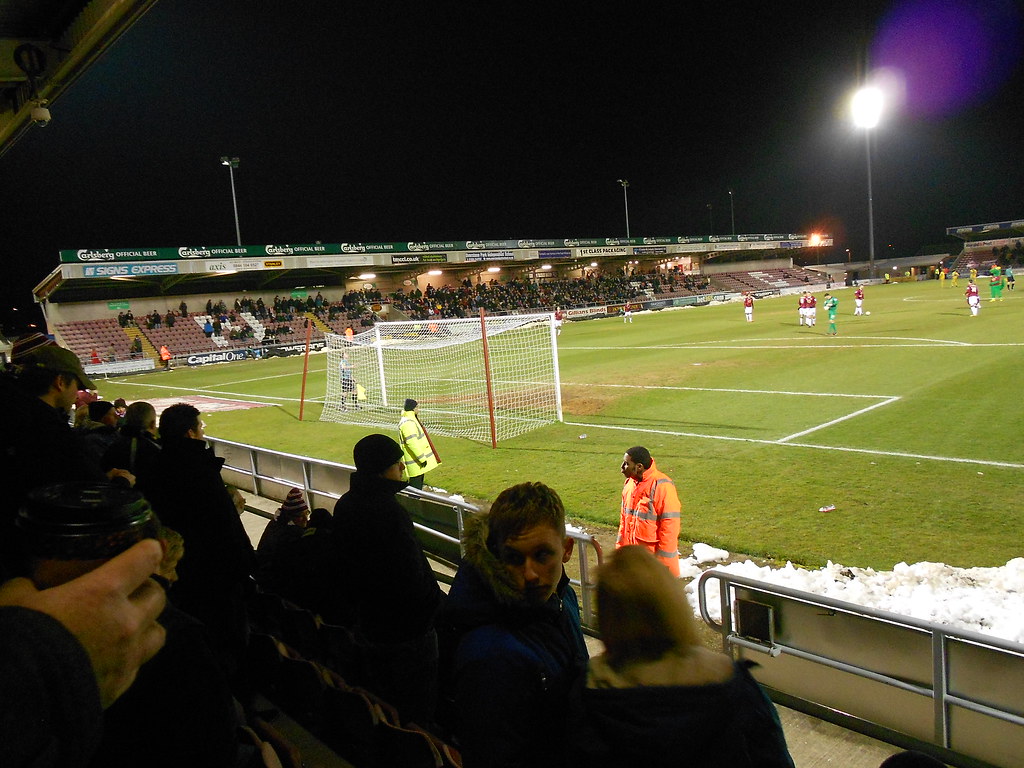 A little on the dull side, and pretty disorganised, but a good atmosphere definitely gives it something
Sixfields Stadium Photos (Northampton/ Coventry)
Posted by Unknown at 15:03