Drove, and parked as recommended, parked for free on Incinerator Road behind the Kop. Spot on really, though there didnt seem to be too many spaces so getting there early seems to be advisable. Very ideally placed ground though, as the station in the city centre is only about a 10 minute walk away too. 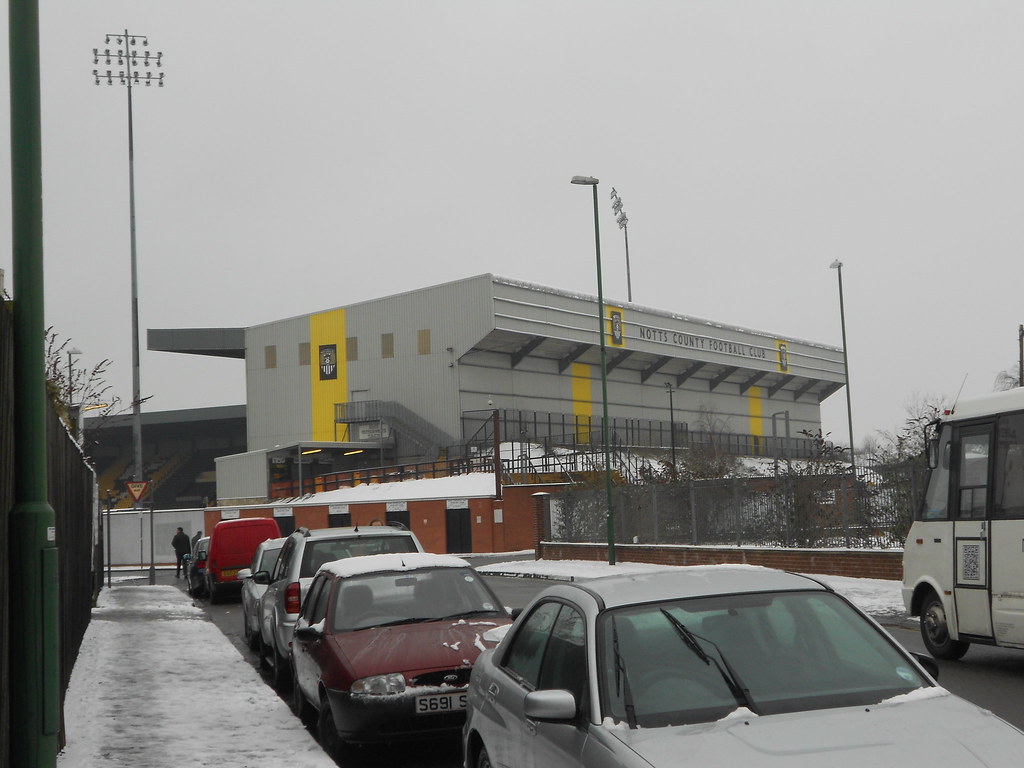 Ground exterior in the snow

Nottingham is a brilliant city for football. Both grounds are only separated by the Trent, and there are loads of bars around there, and then the city centre is only a short walk away too, so tons of choice. One of those places that must be fantastic to visit with a big following on a sunny day…not so much on a freezing snowy day in January! 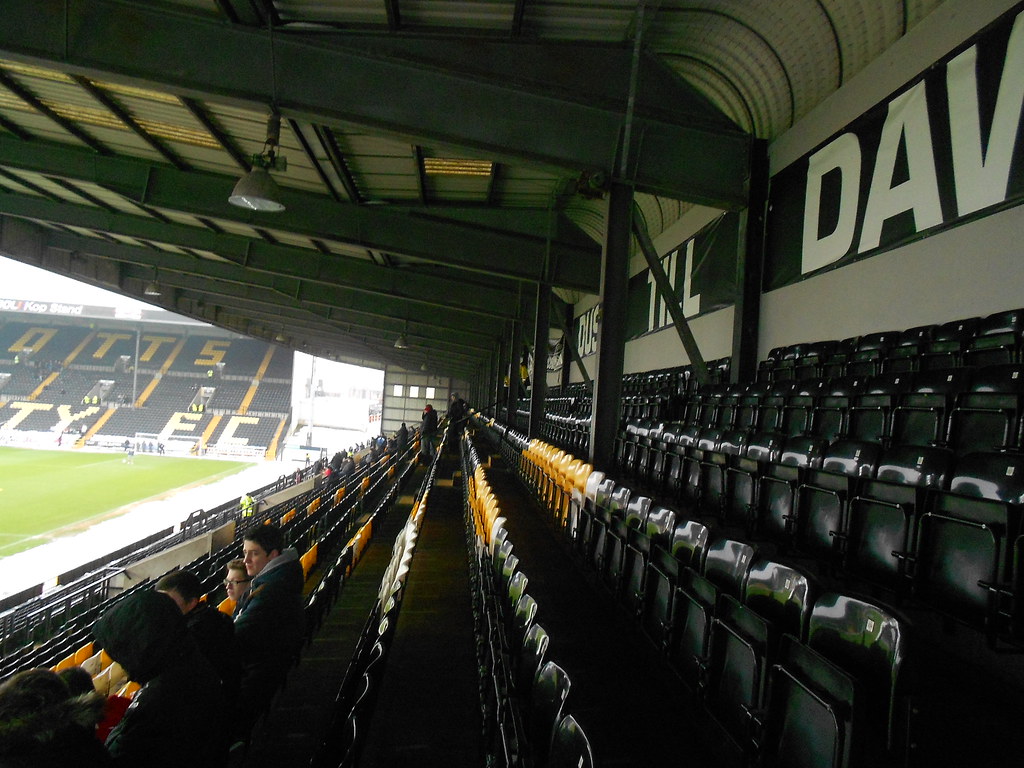 Inside the Jimmy Sirrell Stand

The ground has been redeveloped on all 4 sides, and has mostly flawless views, just a couple of pillars behind the two goals. The ground has a brilliant look about it from the inside, with four separate stands, the huge and imposing Kop which must be awesome full, and the away fans given the entire Jimmy Sirrell Stand along the touchline if required. 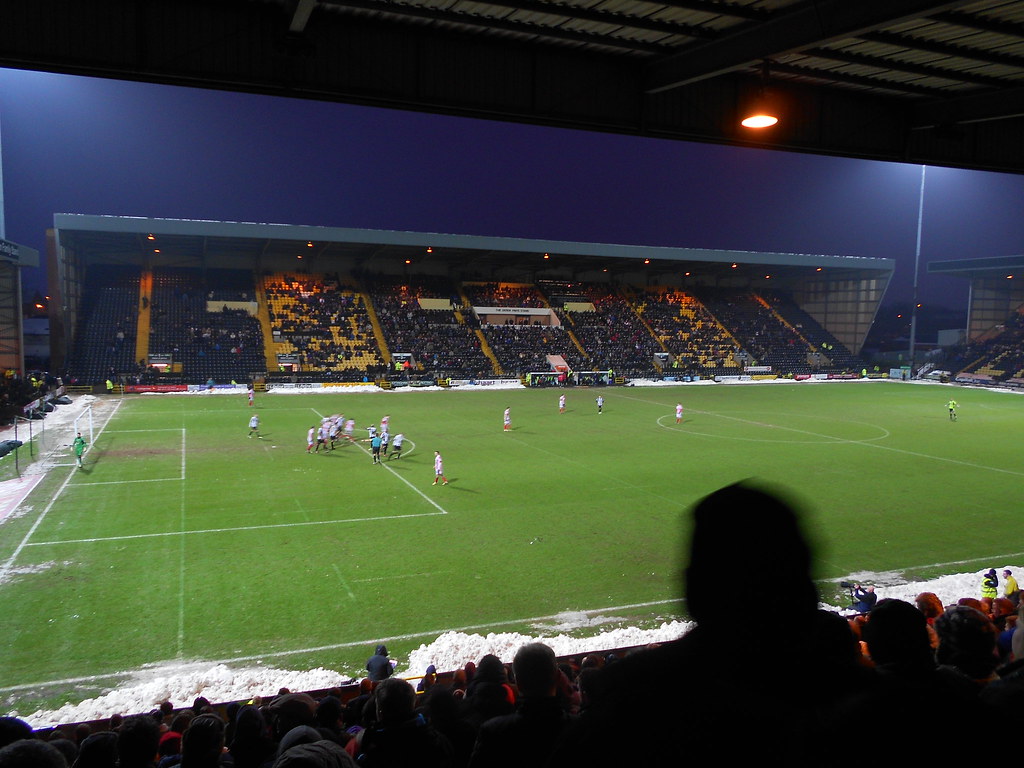 A bit disappointing, though when it did get going, it was excellent acoustically. The game itself seemed to drain atmosphere today though, the early red card prompting anger from the Notts fans who never really got going until their late equaliser, while the Blades fans got a bit irate at the failings of their side to bother doing anything after their early goal, despite playing against 10 men for 65 minutes. 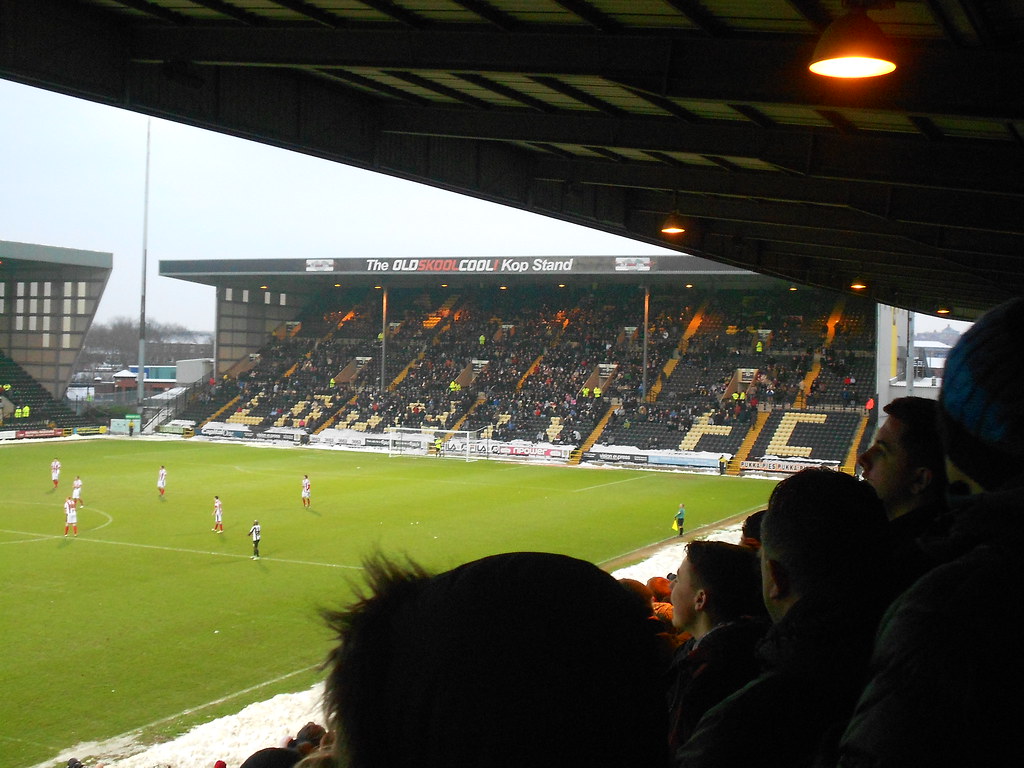 There was a kids 5 a side game on the pitch at half time, that provided some fun, as the Blades fans treated it like the real thing, going mad when the side attacking the away end scored, that must have been some experience for the kids playing, and they all came over and applauded the away end after as well! 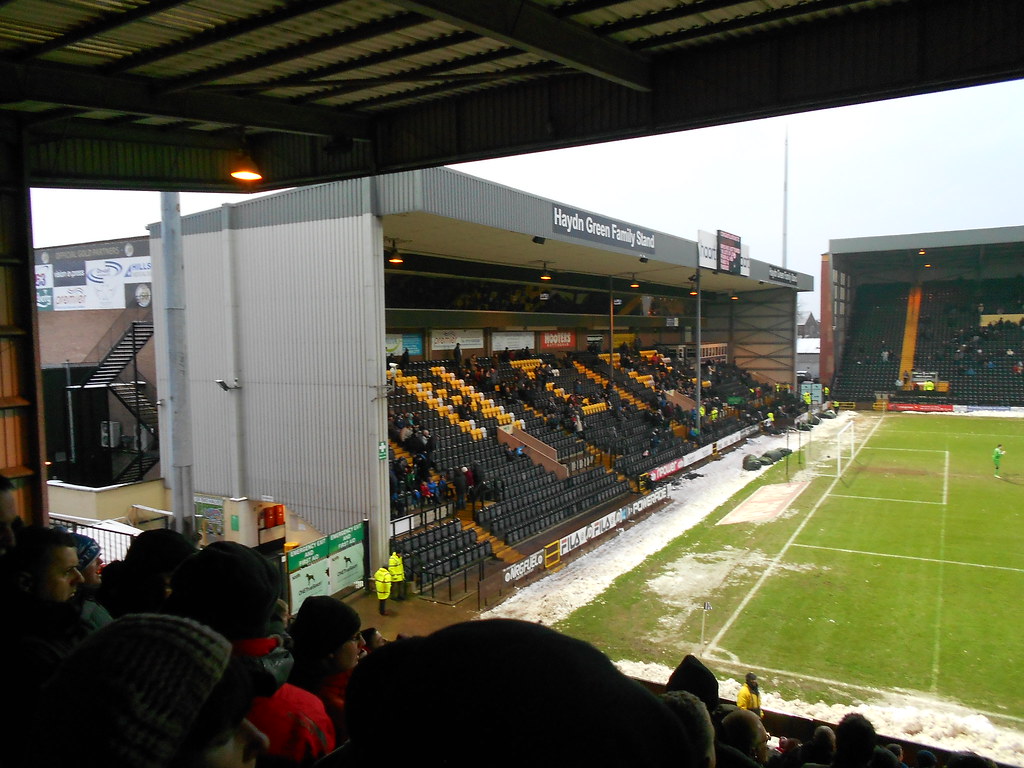 Nottingham in itself is such a brilliant city for football, and Meadow Lane certainly lives up to making it a good day even after you’ve gone through the turnstiles!
Meadow Lane Photos
Posted by Unknown at 14:47