Went on the train and it couldnt be easier. Train to London, underground to Waterloo, £15 return to Aldershot, train took an hour, and I was back at Euston in time to get the 6.30 train home, earlier than I can usually catch getting away from most London grounds in the Prem! And to make things better, Aldershot Station is literally a 5 minute walk from the turnstiles, and the train passes right by the ground! 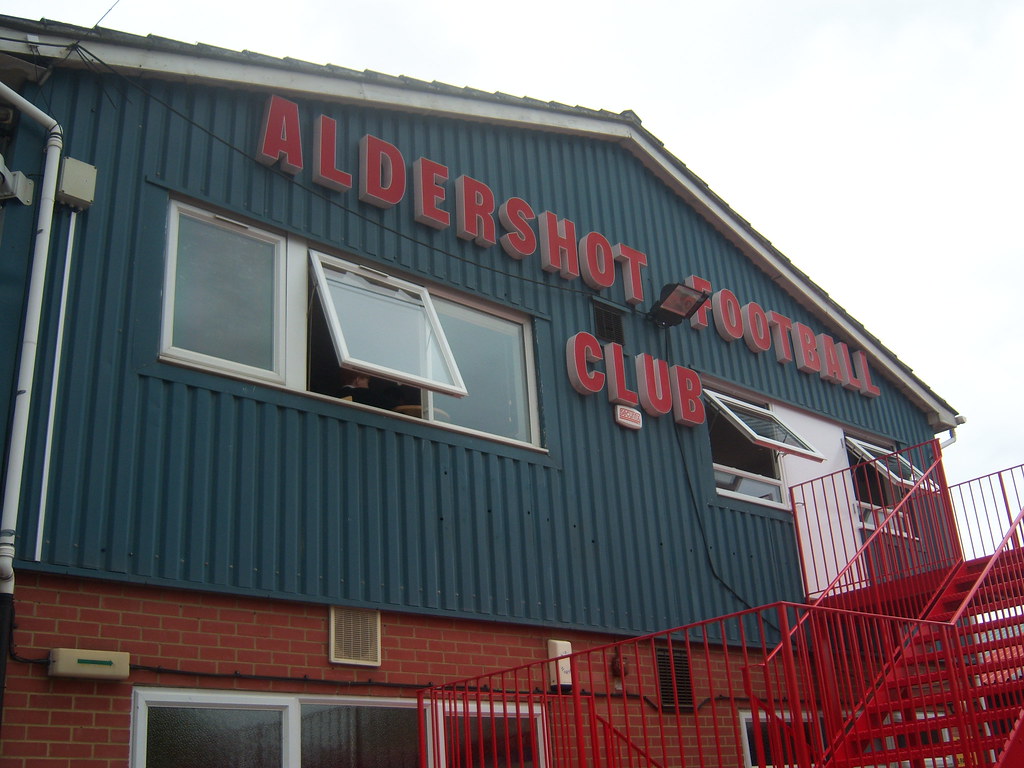 A remnant from the old club...

Not a lot near the ground. i took a walk down the High Street for something to eat, did pass two pubs, but also four takeaways that were all shut! There was a cafe though that did burgers and things so got a chicken burger from there. Usual stuff inside the ground. 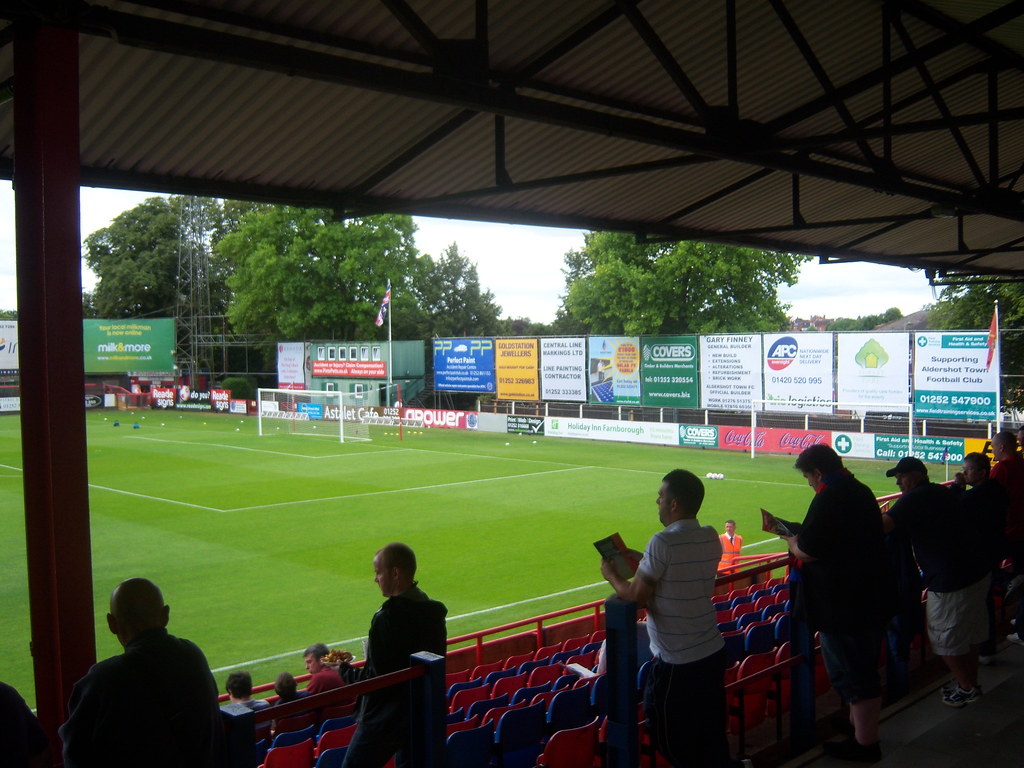 Still feels a little non league, in the sense that all of the home fans enter via one set of turnstiles on the High Street, before getting free reign around the ground behind the stands. It worked out very well for me having a look around and taking pictures though! The High Street end is now unused during the game, the North and South Stands have seating in the centre, with terracing along the wings, and the famous East Bank Terrace is behind the goals. A small seated stand has been built at the High Street End since my visit. 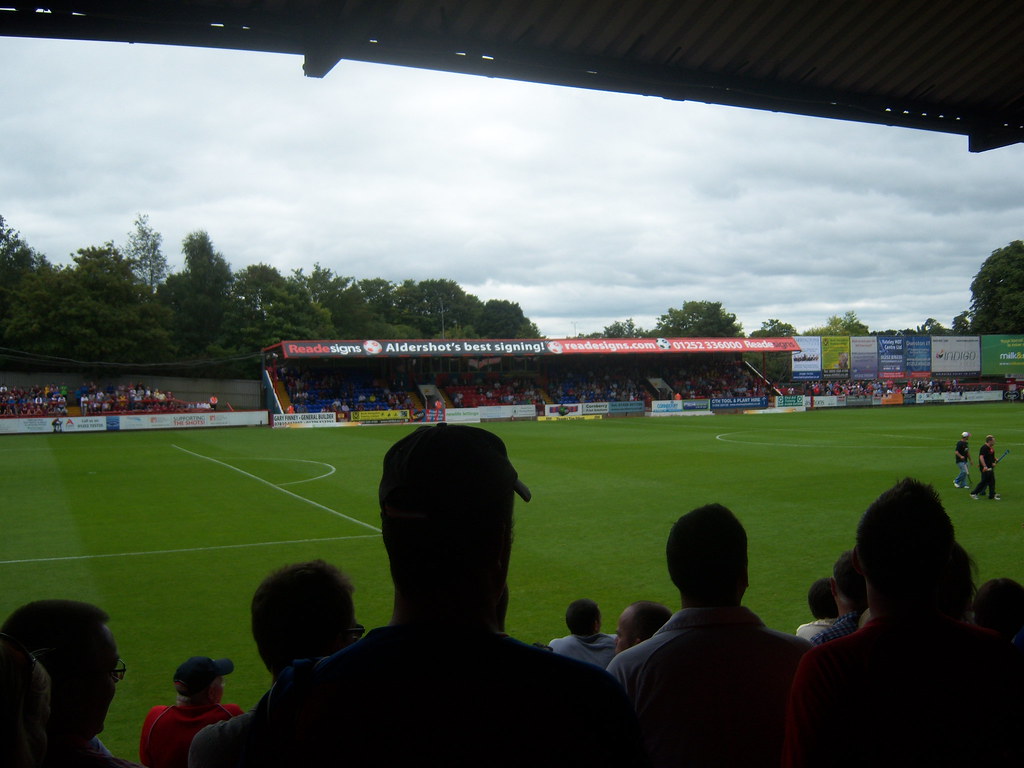 I say the ‘famous’ East Bank Terrace, because the atmosphere is pretty legendary within travelling fans in the lower and non leagues. And having now sampled it, with good reason. Alright, the only noise from the home fans came from there, but it didnt matter, it was relentless. The banners and the colour beforehand gave it a lot of life as well. 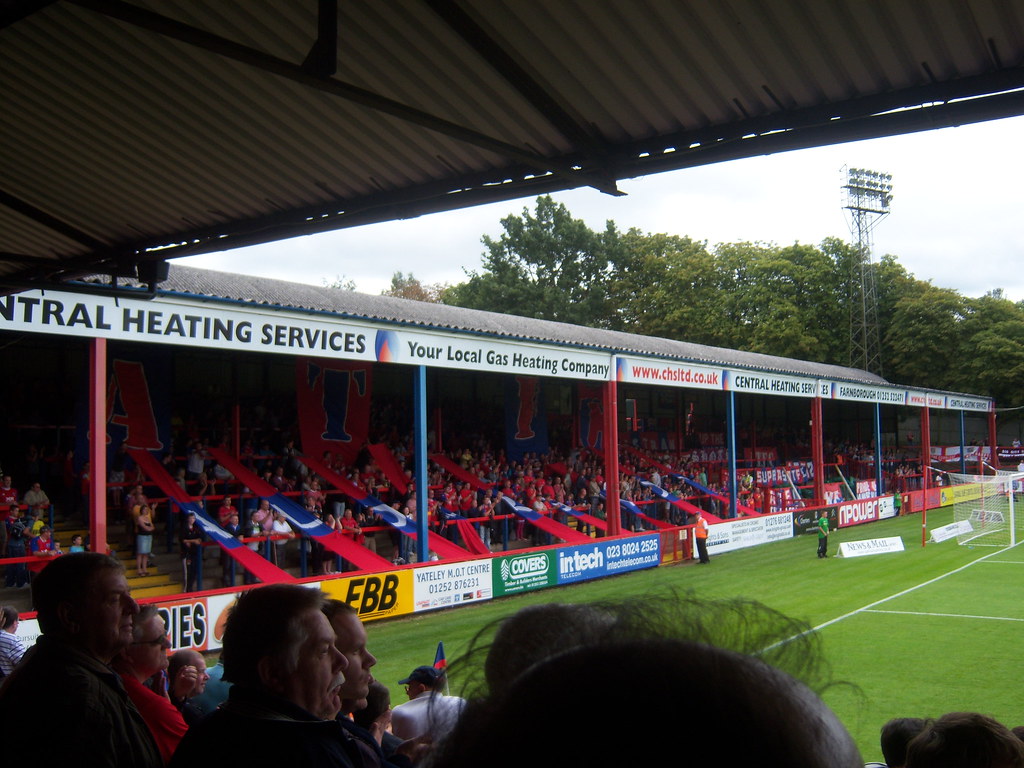 The East Bank display before kick off 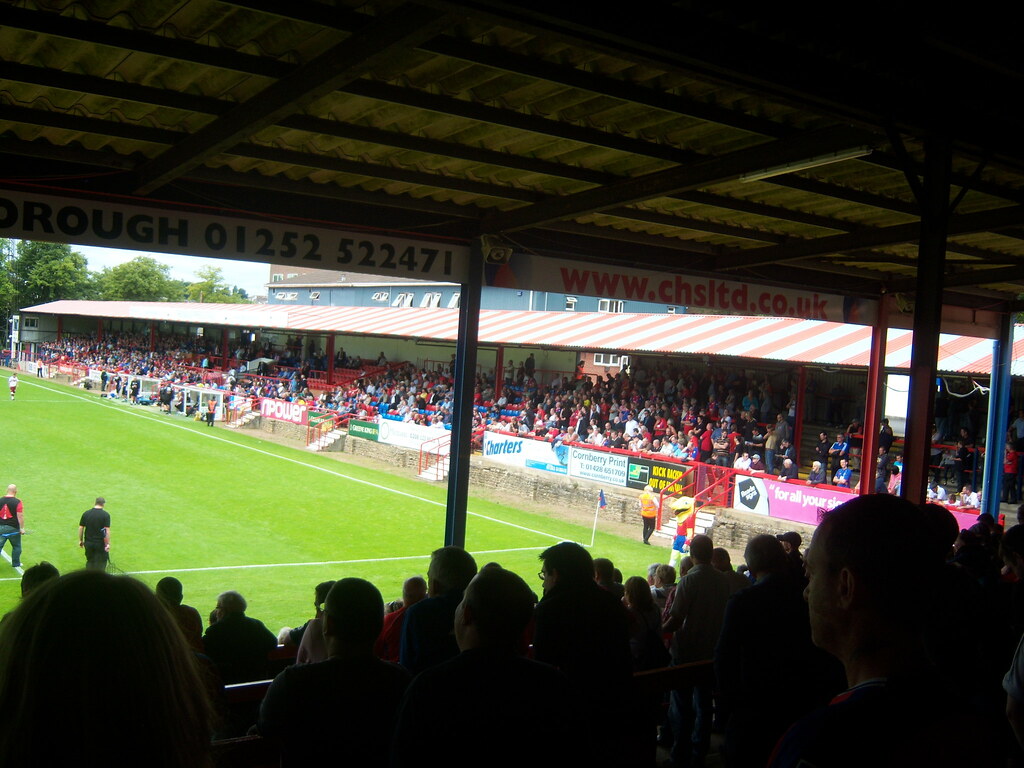 Aldershot are famous for their atmosphere and rightly so in this instance. Rough around the edges and still retains a lot of ‘non league’ feeling, but its got so much character, one of my more favourite grounds of this sort of size.
Recreation Ground Photos
Posted by Unknown at 11:55