I had been informed there was plenty of street parking near the ground, but arrived late and was struggling…until I stumbled on Prittlewell Chase, which had tons of free parking bays
along the side of the dual carriageway, even so close to kick off. 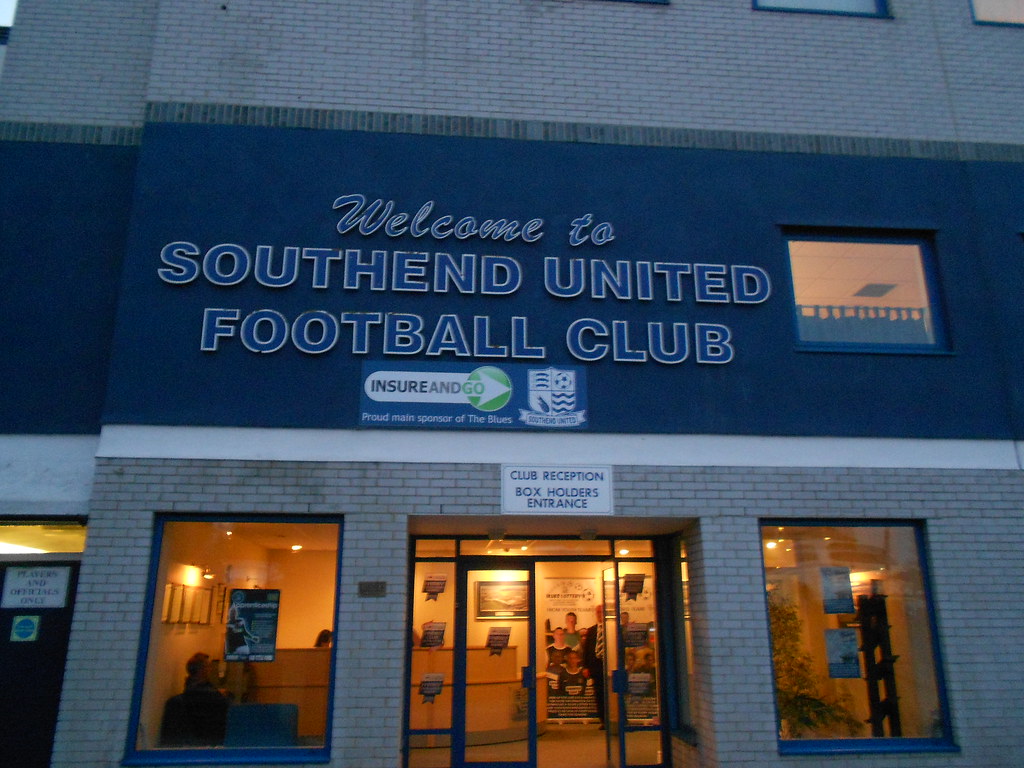 The ground is very well placed just off a main road, so plenty of pubs and places to eat only a couple of hundred yards away. I had a pizza from Super Pizza…it was alright, I certainly wouldnt say Super! Inside the South Stand, awful. Just one food kiosk to serve both tiers of the South Stand. There were bars in the upper tier though, they were just deserted, so its not like there was nowhere for them, and as a result of only having one kiosk, the queues were obscene. 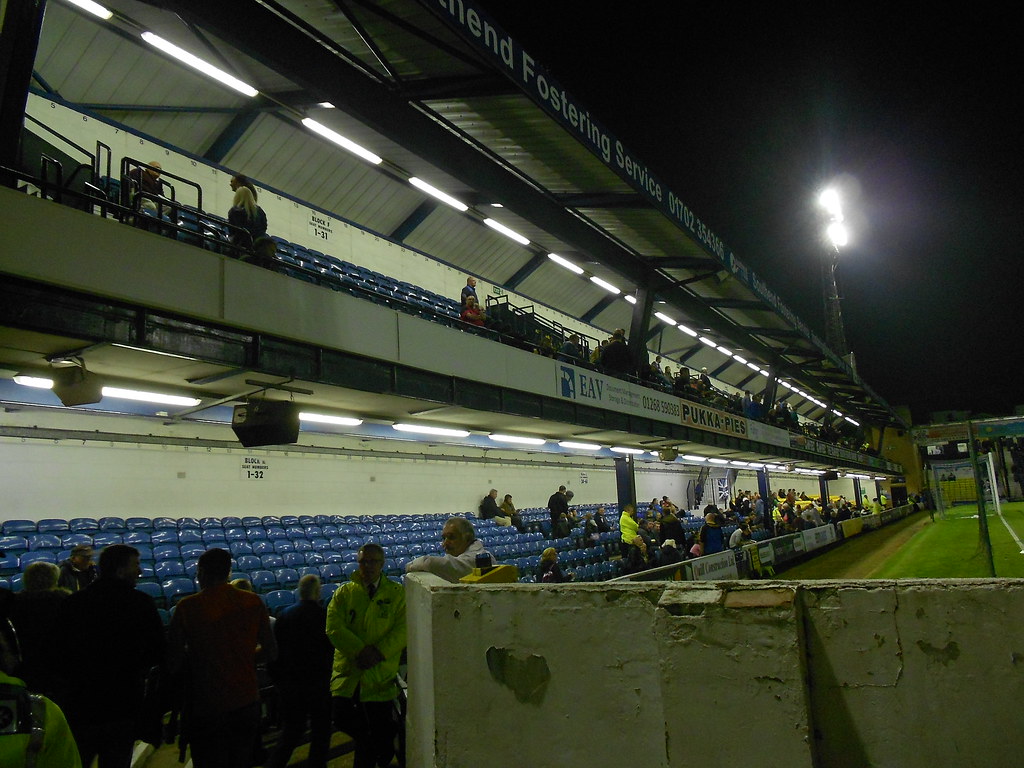 Classic old style English ground, with 4 unique stands! The West and North Stands with their big old fashioned barrel roofs, and the East a typical Main Stand, all given a bit of variety by the narrow two tiered South Stand behind the goal. The South Stand was reminiscent of the School End at Loftus Road, only its just about small enough to get away with it. 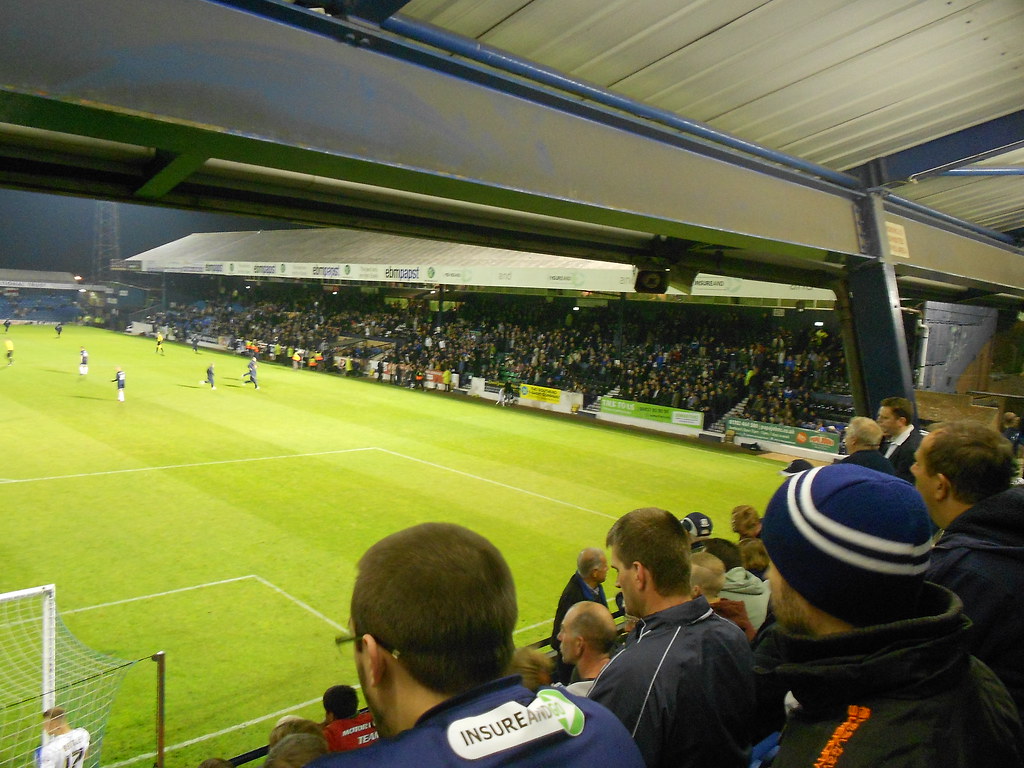 Nothing to write home about, but it wasnt bad either. There was a group of Southend fans in the West Stand making most of the noise, while the Rovers fans were quiet for much of the game, they could make some noise when they got going. 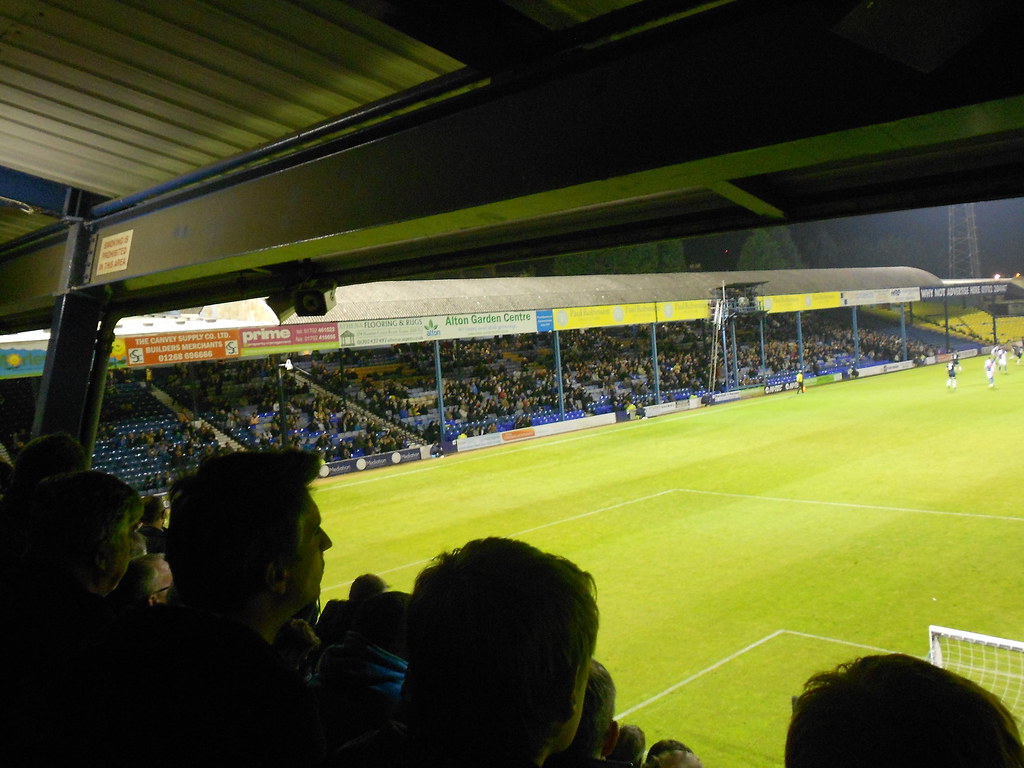 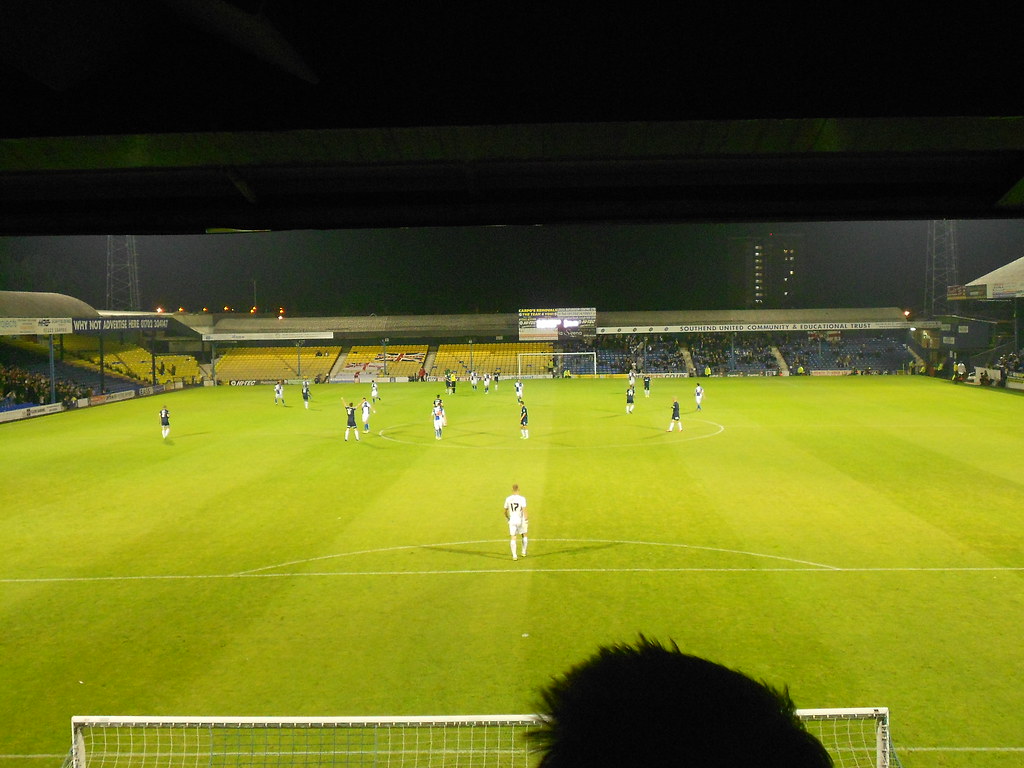 Its only really the awful refreshment facilities that let it down really, as otherwise, it was a quality little lower league ground.
Roots Hall Photos
Posted by Unknown at 15:33