After a horrible day travelling through London to Palace a week earlier, I asked for some advice on avoiding that for this one! Took the advice to drive and park at Upminster Station at the east end of the District Line, and it was just 4 stops to Dagenham East, and a five minute walk from there. Couldnt have been easier. Once I got there too, tbh, I dont think I would have minded driving all the way either, as Dagenham is on the outskirts of London enough that there isnt a lot of traffic, and there was lots of street parking that you normally have to pay for, but is free on Saturdays or after 6.30 on weeknights, so its not like parking would have been a problem either. 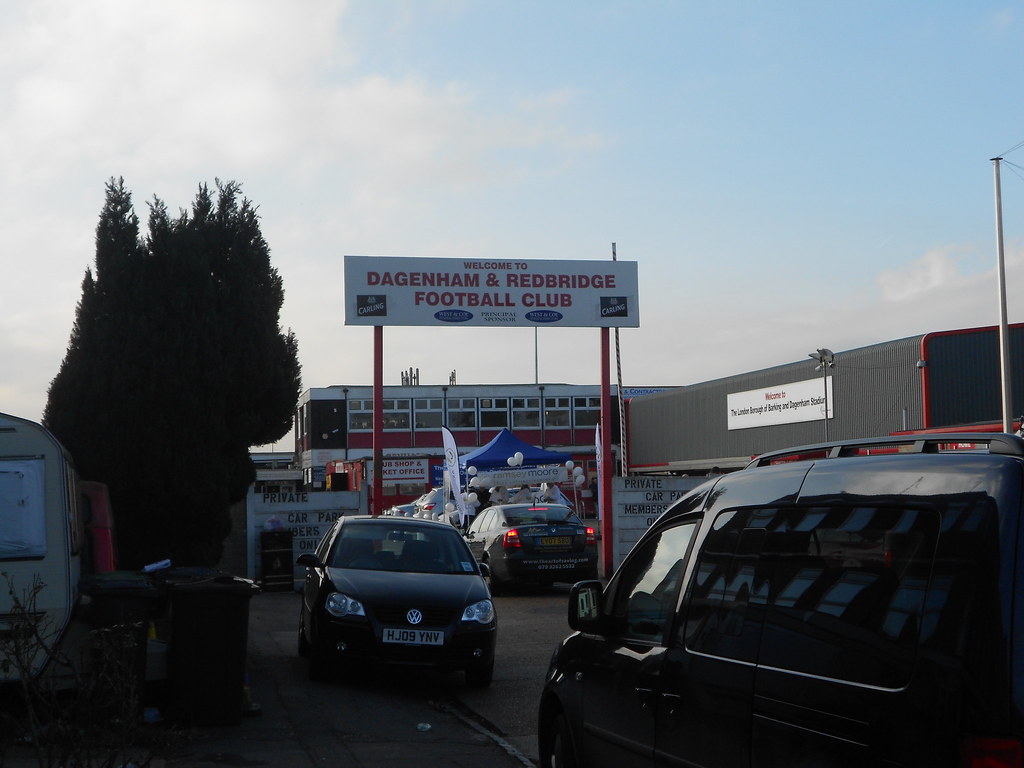 Not a whole lot between the ground and the station, but a little row of shops that at least has a couple of cafes and chippies on. Being an ex-non league ground too, the ground has a really good sized club house too where away fans were welcome, and with Sky TV as well. Cheap too and they served Coke in glass bottles, so cant go wrong really! Food inside the ground was a decent selection too, though cant comment on the quality. 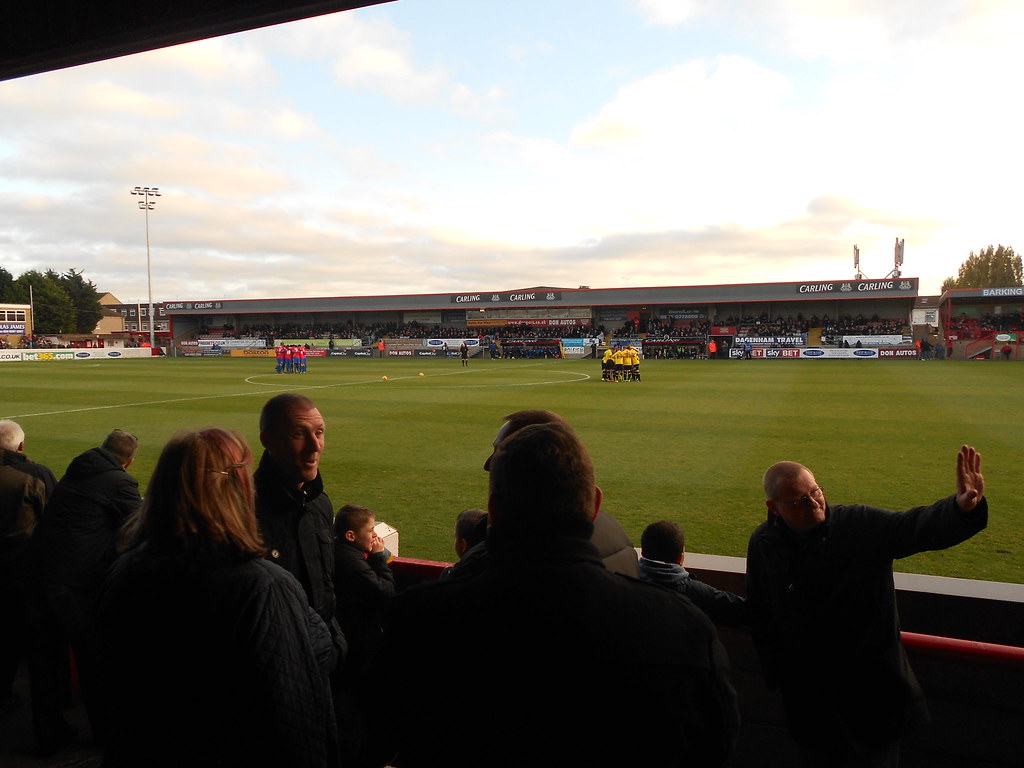 Both teams huddle up in front of the Carling Main Stand

The ground isnt bad at all really, with all seater on two sides, and terrace on the other two. The away fans get the best stand in the house, in the Traditional Builders Stand, a brand new all seater stand behind the goal with no pillars and is even raised above pitch level so even at the front it wouldnt be too bad. The Caling Main Stand is also unobstructed, though a small stand, with the odd little Barking & Dagenham College Stand filling in the gap at the end of the stand, as the Main Stand only covers 3 quarters of the pitch. Then the terraces, which are joined in the corner, so you can ‘swap ends’ as such. The North Terrace is covered and runs the lengths of the pitch, while the Bury Road End (or Clock End) is the only stand that looks like it needs a bit more work, being small, shallow and uncovered. 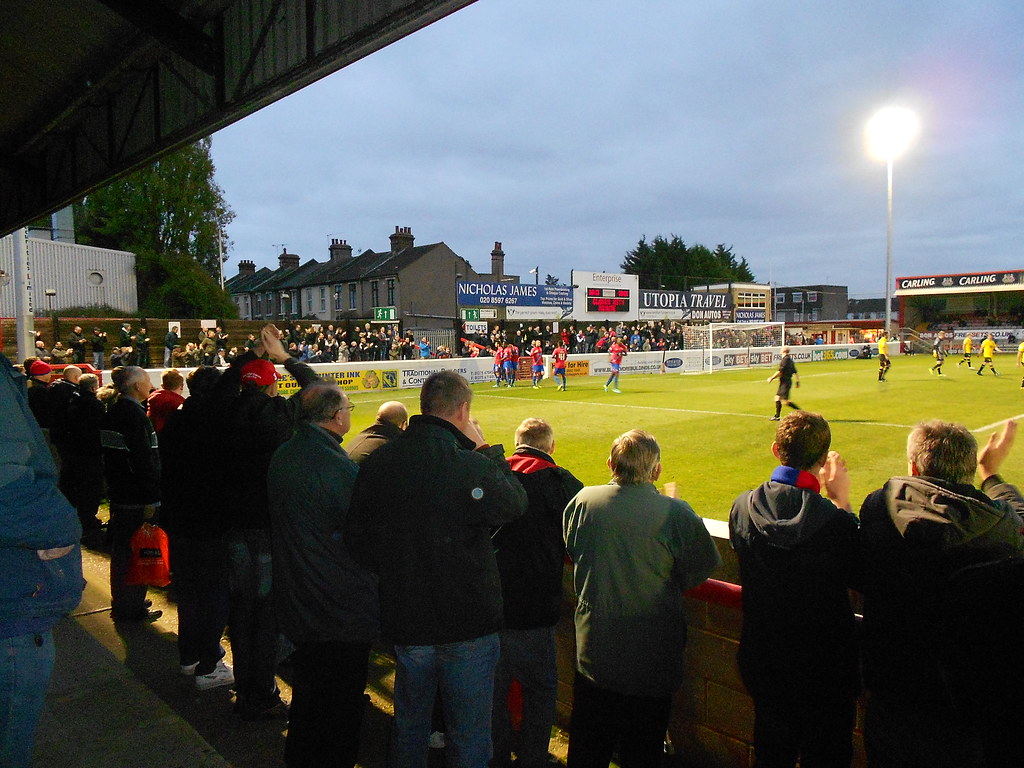 Not the best to be honest, picked up a bit later on in the second half, but still pretty poor. They had a drum…I was stood at the opposite end of the North Terrace to the drummer in the first half, and all I could hear was banging every now and then with no singing to go with it! 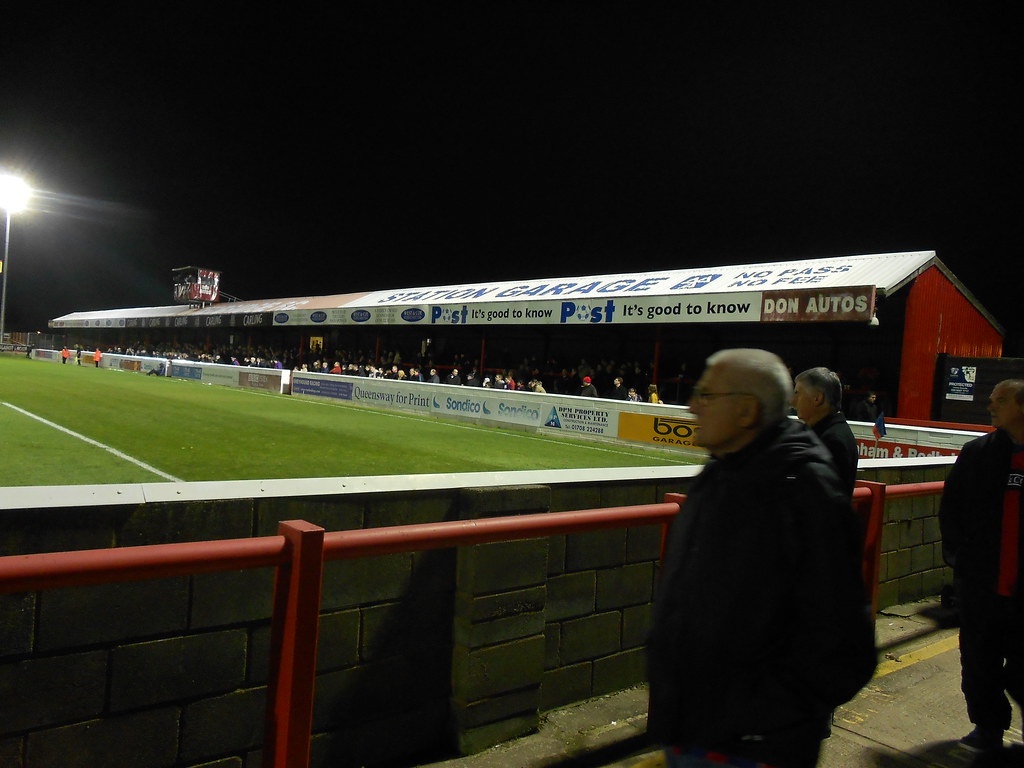 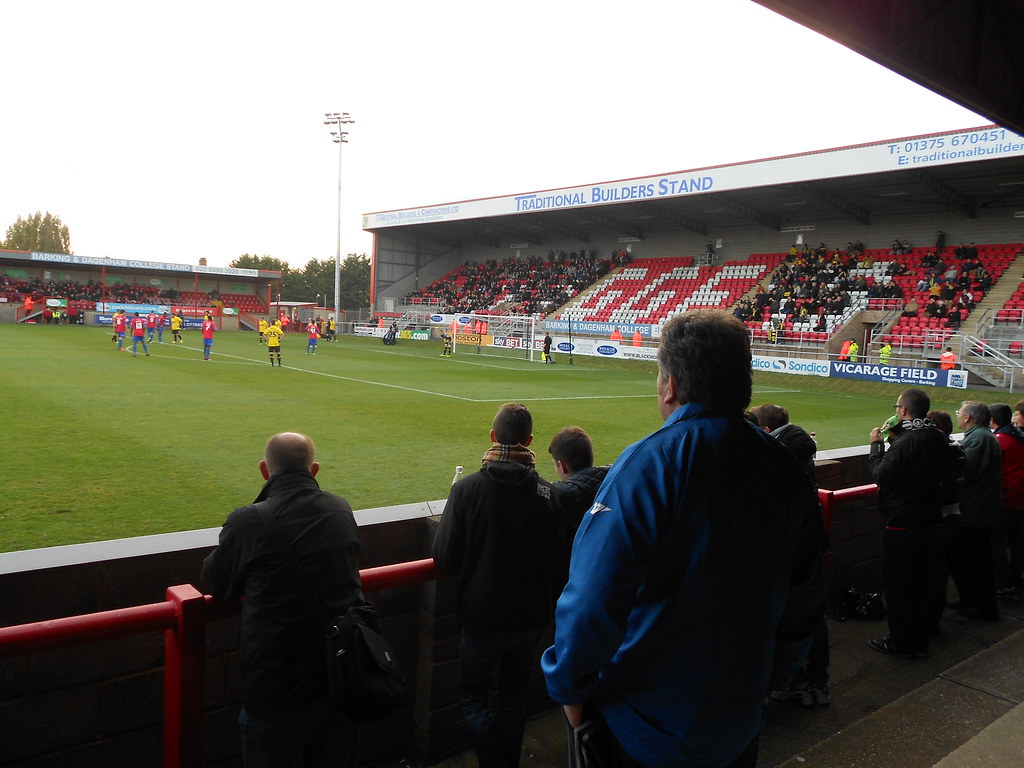 Easy to get to, relaxed, not bad at all really all round!
Victoria Road Photos
Posted by Unknown at 15:54