A bit like Colchester! A football ground that it seems it’s town wants nothing to do with plonked out on the outskirts of town with football parking unwelcome all over! Luckily as I headed towards town, despite signs saying no football parking everywhere, a pub called Brooklands had put out a sign saying they had parking for a fiver so parked there, about a 10 minute walk to the ground and dead easy getting out so could have been worse. Only permit holders can park at the ground. 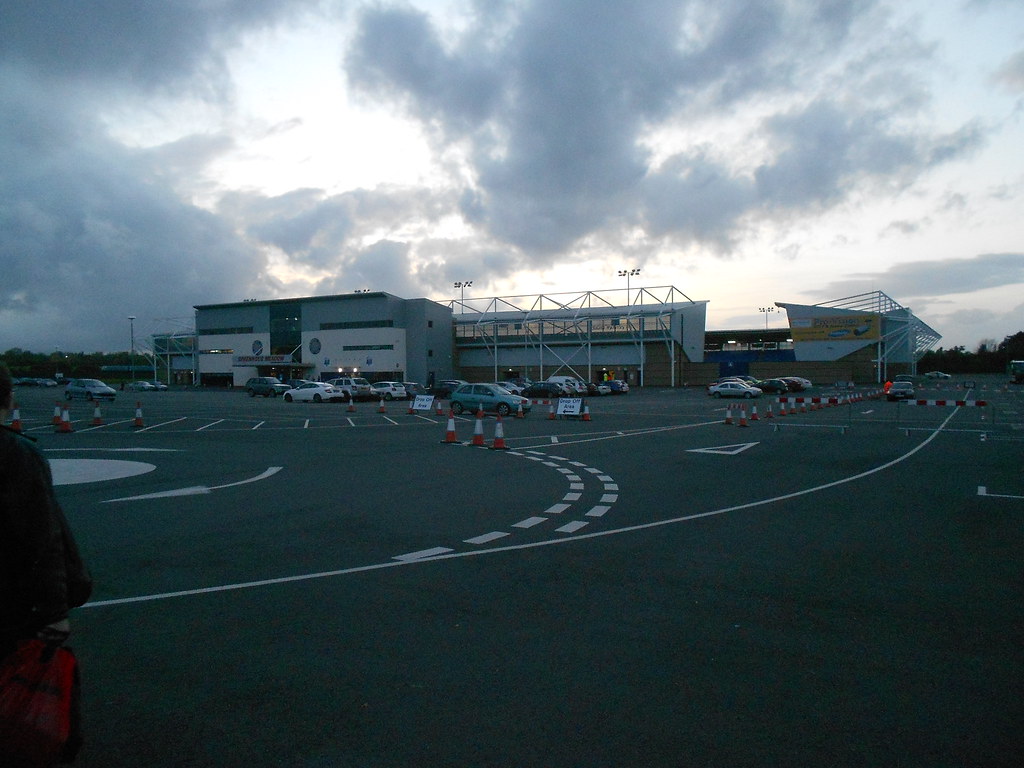 £3.10 for a bloody steak pie! It was nice, but not THAT nice! Other than that, you’re looking at McDonalds on the retail park and thats about it for civilisation. 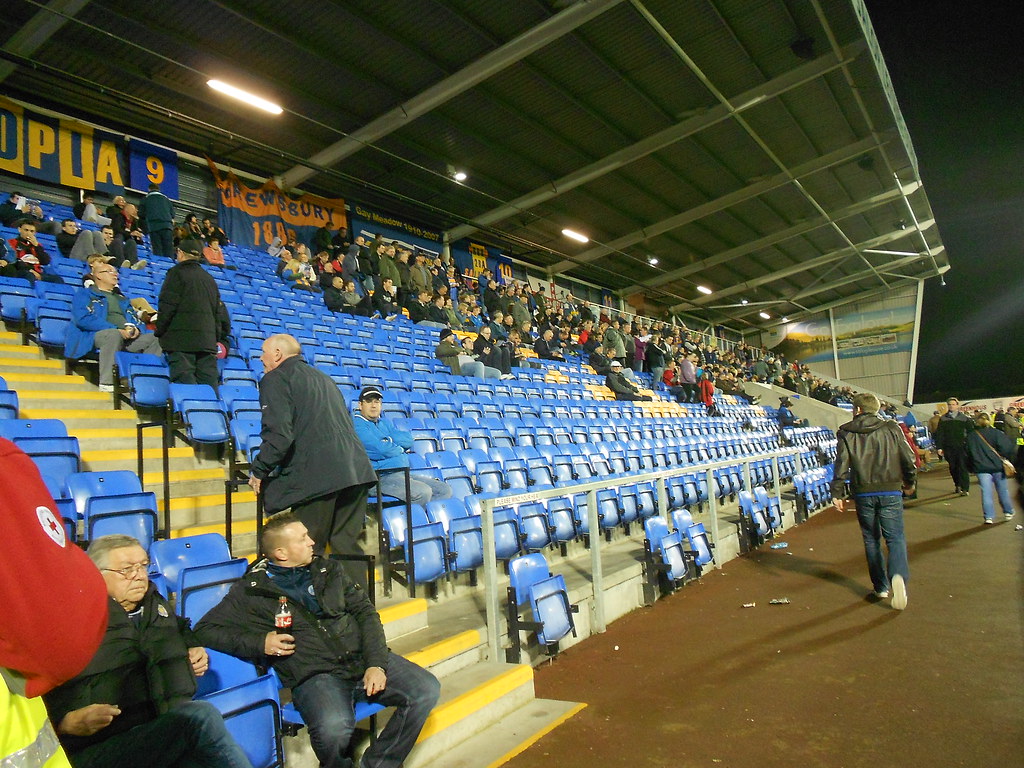 The South Stand, at half time 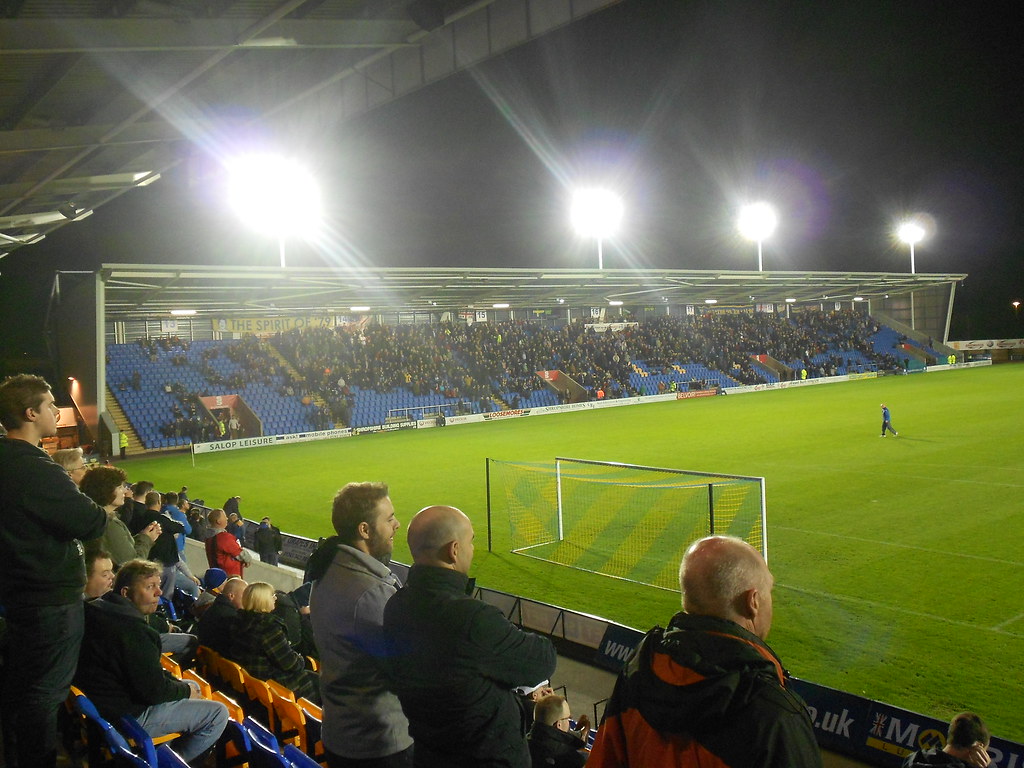 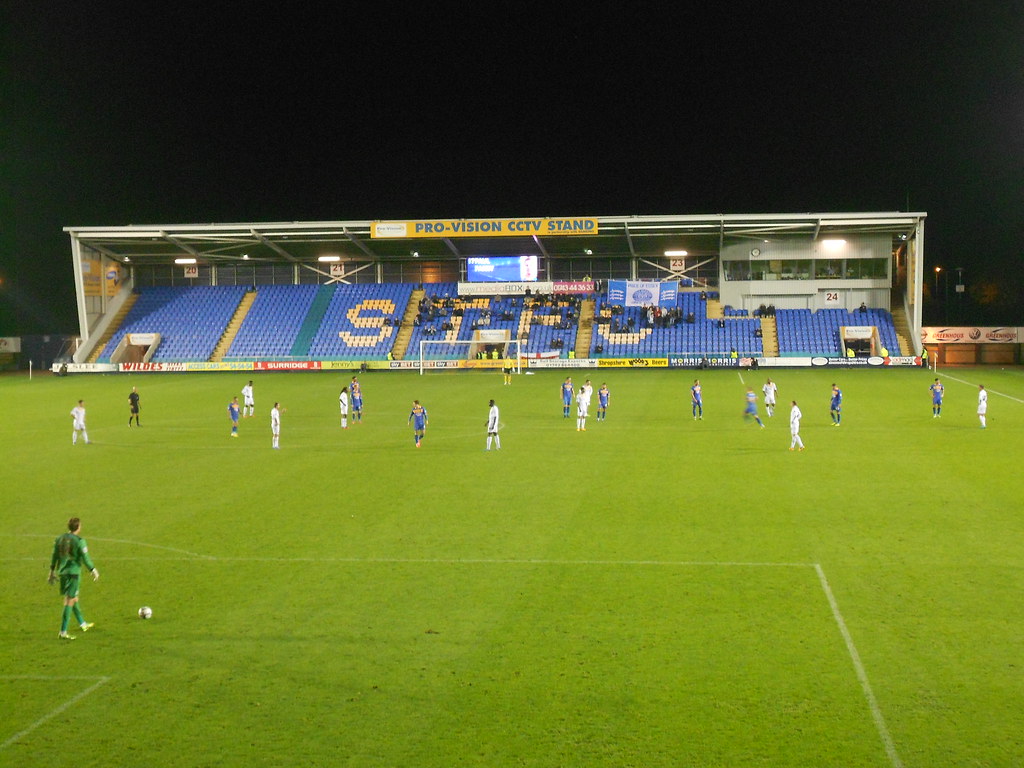 Colchester fans in the North Stand

The ‘walkway’ from the ground out to the main road or the retail park…never seen anything like it! Pitch black, narrow, mud, the path opens out into a field or a subway, cut through the subway and you find yourself in Sainsbury’s loading bay! Unbelievable. 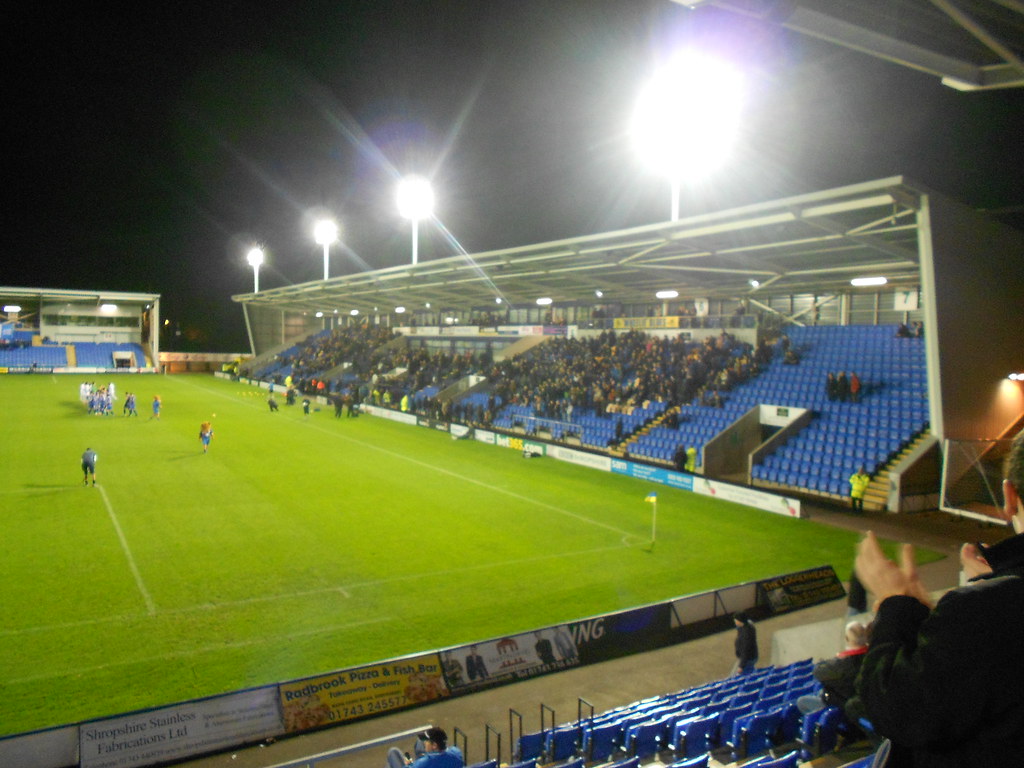 Awful. If I hadnt already been to Colchester, this would be my worst! The only thing it really has over Colchester is that the fans have made a bit of an effort by putting flags up to try and personalise the place.
New Meadow/ Gay Meadow Photos
Posted by Unknown at 15:45