Driving to Morecambe is always a nightmare, as the traffic through Lancaster is a pain no matter which way you come. Parking isnt great either, unless you’re prepared to walk, as there is plenty of free street parking along Westgate before the junction with Altham Road, good for getting away too, but it IS quite a walk! 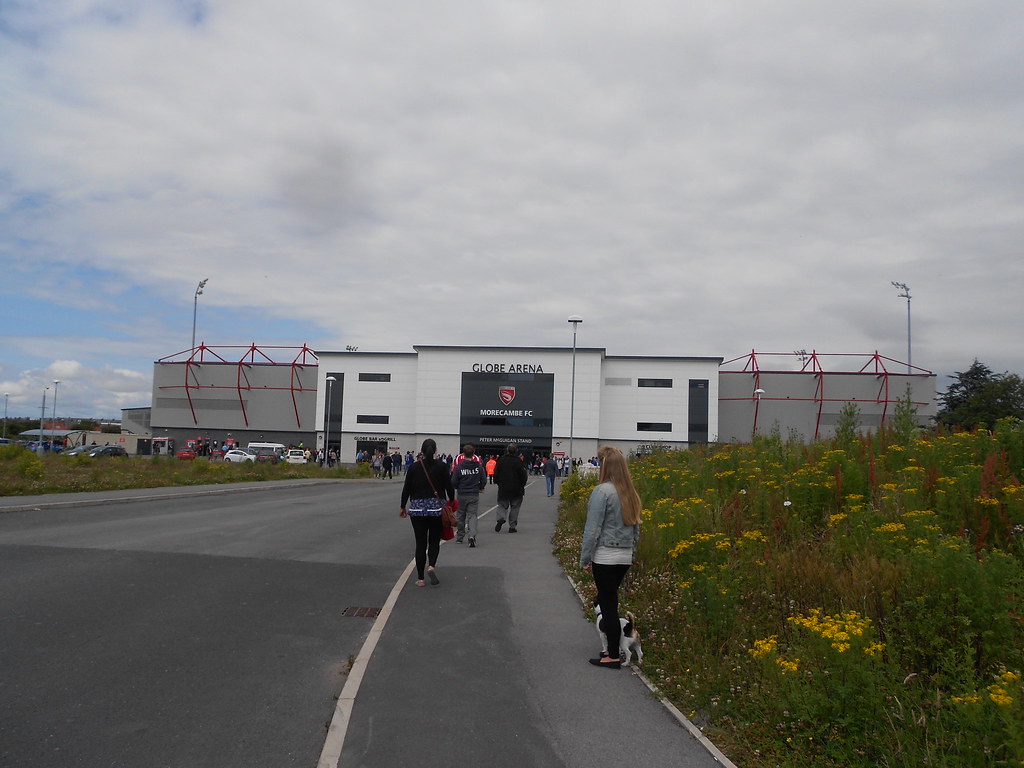 There is a pub right outside the ground that welcomes away fans, while if you park back as far as I said, there is another called the William Mitchell. Not a lot in the way of food though bar one little precinct, but if you head past the ground towards the bay, you will pass a dozen takeaways and a couplemore pubs, so not exactly thin on the ground as long as you dont mind walking. Just a warning too, if you’re in the away terrace for a game, bare in mind you may want to eat and drink before you come in, as it is possibly the narrowest rear of a stand Ive ever known, and the food kiosk is bang in the middle, so a queue from both sides! 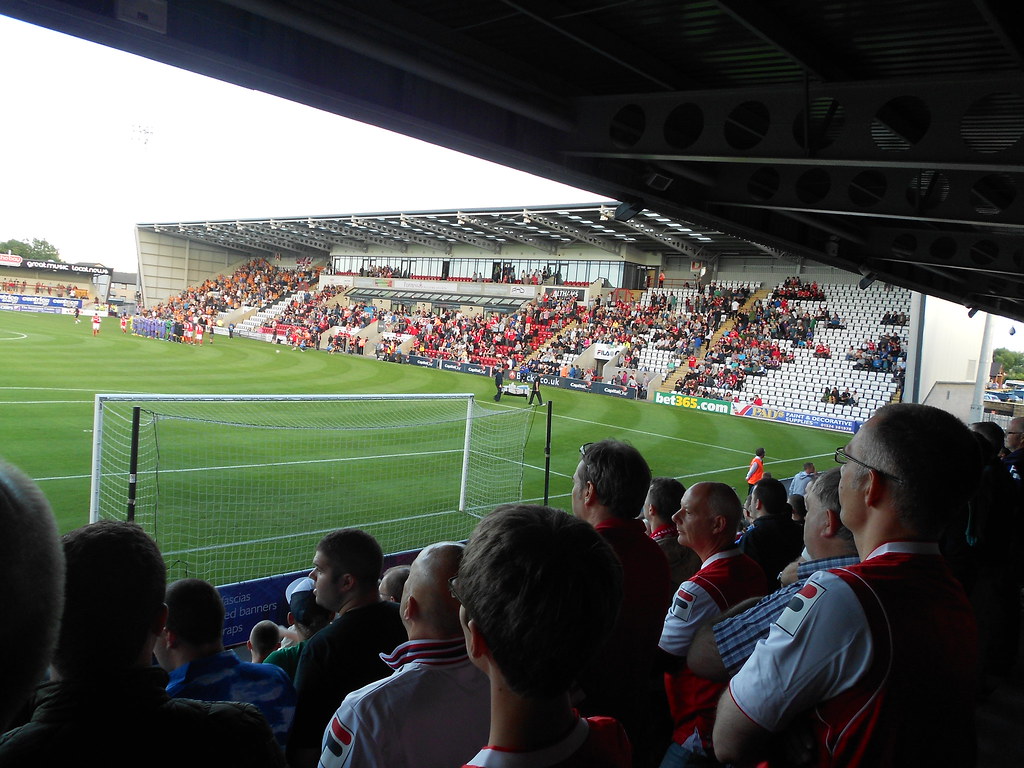 The ground move seems kind of pointless really…as the Globe is basically Christie Park with a more modern Main Stand. The rest of the ground follows an almost identical layout to the old one. A small terrace for away fans at one end, the tiny uncovered terrace down one side, and bigger covered terrace for the home fans. Its ridiculous how identical it is. 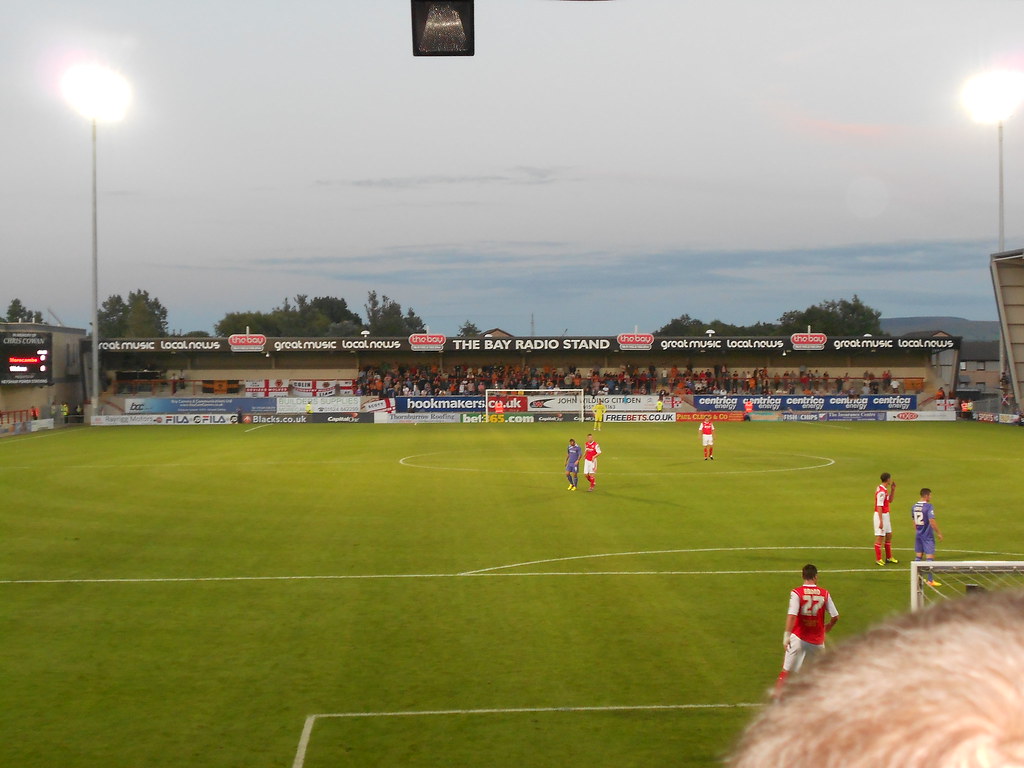 Even for a very small crowd, Morecambe havent just replicated their old ground, but they have at least replicated the atmosphere too. The noise from the home terrace is fantastic. Having been in the away terrace too, that also helps in creating a noise too, so even with a small crowd, it can be a really noisy place. Very disappointed with the Wolves fans on my first proper visit, both in terms of numbers, and in noise. 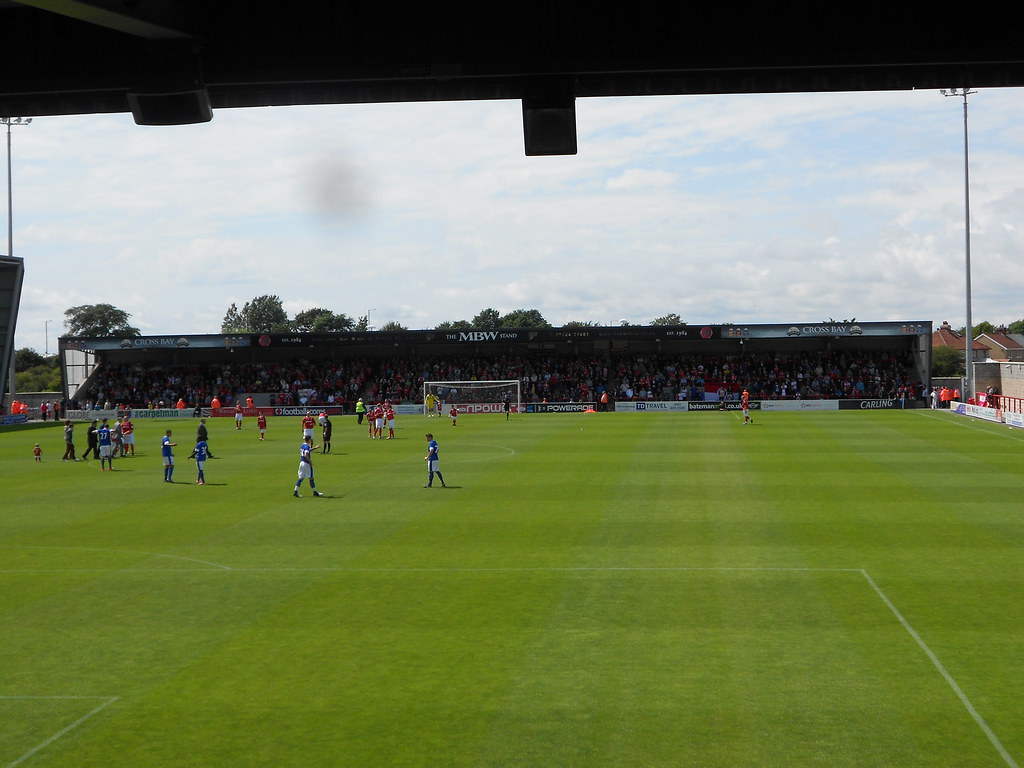 Unsurprisingly given the club and towns links to Eric Morecambe, one of their songs is of course, Bring Me Sunshine! 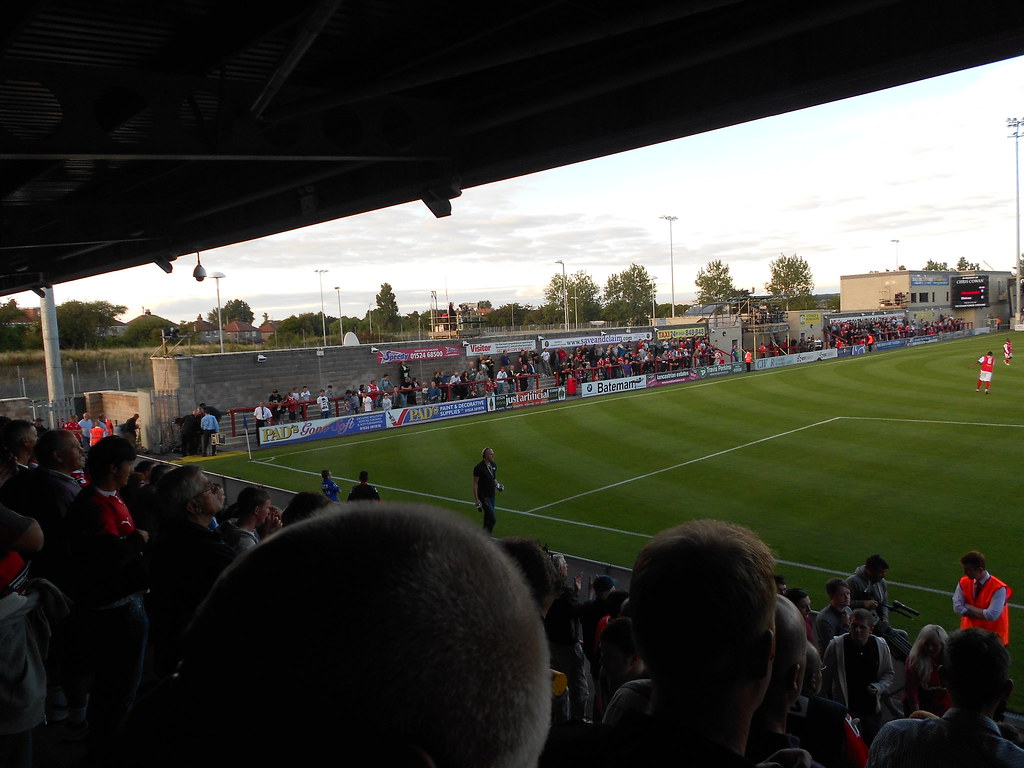 Its not the worst new build, but certainly one of the most pointless! The atmosphere makes it a worthwhile place to go though, and the location isnt too bad either.
Globe Arena/ Christie Park Photos
Posted by Unknown at 15:26