Palace’s access issues are bordering on infamous. Lets put it this way, mate of mine got the coach to the game. Had to be up at 5.30 to get there in time, and was still on the M25 2 hours after the game ended…yeah. On top of that, kick was delayed! I got the train, which wasnt so bad getting there, as there is a direct train from Watford Junction every hour. Heading back decided that rather than wait an hour for that one back, I would go via Victoria and Euston…oh my…this is a mistake…anything that involves a change at Victoria, especially at 6pm on a Saturday night…its bad. Yeah…getting to Palace isnt fun… 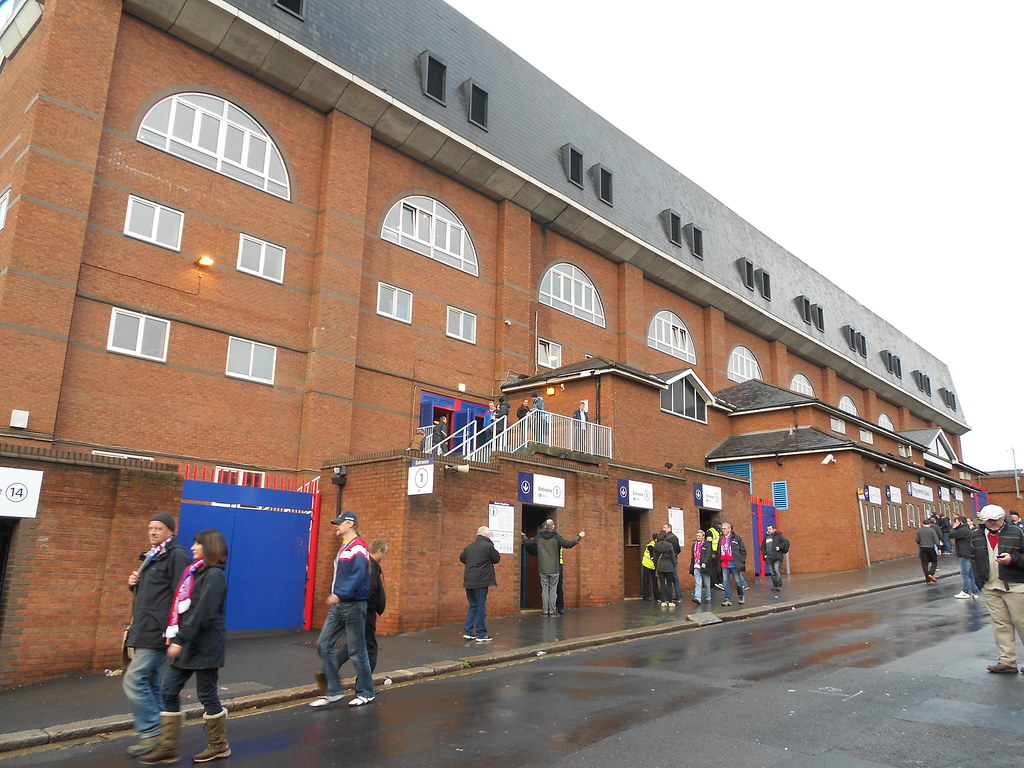 Exterior of the Holmesdale Road End, 2013

It does have some upsides thankfully! And thats that its impossible to starve getting to the ground. The walk from Thornton Heath takes you past two away fan friendly pubs, one right outside the station, and one on the corner of Whitehorse Lane, and it also takes you past a raft of takeaways, so whatever you want to eat, you’re pretty certain to be able to find it. And do it before you get in, because there is no way you want to get involved in what can only be described as a scrum to get served inside the ground at the one tiny counter they have… 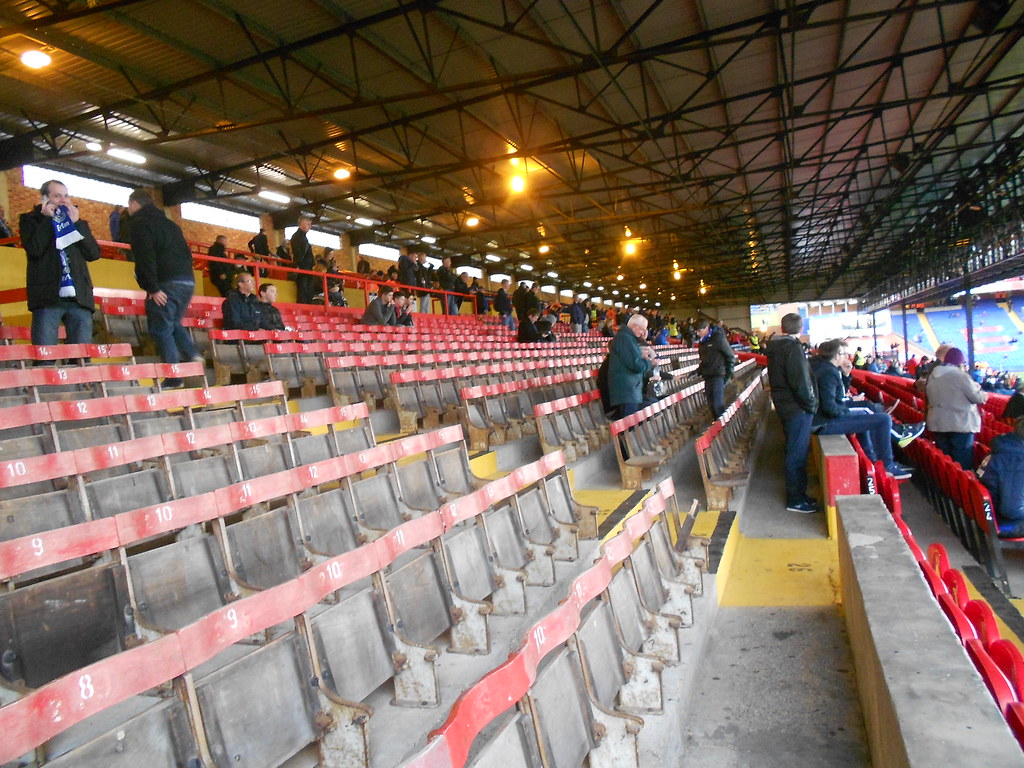 The delightful mix of old and new in the Arthur Wait Stand... 2013

The away fans get a raw deal here! On the surface, the ground looks very good and very balanced. The small Whitehorse Lane Stand with the boxes above, the older Main Stand and Arthur Wait Stand down the sides, and then the big two tiered Holmesdale End, with its unusual almost old fashioned curved roof. The away section though…oh dear. Im not even moaning about the wooden seats, I sit on one at Goodison and that doesnt bother me! The stand is horrifically shallow though, I spent most of the game stood on my seat a good foot higher than the people in front of me and I still couldnt see the near side of the pitch! Absolutely no room to move either, so difficult to move about, in the end people were just standing where they felt like. The stairway at the end of the stand, supposedly a sterile area, just had half the crowd stood there by the second half! Oh, and to top off everything, the roof leaks! 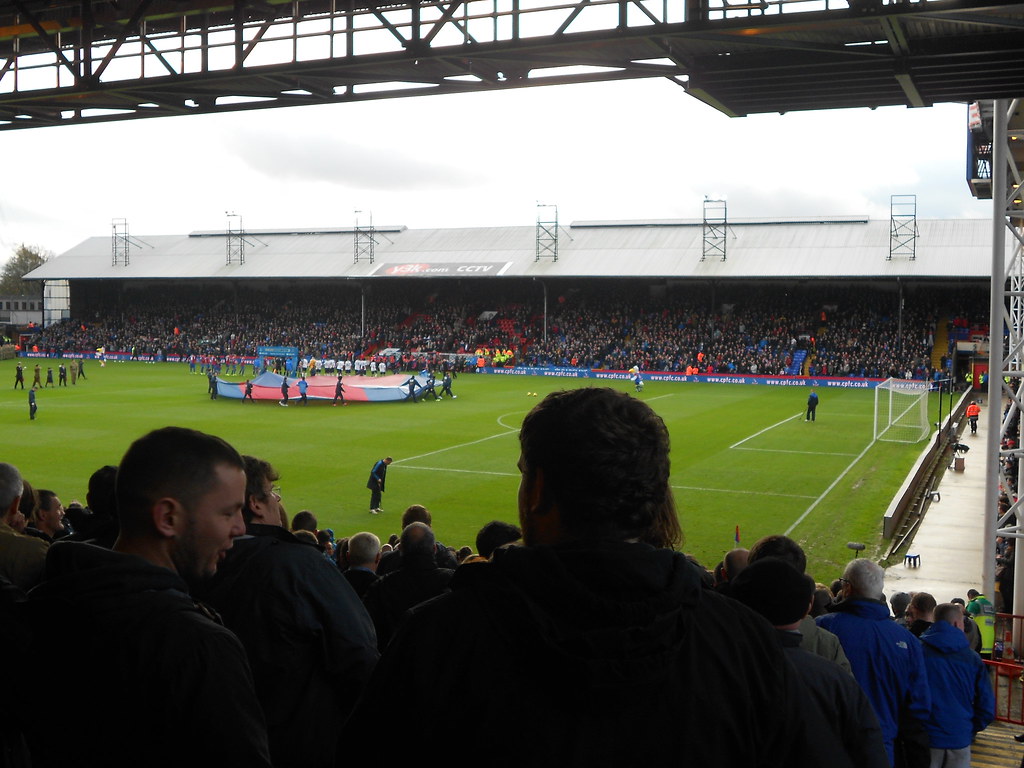 The Main Stand just before kick off, 2013

Expected big things given Palace’s reputation, and was disappointed first half. It improved though once Palace realised they werent going to get smashed, and was very good from about the half hour onwards. The away ends only advantage I suppose is that its got great acoustics, as it was great when we bothered. 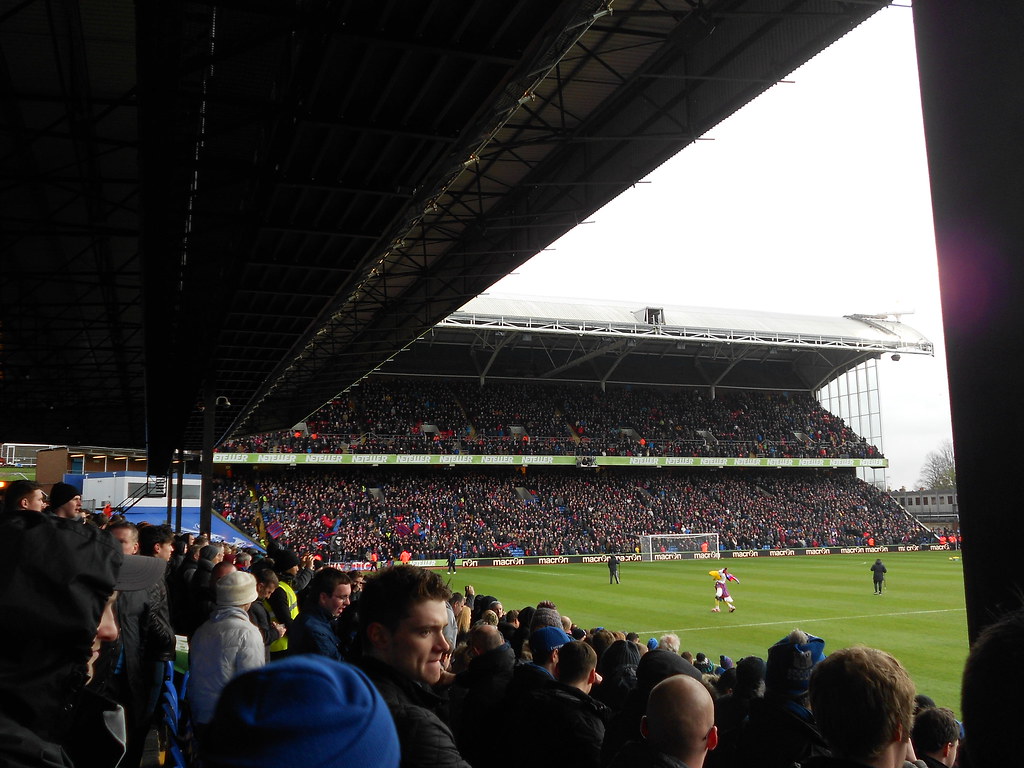 The awful layout of the away end also meant it was near impossible for the stewards to police us. People standing anywhere they wanted, climbing on seats and up poles, and seemingly everyone in the away end constantly had a bottle of beer in their hand! 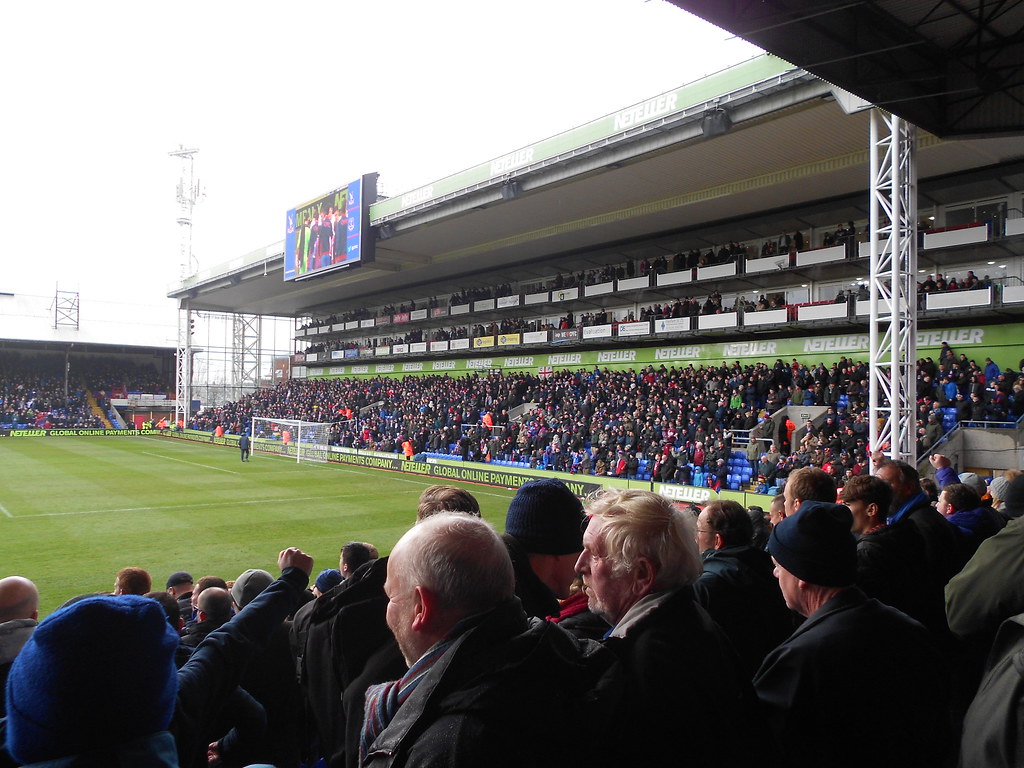 Logisitics really spoil all the good Palace have. A good location and great atmosphere are really tempered by horrific access and away end!
Selhurst Park Photos
Posted by Unknown at 15:51