It seems a lot of people dont like MK with all its roundabouts, but being from a fellow roundabout filled new town, I dont mind it! There are a few industrial estates on Dawson Road opposite the ground, and there is an absolute ton of free parking along there. Mega quick for getting out as well, so cant complain. 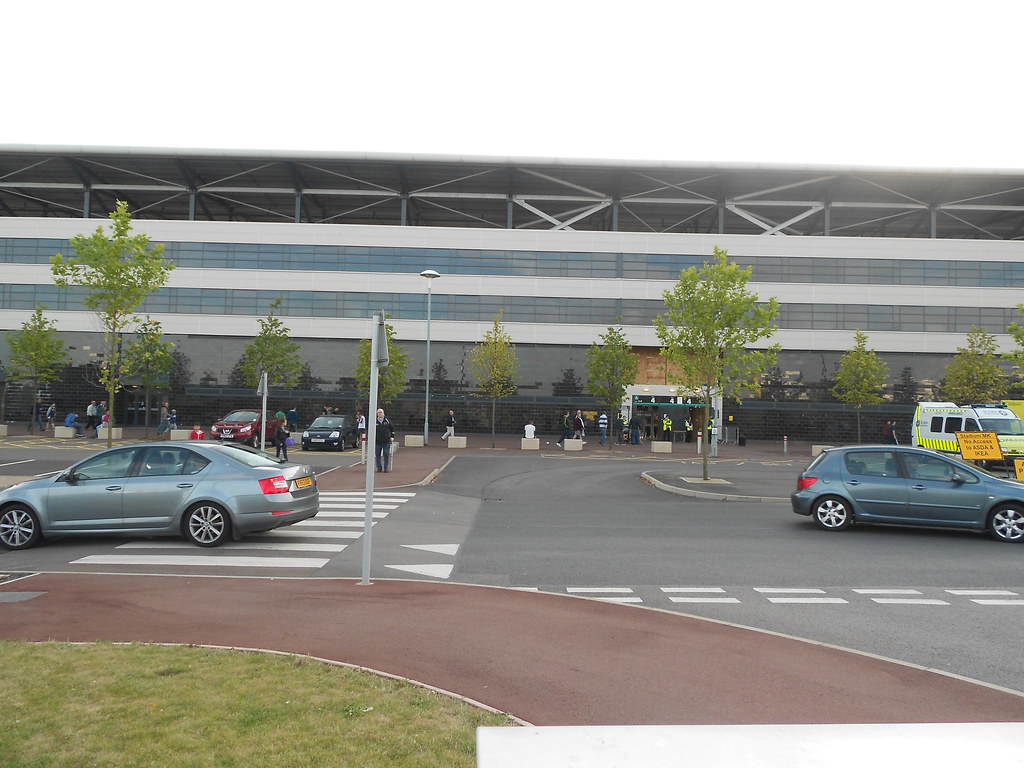 The obscenely dull frontage of Stadium MK against AFC Wimbledon, 2014

The ultimate retail park city...surrounded by the usual, but they were too busy so I chanced the food in the ground. I wouldnt bother, £2.50 for a bacon roll that was smaller than a McDonalds cheeseburger and was fatty as hell! They also only opened one food kiosk in the away end for Wigan’s visit, so you can imagine what the queue was like at half time… 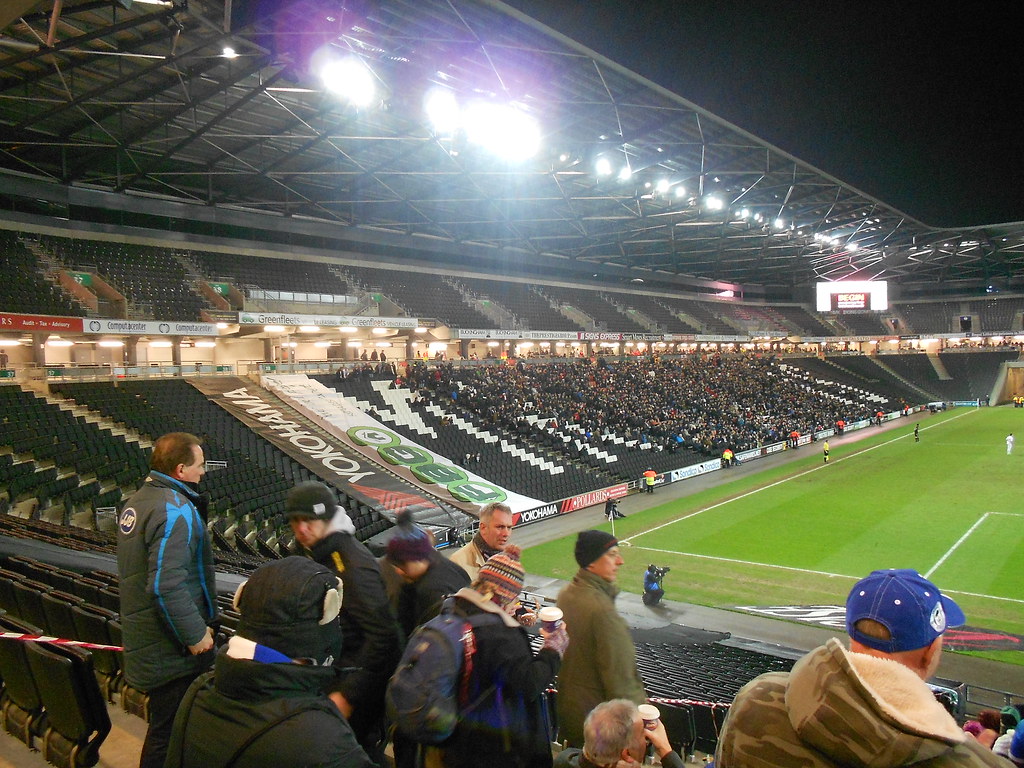 The East Stand against Wigan

I really didnt want to like it…but this is just pure evidence of how good a ground a club can get if they just pay out a bit instead of just building another Shrewsbury on the cheap. Emirates style padded seats, some unique touches such as the weird little overhangs in the Main Stand, concourses where you can see the game similar to Hampden, four big screens (though annoyingly, only the one above the away end had a clock and replays!), the turnstiles are inside under cover, its just fantastic. Only real criticism was that on the outside, the ground has no big frontage with the club’s name or logo on it, though the hotel at the front of the Main Stand gets star billing! So for a passer by, you could be forgiven for thinking the ground was some kind of arena and hotel complex rather than a football ground! 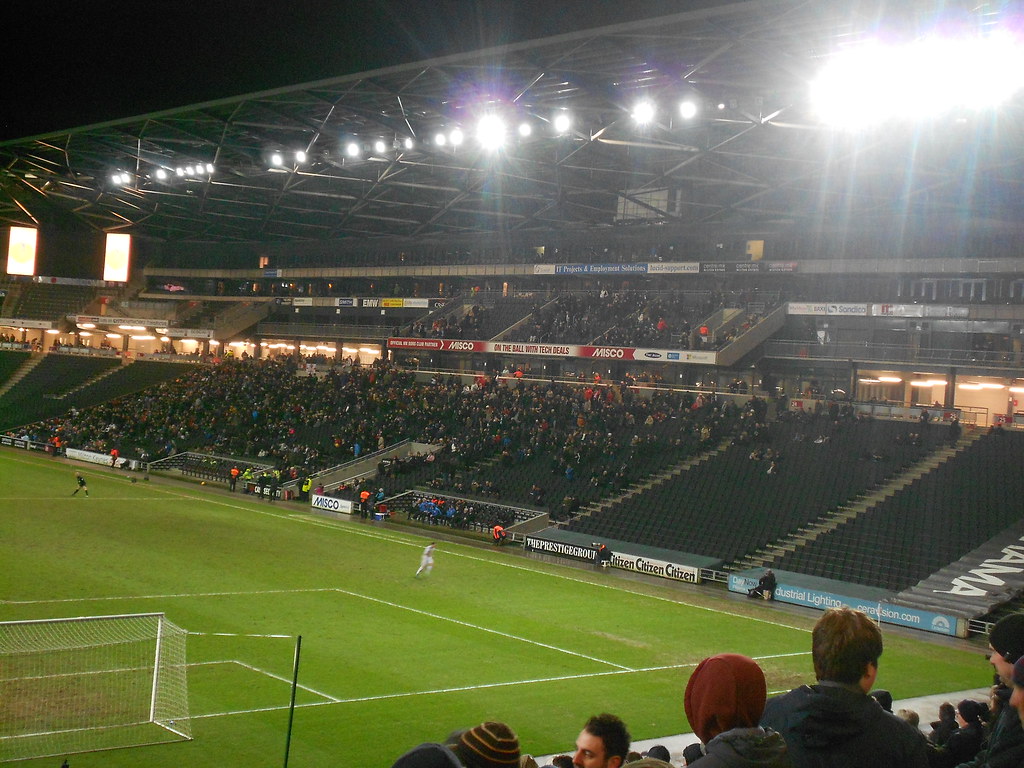 The West Stand vs Wigan

Surprisingly good, given how empty it was. It probably helped that the club closed the corner sections of the ground for this game, so the fans in all four stands were pretty close together rather than being spread out all over the place. 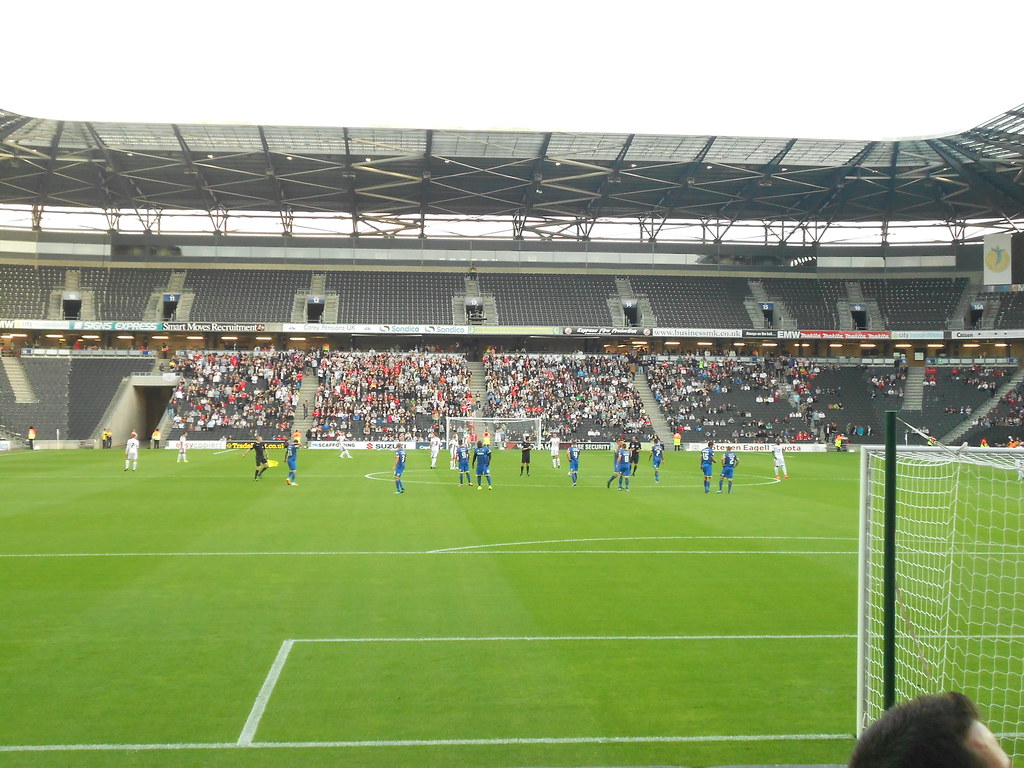 The Cowshed before kick off vs Wimbledon 2014

A pitch invasion after an AFC Wimbledon goal, 2014

I really didnt want to enjoy myself, it was through gritted teeth…but its a fantastic ground for a new build.
Stadium MK Photos
Posted by Unknown at 16:02