One of the best Ive been to. The traffic is murder if you park too close to the ground, but I followed the advice from the club to park at Ladywell tram stop, £1.50 (which was kind of pointless given as nobody checked my ticket!) one stop, about 3 minutes, and then a five minute walk down a straight road to the ground. The trams to the ground are every 15 minutes from Piccadilly station too, so even by train its one of the best. Getting away from the ground after too, its right next to the motorway, I was back on it within about 15 minutes of leaving the ground. 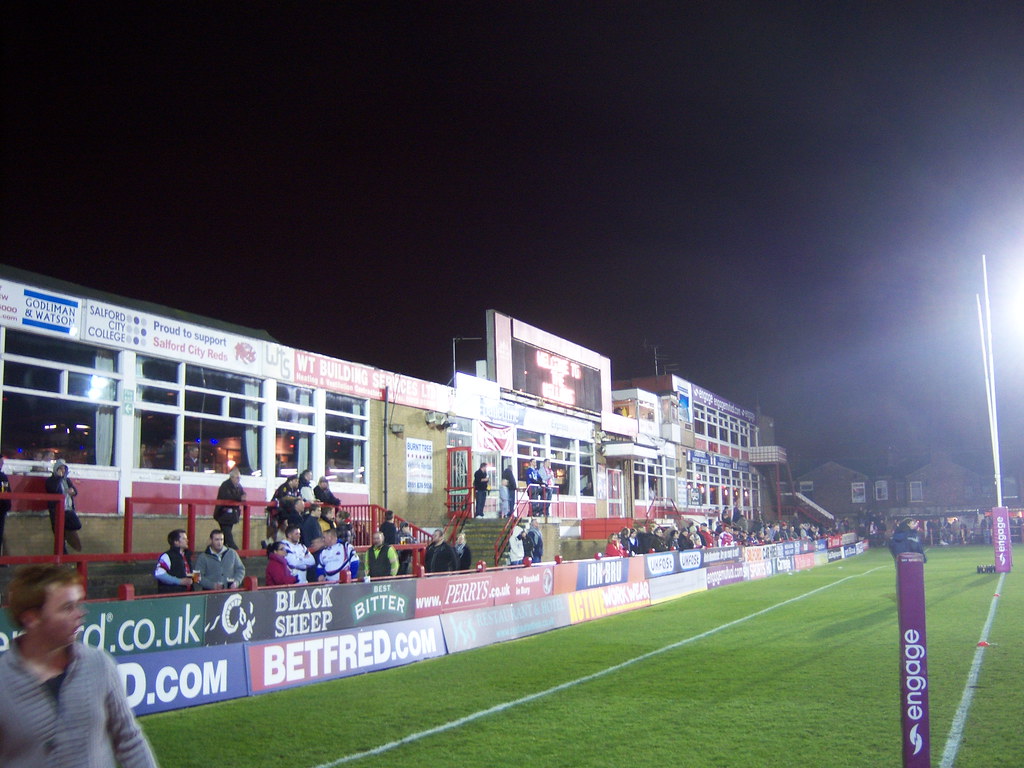 Boxes behind the posts

Plenty of food things inside the ground, and a couple of bars on site as well, but I didnt sample their quality. 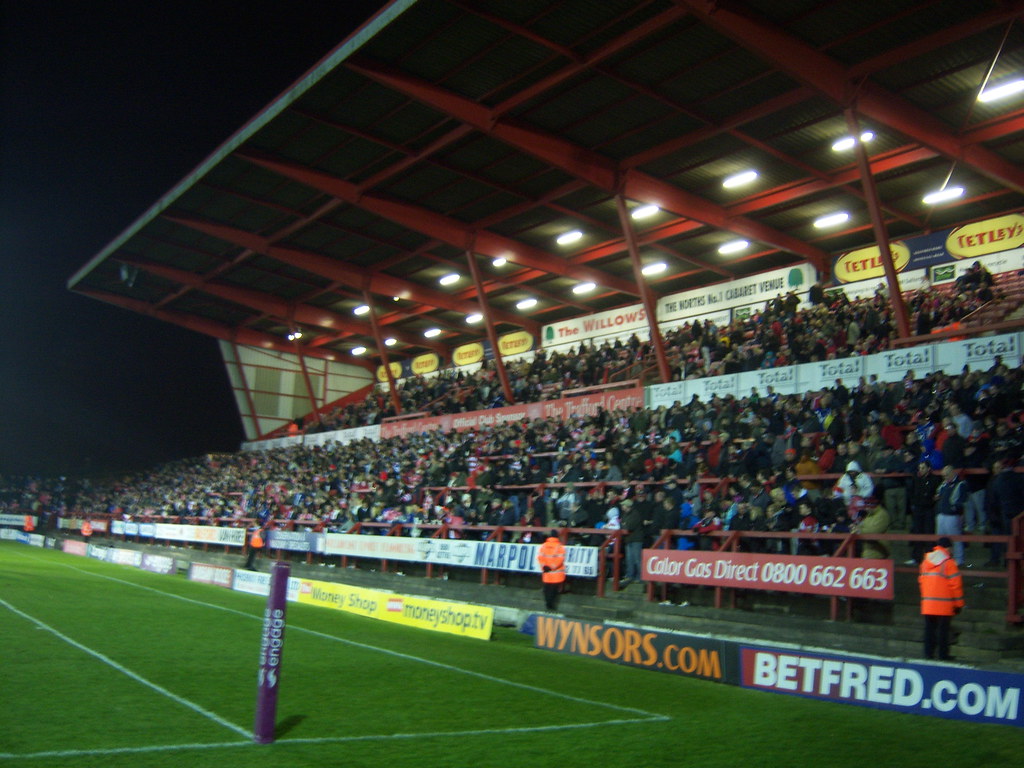 Wigan fans behind the posts

Another in the mould of Headingley and Knowsley Road. As a result, the ground is naturally showing its age of 110 years! Standing on three sides, with a seated Main Stand and seating in the upper of the North Stand, the uncovered end behind the other posts, and the strange situation where to transfer from this end to the Shed,you effectivly have to walk through the player’s tunnel! So if the players are coming through, you have to wait! 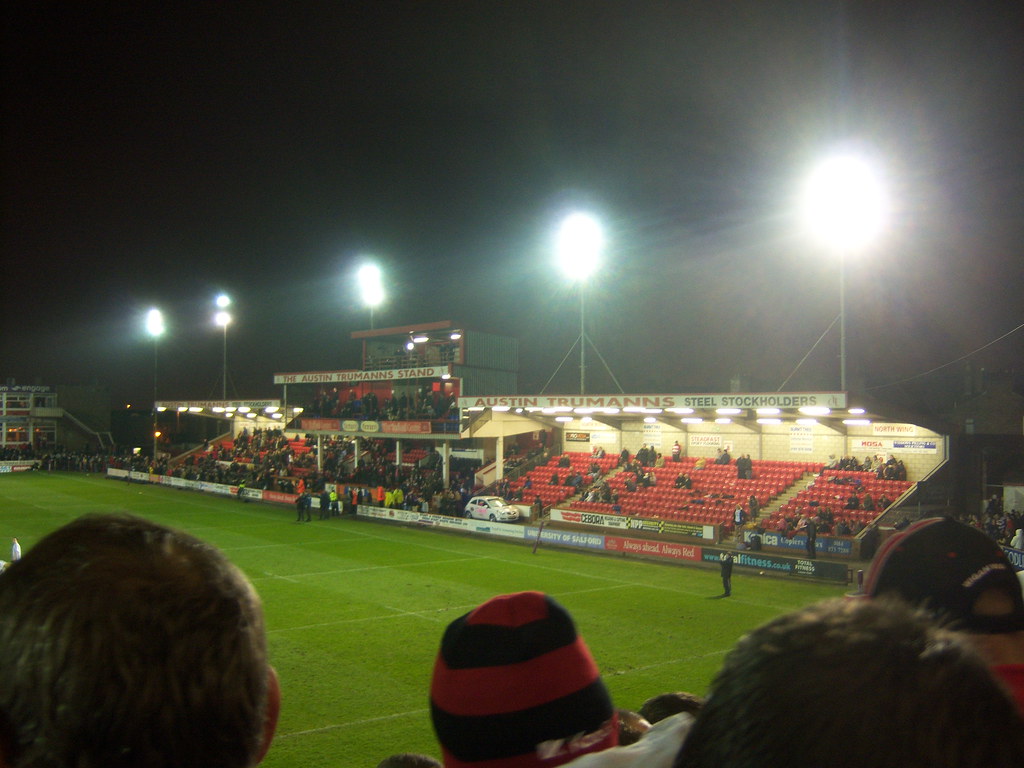 Given that there was a much smaller crowd in attendance than at any other rugby game Ive been to, the atmosphere from the Salford fans was excellent for the most part. The Shed was packed and being an old fashioned stand like that, the noise in there was great when it got going. Wigan were poor for their numbers, though it also seems Salford, like Saints like to take the mick out of the fact Wigan have a drum. “Can you sing without the drum?” 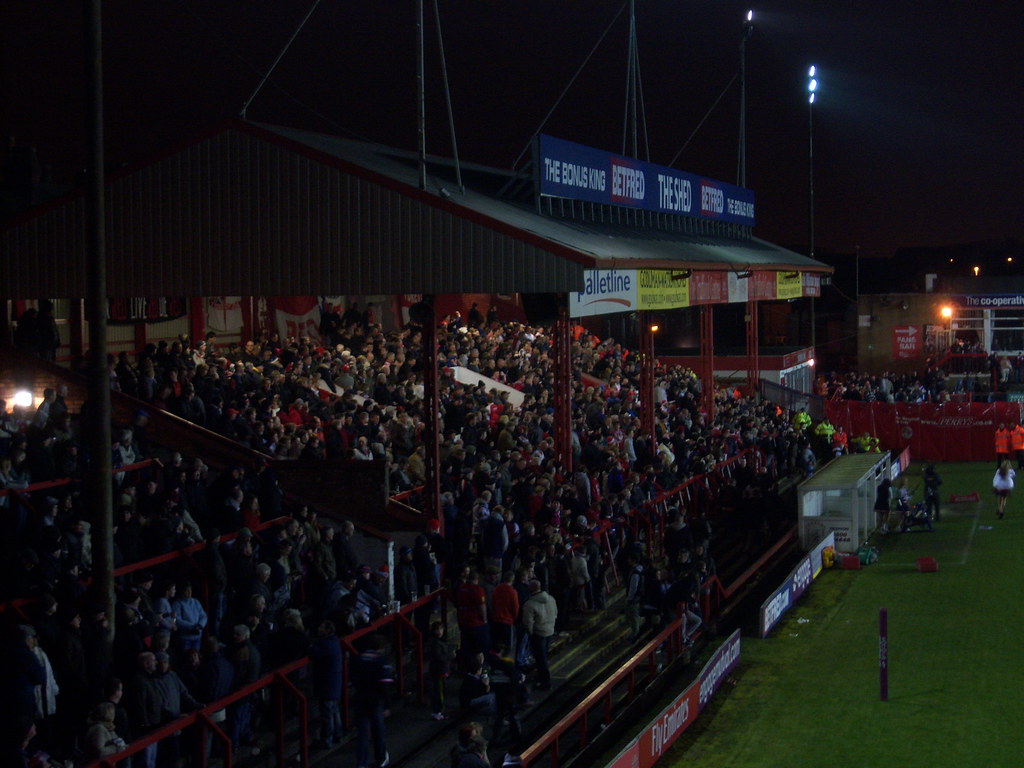 Another of the old school that is now gone. They’re running out! I didnt like it quite as much as Knowsley Road or Headingley, but well worth a visit before it was gone.
The Willows Photos
Posted by Unknown at 11:41