Went by Tube and couldnt be easier, with Leyton Station being about a 10 minute walk straight down High Road Leyton from the ground. 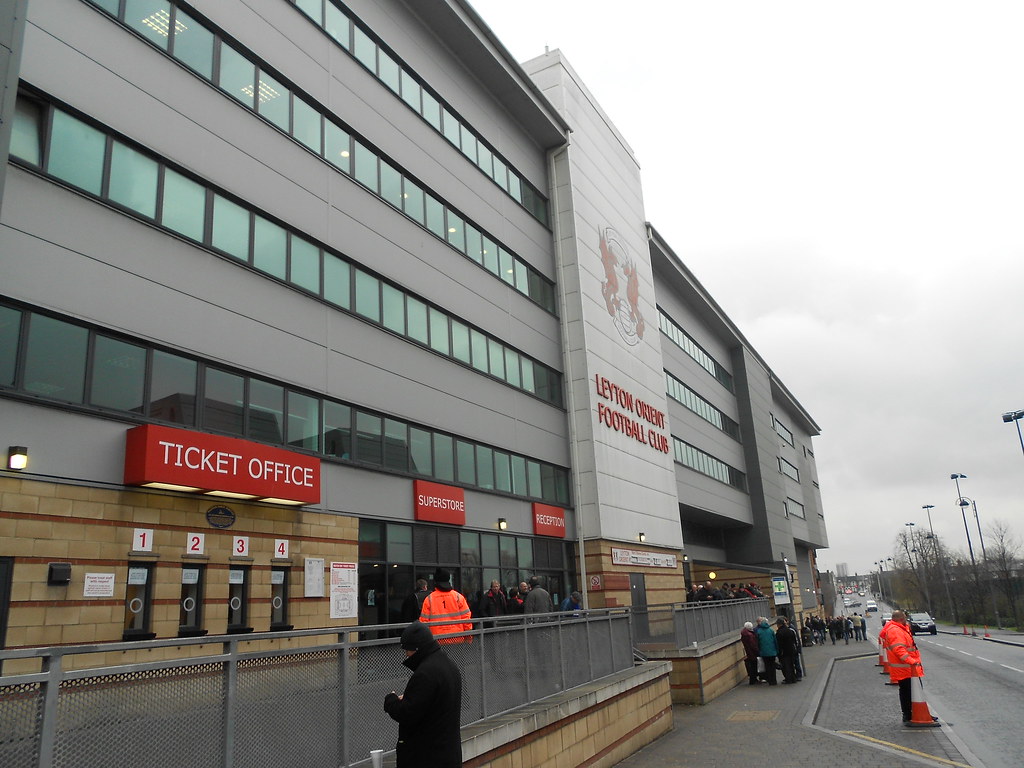 I was going out for my tea straight after the game so I didnt get anything. There was loads of choice on the road from the station to the ground though, and just as good inside. The South Stand has a proper bar inside, it was certainly nice being able to get into a ground nice and early and watch the early TV game with a pint in the warm! A very nice change! The food bit also sold chicken burgers too which I do like, so a shame I wasnt eating as very few grounds do them! 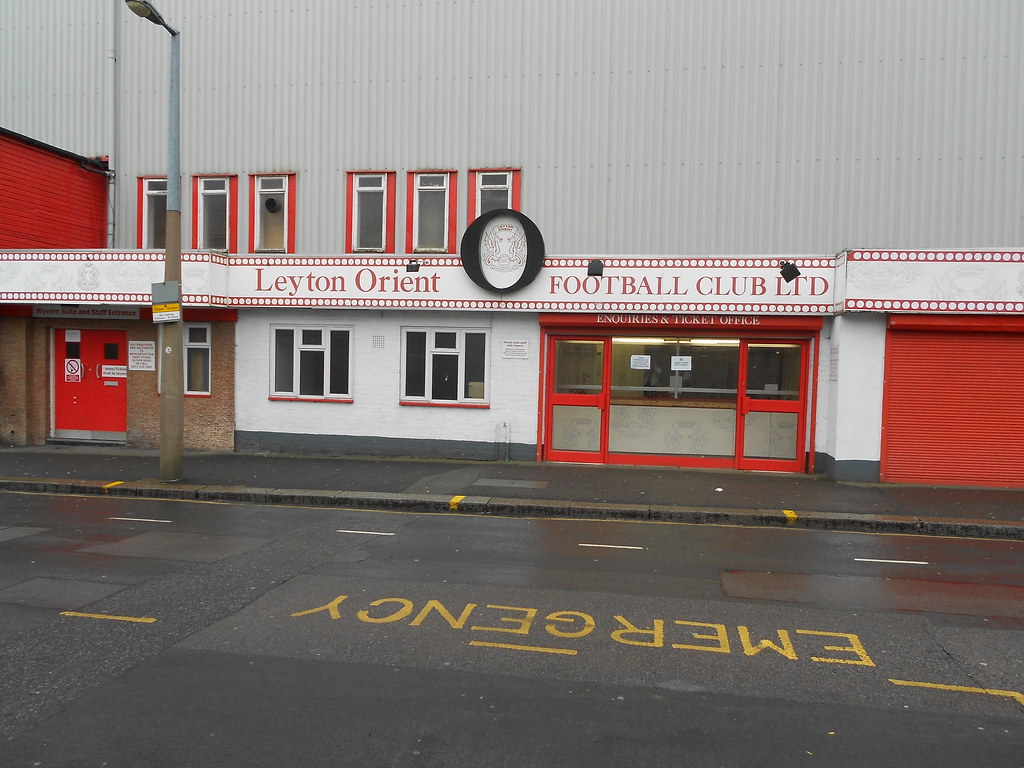 The ground has been extensively redeveloped with three modern stands with flawless views all around, only the old East Stand where the away fans sit is a sign of the old Brisbane Road. What really makes the ground unique though is how the club funded the redevelopment…by selling the land in the corners to developers to build a block of flats in each corner! Needless to say, there were people sitting on their balconies watching the game! 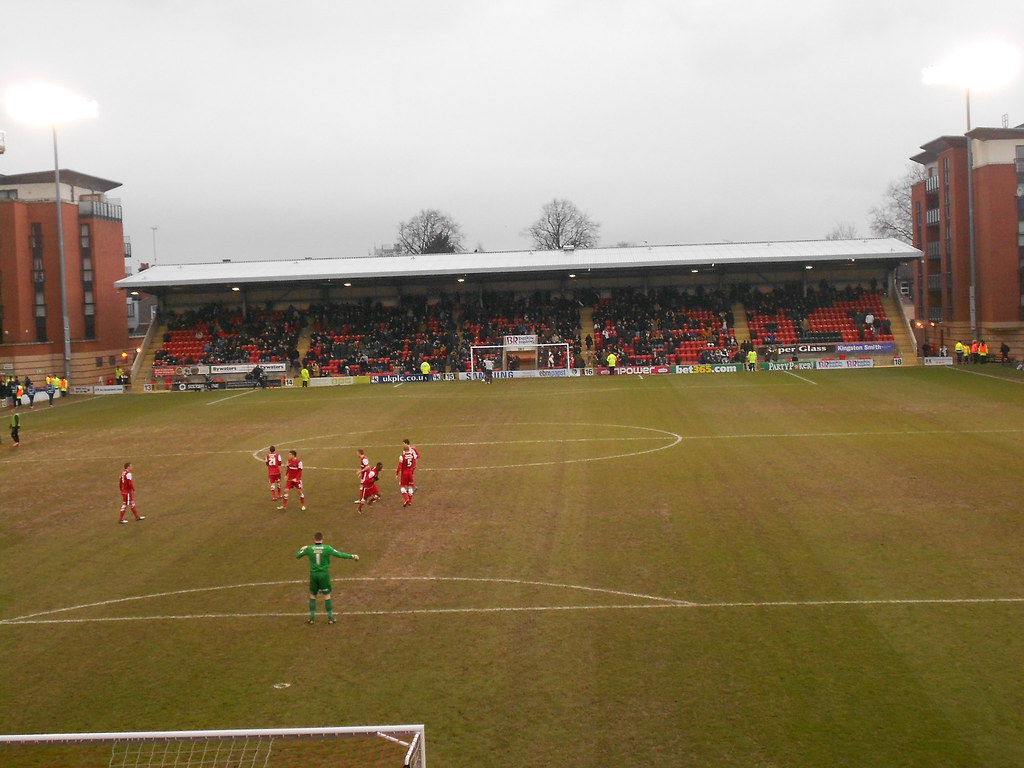 Really good actually. It certainly helped that Tranmere had a healthy following, that Orient scored early on and generally played well, and it was such a tense end to end game. 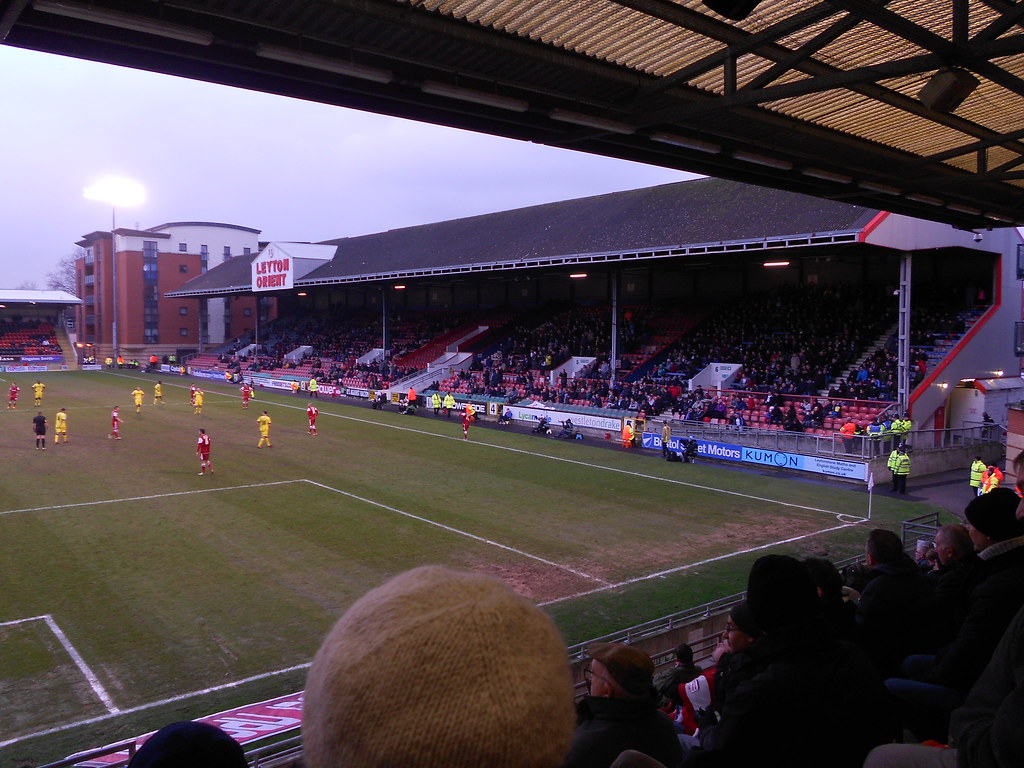 Both sets of fans in the East Stand

The O’s run out to Tijuana Taxi…few grounds can match that, never mind beat it! 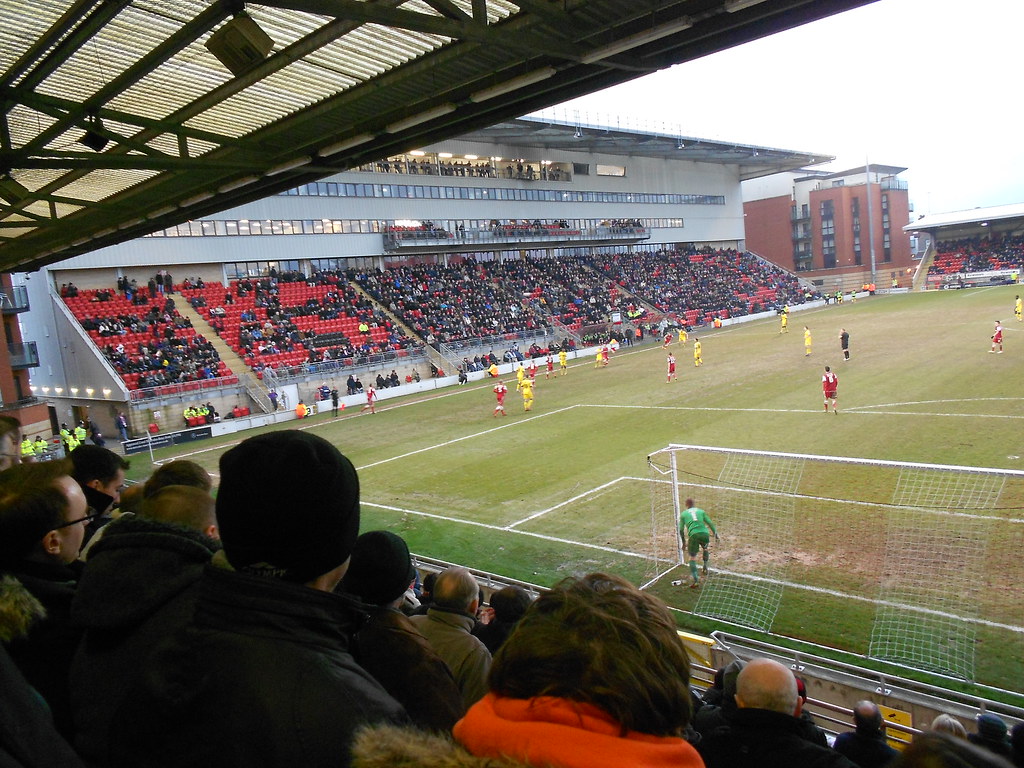 Quality little ground, a genuinely friendly bunch of supporters and a welcoming little ground, which is pretty rare in London! A great day out.
Brisbane Road Photos
Posted by Unknown at 14:55