The only pain about getting to Mansfield is that from the North West, there are about 4 different routes to that part of the country, and its hard to choose which one is best! Went on the A6 towards Buxton and through Chesterfield on the way there, went back the Woodhead Bridge route, fact is, the ground is pretty accessible and well signposted. Parking was good thanks to a tip from Town fans, while you will get fined for parking on the retail parks surrounding the ground, park on the Pizza Hut/ Gym one and its fine! The train station is very close to the ground too, so cant complain at all. 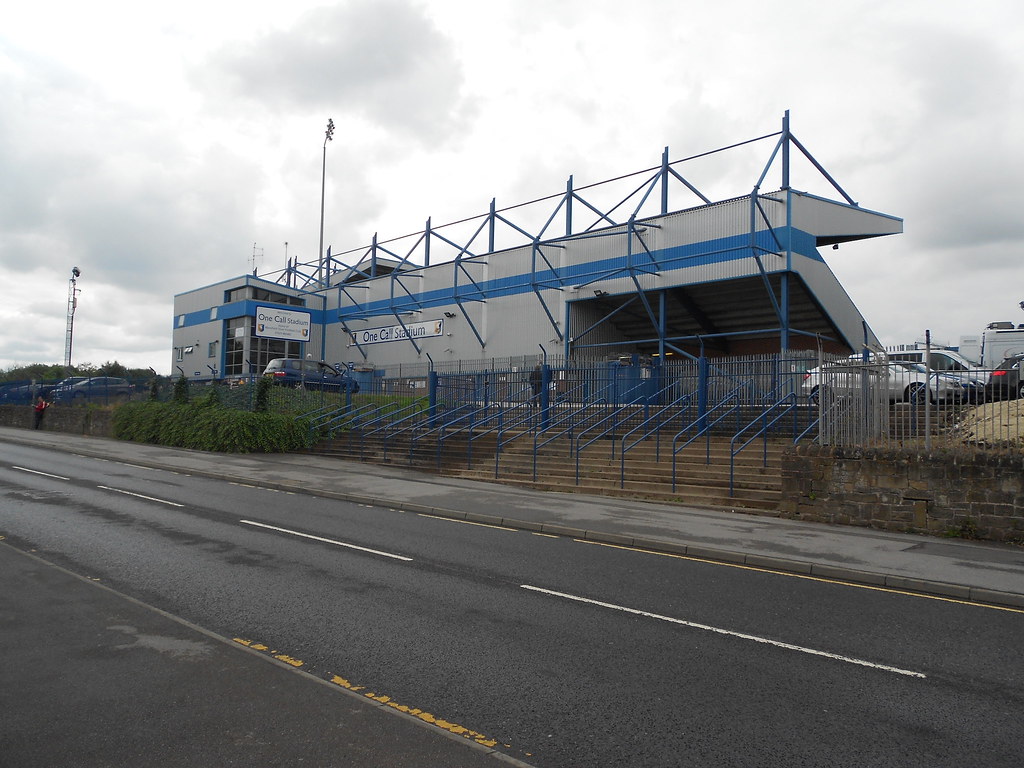 The ground is surrounded by retail parks! Hell, the away turnstiles are in the middle of one! Didnt see much else other than that, but Im told there are a couple of decent pubs within walking distance. The food in the ground is good though, they do my favourite big chicken and mushroom Pukka Pies, and fairly cheap by football ground standards. They sell chips as well, which is always unusual at grounds these days. 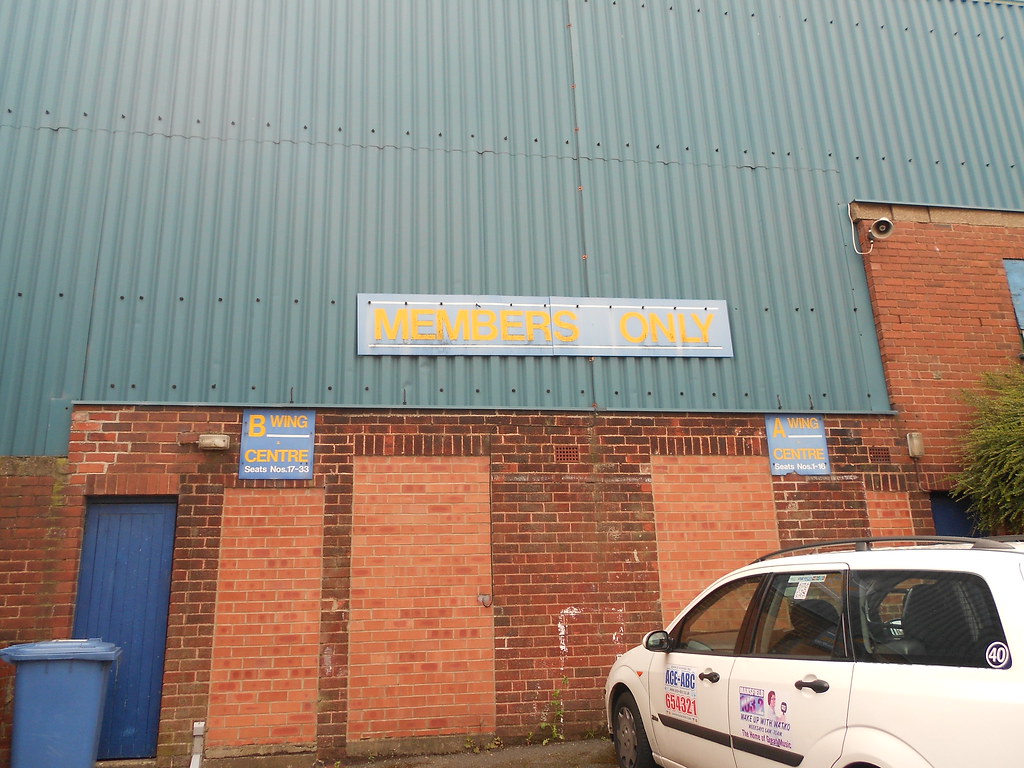 The bricked up old turnstiles outside the old Bishop Street Stand

The ground has been mostly redeveloped, with three very modern stands with perfect views, two smallish single tier stands behind the two goals, and the big two tiered Ian Greaves Stand. The Bishop Street Stand opposite has been condemned however and is all blocked off. Given how hemmed in it is behind, I imagine it would take a hell of a lot of work to redevelop that side. 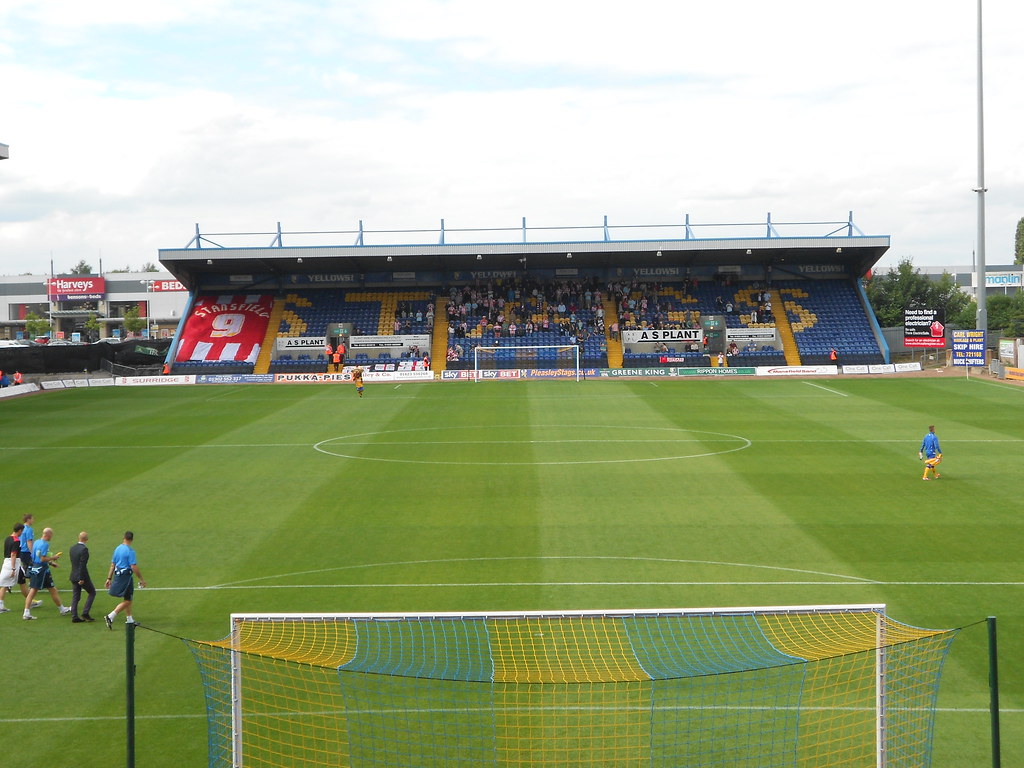 Pretty poor first half, but much better second. Could hear the Exeter fans too, so it seems the two ends are both good acoustically too, which always helps. 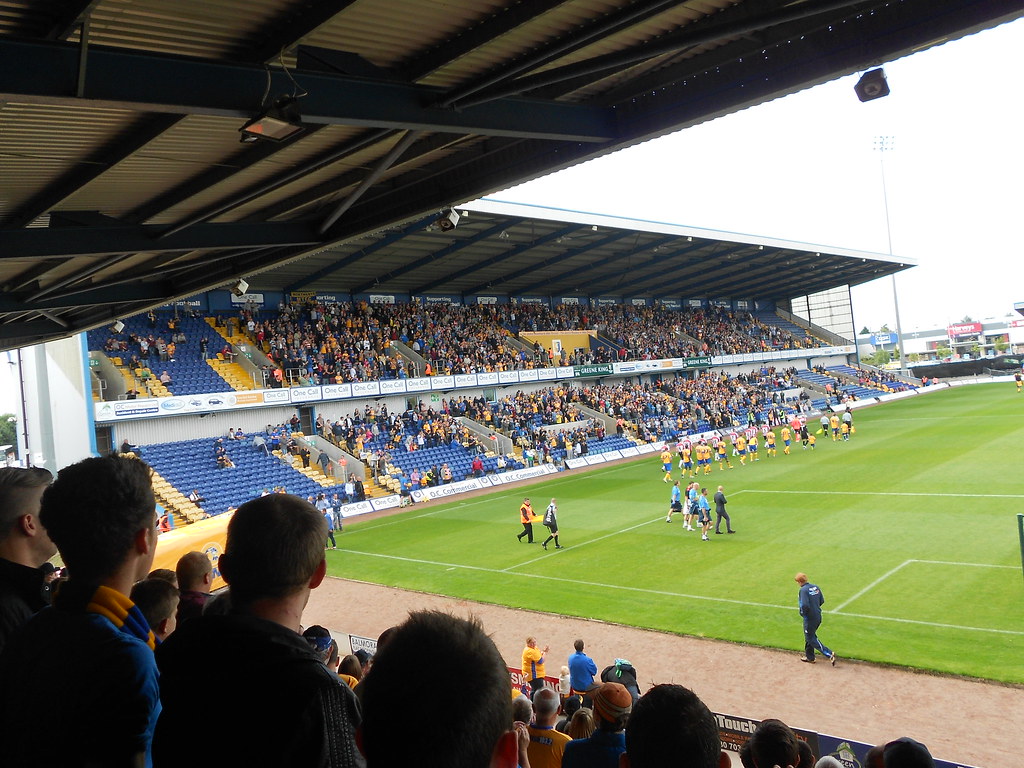 The Mansfield Supporter’s Association comically sponsors the hole in the roof of the Bishop Street Stand! 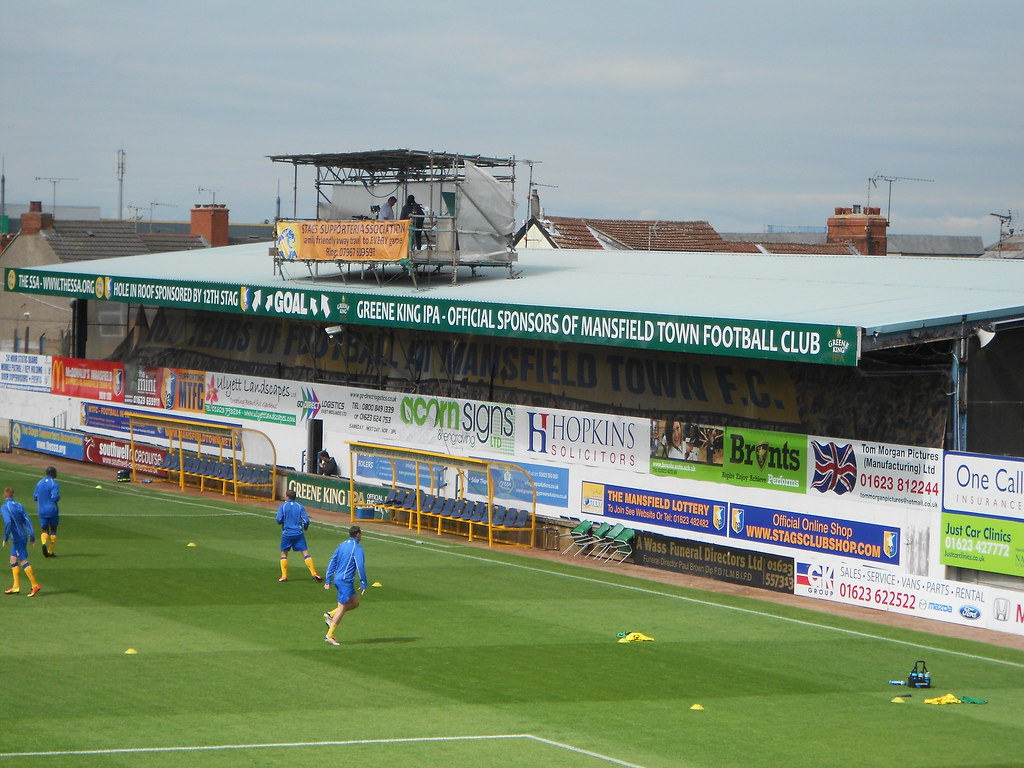 Nothing to really write home about, but then its not that bad either.
Field Mill Photos
Posted by Unknown at 15:28