The ground is not far from Altrincham tram station, so very accessible. I drove and it's all street parking. Worth keeping an eye on the permit holder only bays in the streets near the ground, as some  of them are only valid on weekdays. 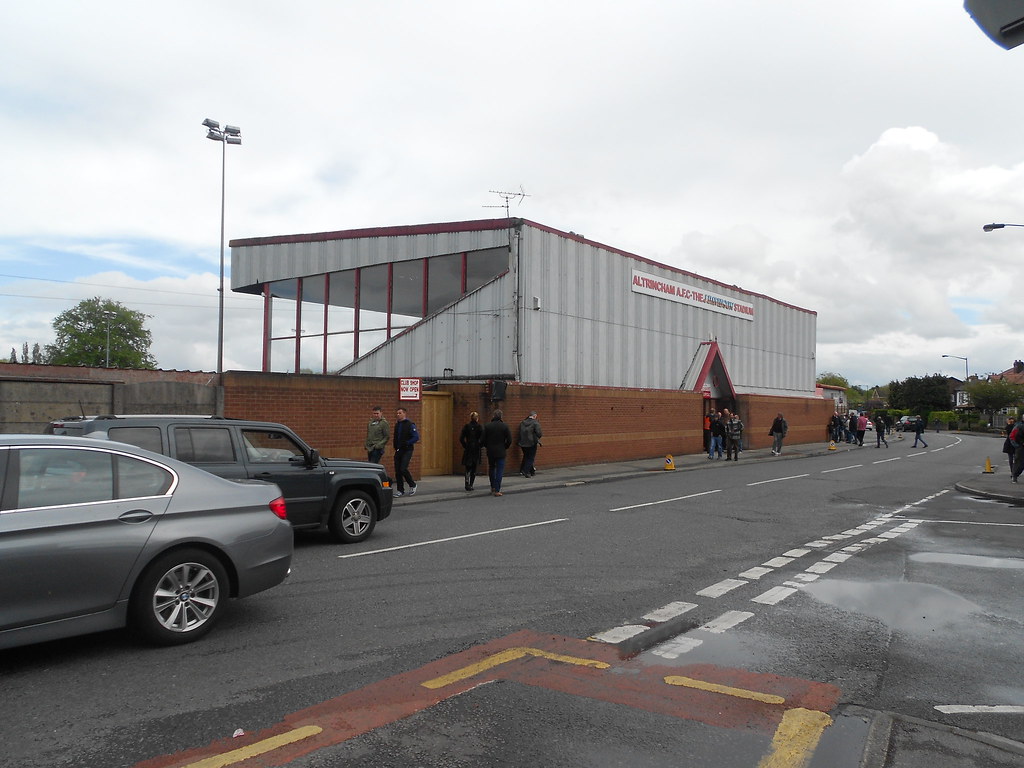 Like all non league clubs, there is the clubhouse. Due to segregation for the play off final the day I went, away fans were not allowed access, but the club did have a deal with a big pub just a few minutes walk from the away end to allow away fans in instead so that was okay. The pies are very good, so definitely worth waiting until you get inside! If you dont want to wait that long, there is a chippy opposite the Main Stand too. 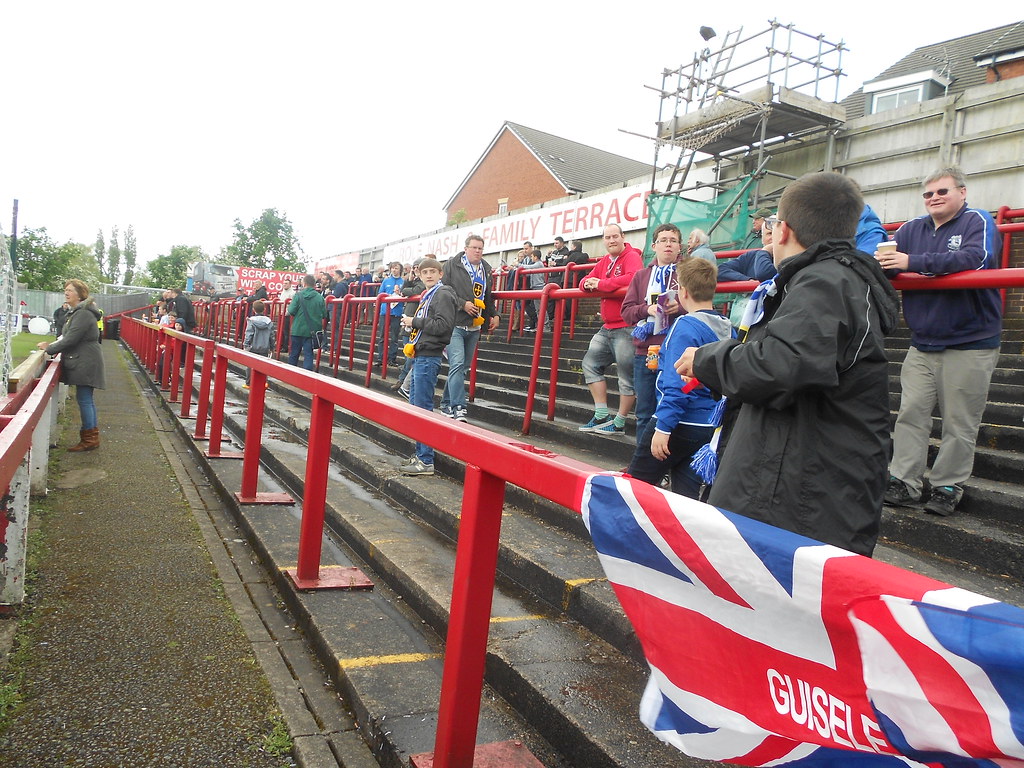 Guiseley fans in the Hale End

Classic little non league ground, the seated Main Stand covers about two thirds of one side, with the rest of the ground standing. Away fans have the luxury of the uncovered Hale End (definitely a bad thing on the day I went when frequent torrential showers was the order of the day...) while home fans have cover in the Popular Side and Golf Road End. 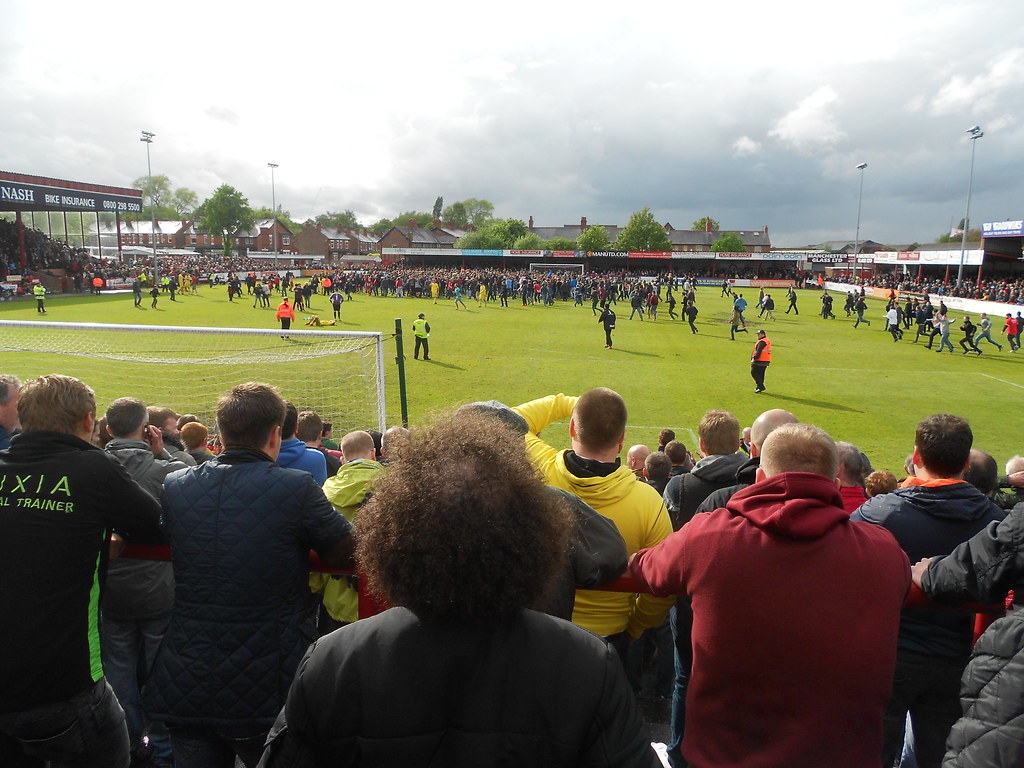 It was Altrincham's biggest crowd in 32 years, and a promotion final, so naturally, it was relentless from both sets of fans. Cant imagine its that good all the time! 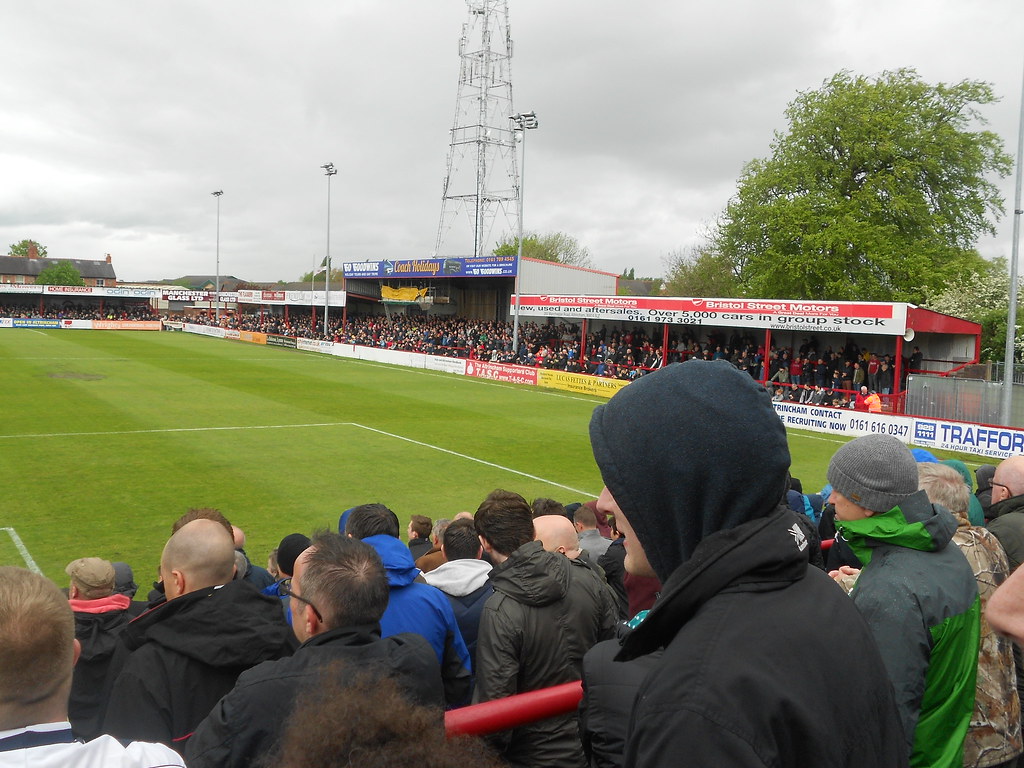 The winning goal in this game was one of the most incredible moments Ive seen in football. Extra time had been played out virtually without incident because both sets of players were absolutely dead on their feet, and penalties looked inevitable. So as the board went up to signal the added time, Altrincham made a sub, I presume to waste time or a specialist penalty taker. But as play resumed, both Guiseley defenders left the ball for each other, Altrincham's striker ran through one on one but the keeper saved...and the loose ball rolled right to the feet of the sub to score with his first touch within seconds and win promotion. Heartbreaking stuff. 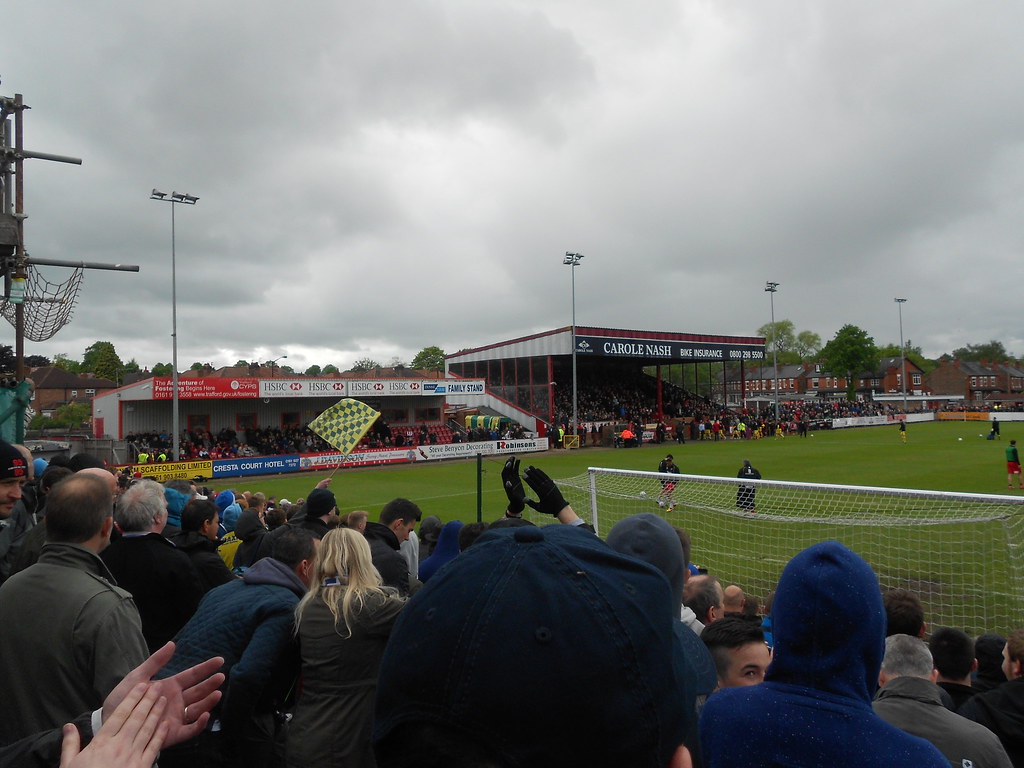