Took two different routes. We took the mid Wales A road route on the way there, and the M4/5/6 on the way back. Both routes about the same time, but the mid Wales route much shorter, and definitely more interesting if you like driving on twisty turny roads in the middle of the wilderness with sheep and horses running loose on them! We were recommended parking at Landore Social Club just off Neath Road near the ground for £4, and it was spot on. Quick getting out and rejoining the traffic (though the only downside is that there is really only one route out of the city so the traffic gets quite busy after the game) 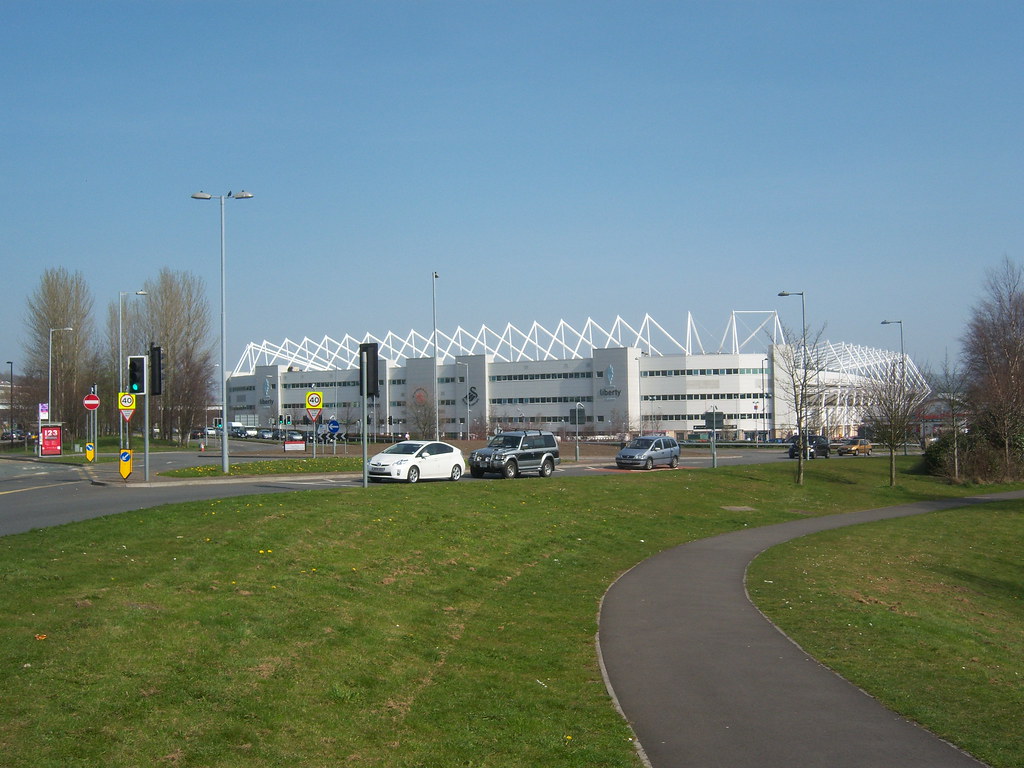 Another plus of parking at Landore Social Club…we could get a drink! Wasnt too packed, the drinks were ice cold (ideal on a hot day like this was!) and they did food as well! Is there any more welcoming situation at an away ground where we could be the only two travelling fans in a bar, watching the early game on telly, ice cold drinks in hand, and stuffing our faces with curry?
The ground is also on a retail park so has the usual Harvester (which was absolutely heaving outside with it being such a nice day!), Frankie & Benny’s, Pizza Hut, KFC and the like. Never tried the food in the ground being full of curry and all! 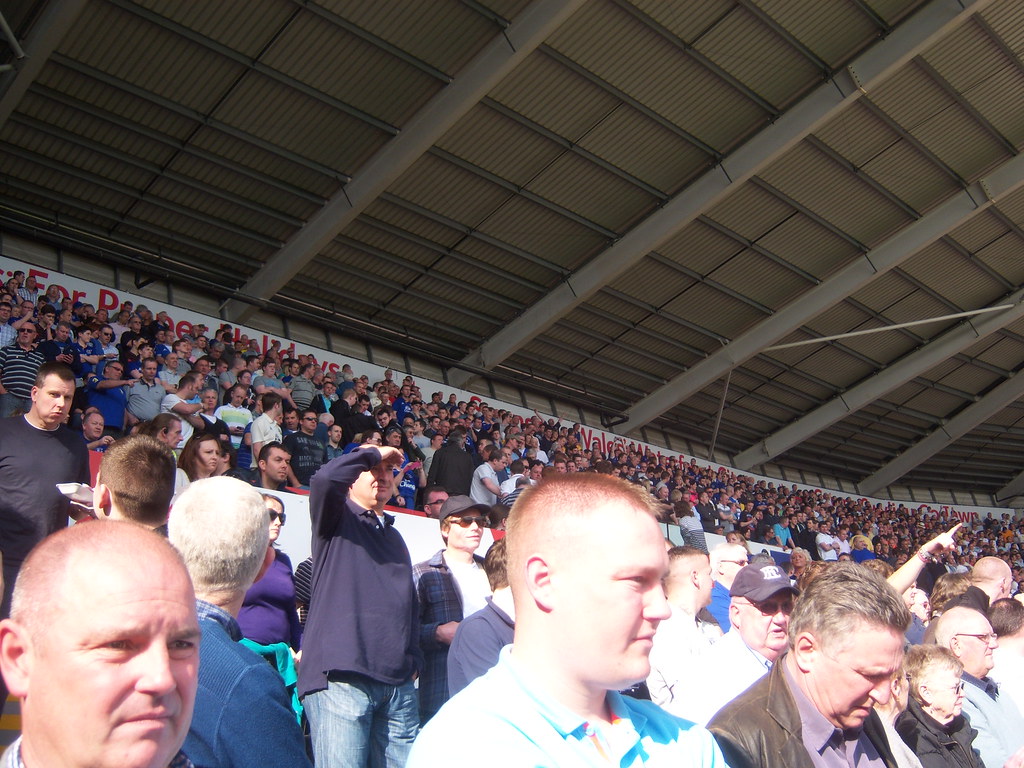 Apart from not having enough toilets, one of the best designed new grounds Ive been to, if not the best. The concourse is big and roomy with tellies showing the early game, the police and stewards are friendly and leave us to ourselves, there is a lift up to the walkway for disabled fans, and that walkway between the upper and lower tier is huge, so loads of room for wheelchairs without there being any crowding. The ground has a uniform design of upper and lower in each stand, with the big walkway in between, very well designed ground. 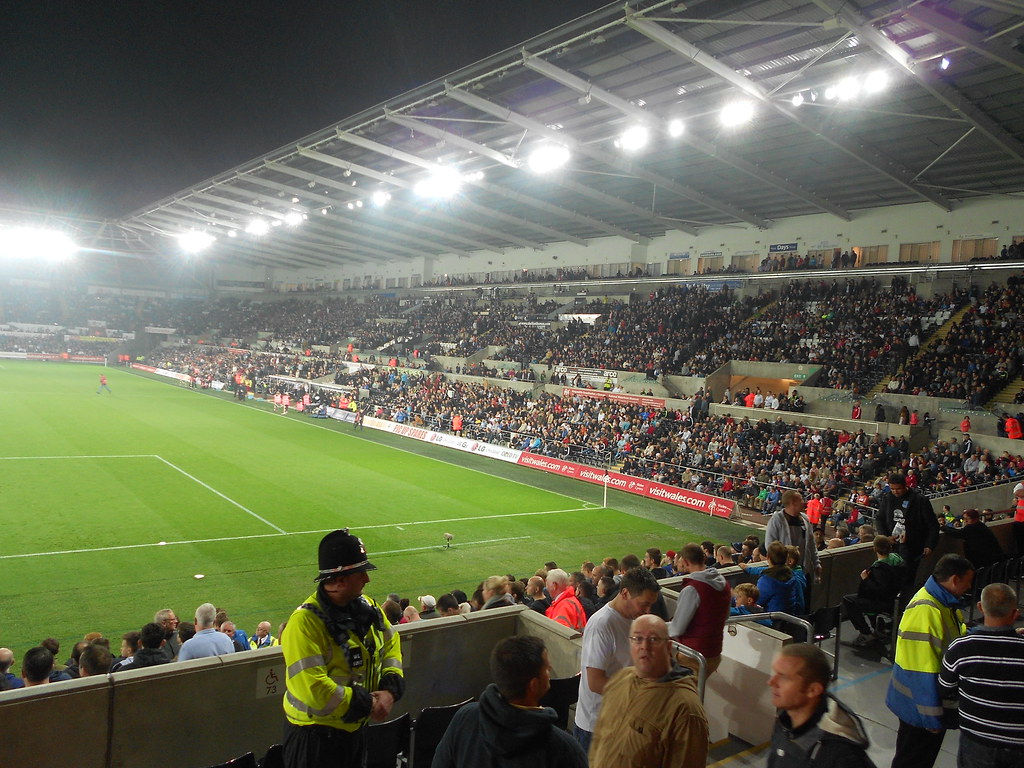 The atmosphere from the Swansea fans was outstanding in the first half, as good as Ive heard in the Premier League. They were pretty stunned once we took the lead though and quietened down while we understandably found our voices. Excellent in general though. 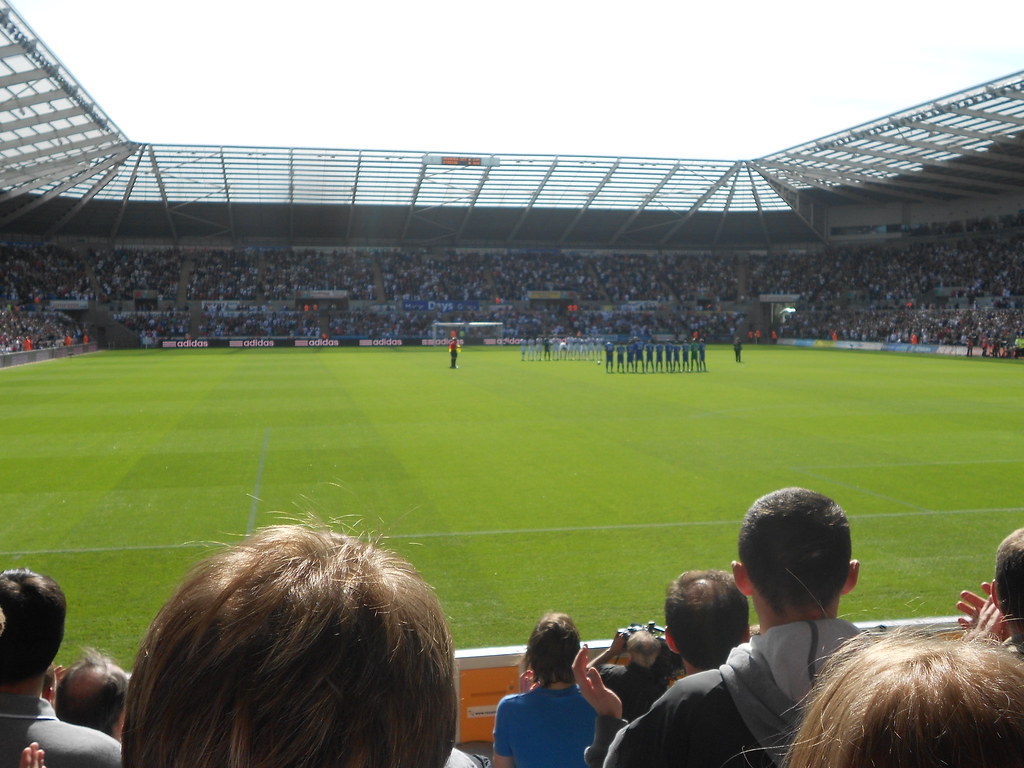 There is a statue of Swansea legend Ivor Allchurch outside the ground. That and a strange bust of Robbie James. 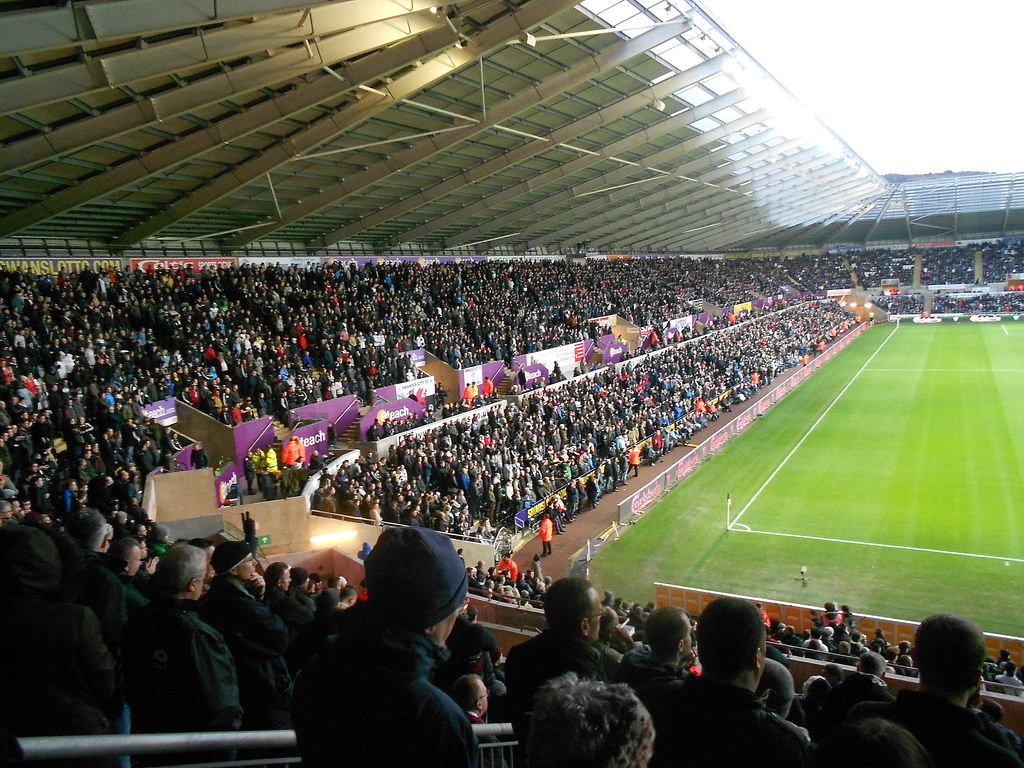 Friendly welcoming fans, great atmosphere, great facilities, good food. Away day perfection. It was a perfect day even before we won the game!
Liberty Stadium Photos
Posted by Unknown at 13:46