The ground is pretty much on the outskirts, just off the M40, so driving looks good! The ground has a big car park on site, but there are lots of places on the industrial estate leading to the ground that are much easier getting out, and mostly slightly cheaper too. 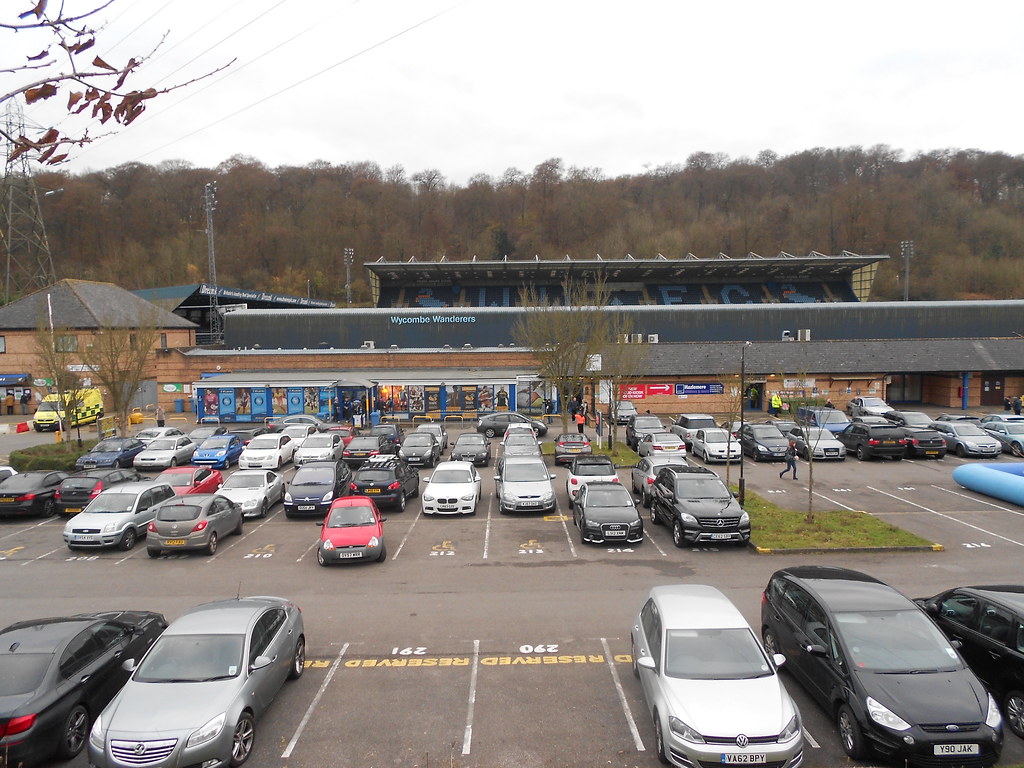 Ground exterior from up on the hill

As said, the ground is pretty isolated, so very little if anything near the ground. The pies are lush though, so could be worse! 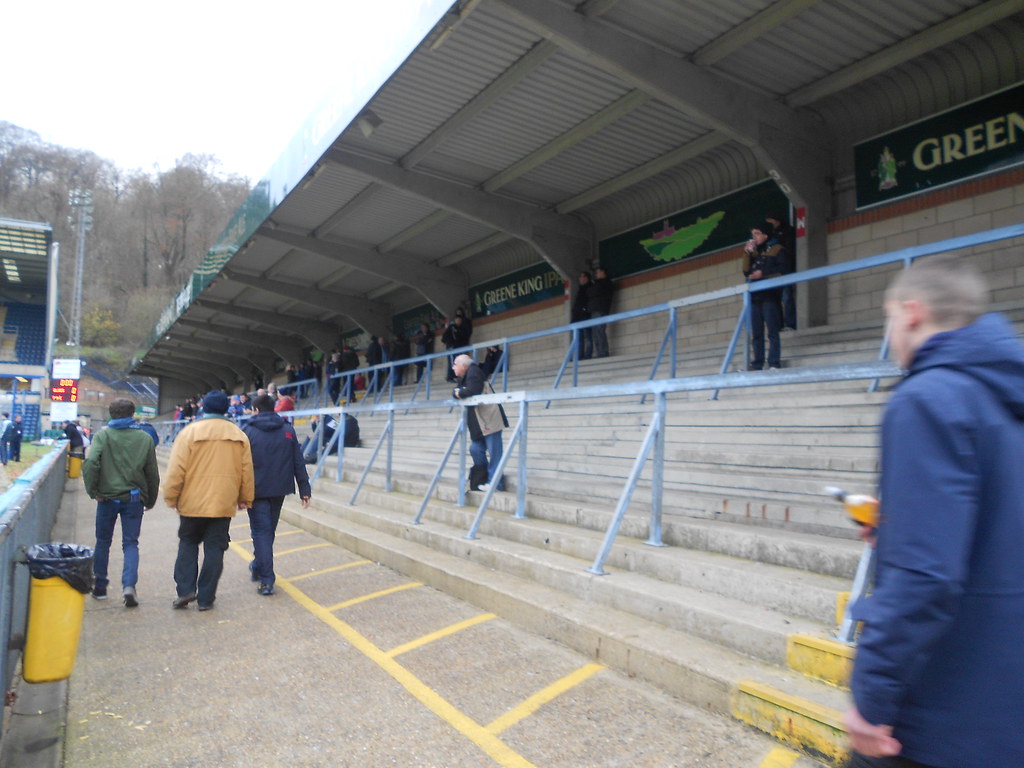 Great ground to look at, something you hardly ever see any more with 4 totally different stands! Worth noting too that there isnt an obstructed view in the place! The away fans get probably the dullest stand with a simple all seated single tier, while the home end opposite get a pretty decent terrace. Down the sides is the big two tiered Frank Adams Stand, while in contrast, the weird little raised Main Stand completes a pretty unique ground! 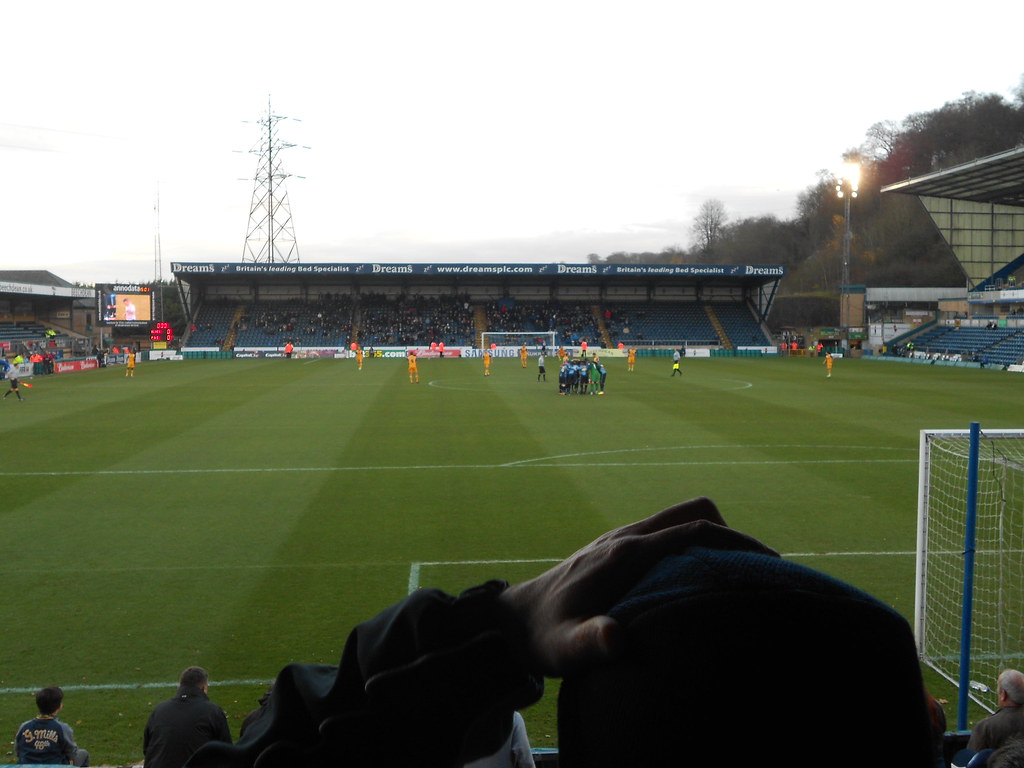 Preston fans in the Dreams Stand

They have a drummer, notice a pattern? It was really disappointing like a lot of grounds with a drummer, bang bang bang drowning out any singing, and the second the drummer stopped, everybody just shut up! Never heard a thing from the Preston fans all day. 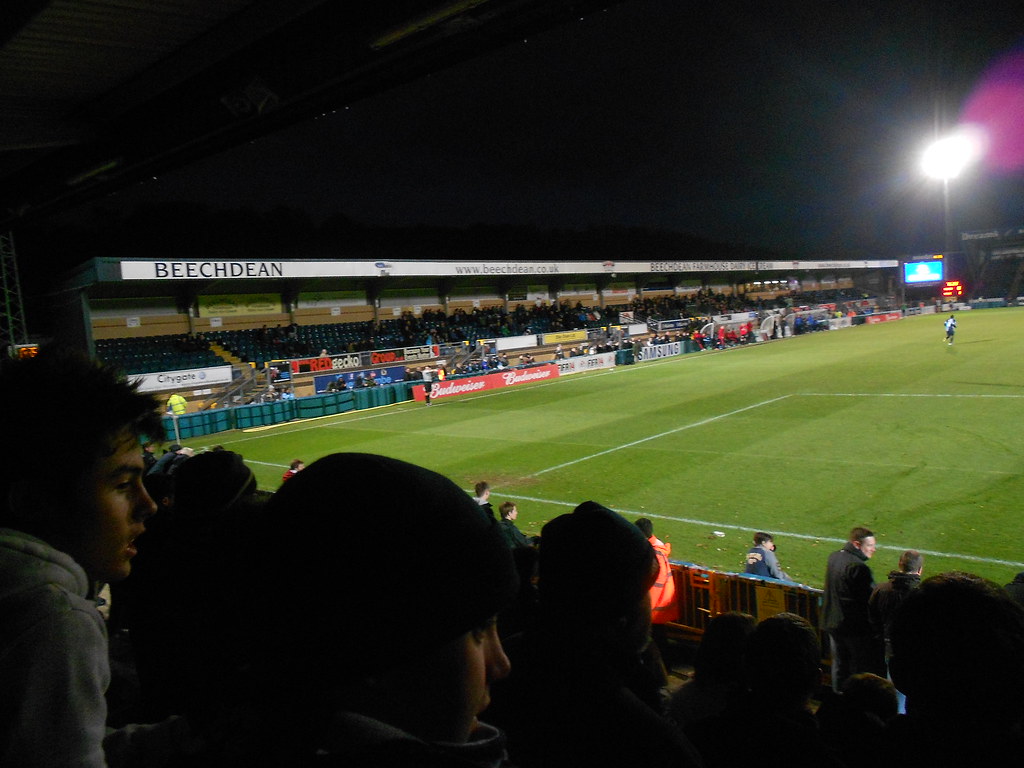 A nice touch at the ground was the old gates from Wycombe’s former home Loakes Park still in use on the car park. 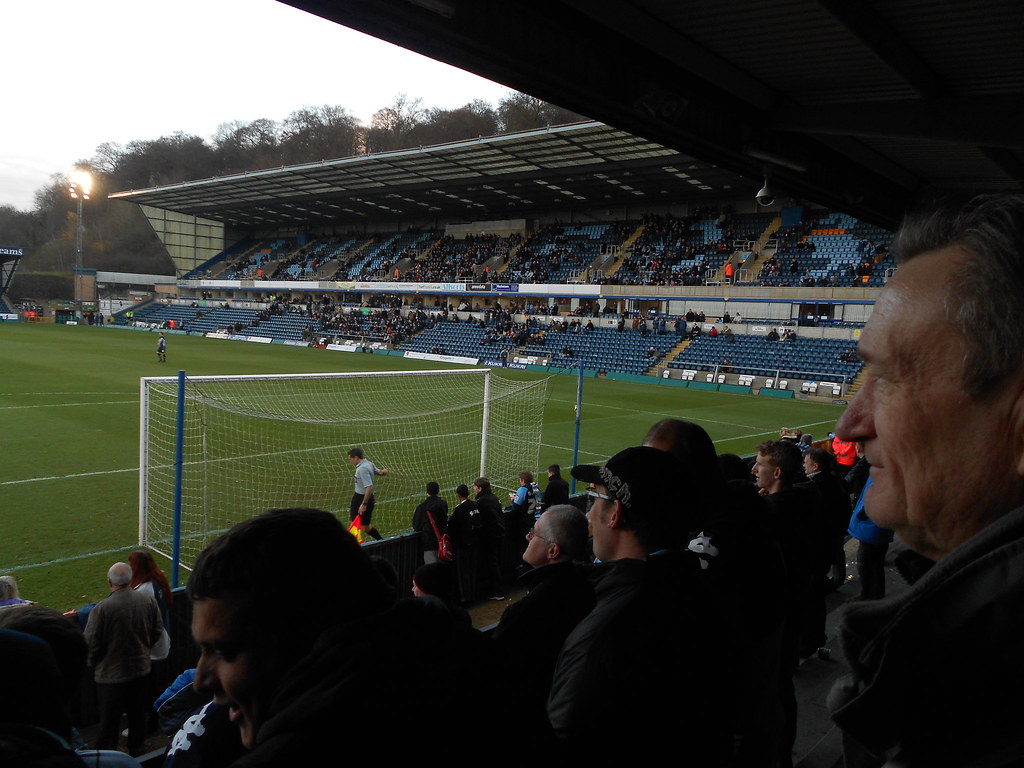 Fantastic ground to look, but generally lacking as an overall away day experience.
Adams Park Photos
Posted by Unknown at 15:59