I was staying with family in Reading, and it must be said, its a lovely drive from there! All A roads, through little back in time villages like Henley and Wargrave and Nettlebed! Sadly, it disappoints once you reach Oxford…or rather as you dont, as the ground is so much on the outskirts, you dont even see Oxford. Just industrial estates, a science park, and the retail park…oh and half a stadium. Parking at the ground is all free, but thats where the good news ends. Disorganised, blokes standing around in luminous jackets but never giving you any indication of where to go, so its every man for himself…on a acr park that doubles up for the retail park so on a nice day like this, was full of kids going to the cinema or the party place, and with just one road in and out, it took an eternity just to move. New ground hell.

Ground exterior from behind the open end

I didnt get anything to eat as Id eaten before I left, but it didnt look any better than the usual at most grounds. Couple of burger vans, and a tent set up on the car park was about it. Did I already say new ground hell? 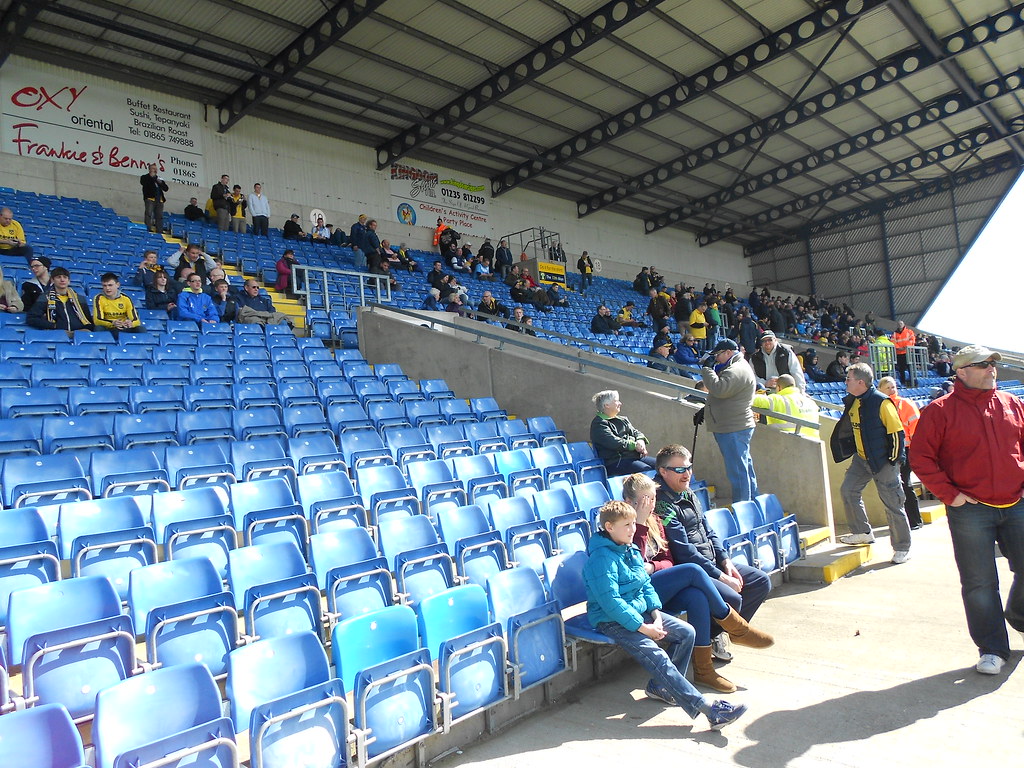 Oxford fans in the East Stand before kick off

Its got three sides…what is that about? Okay, not the first three sided ground Ive ever been to, but its kind of acceptable in cases like Aldershot (ex non league, and the open end of the ground at least looks like something, plus they’ve now actually put a stand there) and Oldham (who got a bit ahead of themselves knocking down a stand before they decided to replace it!) but to build a brand new modern stadium…with three sides…seriously? It kills the place. You sit behind the goal in the East Stand, and look out at the cinema…just means the rest of the place is an utter waste. 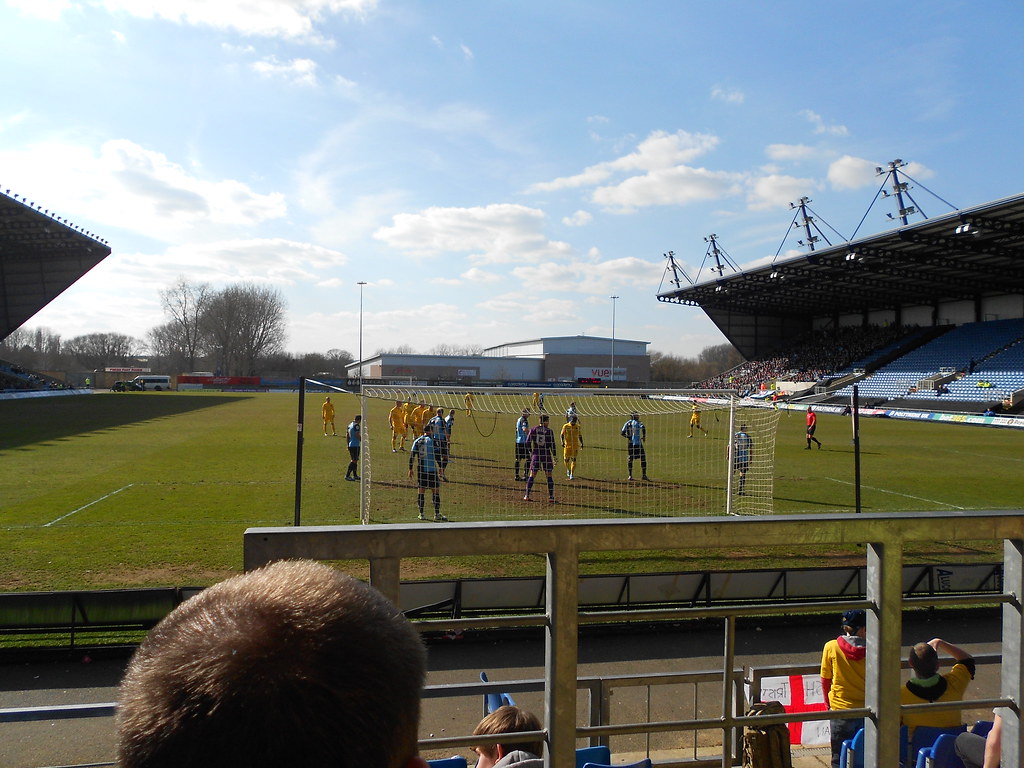 The open end, and Wycombe fans in the corner of the North Stand

It was really good in the first 10 minutes or so, there were a lot of Oxford fans standing at the back of the East Stand and really giving it some, but once Wycombe led, and Oxford put in one of the worst displays I think Ive ever seen in a groundhop, they werent so sprightly, and in fact turned on the manager at the end, and started chanting for him to be sacked! In other words, seems like theres potential there, but this was a very bad day for them. Wycombe had good numbers for a fairly local game and a big win in the end with them fighting relegation, so they were understandably pretty noisy. 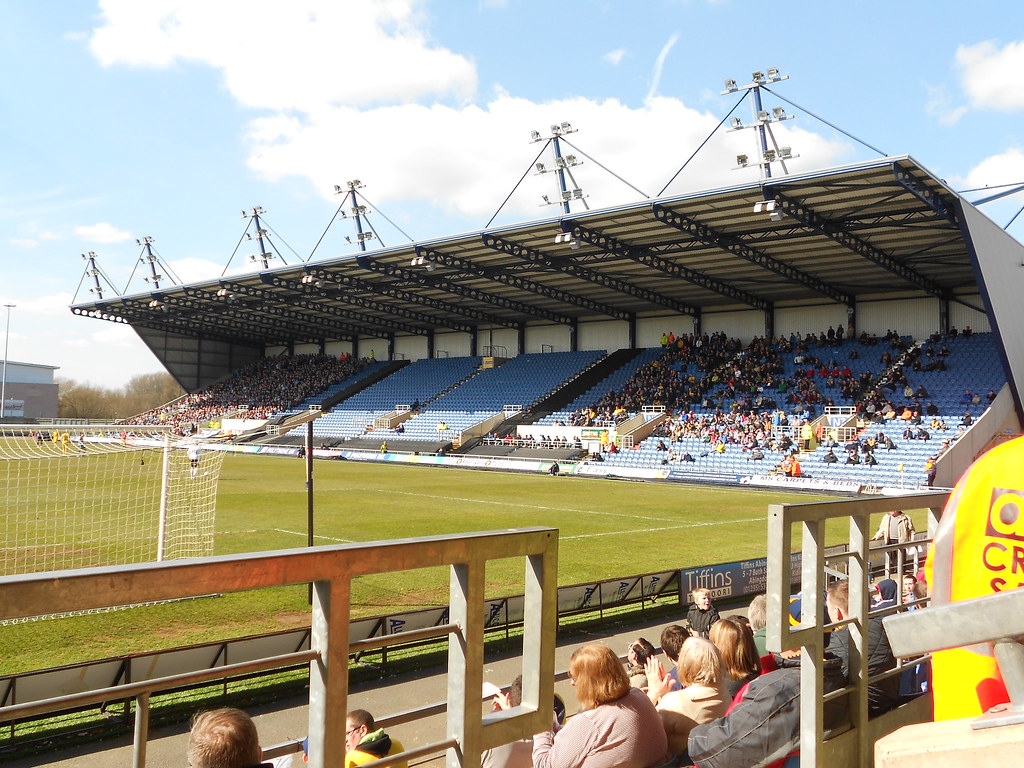 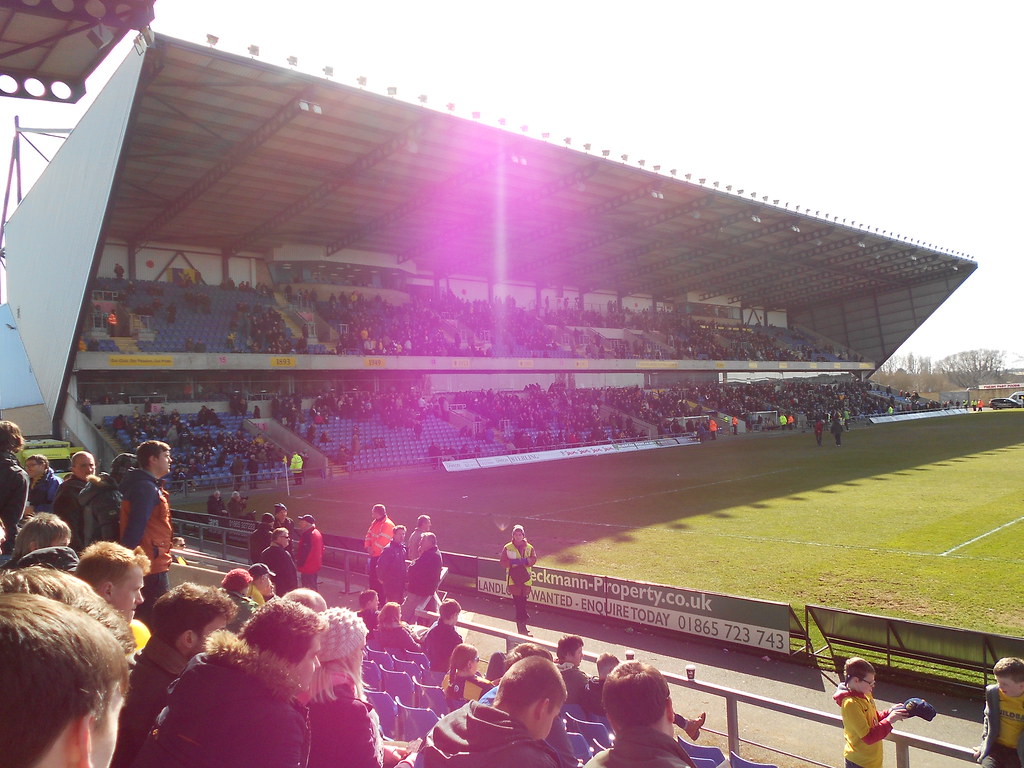 Not somewhere Id want to go again. Everything I dont like. Retail park city, you dont touch the city, and its got three bloody sides!
Kassam Stadium Photos
Posted by Unknown at 15:05