Despite the ground being so close to the town centre, there is a lot of available parking, and even the usual city centre parking has a lot of deals on for matchdays. I parked on a little car park on Ranelagh Road near the station, and it only cost £3 for the whole day on matchdays, and only a few minutes walk to the ground, and easy getting out after. Couldnt be better. 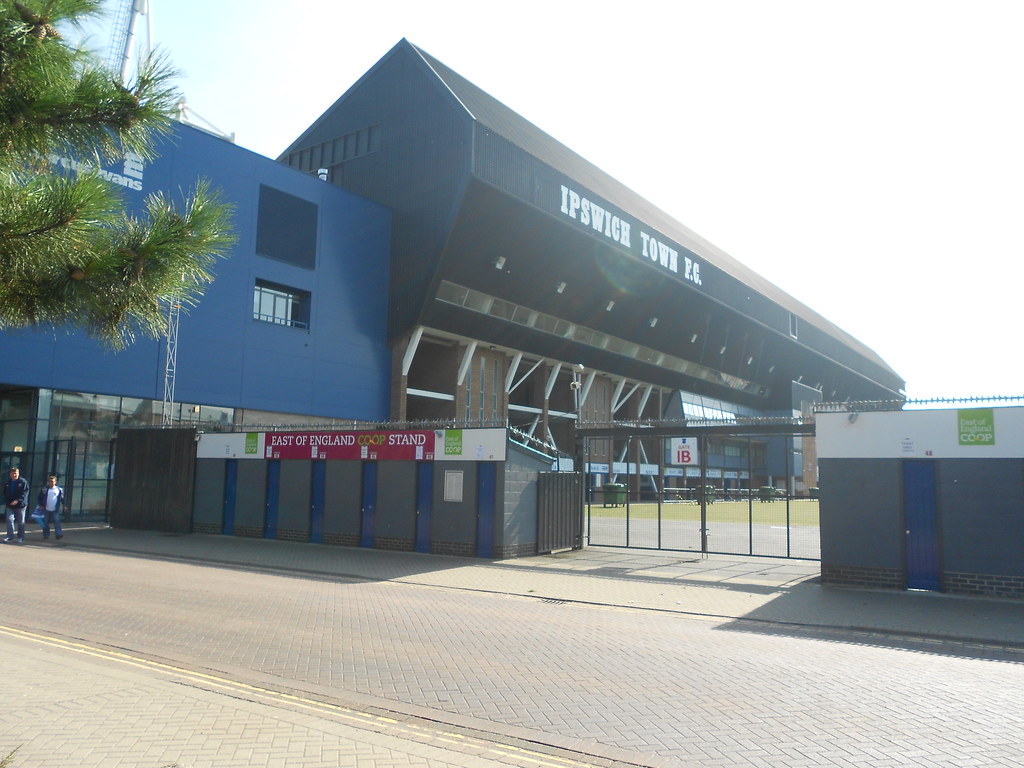 Rear of the East of England Stand

The ground has one of the best locations of any ground Ive been to, right near the town centre, loads of pubs (only criticism would be that most of them had signs up for home fans only, and some were even asking to see match tickets on the door, so even just not wearing colours wouldnt do any good in a lot of places) loads of places to eat, again, couldnt be better. 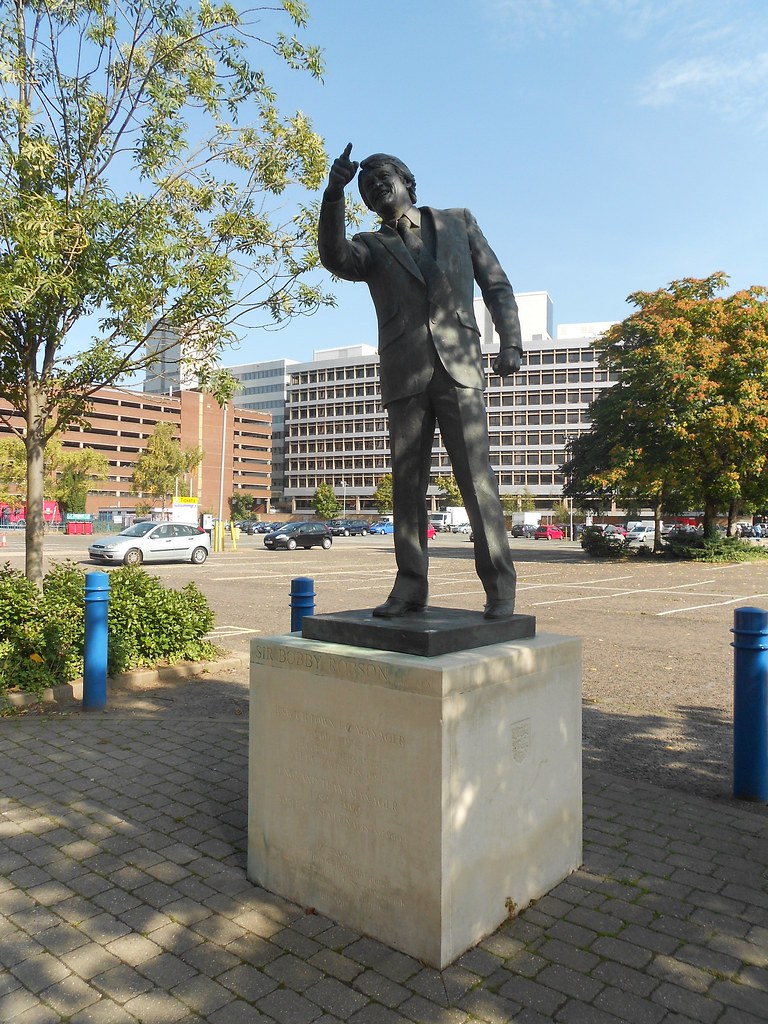 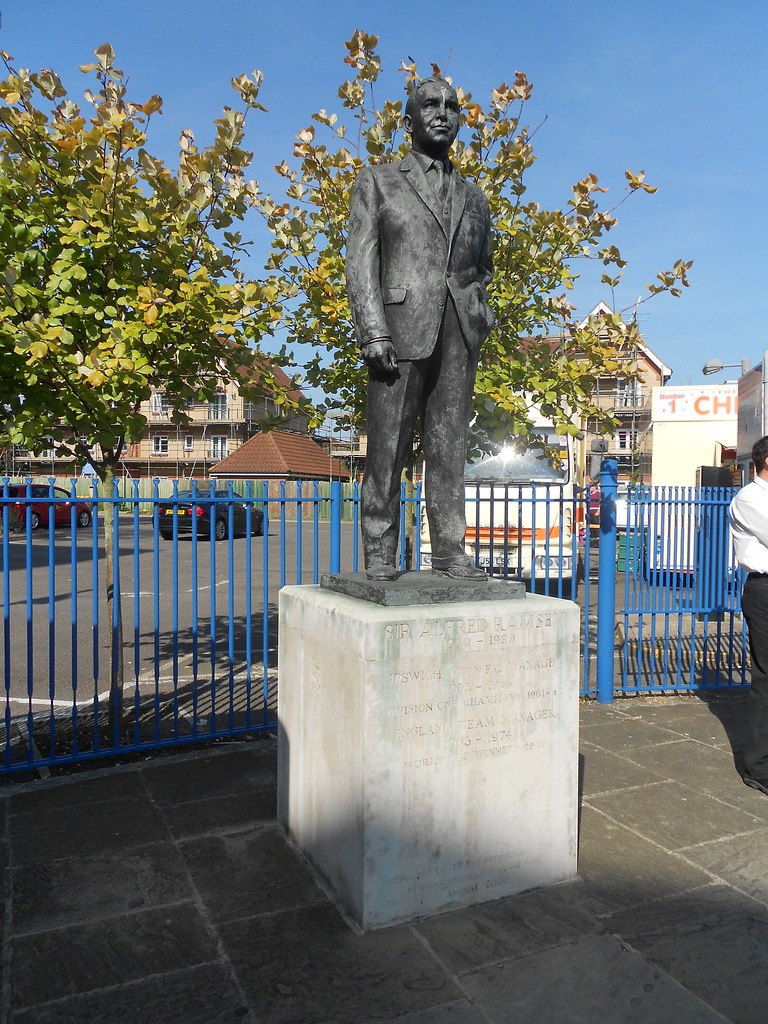 The ground has a very good look about it. The two side stands are the older ones, but still mostly good views, the two tiered Cobbold Stand down one side, which contains the away section, and the three tiered East of England Stand opposite. The stands behind both goals were redeveloped when the club were last in the Prem and both look very similar, with a smaller lower tier, and a big steep upper tier. 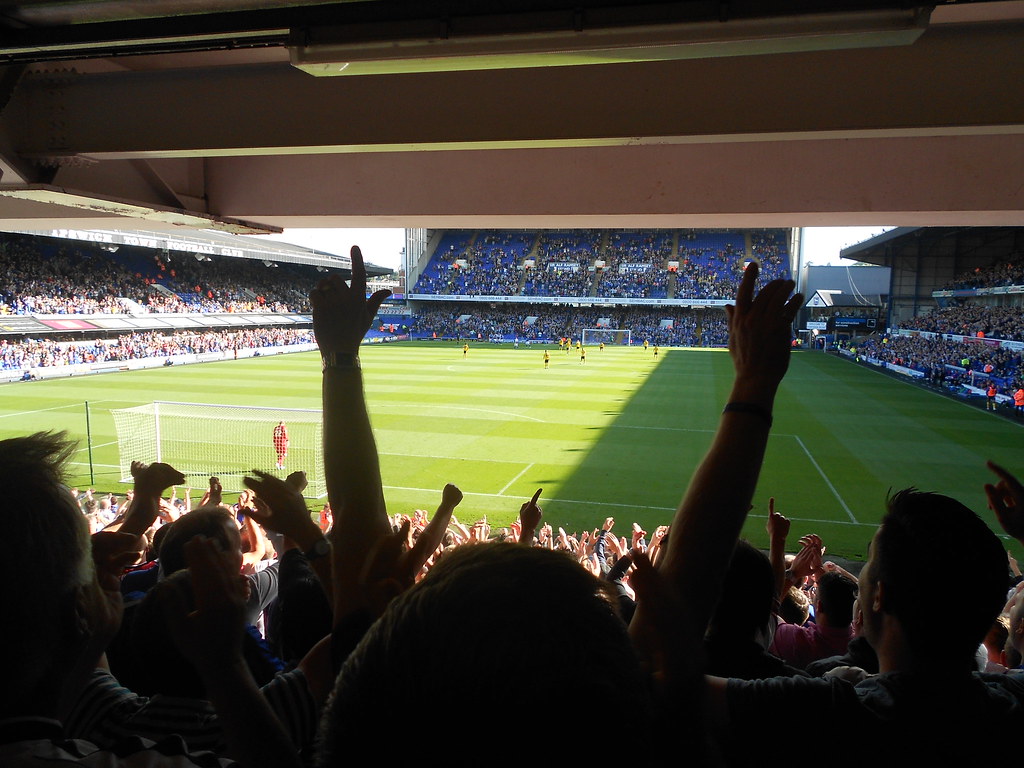 The Sir Alf Ramsey after Ipswich take the lead

Great where I was, in the lower of the Sir Bobby Robson Stand. The whole lower tier stood for the whole game and never really stopped. Brighton fans were poor. 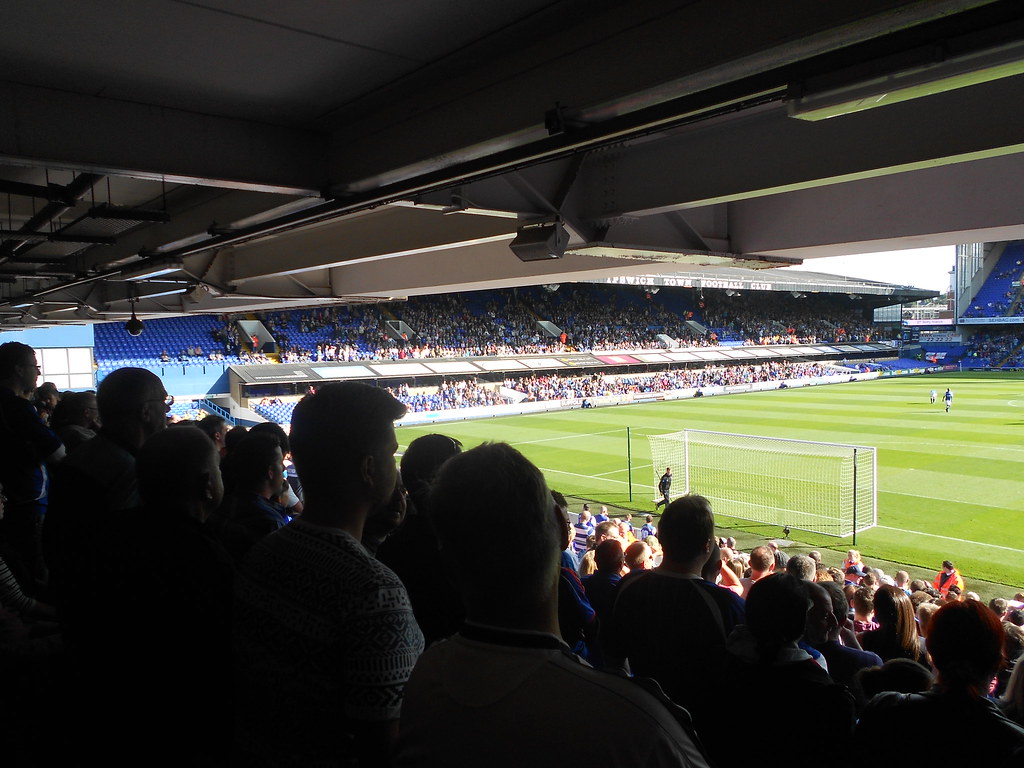 Ipswich and Brighton fans in the Cobbold Stand 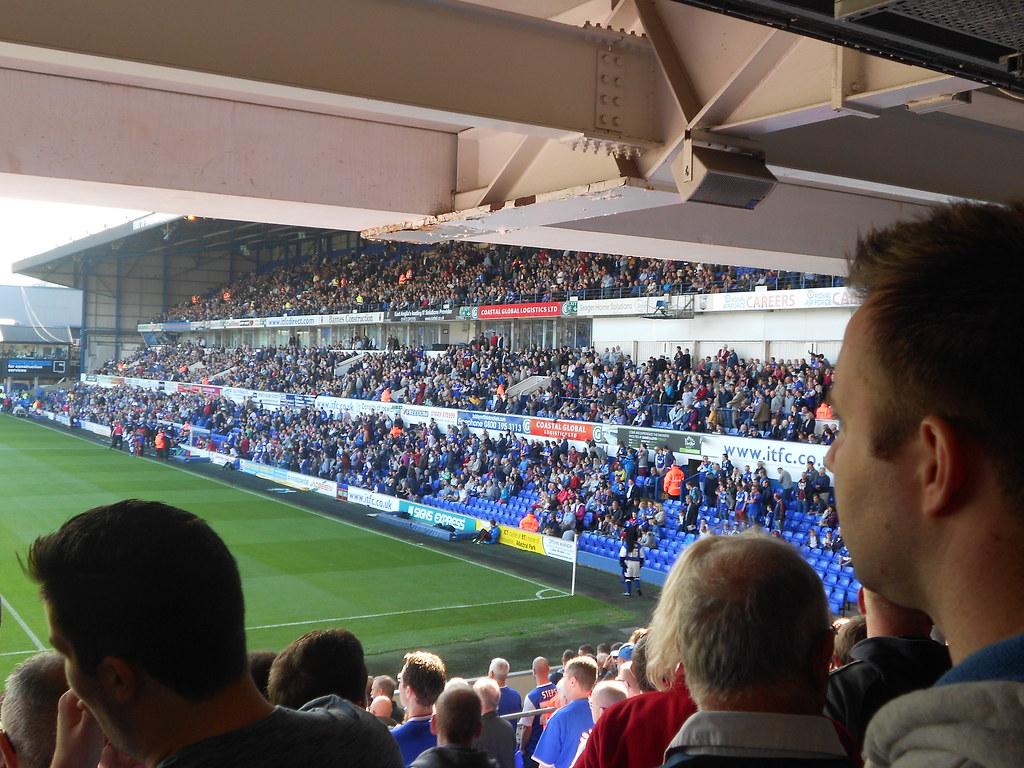 The East of England Stand

Great ground, great location. About the only negative I can find is thats its so far away! Would love them to get back to the Prem and go there more often.
Portman Road Photos
Posted by Unknown at 15:36