Couldnt be easier. Motorway all the way, and the M181 runs right alongside the ground. Parking, there is actually very little of it near the ground bar at the ground itself, which apparently takes an eternity to get out. We parked at a garden centre just past the ground. £2, on our way before 5.15, couldnt be better. 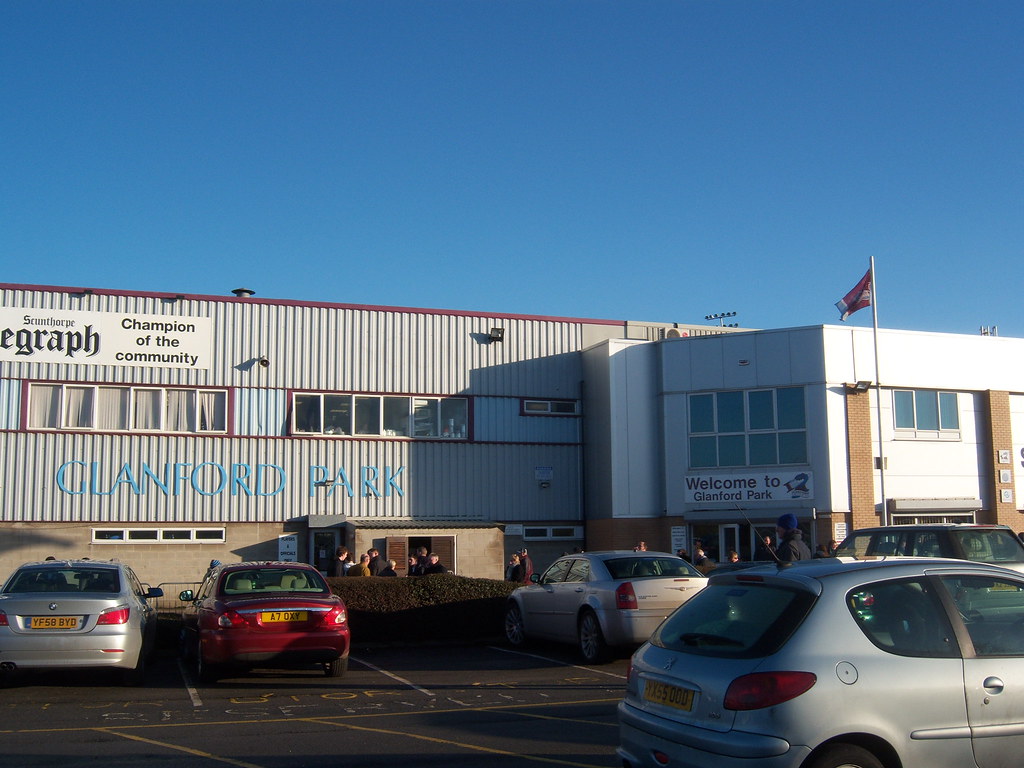 The ground is next to a retail park, so thats your obvious food choice. As for pubs, not so much. There is a pub on the retail park, but they apparently dont let you in with colours, so the only other pub within ages bar at the ground itself is a hotel called the Berkeley a little way past the ground towards town, but Ive never seen a bar more packed, and they didnt even have tellies showing the match. Rubbish. 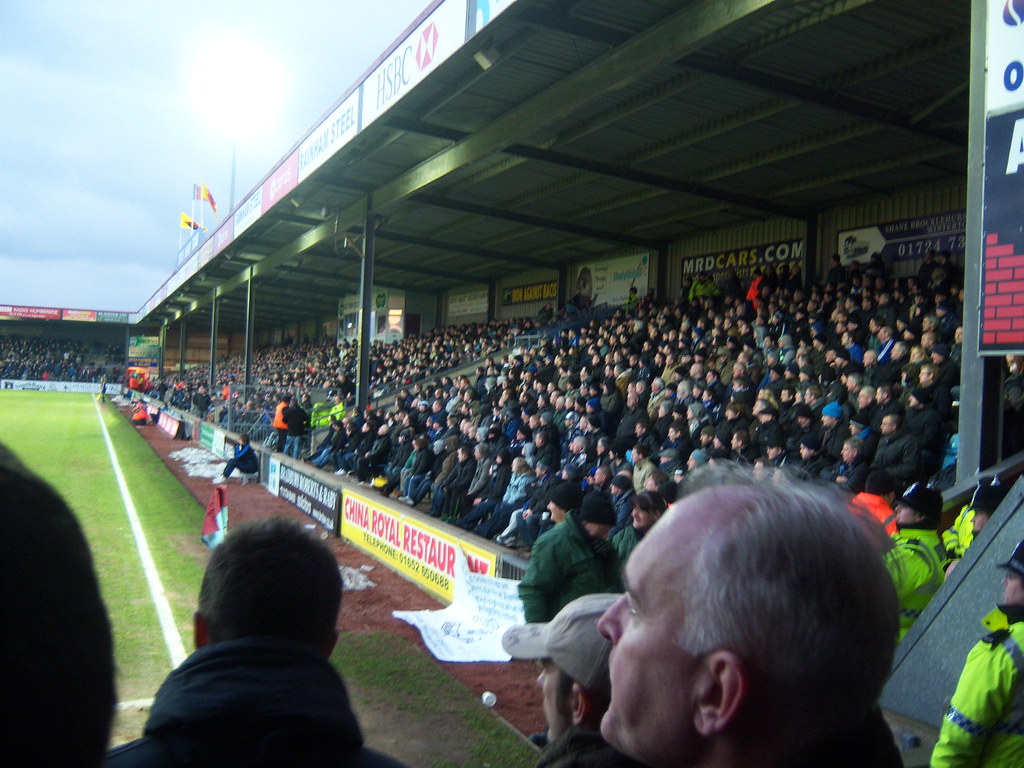 Both sets of fans in the Grove Wharf Stand

Awful. The seats are like Luton, where they have an extra step on each row of seats, making it a bit awkward if anyone wants to get past, its shallow, the bar was ridiculously packed at half time, it basically has very little going for it! 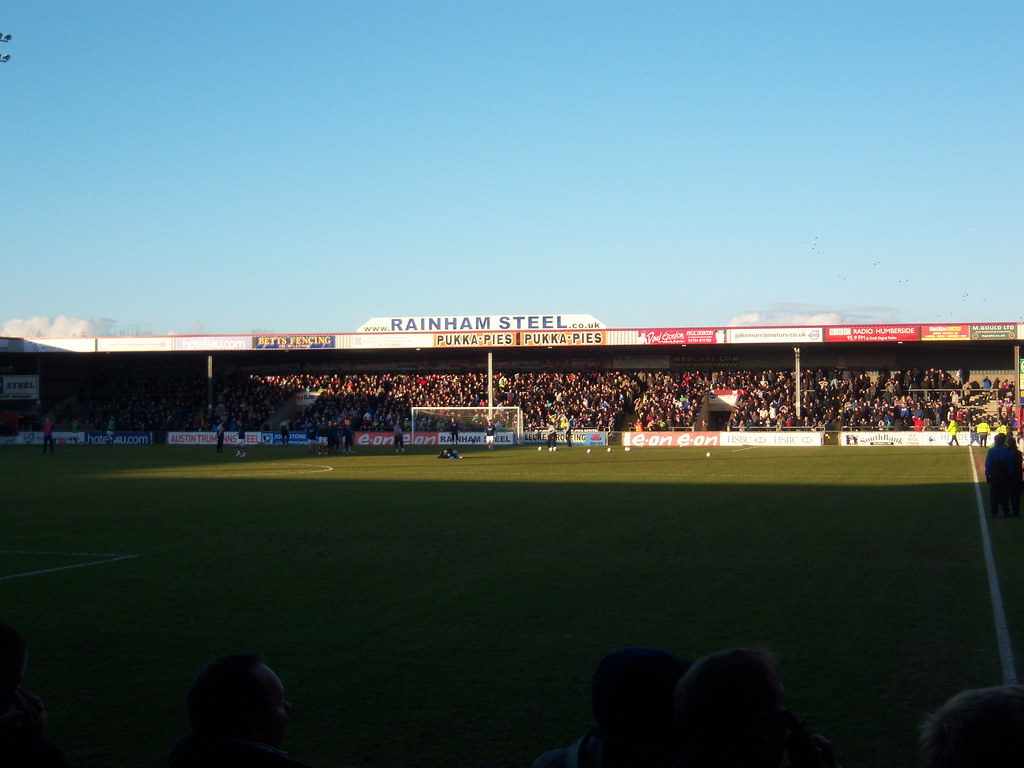 The worst Ive ever seen, and that is no exagerration! Ive been to enough cup ties at lower league grounds to know that they can lift themselves when they get a big draw, but they were as lifeless as the team were. We got going in spells, but it felt more like a pre season game the team made it that easy. 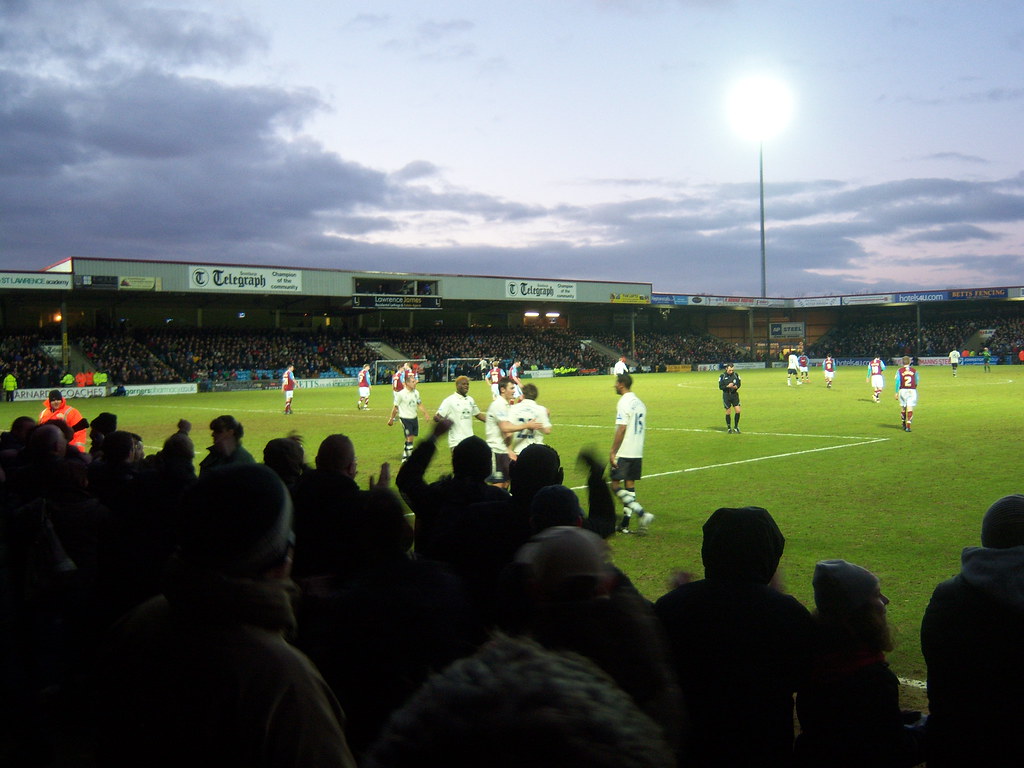 The Scunthorpe Telegraph Stand during a goal celebration

There arent many grounds where I cant find any redeeming feature about the place. This is one of them. Dull and lifeless.
Glanford Park Photos
Posted by Unknown at 11:39