Bit of a trek through the City once you leave the M606, but as long as you follow the signs (or pick up the ones for Keighley A650) you cant miss it. As far as parking goes, a lot of street parking, but there really is a lot of it. There was a small crowd when I went though, so maybe a bit more difficult on a normal matchday. Was late in arriving on my second visit due to traffic, and there was over 17,000 in attendance, but there is a fair sized car park on Midland Road, which still had loads of space and was surprisingly quick getting out too so thats a good backup if you're stuck. 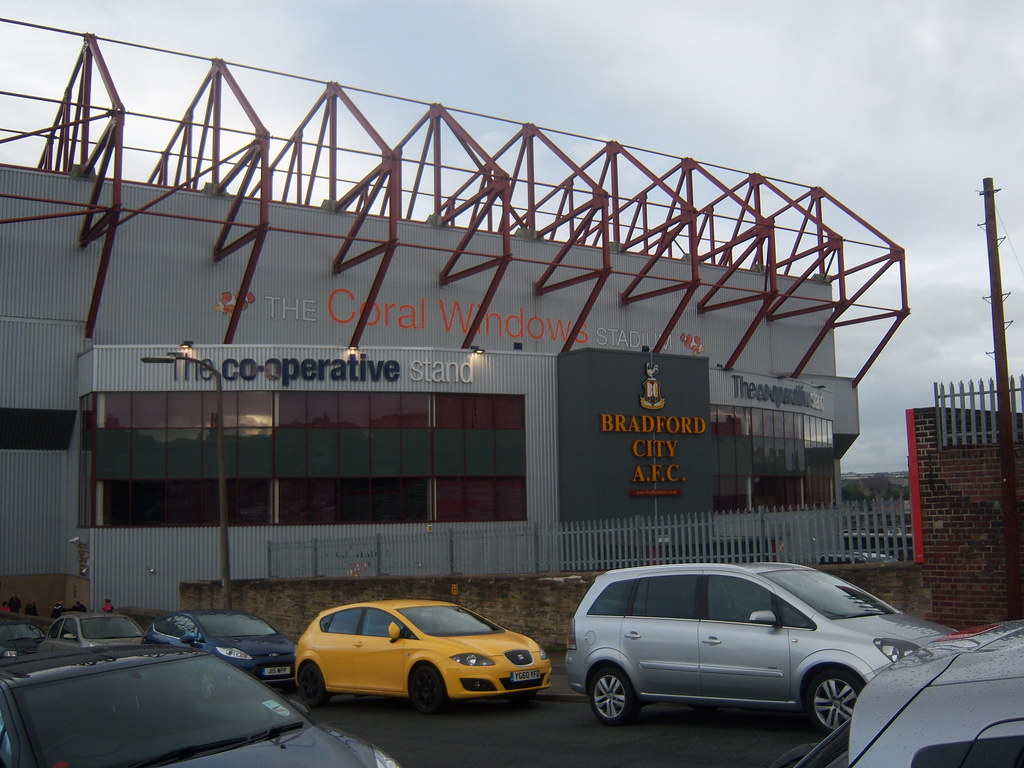 Didnt have anything to eat inside or out, as I had my tea before I left home. There didnt seem to be an awful lot around the ground anyway, had a good walk down Manningham Lane, and didnt see anything but a Tesco and a petrol station, but then again, the city centre isnt that far away, so maybe better heading there. 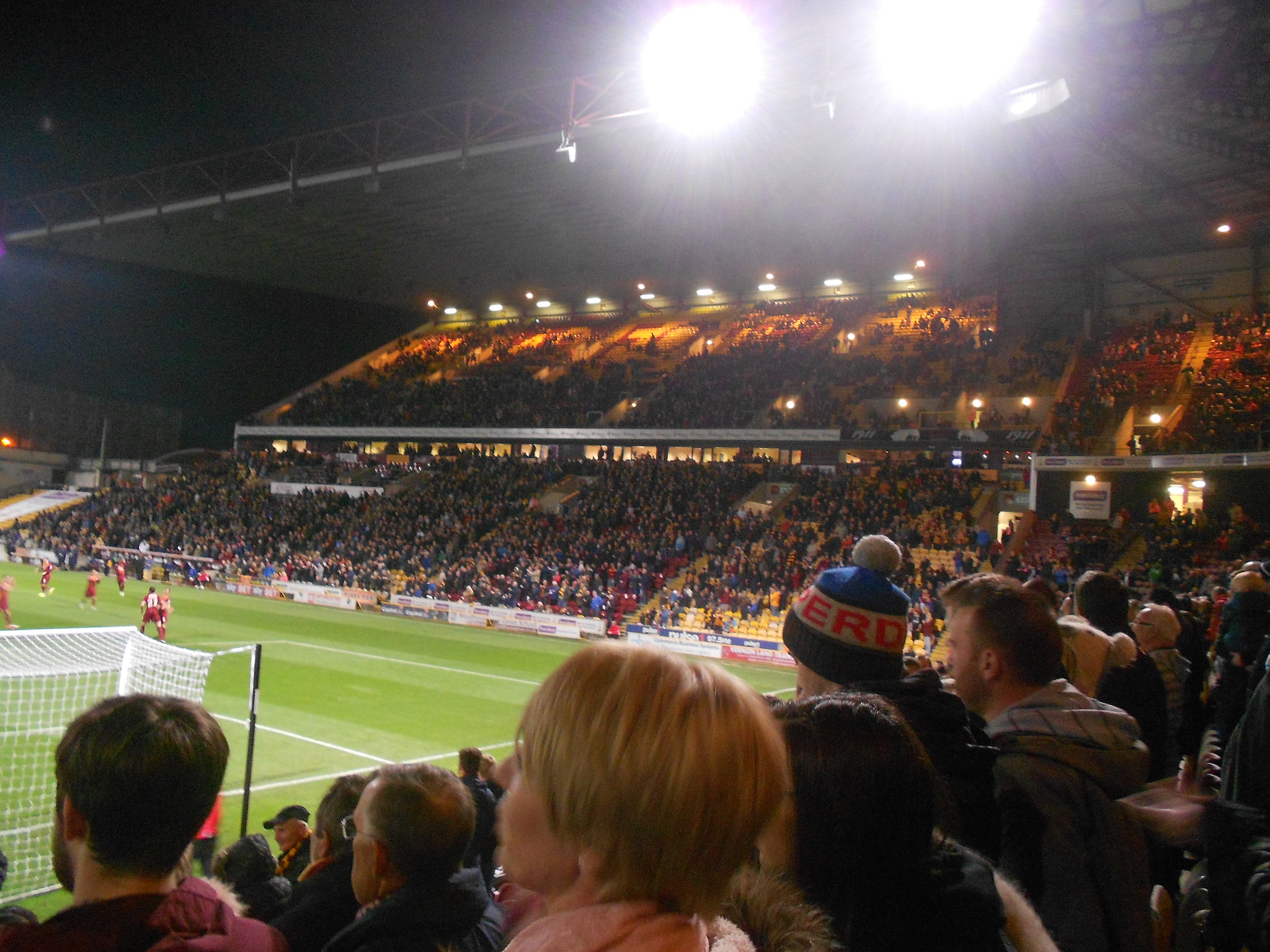 The ground has been heavily redeveloped, especially after getting to the Premier League, so the ground has a strange top heavy feel. The Kop and Main Stand are absolutely huge two tiered stands, the Midland Road is dwarfed in comparison, while the old Bradford End, rebuilt in the early 90s, looks very out of place. Its a decent ground all round though, good views, and even with a tiny crowd, the atmosphere was decent.

As above, despite a pretty tiny crowd in such a big ground,the atmosphere was decent. Probably helped thatonly the one stand was open for home fans, so with everyone being bunched together,the noise wasnt all spread out. The Wednesday fans made plenty of noise as well, so the atmosphere was surprisingly good. Much better when I was back there for a League game. 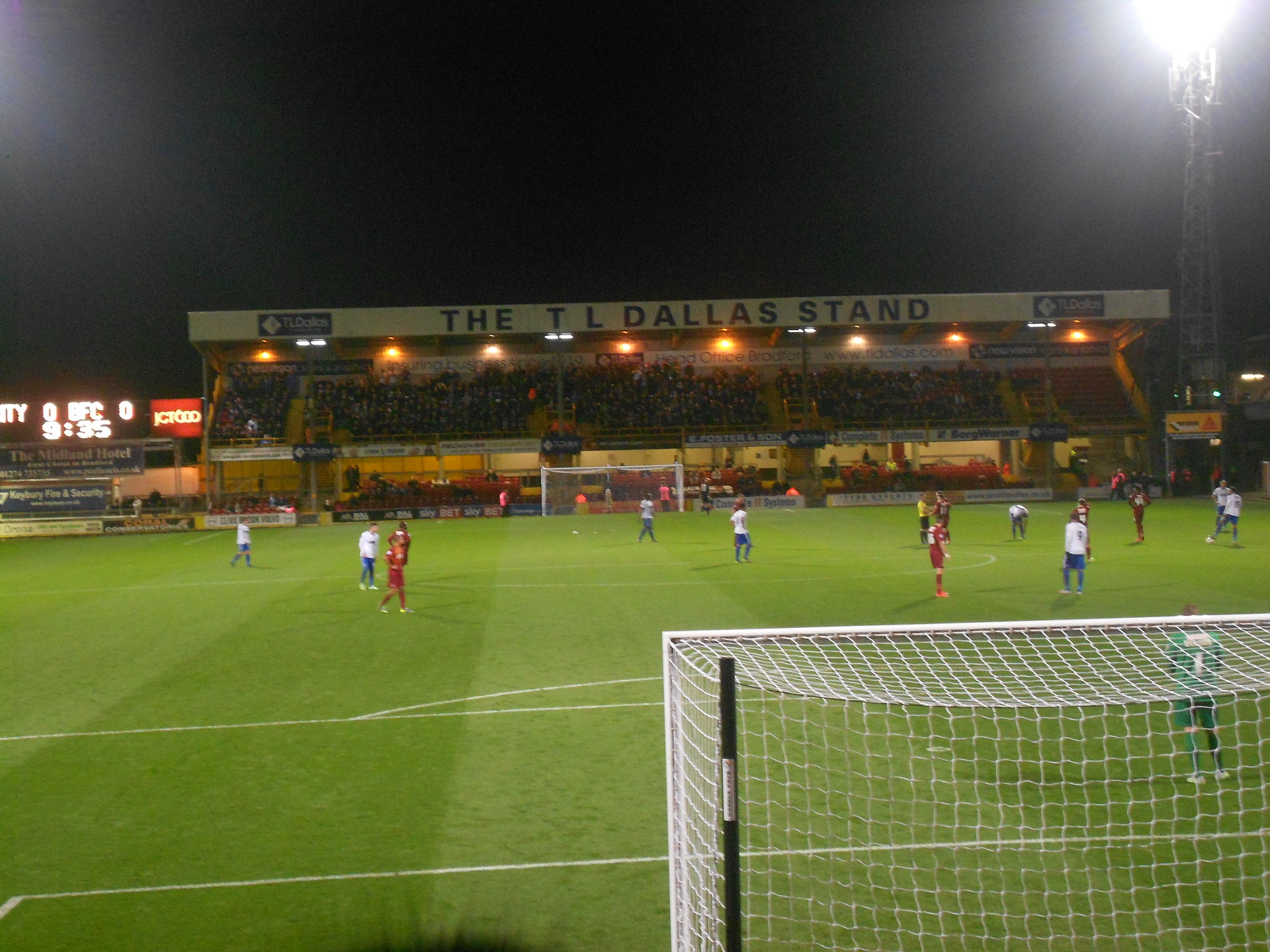 Bradford are seemingly pretty unique in the sense that inside the club shop, they have a cafe, and even better, a club museum. Thought it was brilliant, really well done, quality little exhibition, and well worth anyone having a look. It had been turned into a free school on my second visit though! 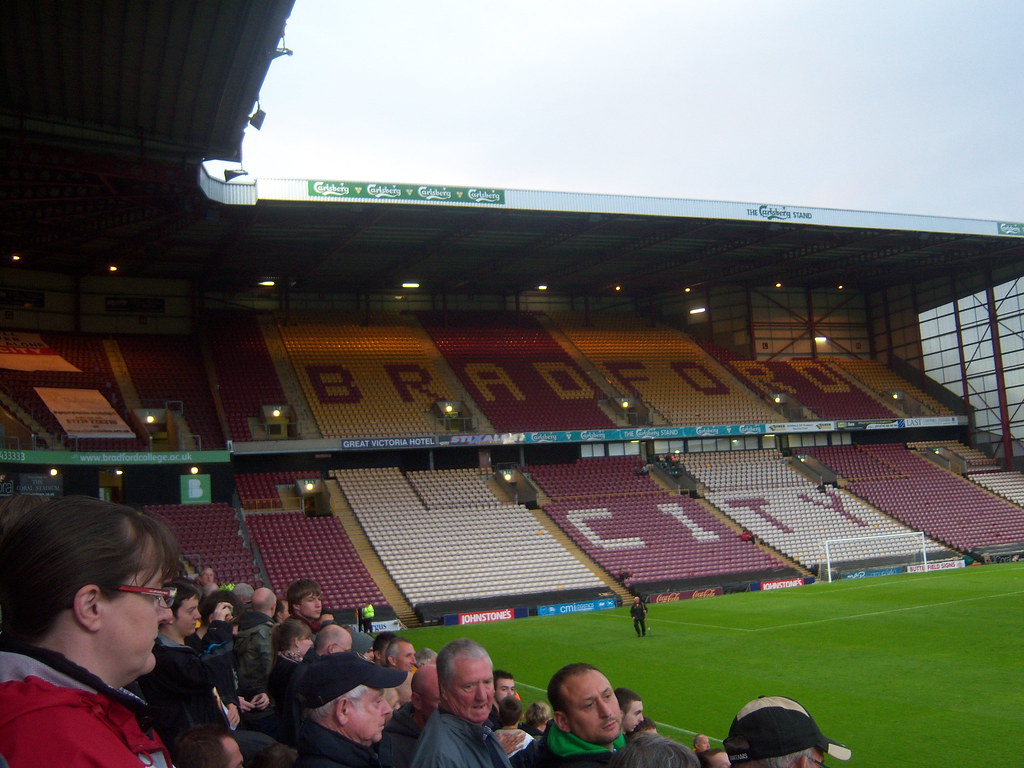 I liked it, decent little ground and trip and would enjoy going back.
Valley Parade Photos
Posted by Unknown at 11:57