Parking at Haig Avenue is all street parking, but there is plenty. Loads in the streets immediately surrounding the ground, and if all else fails, there is tons as well on Scarisbrick Road. If you come by train, the town’s park and ride is down the road from the ground, so even though the town centre is a fair way, its still walkable, or easy enough to reach by bus. Just a side note, as someone who has lived in West lancs all my life, be aware that traffic will be absolute murder all the way from the M58 in Ormskirk if you happen to play Southport on a nice sunny day or Bank Holiday! With the town having no motorway access after you leave the M58, the traffic can get bad on a sunny day when everyone decides to go to the beach! 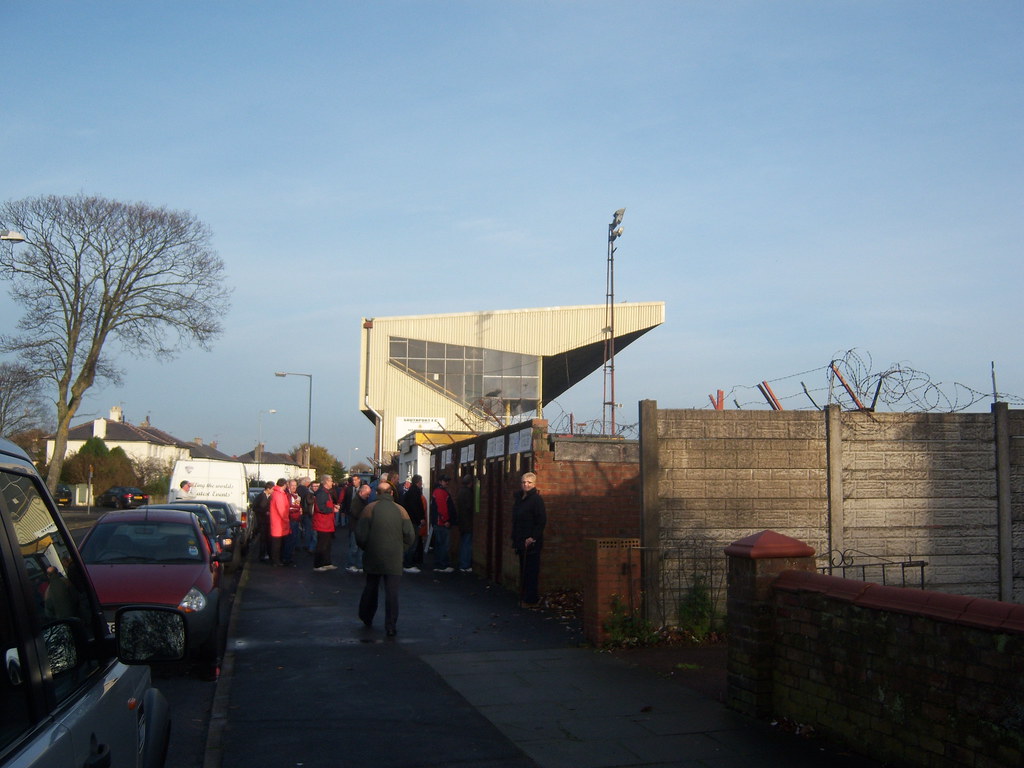 Queuing up at the turnstiles for an FA Cup game with Barnet, 2011

There are a couple of kiosks inside to cater for the fans standing on the terraces, while the Grandstand also has the clubhouse on the side. In terms of pubs, the Richmond is on the main road approaching the ground, or take your pick from a ton in the town centre. 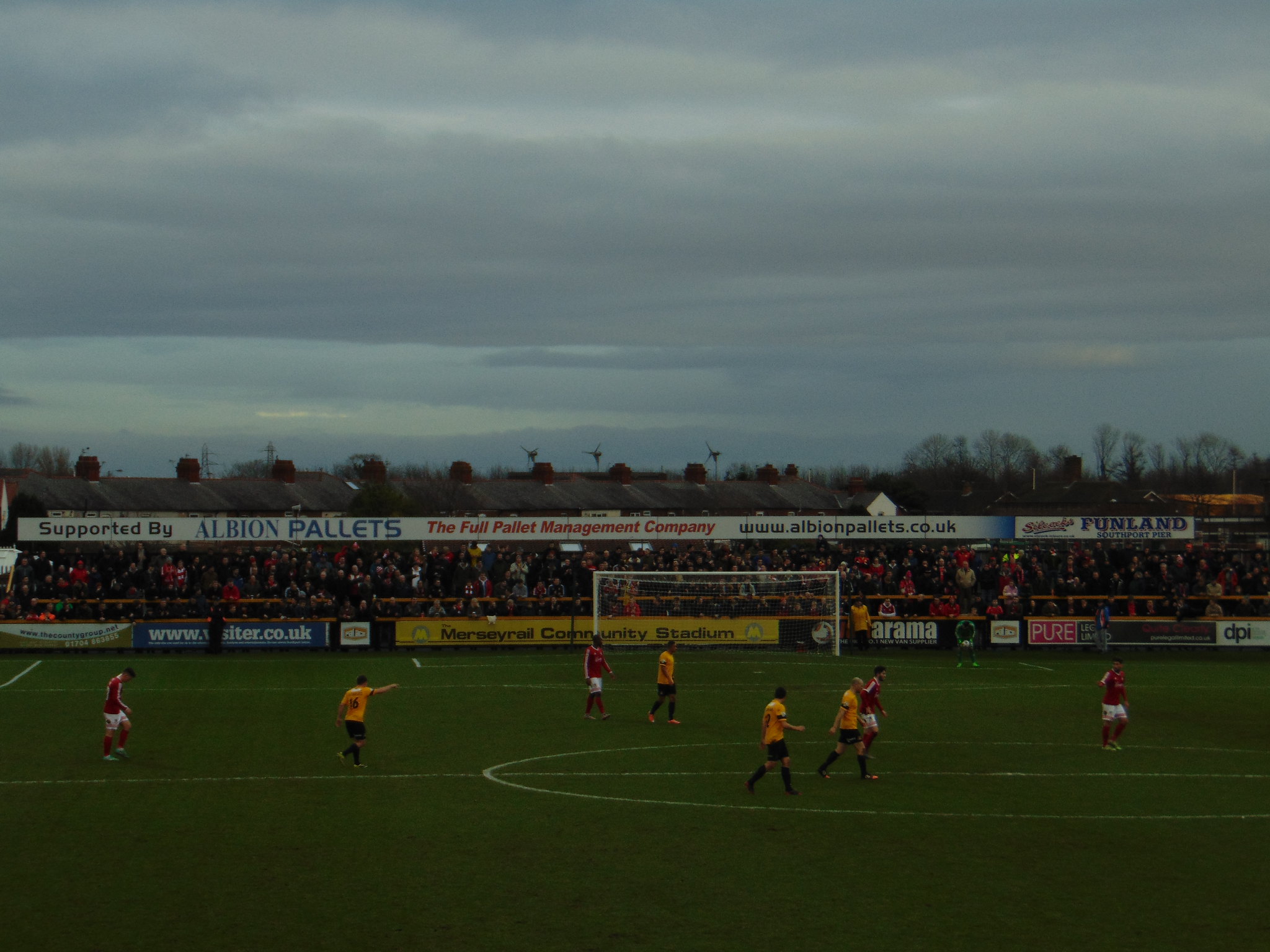 Wrexham fans on the Blowick Terrace, 2016

Classic non league ground. Standing on three sides, two of them uncovered, and the decent seated main stand. Visiting fans have the slightly bleak and shallow uncovered Blowick End, whileth Popular Terrace down the side offers the home fans a similarly bleak experience. The Jack Carr Terrace behind the other goal is much better, being covered so making for a better atmosphere, steeper steps so a better view, and generally a bit cleaner and less slippy as its not as exposed as the other two terraces. Haig Avenue is also the only ground I think Ive been to with definite stands, where the stewards werent fussed about fans standing at the front of the stand on the walkways during the game. 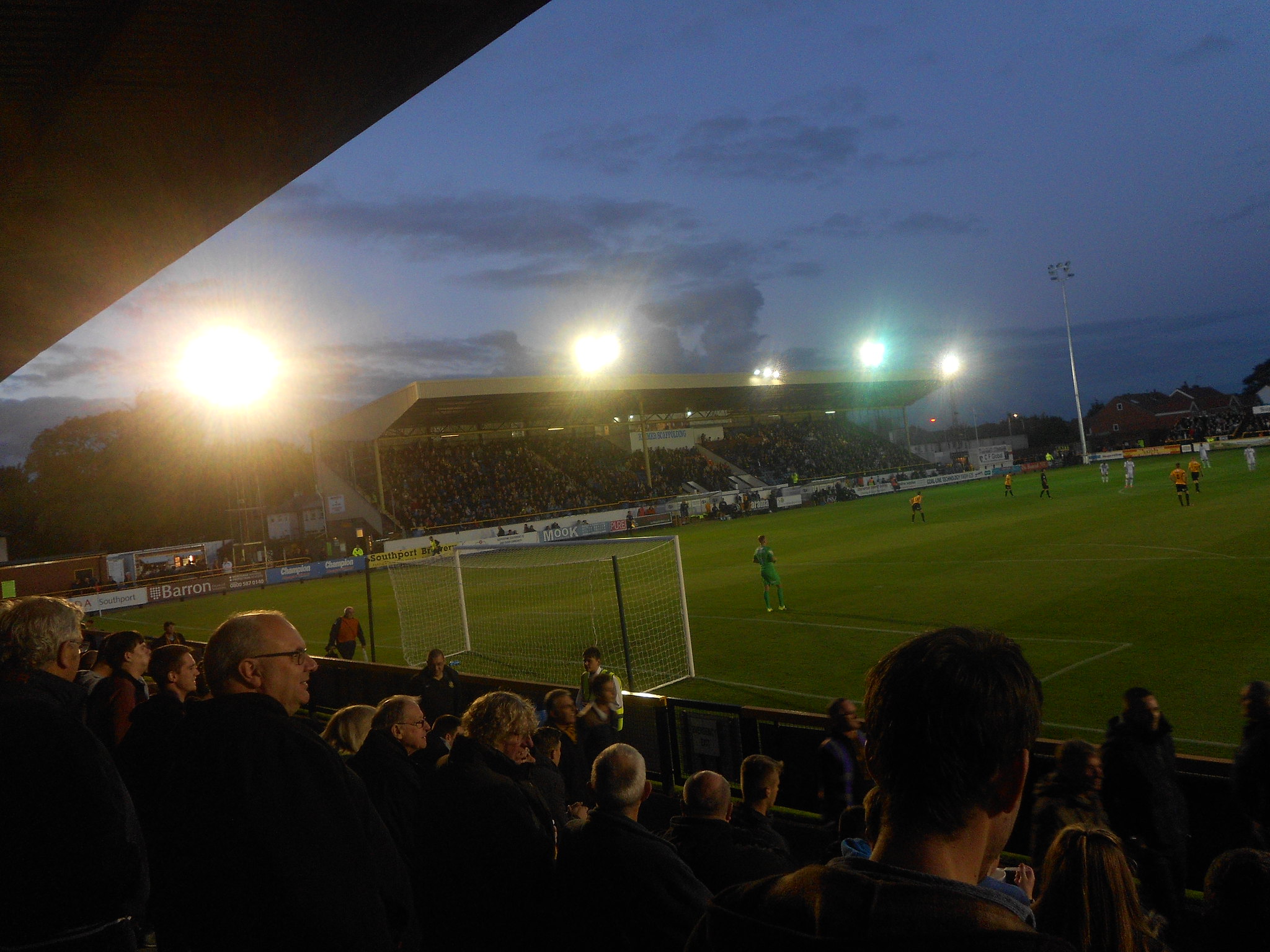 The Grandstand against Tranmere, 2015

It was fantastic in the Jack Carr Terrace during the first half as Southport were attacking that end, but it died in the second half when most vacated to go into the Popular Terrace for the second half, and being uncovered, the atmosphere suffered. Likewise from the away fans, who didnt bring a lot anyway. 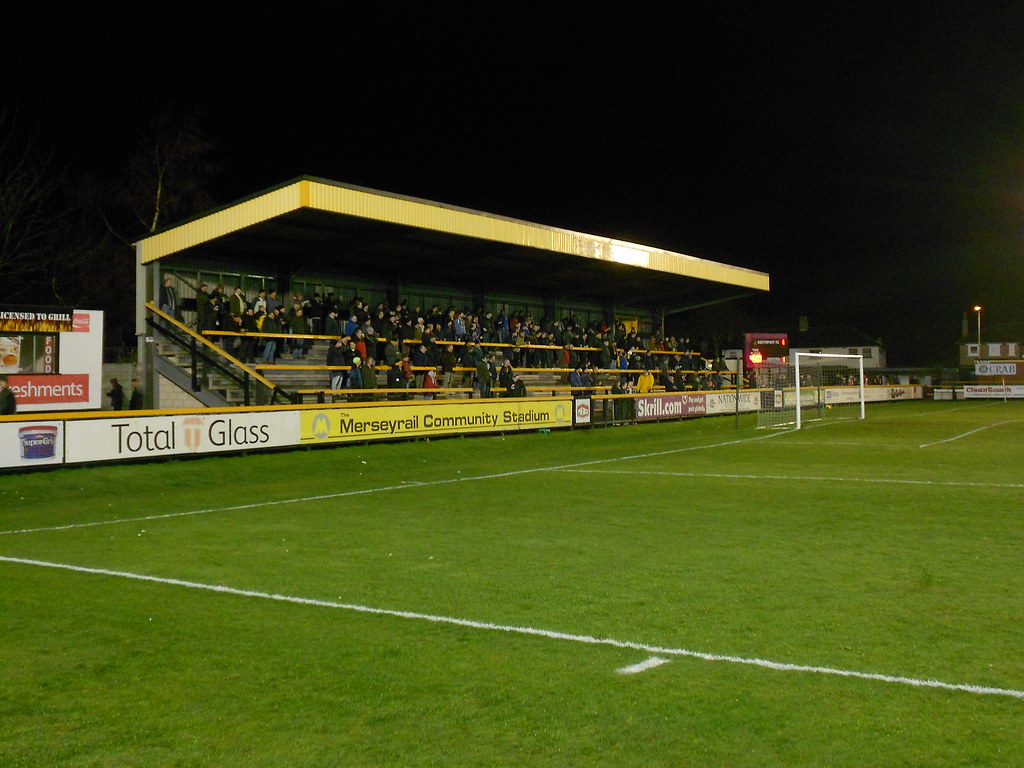 The Jack Carr Terrace against Grimsby, 2014

The Popular Terrace against Barnet , 2011

Not a bad ground for Conference level overall, and a decent enough town for watching football.
Haig Avenue Photos
Posted by Unknown at 12:33