Ironically, its probably better than it was at Knowsley Road. The new stadium is right near the town centre, so all the main town centre car parks allow fans to park in them for £1 on matchdays, and the town train station is only a 5-10 minute walk away. Despite parking in the multi storey car park on Chalon Way, I thought getting out after the game would be a nightmare but it was surprisingly smooth. 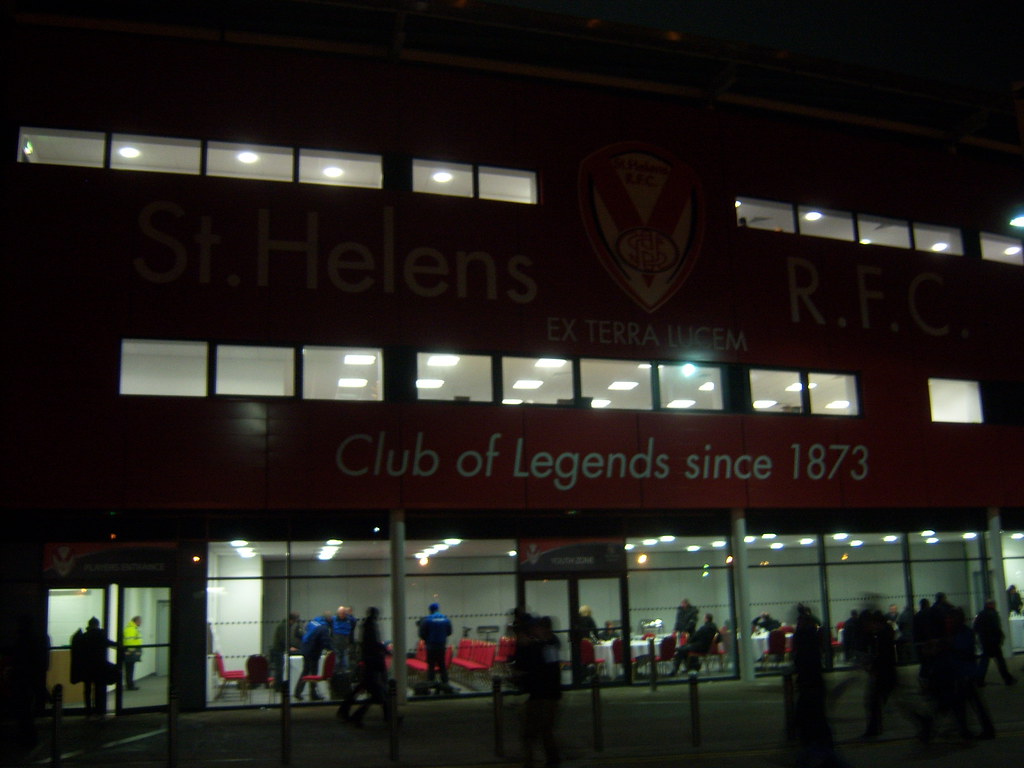 Not enough bars on the concourses really, so it was very slow getting served, I got the wrong pie (which wasnt all that good either when I finally got the right one!) but there was at least a fair bit of choice, more than at most grounds. They sell Irn Bru as well, which is never a bad thing! 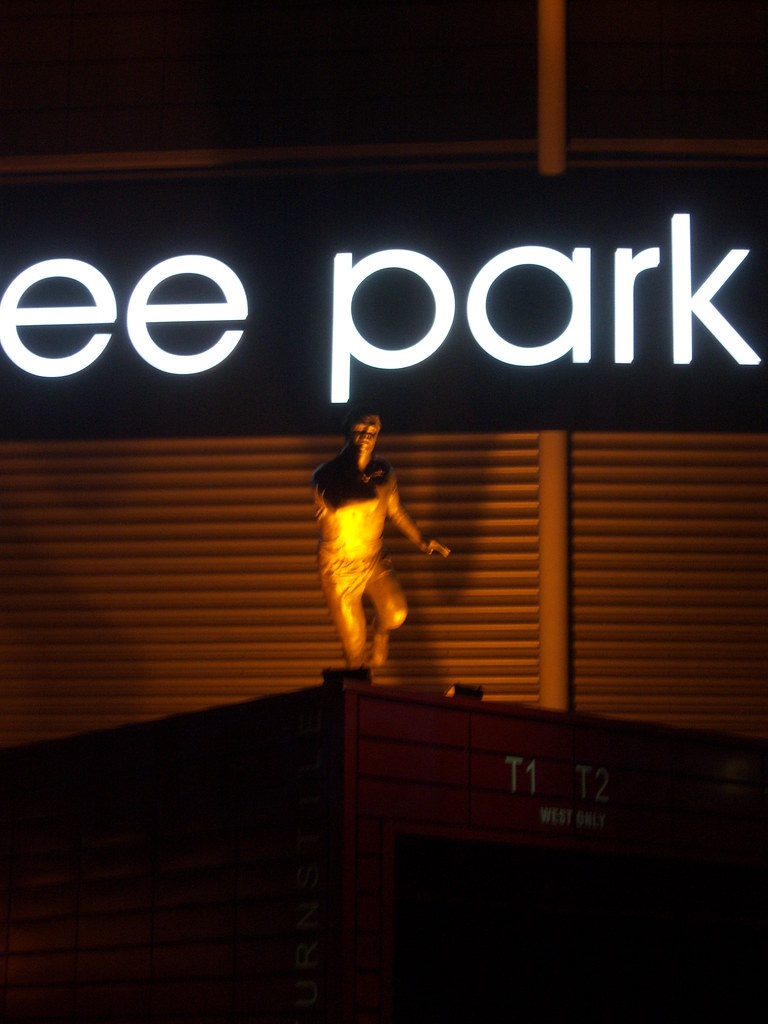 None of the charm of Knowsley Road! Its functional I suppose, and looking a lot like most of the other new breed rugby grounds in recent years. Two seated stands along the sides, with a fair sized terrace at either end behind the posts. 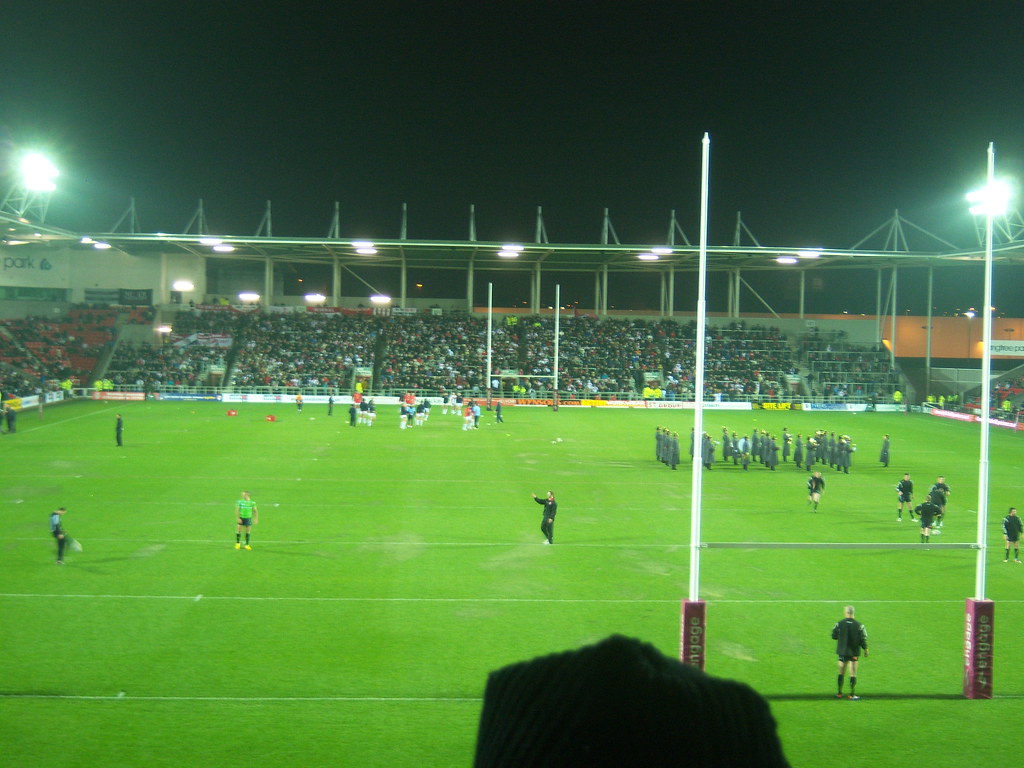 Packed terrace long before kick off

Very disappointing actually. Expected it to be rocking, with all the pleasantries before kick off and with it being the first game at the new ground and so on. But all the noise came from the tiny little pocket of 200 or so Salford fans, who to be fair, never shut up, even in the second half when their team had capitulated. 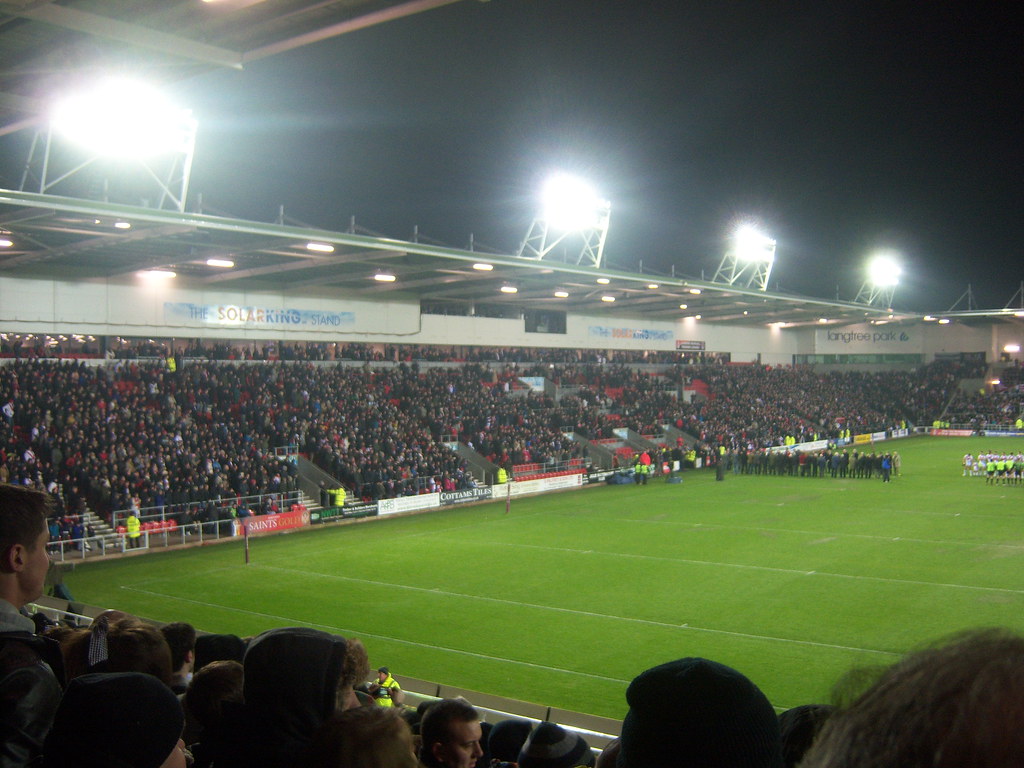 The bridge that links the town to the stadium has been named after inspirational club legend Steve Prescott. 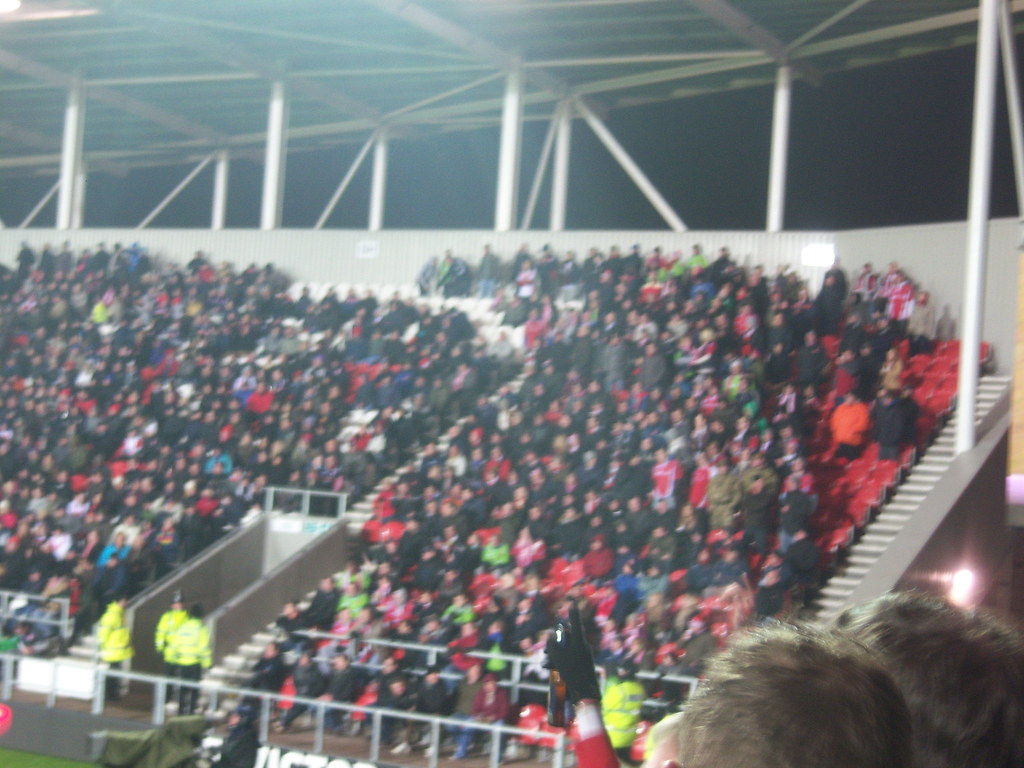 Small pocket of Salford fans in the seated stand

I was a bit disappointed. Of course the facilities and even the infrastructure around the ground are far better than it’s predecessor, but just none of the heart.
Langtree Park/ Knowsley Road Photos
Posted by Unknown at 12:40