The ground is mostly surrounded by residential streets, but despite a lot of double yellow lines, there is still plenty of free street parking. Alternatively, the city centre is just across the river. 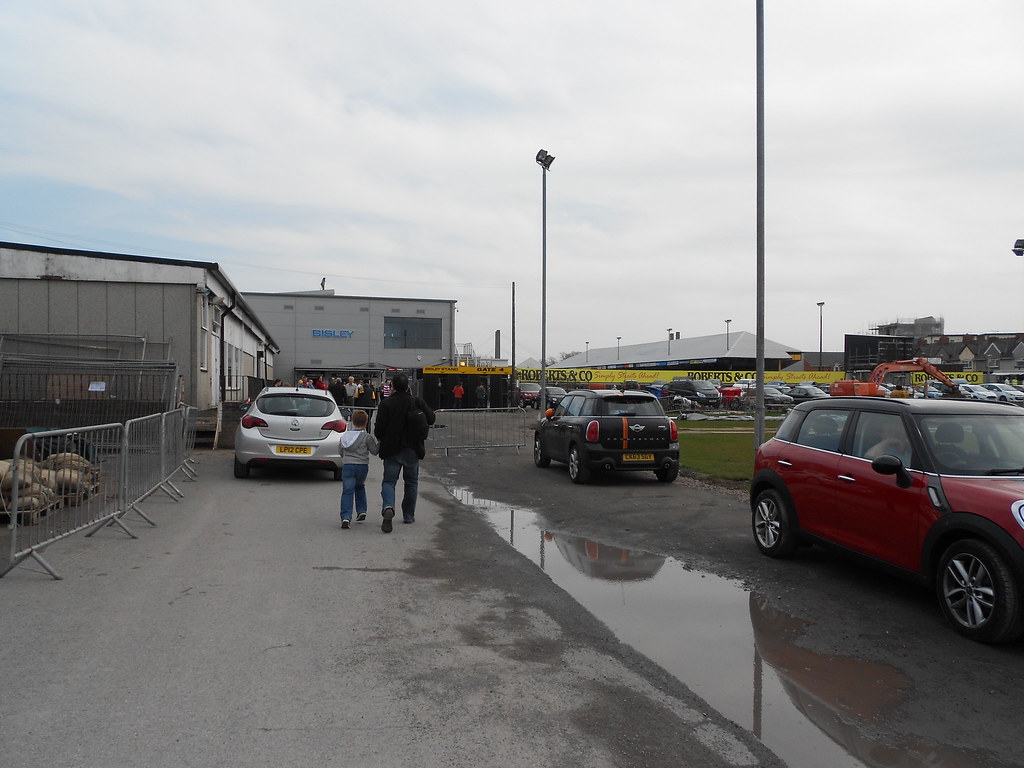 They dont do pies...what the hell kind of football ground dont do pies FFS? Just typical scabby football ground burgers. Vile. So you’ve been warned, go to one of the takeaways on Corporation Road before you go in. Couple of bars on the ground’s property, mostly associated with the rugby club who Newport share the ground with. 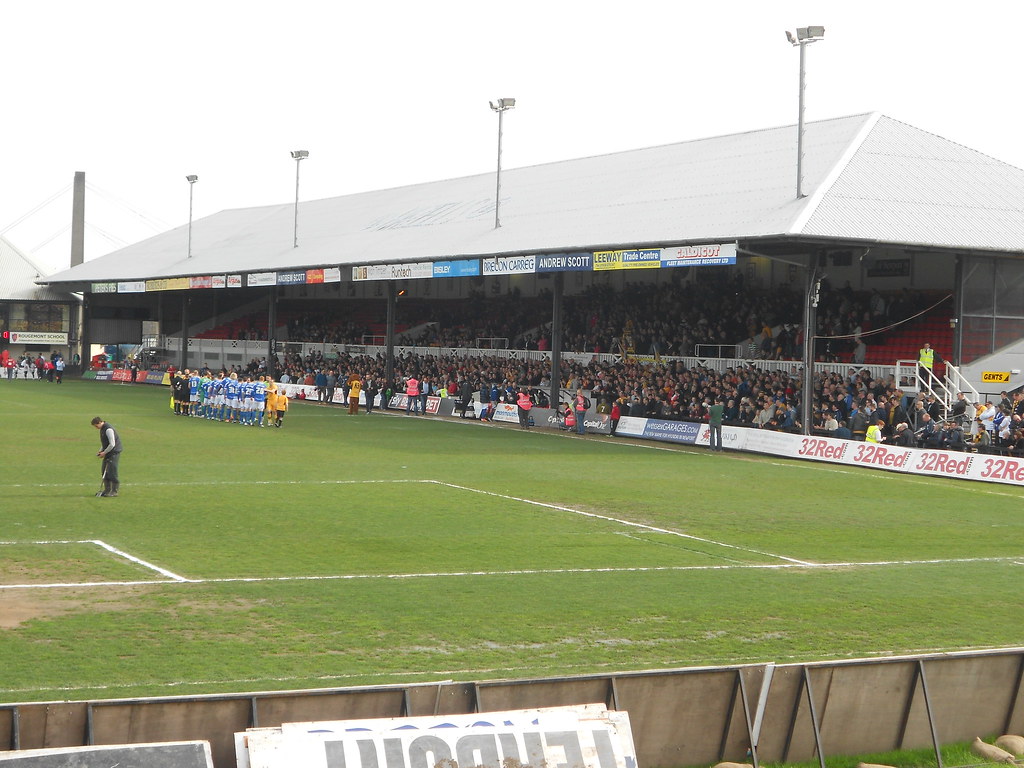 The teams line up in front of the Hazell Stand

For a start, the ground has a very odd setup, in that because its a rugby ground, and generally made for being able to walk all the way around, but since Football League regulations dont allow that, there are temporary metal fences and lack of signage all over the place. Took me until half time to realise that fans on the Town End terrace where I was were actually supposed to go down into the inside of the Bisley Stand to use the facilities. So you effectively could still walk all the way around the ground. Lets be blunt, the ground is a dump, it isnt very nice. The all seated modern Bisley Stand is the main centrepiece of the ground, and is split between home and away fans. The rest of the away fans are given the very charming uncovered temporary seats at the South end of the ground. Behind the other goal, the home fans have a very small uncovered terrace, both stands behind the goals are miles from the pitch with it being a rugby ground. Only really the old school Hazell Stand I really liked, classic old fashioned seated upper with terraced lower at the front. 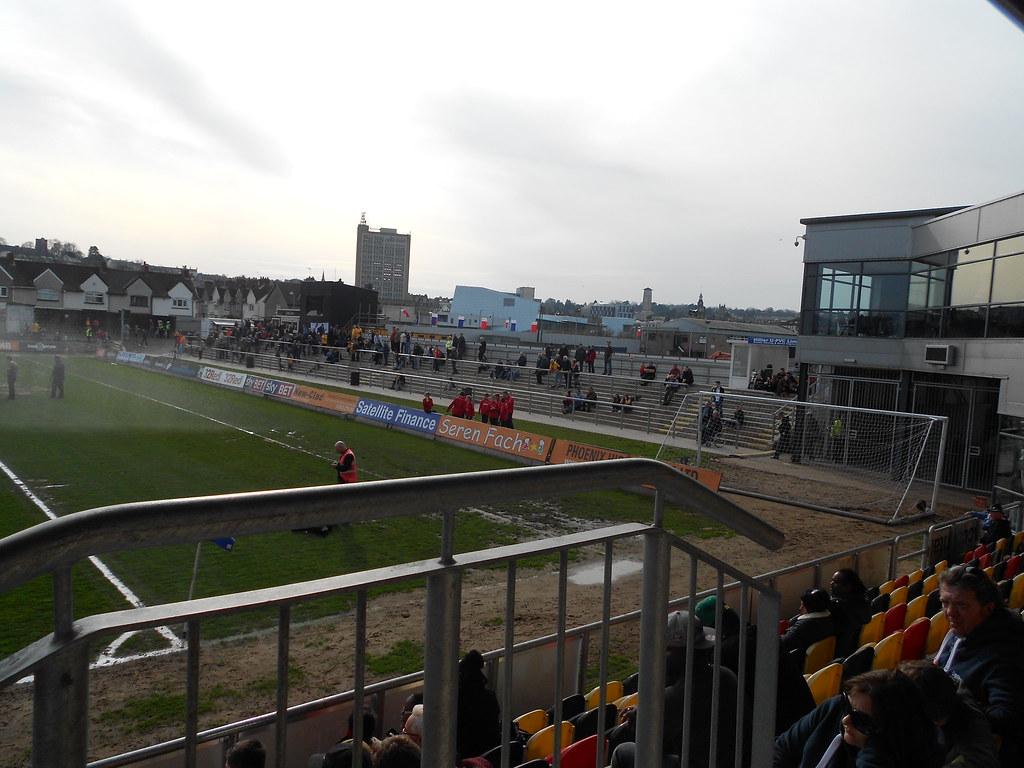 The Town End Terrace at half time

Pretty poor from the home fans. Pompey had over 1,000 at the game though and it was their first win in quite a while, so they were the ones making all the noise. Spilled out a bit during the game with both sets of fans trying to get at each other early on, then after the game outside the ground. 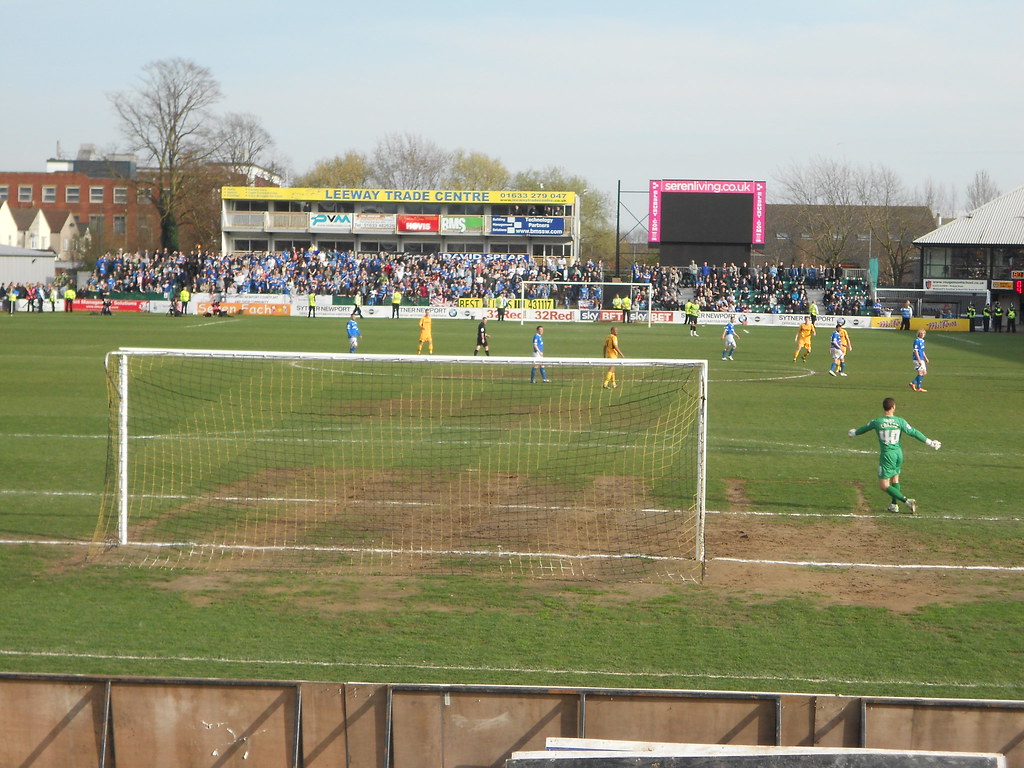 The Pompey fans in the temporary South Stand 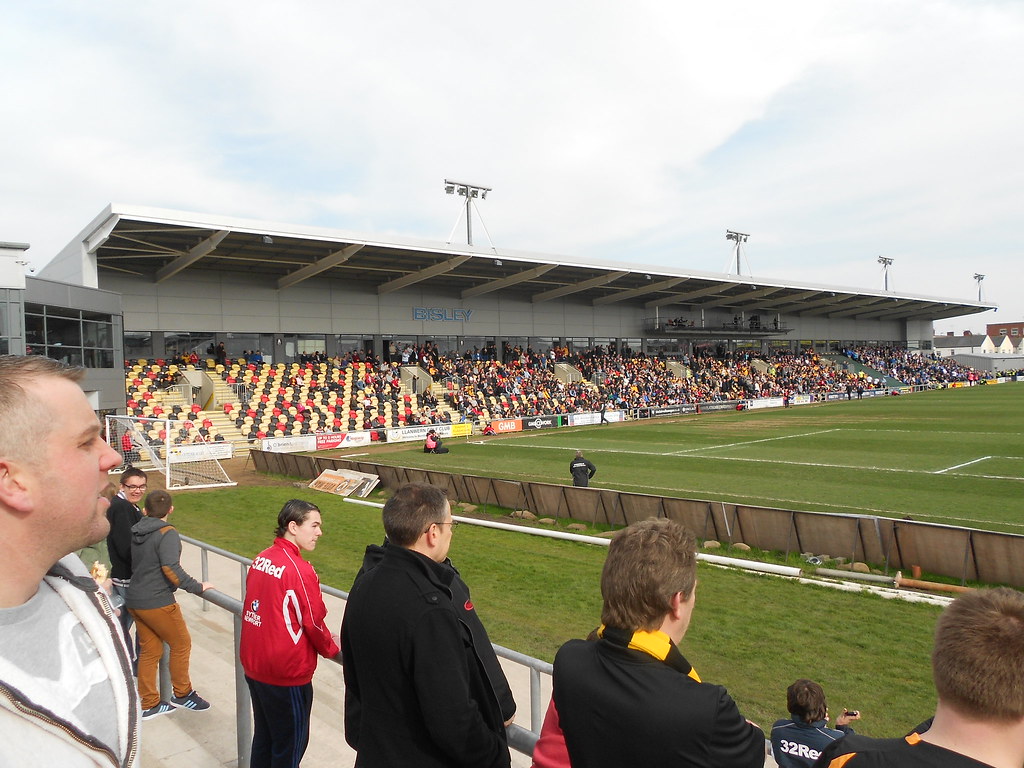 Not a good ground at all. Miles from the pitch, poor atmosphere, feels temporary all over.
Rodney Parade Photos
Posted by Unknown at 16:11